I have a pioneer's spirit and love making things myself when I can.  I've tried making play dough in the past and it's always been a major flop.  Yesterday we were out of playdoh and I remembered Tish mentioning on her blog that she was off to make some play dough.  That was all the inspiration I needed to give play dough-making another shot.
Recipe #1 was, again, a flop.  It was sticky and bread-doughy and didn't work well with playdoh toys.  Jude still had an okay time making and playing with it, but let's just say we're not making that recipe again. 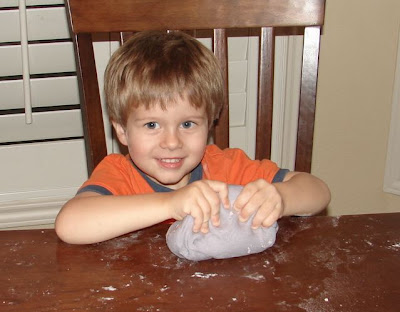 Today, Jude was asking to make playdoh again, so I thought we could give it another shot. I wanted to try this recipe that claimed to be "the best". I was intrigued by the addition of imitation vanilla extract to the mix. I didn't have imitation vanilla, but I had imitation coconut extract. . Here's the recipe and here are some pictures of the results. It wasn't too sticky, especially once it was completely cooled down, it smelled delicious and worked well with playdoh toys.

"And for my next performance, I shall turn this lump of play dough into a swan..." 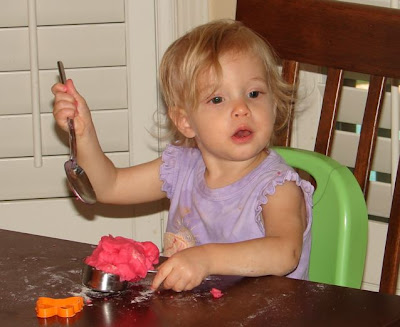 "All of the creativity has exhausted me!" 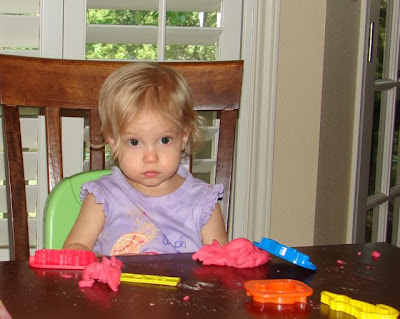