Nesting is a State of Mind

In about a month, we will be leaving to bring our sweet Evangeline home. Our tickets aren't officially booked, but we're pretty sure we'll be leaving on the 18th of February.

When I was entering my ninth month of pregnancy with my last two kids, I went through the proverbial "nesting" stage where I got the intense drive to get organized. At the time, I accredited it to hormones. But I'm now convinced it's a psychological event more than anything, because we are one month away from bringing Evie home and I have been going through some serious nesting.

Jude took this pic of Indi and me while we were sorting clothes for Evie. 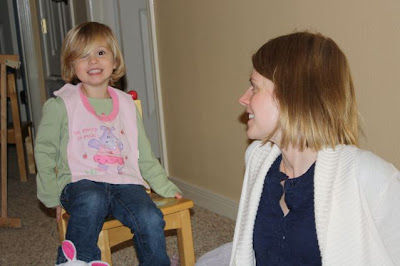 I've been cleaning the house like crazy - organizing the kids' stuff and purging our closets of what we don't need. If you know me, you know this isn't really like me.

I've also been trying to finish up the last of my sewing projects before we leave. The kids asked me to sew some pajama pants for them. They chose the fabrics. Thankfully this was a very easy project. 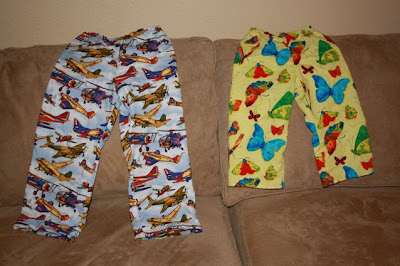 And since we are on the topic of nesting, does anyone care to share their own nesting stories? Were there any preparations that you did that you later found helpful?

The advice that I generally give to moms is to try to relax and take care of themselves, because what babies need most is a well-rested mother. They don't mind dust bunnies nor will they notice disorganized closet. Maybe I need to take my own advice?