The 18th marked one month since Evie has been in our arms. It's really hard to believe one month has passed already, yet it's hard to imagine life without her.
Our transition home has been mostly smooth. I had heard so many stories about the things that could go wrong. I'll admit, I was a little nervous about how it would go. It's not that everything went perfectly, but it was all very manageable. Yes, she had lots of diarrhea for the first two weeks. Yes, we all had to go through scabies treatment, not because we definitely had it, but because both Evie and I had bites that were suspicious. But it wasn't really that big of a deal.
So here's what's happened with Ms Evangeline in the last month.
We are overjoyed to have our sweet Evangeline home. We feel blessed to have her as a member of our family! 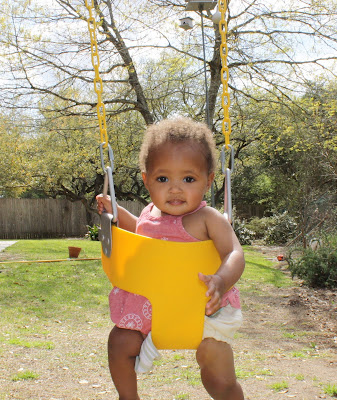 One thing that surprised us was how sweet, kind and helpful that Jude has been with Evie. Since Indigo has been the one who has shown the most interest in babies, we expected her to dote on Evie, but Jude loves playing with and helping out his baby sister. And she's pretty smitten with him, too. 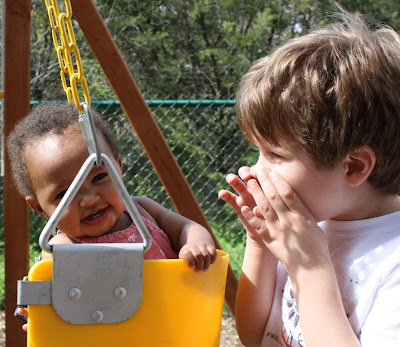 Indigo loves her baby sister, too. 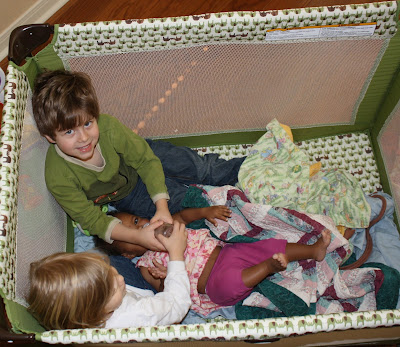