The kids were off of school for spring break last week so we had no trouble staying busy.   Jude took his first attempt at sewing. 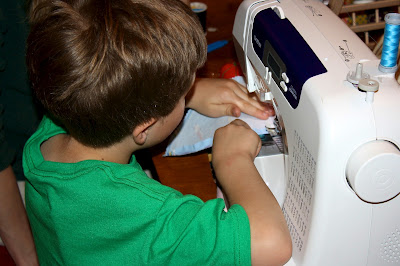 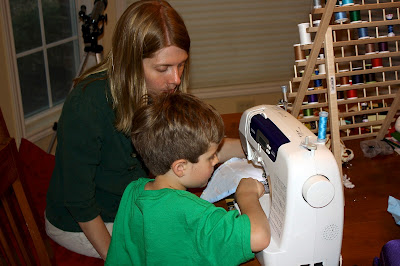 He was actually really good at it considering it was his first time... and that he's only six! He made a pointy party hat using some airplane fabric. It's no where to be found at the moment, so he hasn't been playing with it too much. I guess it's more about the process of creating.

The kids learned about pulling weeds this week.    I thought I'd teach them about earning money, too, so I offered to pay them.  Apparently, that motivated them. 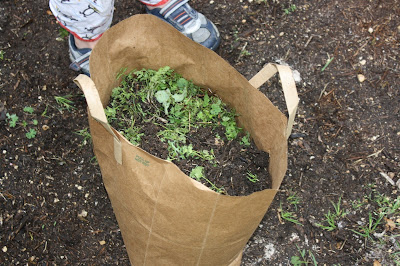 Jude, an aspiring business man, said, "Hey, Mom, I have an idea.  How about we work for you and ask our neighbors if they want us to work for them, too?!"

Evie's been playing with the older kids a lot more (only very recently), which is so cute.   This weekend they made up a song and dance about how the Christmas tree got knocked over.  Which may or may not have actually happened.  Let's just say that next Christmas we will be securing the tree to, well... something.

Evie's also been making a lot of funny faces to try to get us to laugh.  It works. 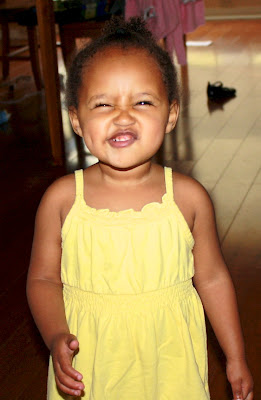 While in Ethiopia, we picked up some art.  We absolutely love it and finally (after over a year home!) got it framed.  Here are the before and after shots. 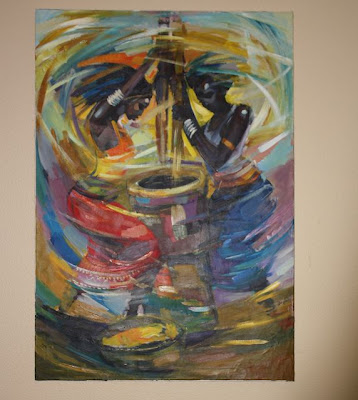 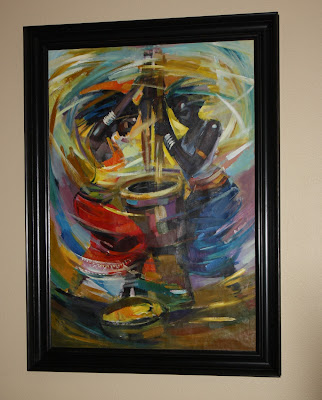 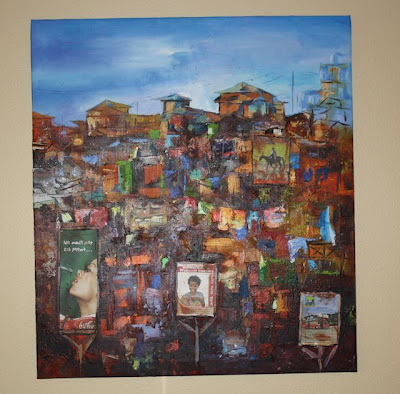 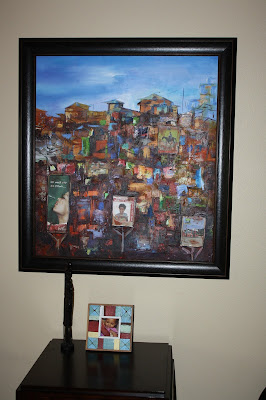 For Christmas, I asked Dan for a large world map for our dining room wall.  Dan grew up  in Liberia and went to boarding school in the Ivory Coast.  One of his sisters was adopted from South Korea and both of his sisters live in Asia now - one in Thailand and the other in Cambodia.  Most of my family lives in Wisconsin and Dan's family in the States live in Florida.  Of course, Evie was born in Ethiopia.  So I wanted the kids to have an idea of where all of these places are.  We got the map framed along with the Ethiopian art. 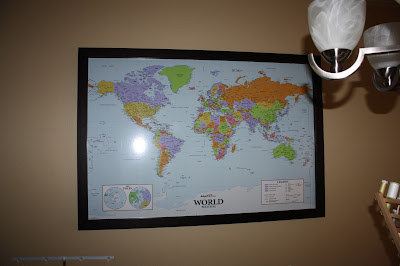 Speaking of Ethiopia, a couple of months ago we connected with a family through our adoption agency who offered to pick up some traditional Ethiopian clothes for my kids while they were in Ethiopia for their court date.  As we exchanged emails, we learned that both of our daughters are from the same city in Ethiopia - Harar.  Dan traveled to Harar while we were in Ethiopia to see the city, as well as investigate the details of her first story (with a translator/guide).  With the corruption going on in Ethiopian adoption right now, I am so grateful that he did that.  The area was under a travel advisory by the Embassy at the time.

While this family was in Harar investigating their daughter's first story, our daughter came up in conversation.  I can't really go into any more detail because we don't share E's first story publicly.  We feel like it's her story to share, not ours.  But let me say they brought us back an amazing gift which included some very positive, wonderful information that we had never heard before.  We absolutely treasure it and know Evie will, too, someday.  So as a very tiny thank you, I made her daughter (who's not yet home yet) this dress, as modeled by Evie. 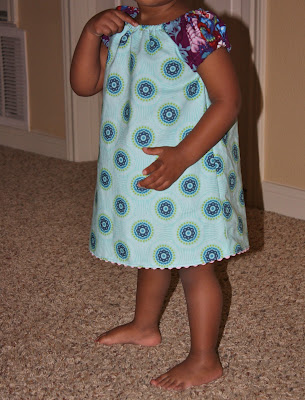 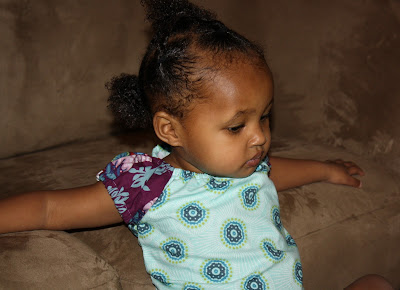 That pretty much sums up the happenings around here this week.