There's no place like home... except when there is

It all started the last week of May.  We were going to move into an apartment for a week (ten days max!) while we had some work done on our house.  Our appliances had been on their way out for months.  Our bathtub was broken and the tiles in our bathroom were in need of repair.  It was supposed to be an easy enough job.

We should have seen enough episodes of HGTV to know better.

This led to that, and dry rot needed fixing, and while we're in there are very expensive words, we've learned.   The climax of it all was when they discovered a handful of gas leaks and told us we could have had a home explosion.  Indigo responded with, We would have had one way tickets for a family of six to heaven!

So there you have it!  It's going to be a few more days (weeks?) before I can happily click my heels three times and declare - There's no place like home! 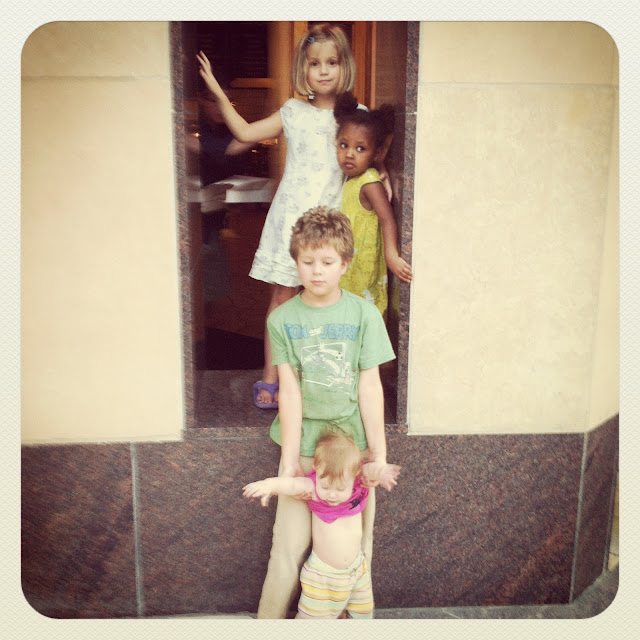 outside a restaurant after a dinner out