A Fail of Epic Proportions

Sewing is a lot like learning an instrument.  In the beginning you're clunking out scales, trying to remember which finger goes where.  You play more wrong notes than right ones.  It requires lots of mental energy.  But you practice, you grow, and with time you can sit down and play a piece by memory.  Your fingers instinctively know where to go.  What once required deep concentration is now relaxing and natural.

After sewing almost daily for the last three and a half years, sewing has become that for me.  There aren't too many surprises anymore.  It wasn't always this way.  When I was new to sewing, I spent more time seam ripping than sewing.  But those days are mostly behind me now.

Until, that is, I stepped out of my comfort zone (garment sewing) into the world of quilting.  This summer I spent so many hours trying to make this quilt.  And I learned, I'm not a quilter.  I should be.  It's in my blood.  I have aunts who sew things like yo-yos and cathedral windows.  They hand quilt... and not my kind of hand quilting using embroidery floss and big stitches.  Oh no, this is the real deal.  Good old fashioned hand quilting, where tiny, uniform stitches are king.

I was finally finishing up my quilt.  It was the crowning moment, the pièce de résistance.  After piecing two of the four final borders I laid it down, heart full of excitement and...

it would not lay flat. 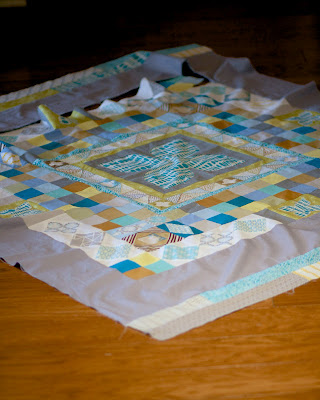 Not.even.close.  I called Dan over.  He's a mastermind at figuring out these things.  He confirmed it was indeed kattywompus.  Capital K, Capital W.   We measured the borders with the on point squares.  One was over an inch shorter than the other three.  I grabbed my old friend Seam Ripper and got to work.  Then I redid part of the border, adding an inch to the length.  I was about to sew it on when Dan said, First, we better lay the quilt out to be sure we fixed the problem. 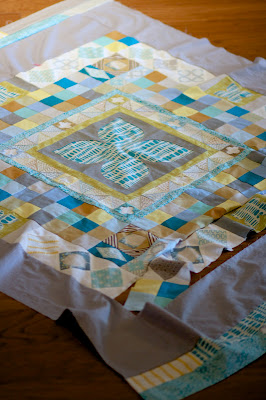 I cannot get it to lay flat.   I got out my straight edge and realized it's no where near square.  And I really have no idea how to fix it.  Dan and I think I'm going to have to take it all apart. 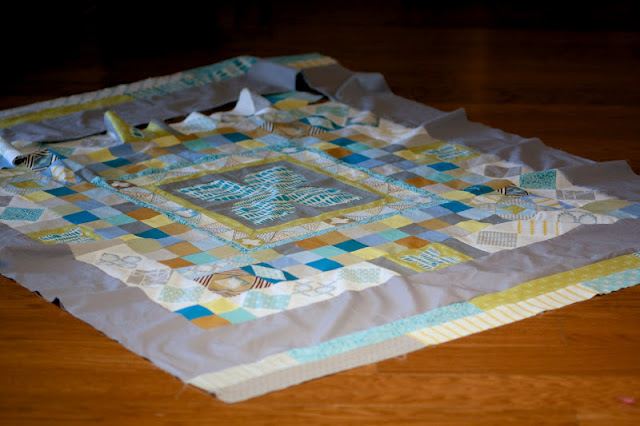 And take it apart I will... I hope.  But for now, this quilt top is folded up and back on my shelf.  Because, have I mentioned, I'm not a quilter?  (For confirmation, see my points here.)  I've been choosing cleaning over sewing with this quilt hogging the space on my sewing table.   It's bad.

It's back to garment sewing, I am.