A couple of months ago I saw these pajamas.  It's not often that I want to copy something exactly, but this time, I did.  When I saw this flannel on sale, I couldn't resist.  I had to make a pair for Jude. 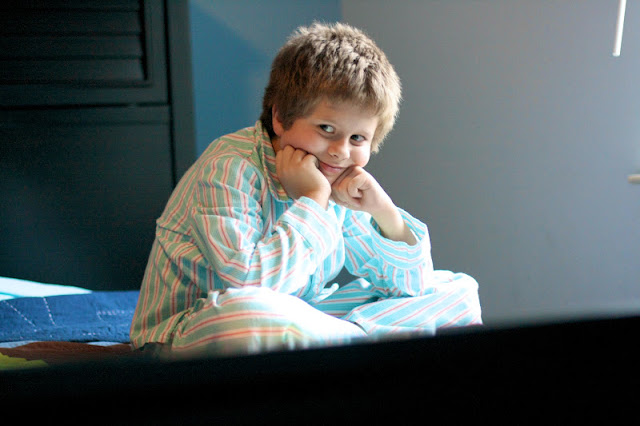 This meant venturing outside of my normal Oliver + S comfort zone into the world of commercial patterns.  Dah-dah-dun (I used this one.) 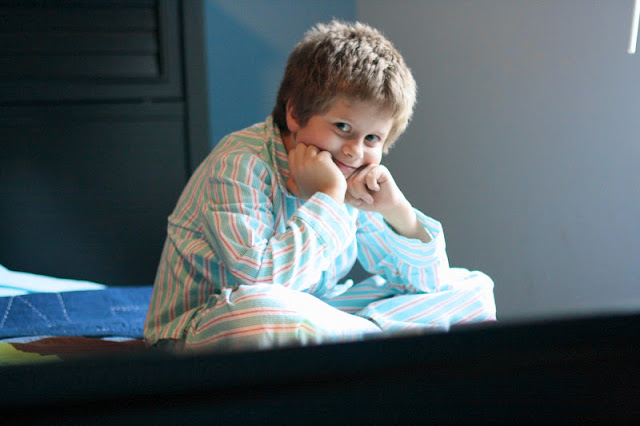 For the first two steps (stay-stitching and sewing the front and back shoulder seams together), I was feeling pretty good.  I chided myself for not being able to understand such patterns earlier. 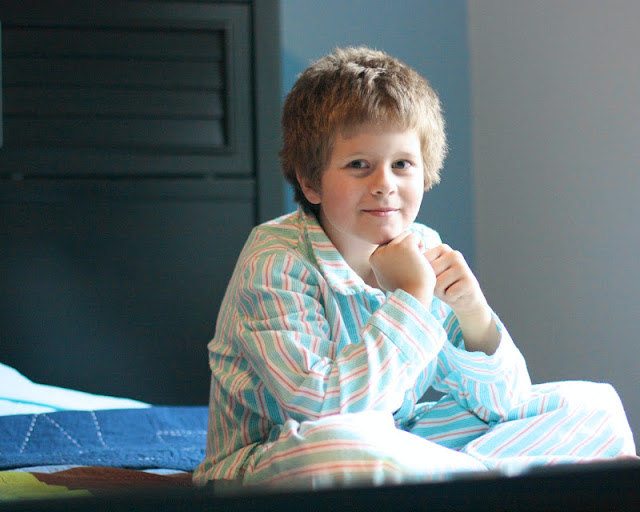 Then I got to step three.  And I wasn't feeling like such a hot shot anymore.  I could not understand it.  I read it again, slower this time.  Nope.  It didn't make sense to me.  I called Dan over and we tried to figure it out together.  We were both confused.  It reminded us of when we ordered a futon for our bedroom for the kids to sleep on if they woke at night.  Dan opened up the instructions on how to put it together and there was this diagram. 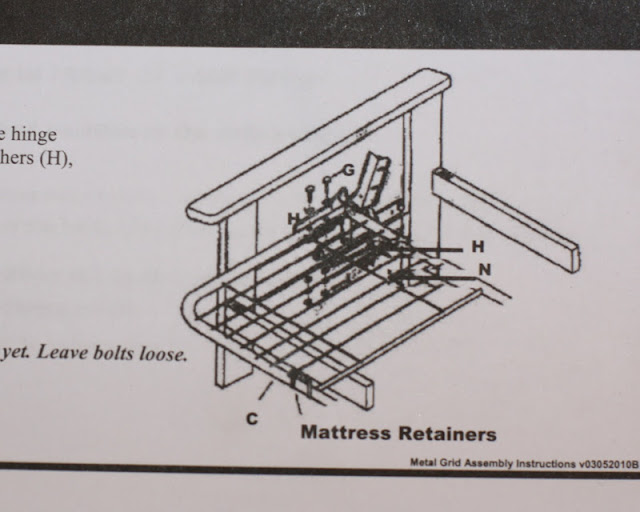 Thankfully Dan's one handy guy and he was able to figure it out.   The pattern wasn't quite as perplexing, but it wasn't straightforward either.  I was winging it, remembering the skills I've learned from previosuly Oliver + S patterns.  And, thankfully, it came together in the end. 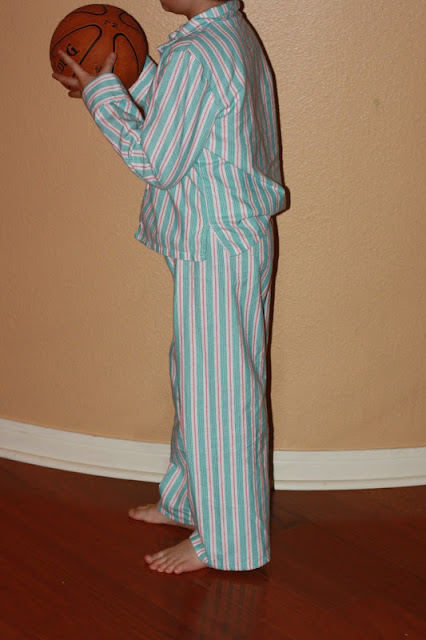 The sleeves were too short, so I added cuffs, cut perpendicular to the grain of the rest of the fabric. 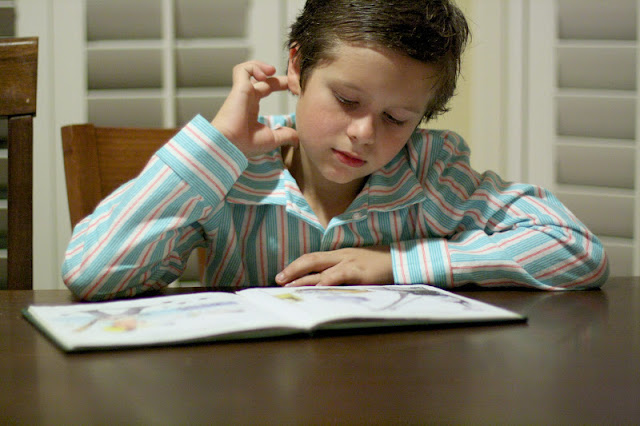 I also opted for snaps instead of buttons. 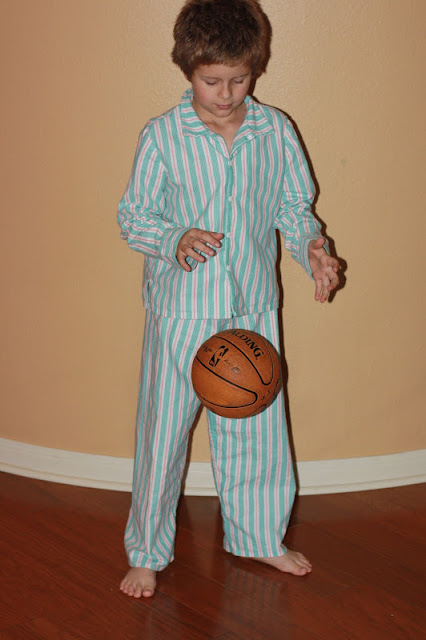 The pattern called for about 1 yard too much fabric, which I ended up using when I botched the pants by cutting out two left legs.  {Tip: When your kids are too big to cut pants from one piece of fabric folded in half, be sure you flip over the pattern piece when it's time to trace the second pant leg.}  :)  I wish I could say that was a first for me.  But it wasn't. 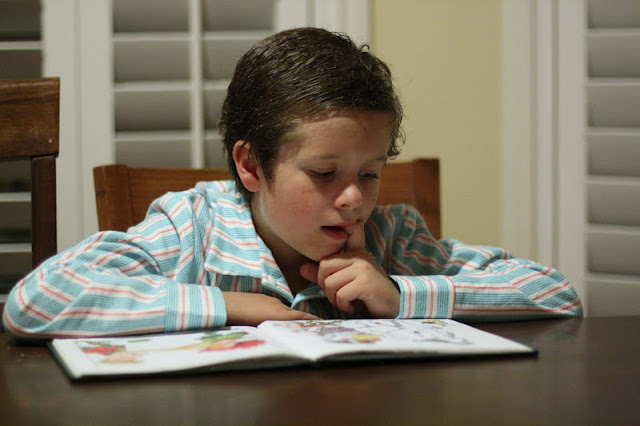 This may not have been the most intuitive pattern for me.  (I'll be the first to admit that figuring out patterns is not something that comes naturally to me.)  But I'm very happy with the results and so is Jude.  And that's what matters most of all.