Three years ago today, I held our Tarikua Evangeline in my arms for the very first time.  It made me the happiest mom in the whole world.  It was the best day!  Dan made her laugh.  Back at the guest house, I snuggled her close while feeding her a bottle.  It was magical and extraordinary - an experience of a lifetime!

It was awesome that the big kids were off of school today because it made for an all day celebration of our Ethiopia Day.  Shortly after waking, Jude showed Evie our flight path from Texas to Ethiopia... and back. 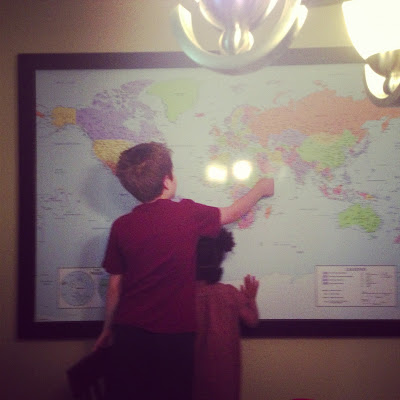 Indigo suggested that the kids wear their traditional Ethiopian clothes to celebrate the day.  They couldn't have been more excited about that idea--everyone that is but Iris. In the end, she complied.  :) 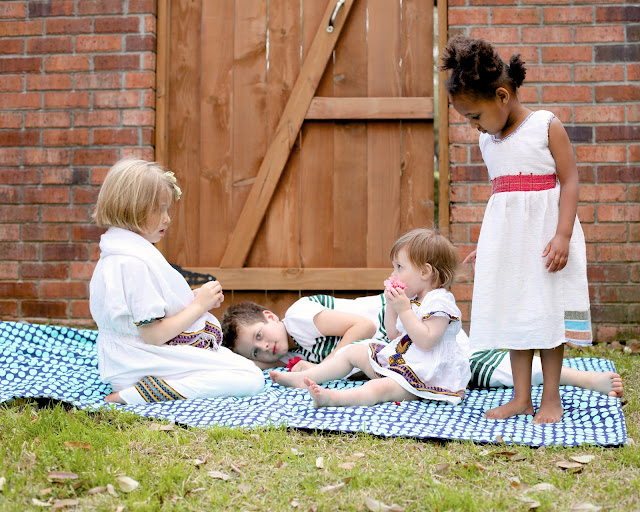 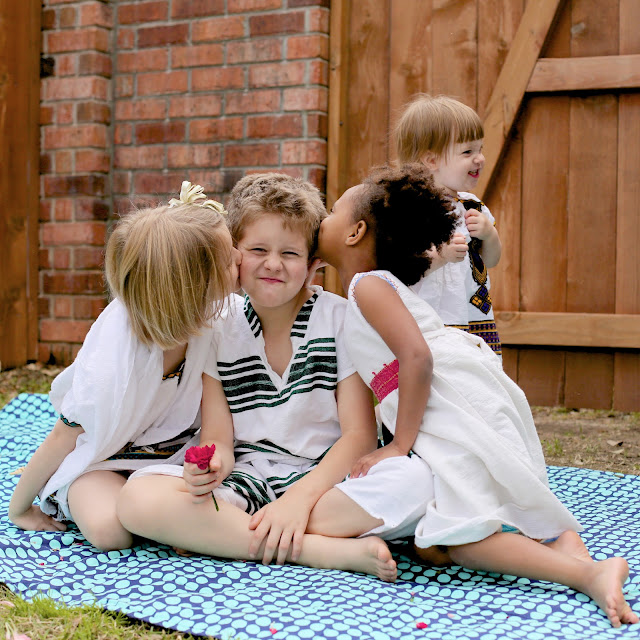 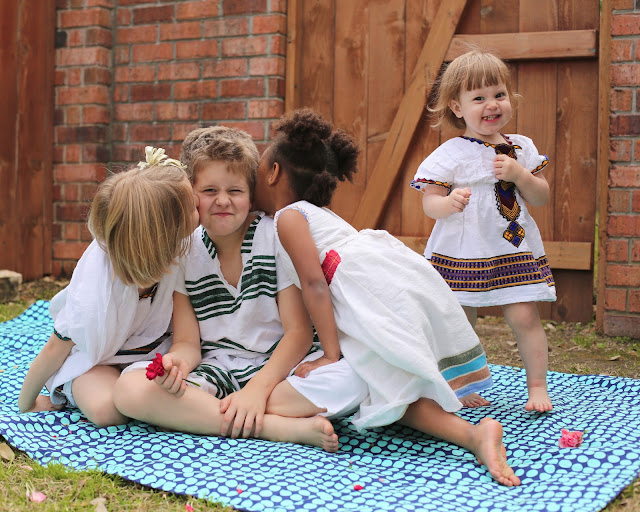 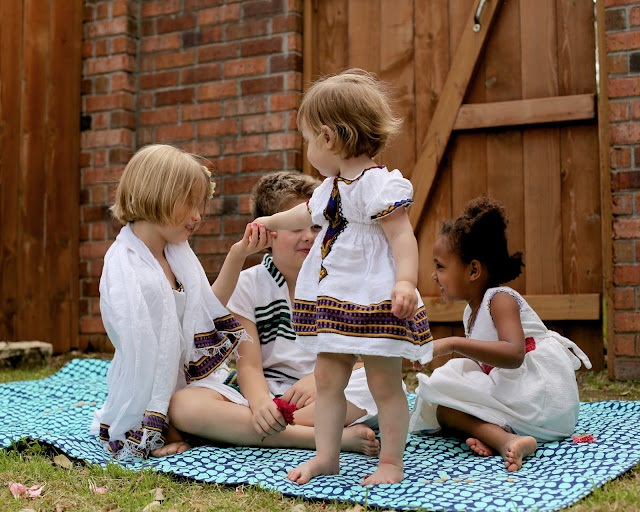 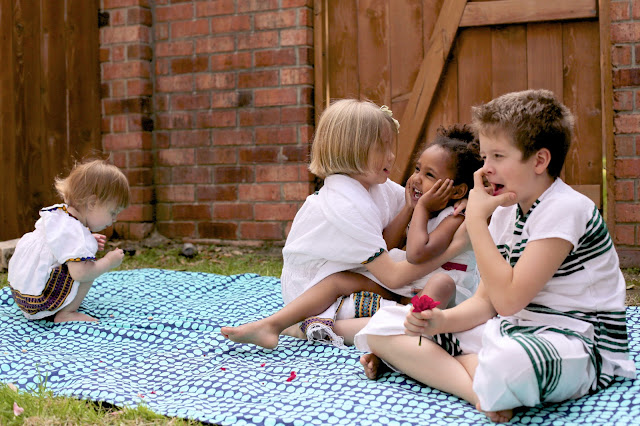 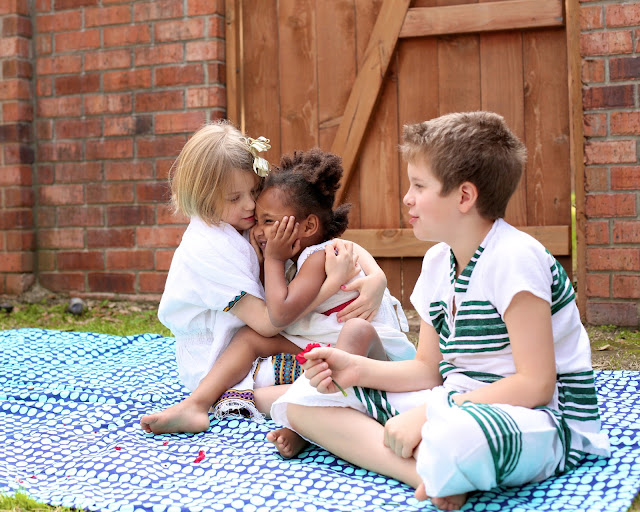 We came in and made our own Ethiopian flags out of construction paper.  Then we read about what each color and symbol represent. 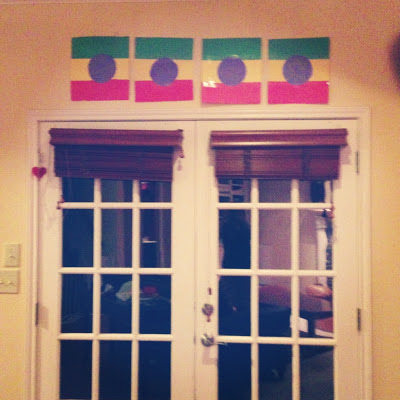 Evie chose spaghetti for dinner.  Before we ate, we said a prayer for her first family, all of the nannies who cared for her and for all of the orphans in Ethiopia.

After dinner it was time for dessert.  Evie chose brownies.  Three candles for three years together as a family.  Each of the big kids blew out their own candle.  After, that is, we sang, "Happy Ethiopia Day to us! {cha cha cha!}" to the tune of Happy Birthday. 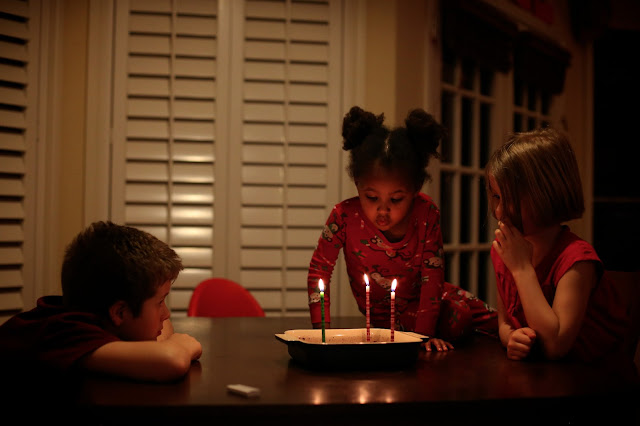 We still haven't re-adopted Evie through the US courts, so her name is actually Tarikua Daniel.  The Ethiopian courts give children their adoptive father's first name as their middle name.  When we do re-adopt her, we have decided to keep Tarikua as her first name and Evangeline will become her middle name.

Do you remember my friend Emily who pumped breast milk for Evie for an entire year?  It's her birthday today!  I hadn't remembered that her birthday and our Ethiopia day coincided.   Just another amazing "coincidence" in the unfolding of our journey to our sweet daughter.   {There were many.}

We are so thankful to have Evie in our family.