When Kristin invited me to join in on her and Jess' Vintage May series, I was excited to participate. 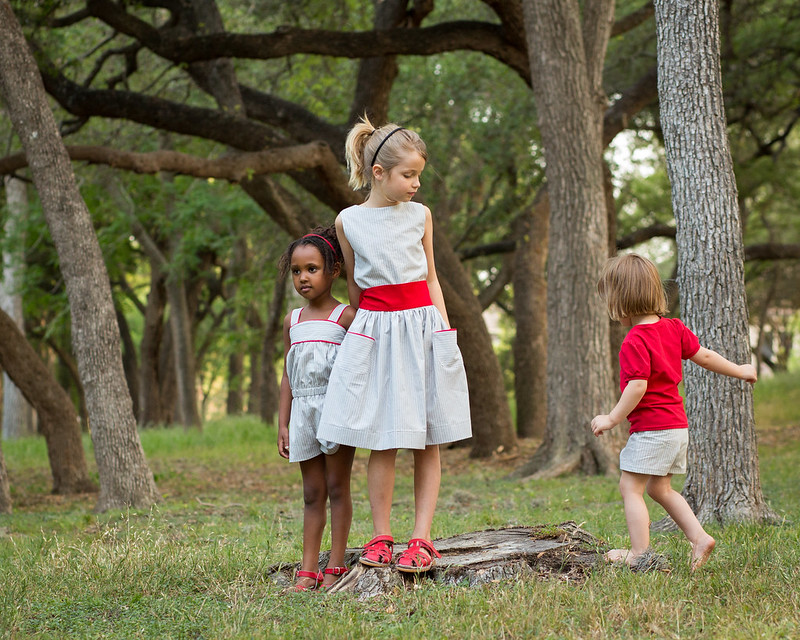 So excited, in fact, that I decided to do Vintage May times three! 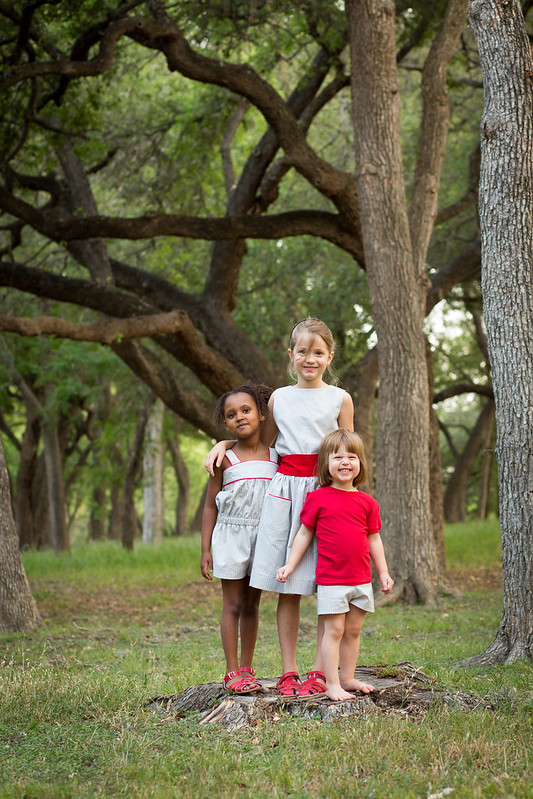 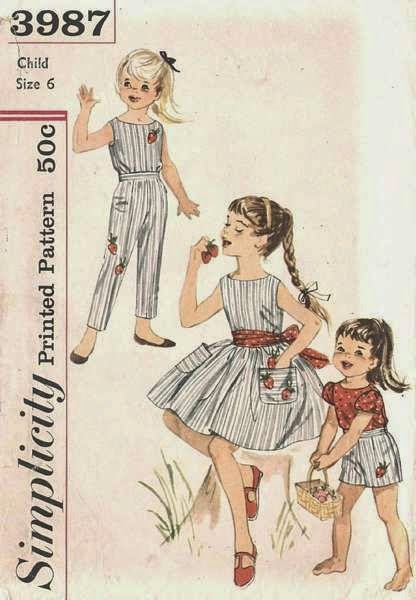 And I liked it so much I decided to replicate it. 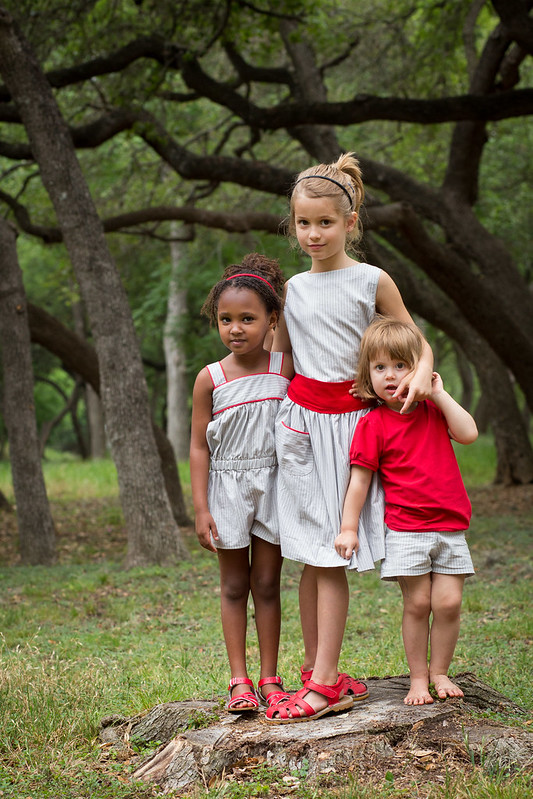 Vintage patterns, as far as I know, come in individual sizes only.   The pattern I found came in Indigo's size. 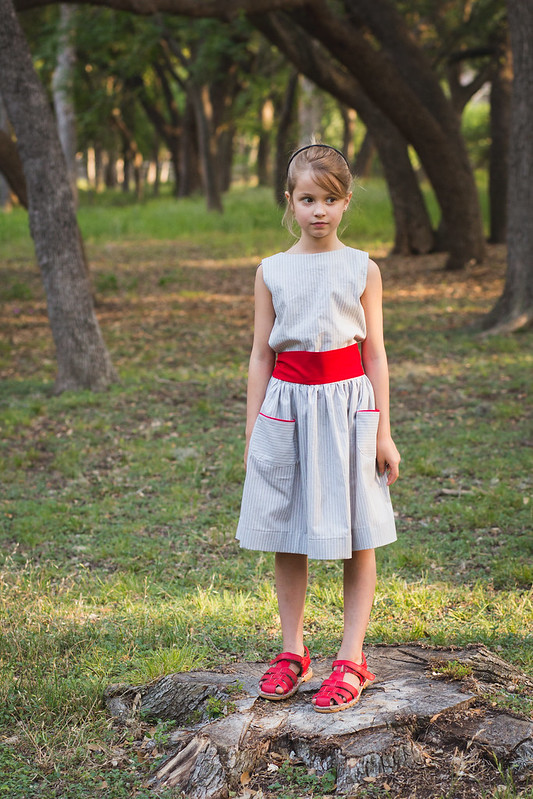 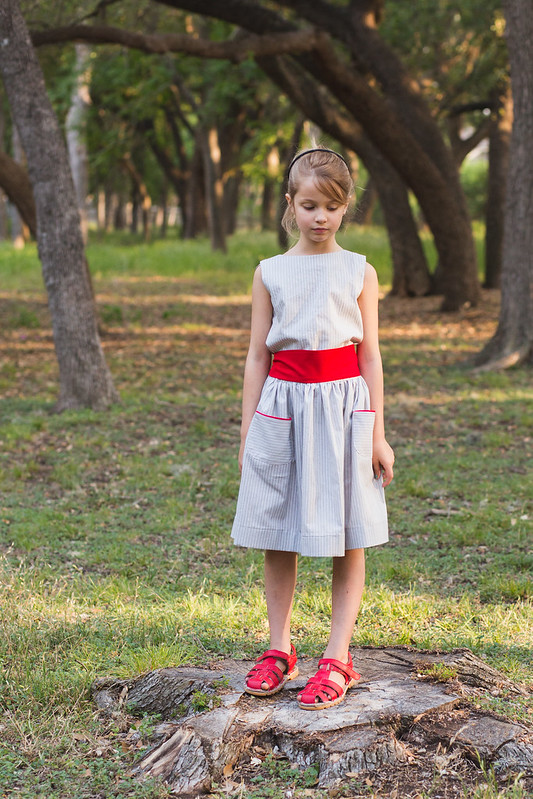 While I really like it worn together, I think the shirt and skirt will both be functional items worn separately, too. 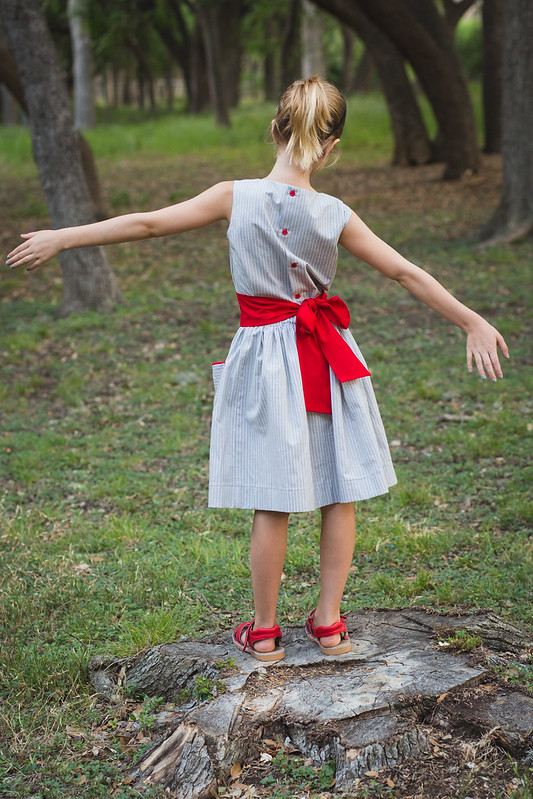 I used red buttons to add some excitement to the neutral grey.   So exciting, right?  ;) 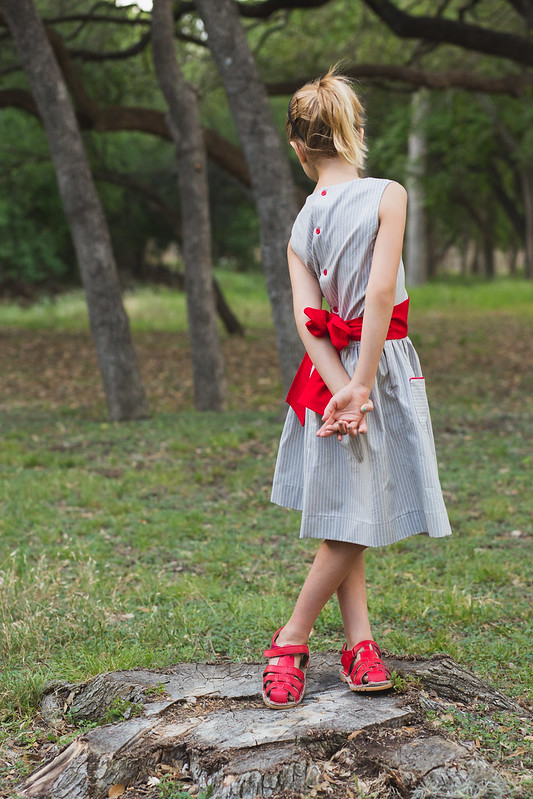 Even though the skirt has an elastic waistband, it buttons at the side.  A nice detail, I think. 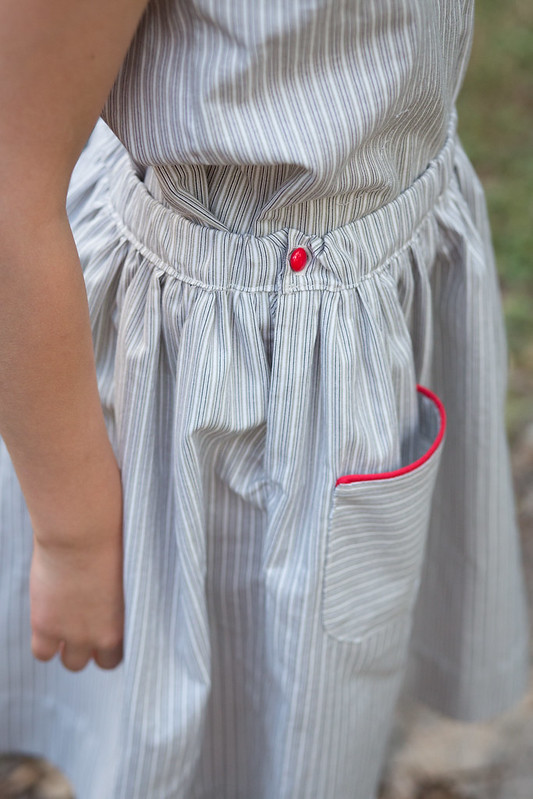 I decided, after I had sewn the skirt and the pockets, that I wanted to add some piping to the pockets. I'm not sure why I think of these things after the sewing is done, but the seam ripping was, in my opinion, worth  it. 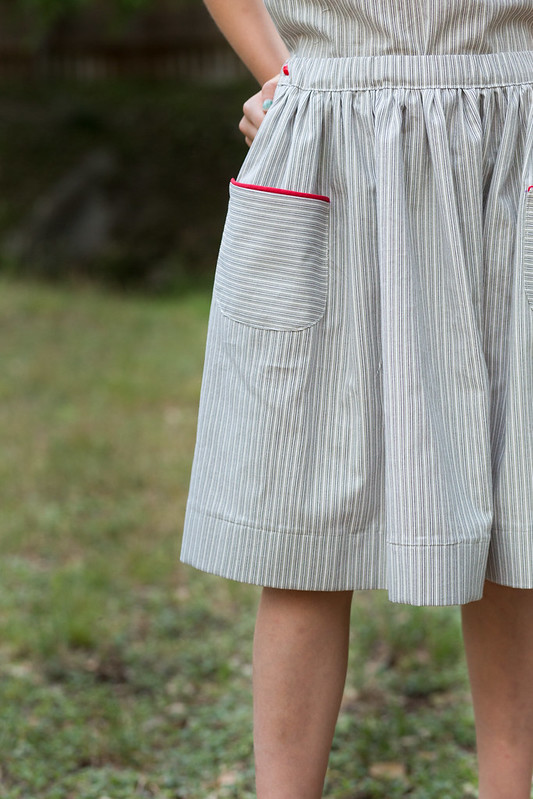 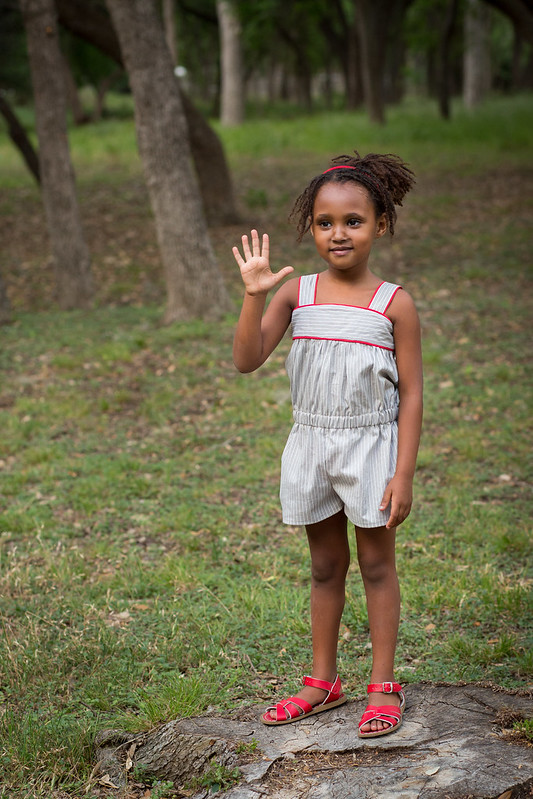 I searched high and low for a romper pattern.  I scoured the interwebs.  I looked through all of the pattern books at both Hobby Lobby and Joanns.  I didn't find one I liked, but I did find this gem of a pattern. 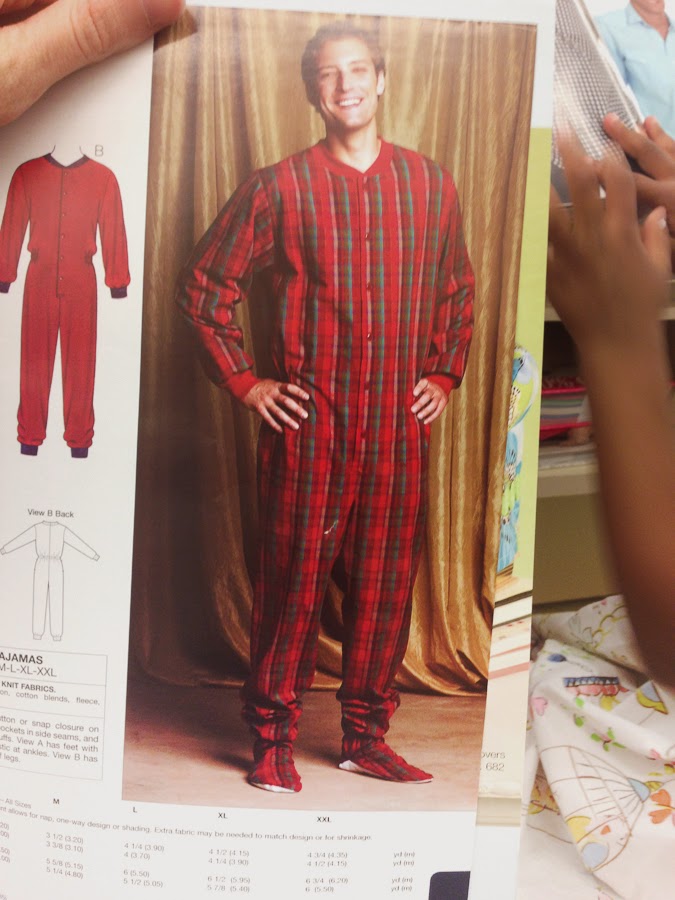 I texted the above photo of the pattern to Dan, saying I couldn't wait to sew this for him for Christmas.  He texted back that he hoped it had one of those old-fashioned flaps in the back.  :0

I went with this pattern, but changed every single piece.  I'd call this almost self-drafted.  I was working with this Tea collection romper in mind, trying to replicate it as closely as I could. 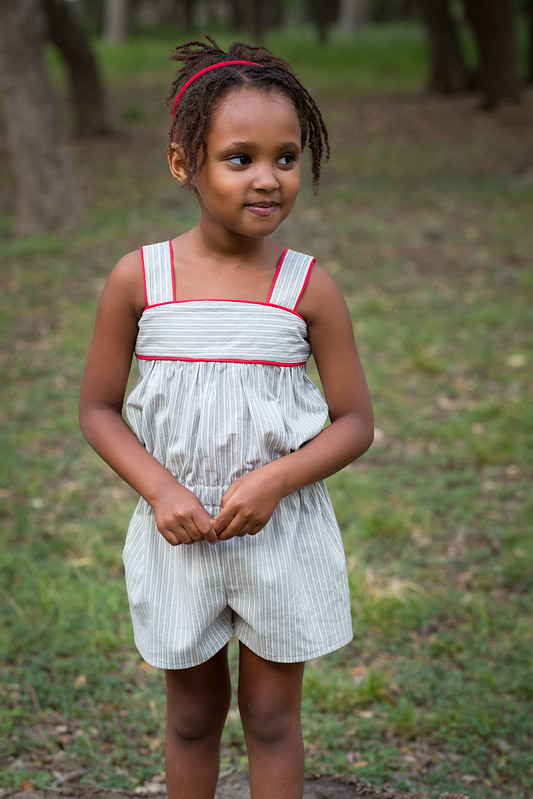 I re-made the straps three times before I was happy with them. 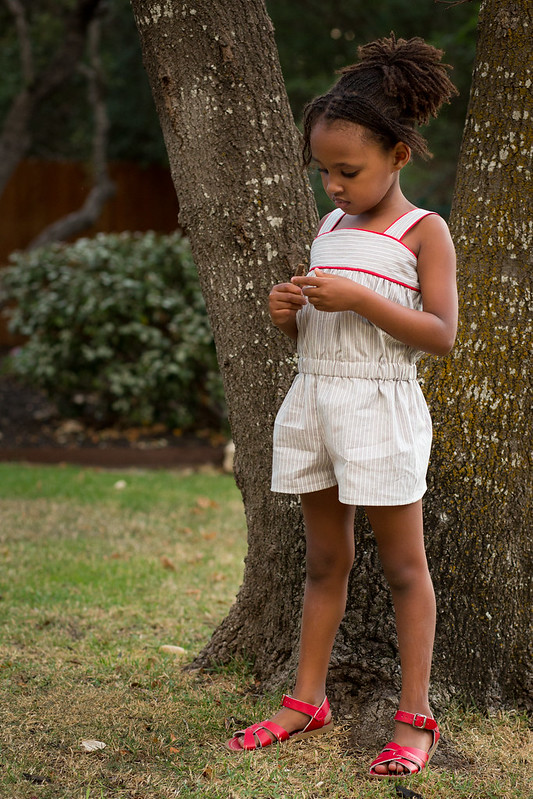 After experimenting, I learned that flat piping works beautifully on straps. It was much easier to turn the straps right side out with flat piping compared to regular piping - and less bulky looking, too. I wanted it to match the regular piping so I removed the cording and ironed it flat. 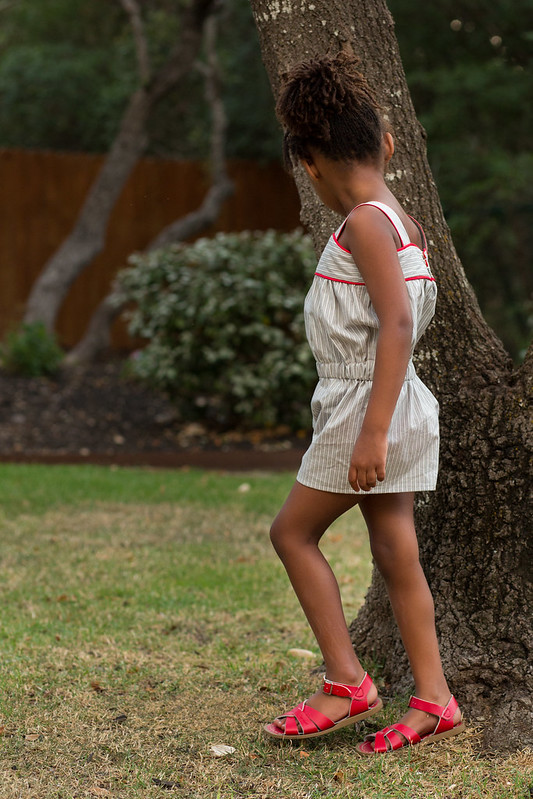 Tia was so patient with me as I tried this on her over and over again to get the fit just right. "Did you check for pins, Mom?" If you accidentally leave a pin in even once, you will forevermore be asked this question. Which is good. Because who wants to try on something with a rogue pin hidden in it? 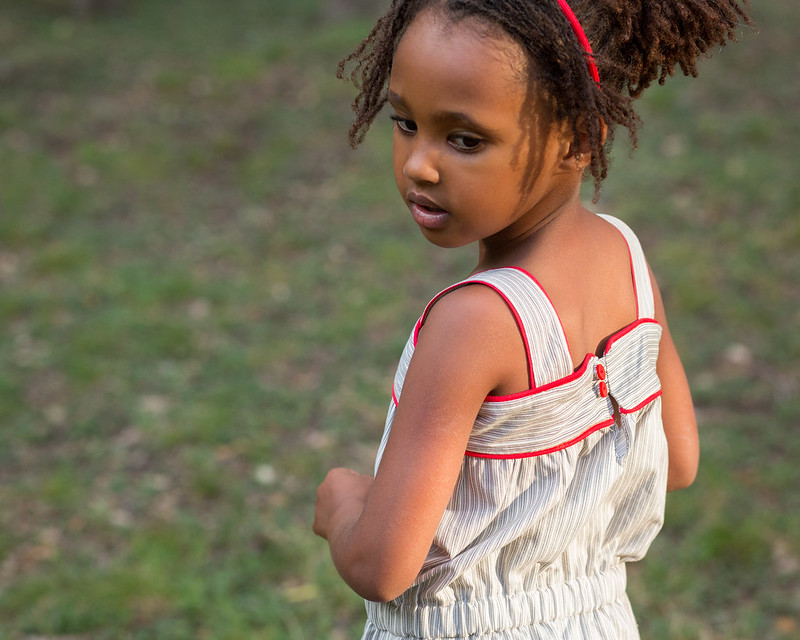 I finished it with two buttons in the back, like this dress. 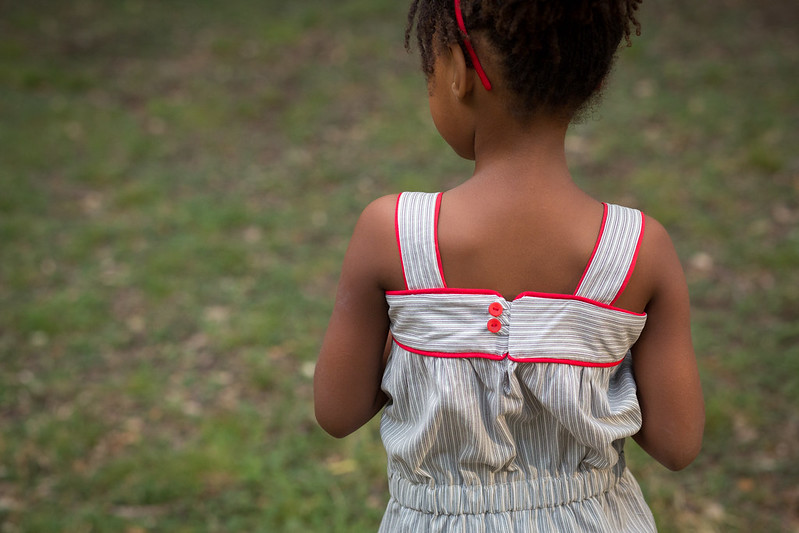 And Tia's romper was finished. Great for playing - or for lounging around. 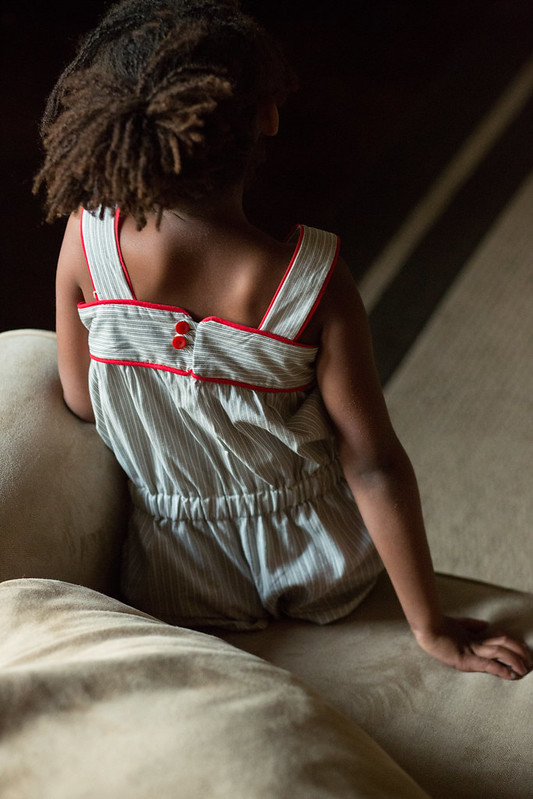 Finally, I set out to re-create the vintage Simplicity pattern shorts and shirt for Iris. 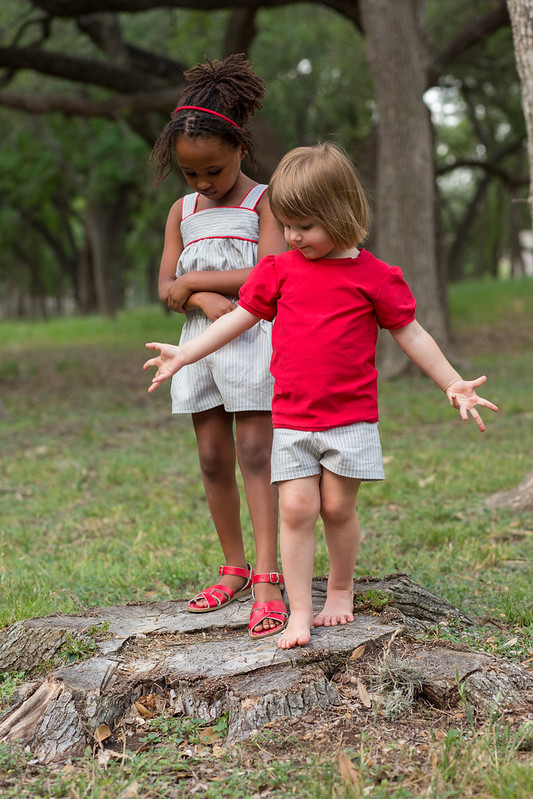 The top is an Ottobre t-shirt pattern, with gathering at the shoulders and cuffs.   For Iris' shorts, I used the Kids Shorts pattern by Dana.   I picked the flat front option. 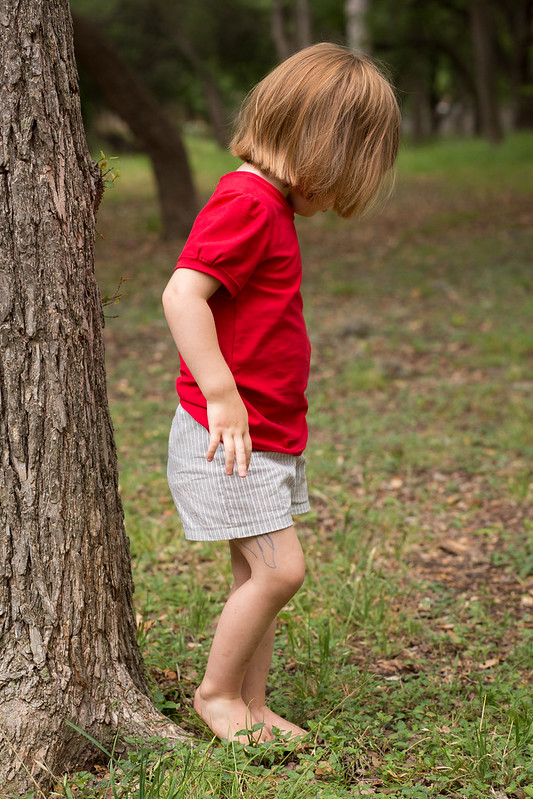 Let me say that I am now firmly in the camp of: Do not use cheap knits!. The shirt is a Lillestoff knit, which I bought here.  A big thank you to those of you who recommended this brand to me.  There is a night and day difference between cheap knits and quality made knits.  I am so disappointed in how my cheap knits are holding up.  Even this dress looks faded and pilled already.  It's definitely disheartening. 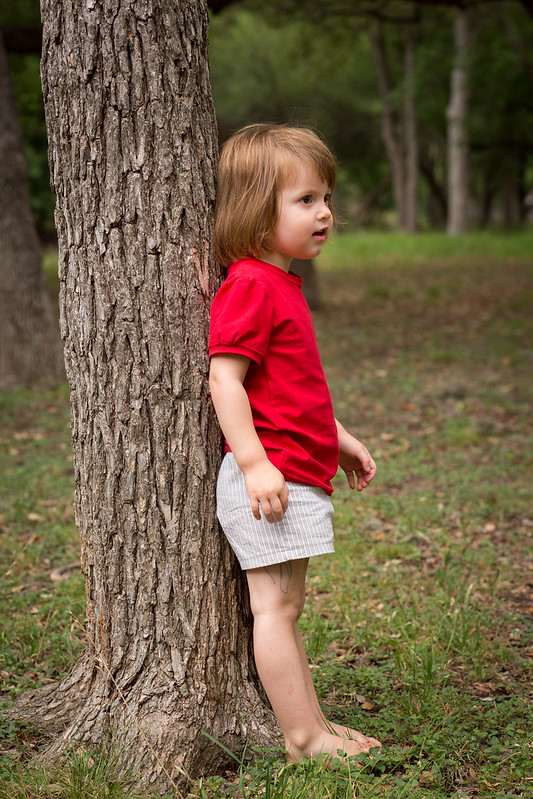 Iris is addicted to inking herself - with pen, of course (see leg above).  I like to think she gets it from her dad.  He's actually getting another (almost) half sleeve this week. 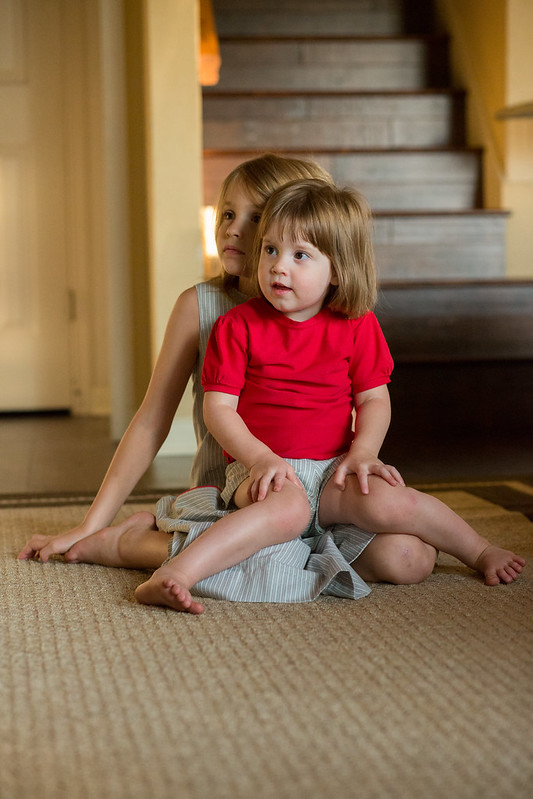 And that concludes our Vintage May! 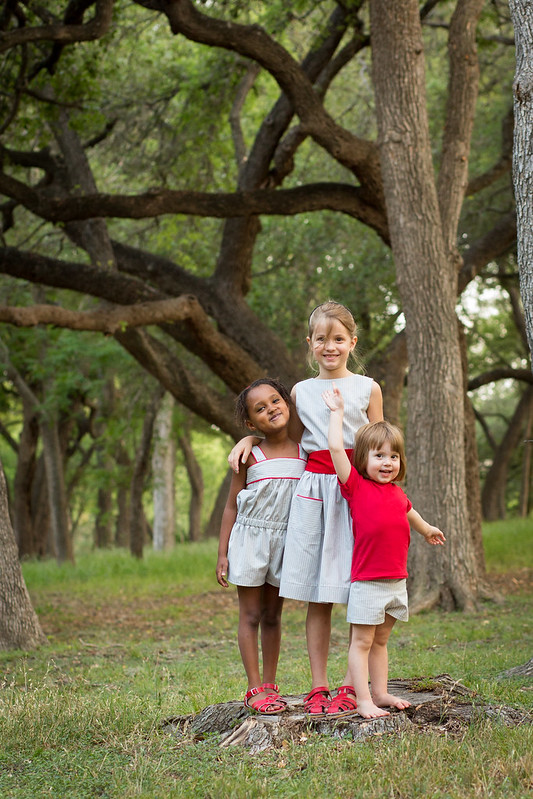