A Mori Dress in Double Gauze

The Mori Dress is a pattern I had wanted to make ever since I saw photos of it floating around Instagram back when it was still in its testing phase. 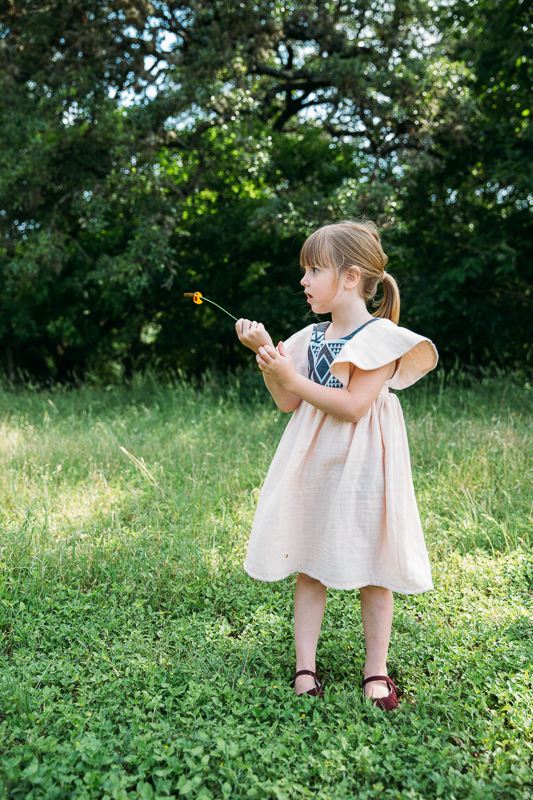 The pattern is by Heidi from Elegance and Elephants.  She always creates the best patterns!  Her Bohemian Babydoll dress is one of my all-time favorite patterns.  (I've made it three times : here, here, and here.) 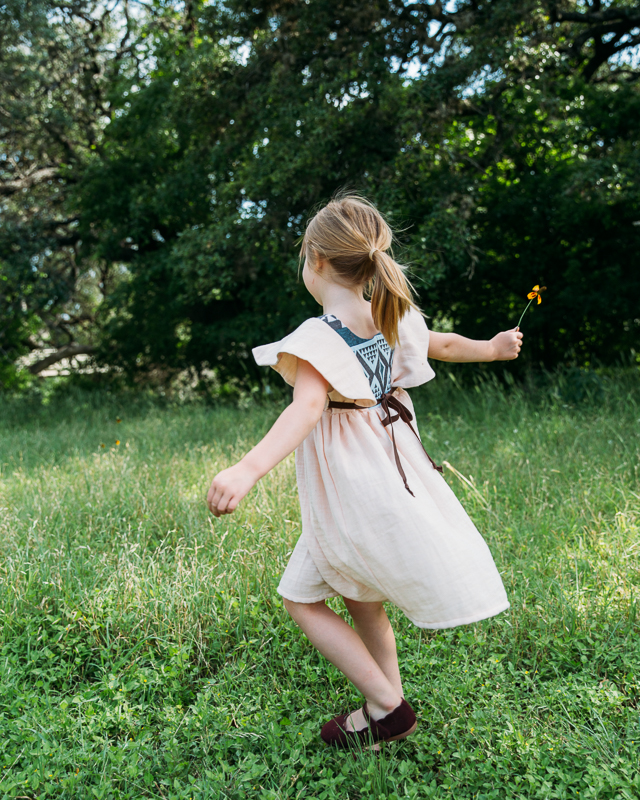 Like the Bohemian Babydoll dress, the Mori dress has no back closures.  Heidi is a genius at making this happen while still using a woven fabric!  I love that the dress comes together so quickly, but still packs a lot of 'cute' punch!  This one sews up in just a couple of hours. I'd definitely recommend sewing the dress according to your child's actual measurements.  The dress has a roomy fit and I was glad I sized down on the overall width, while keeping the length.  This way, the fit was just right. 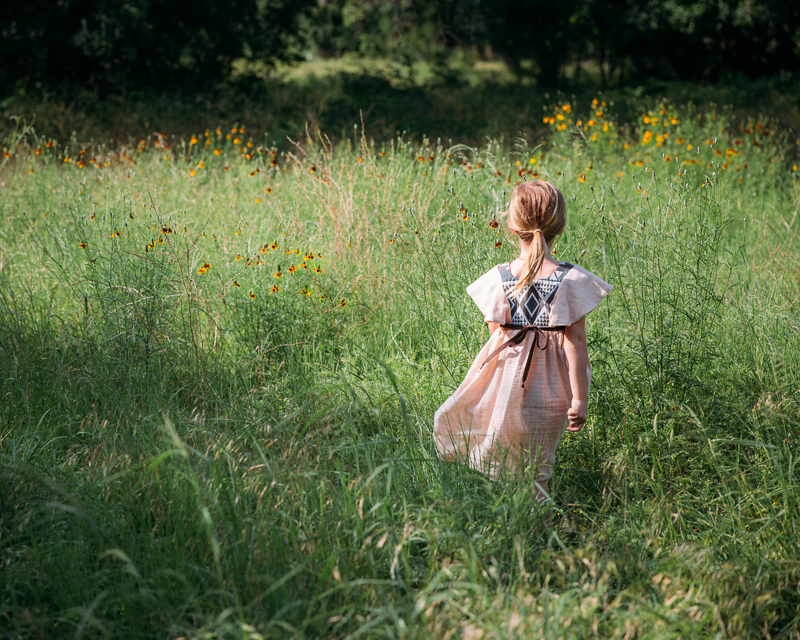 I had initially planned to sew the entire dress in this pink (but a bit peachy) double gauze. Then I saw some Pendleton wool on Instagram and decided to instead go with a southwest print for the yoke.  This fabric is decidedly not a Pendleton wool - it was from Joanns.  But I like this print a whole lot, anyway. :) 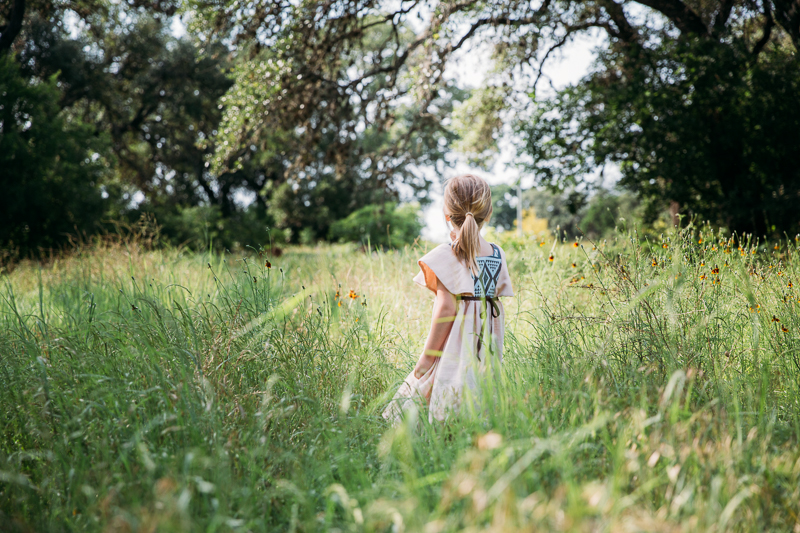 I took these photos at a local park and while we were there, we spotted a few deer.  The girls were mesmerized by them and Iris kept calling them 'reindeer'.  "You can fly back to Santa soon," she'd say. 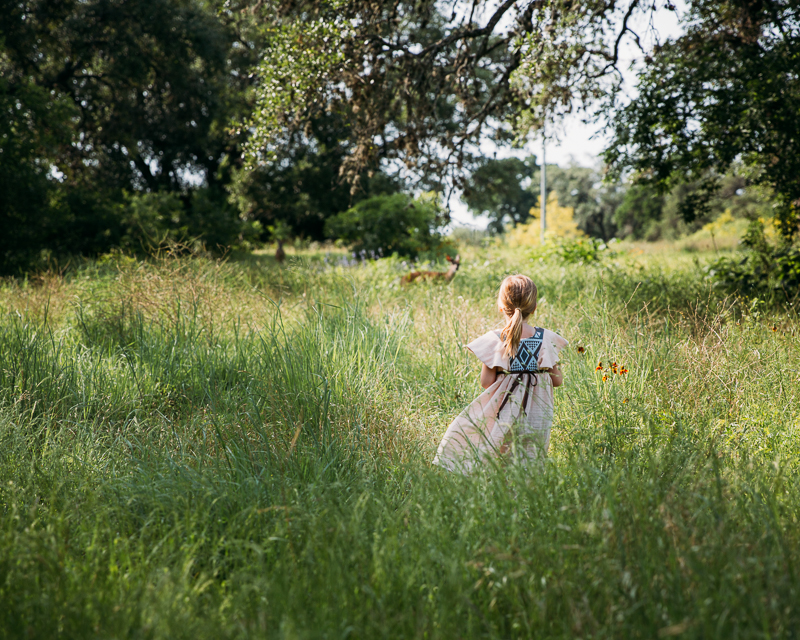 I liked this pattern so much that I immediately made another Mori dress for Tia.  I attempted to take photos of both of the girls together in their new dresses.  However, I was shooting in full sun, something I don't do often, and I somehow missed focus on almost every single photo of Tia.    That was a bummer because the girls were so cute together, too! 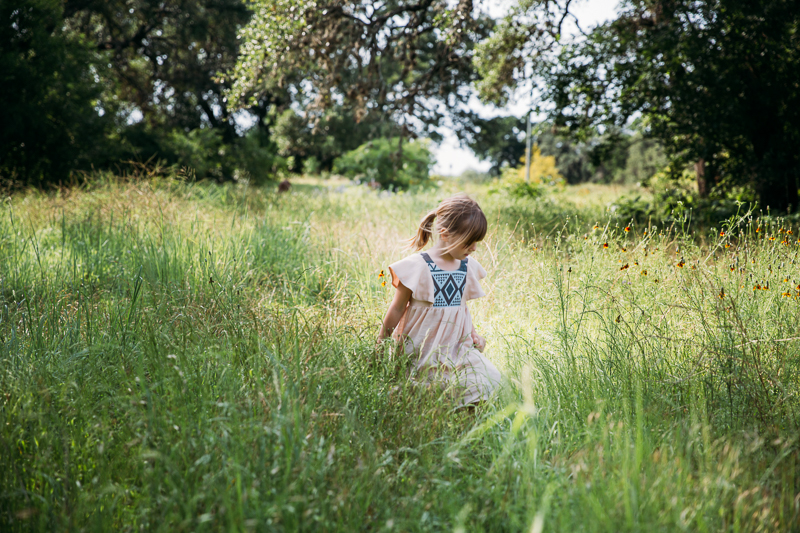 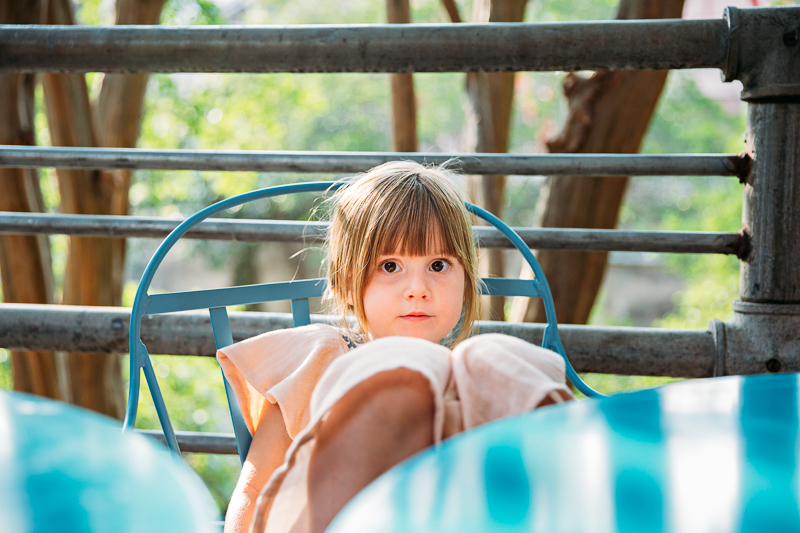