The Modkid Sydney Dress, with Modifications

All the way back in 2010 (which is like centuries ago in blogging years, right?!) :P I made two Modkid Sydney dresses for Indigo and toddler Tia.  The dresses were way too big on them and looked a bit ridiculous to be honest, especially Tia's version.  Dan said the girls looked like Gandolf in them.  I saw Merlin from the Sword in the Stone. 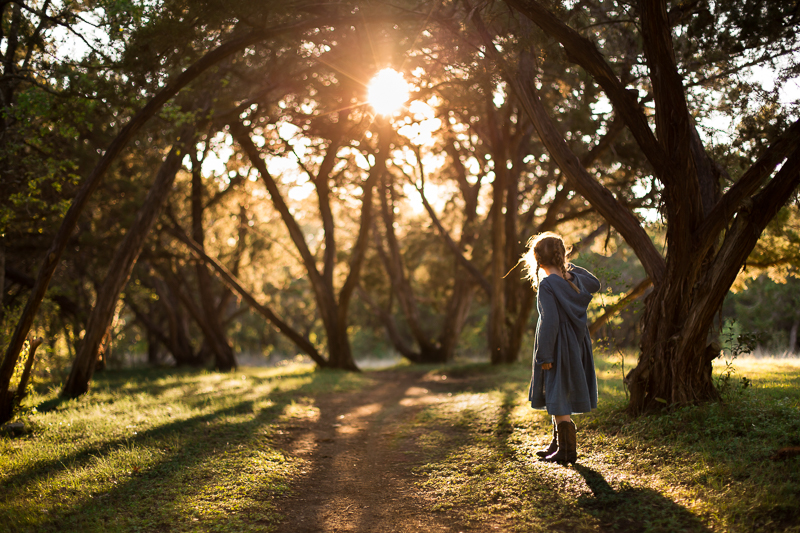 The dresses were never worn, so during one Kids Clothes Week two years later, I altered the sleeves from an oversized bell shape to a tapered sleeve.  (I also played around with selective color when editing my photos! :D) 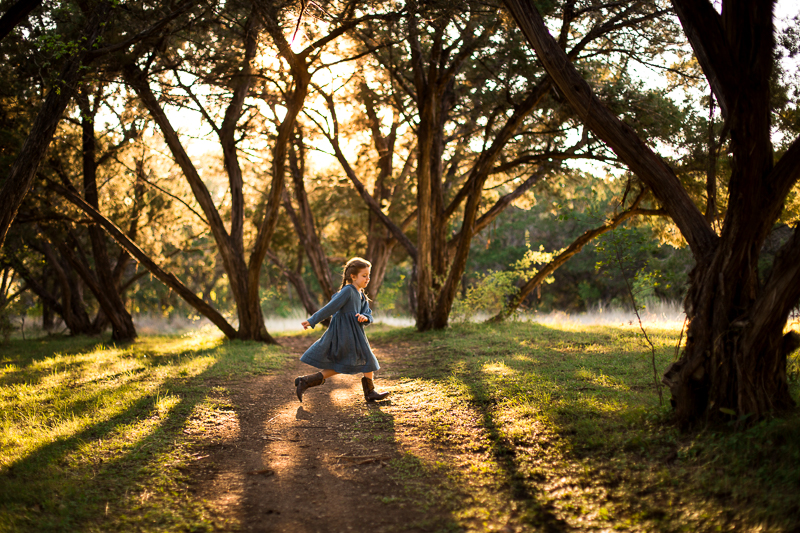 Iris took a particularly liking to this dress.  She called it her "witch dress" because of the shape of the hood and wore it constantly. 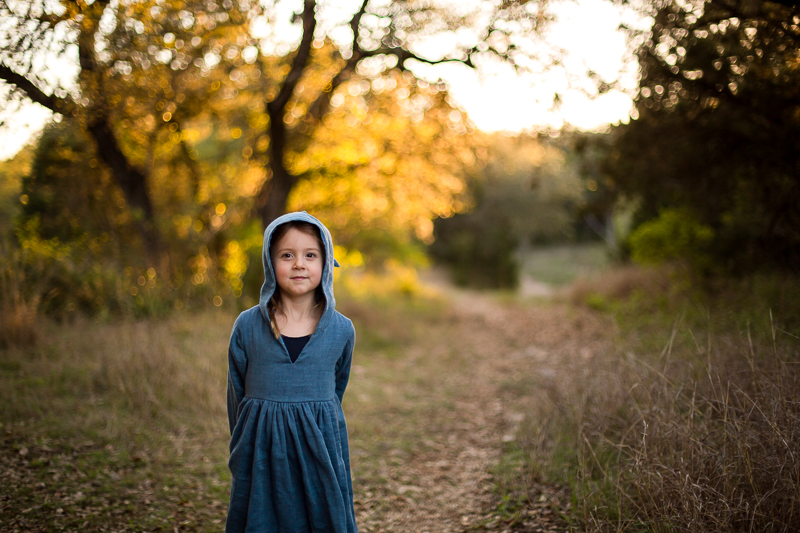 Even though Iris's personality bubbles over with joy and sheer positivity, she has a dark side buried in there somewhere as evidenced by the things she is drawn too.  Her bike helmet bares ferocious shark teeth.  She has been the wolf villain for several Halloweens - by choice... demand even! And she would ask frequently when wearing the matryoshka Sydney dress whether she looked like the cloaked witch from the Rapunzel story, eager for me to confirm that she did. 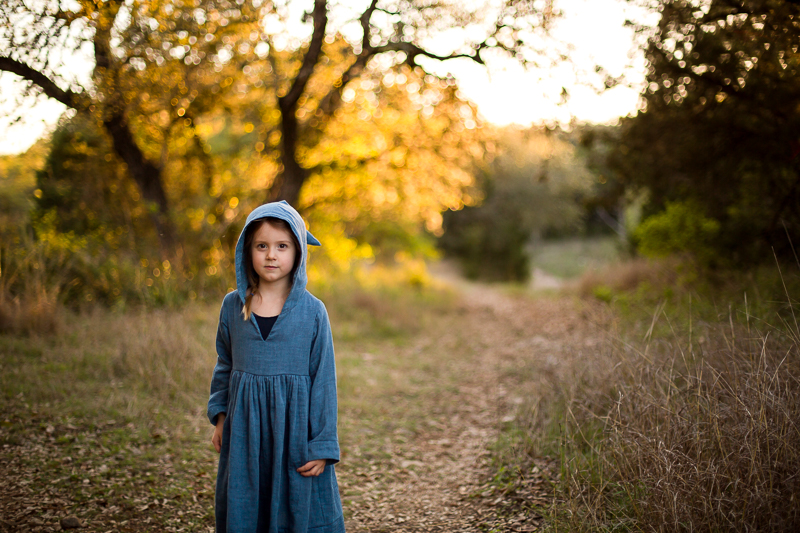 When she outgrew that dress she asked if I would pleeeeease make her a new one.  So I finally did! 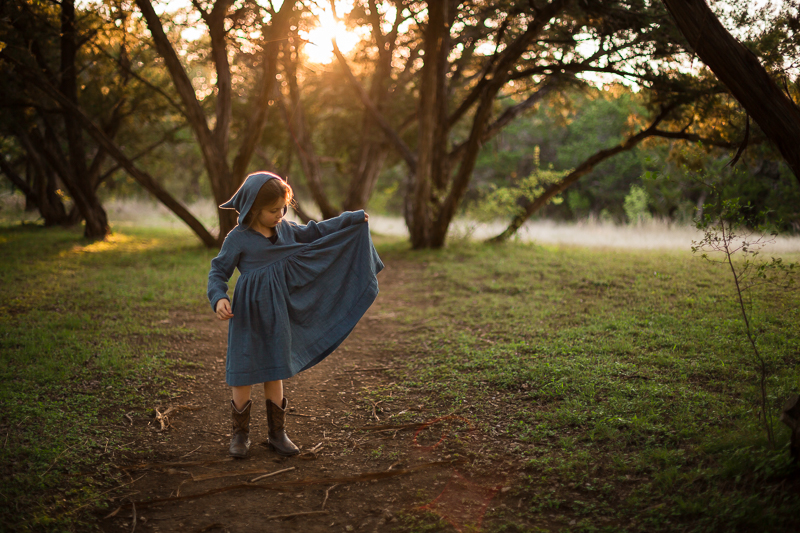 I knew I wanted to make some modifications to this pattern and was very fortunate to have the help and advice of my talented friend, Courtney from Sweeter than Cupcakes. 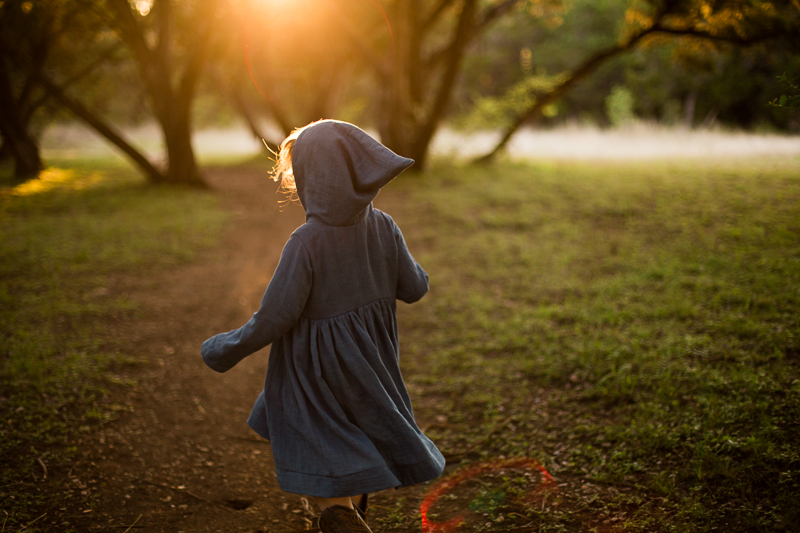 In the original pattern, the bodice is unlined and there is a simple yoke facing around the center front opening.  The facing popped out frequently last time and I had to hand stitch it down.  I also wasn't entirely happy with the finishing.  So I wanted to line the bodice this time. 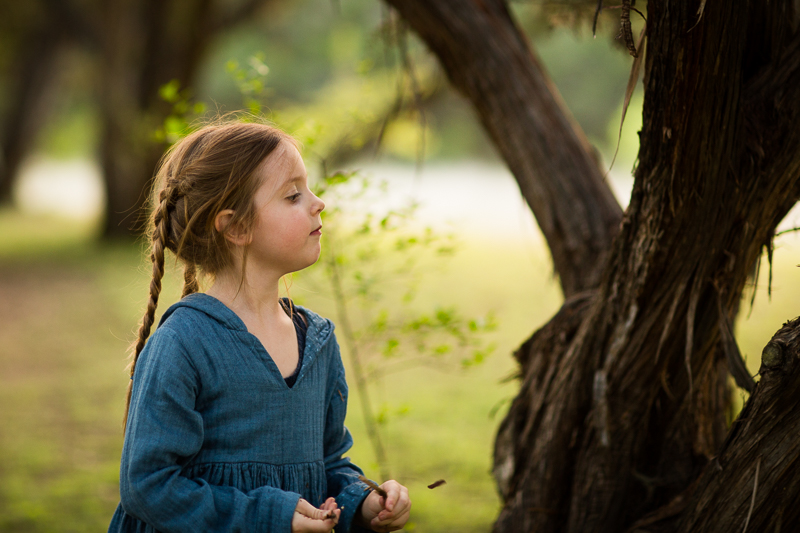 Courtney suggested I place the hood in between the bodice and the bodice lining when sewing the neck seam, so that there would be no exposed hood seam.  I loved that idea and it resulted in a much cleaner finish. 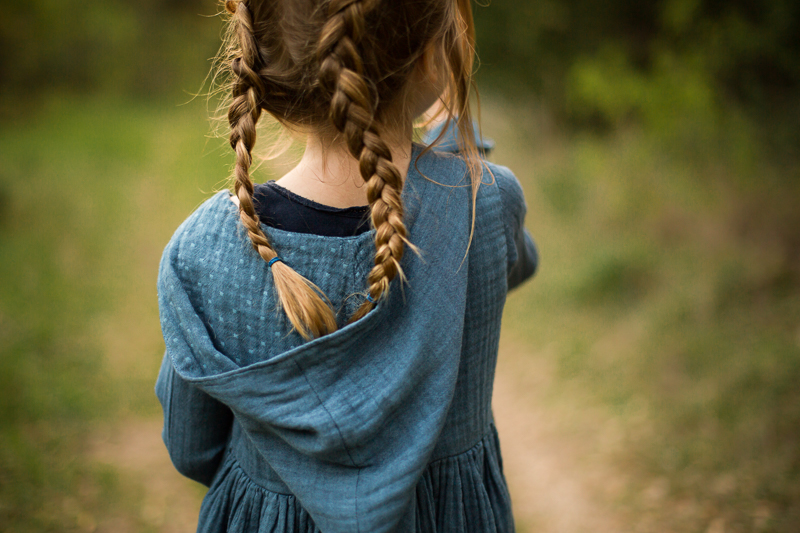 I also knew I wanted to remove the bell shape to the sleeve.  I thought I would cut a straight sleeve using a straight line from the sleeve cap edges to the sleeve bottom.  But Courtney suggested I taper it about one inch on each side.  I was so happy with the result. 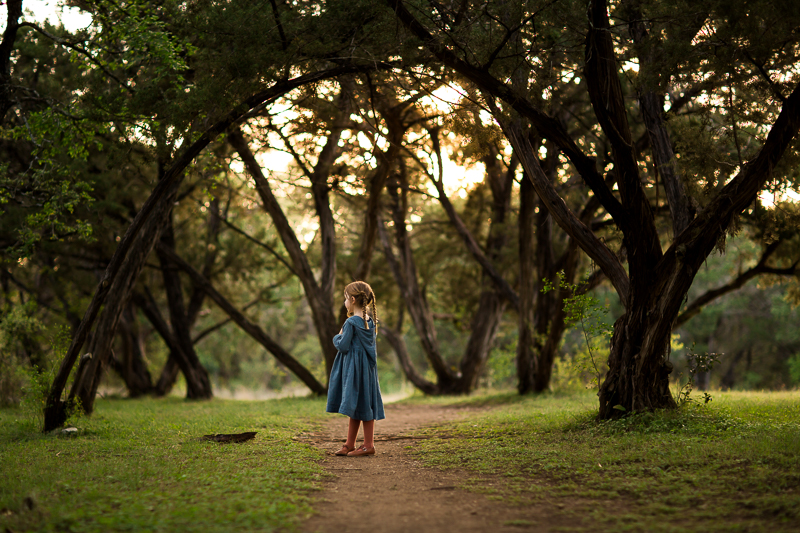 I decided to draft a lining for the sleeve cuff, so it would show the contrasted fabric when folded back, but the solid blue when unfolded.  And I added some extra length to the sleeves so she could wear this one for a really long time. 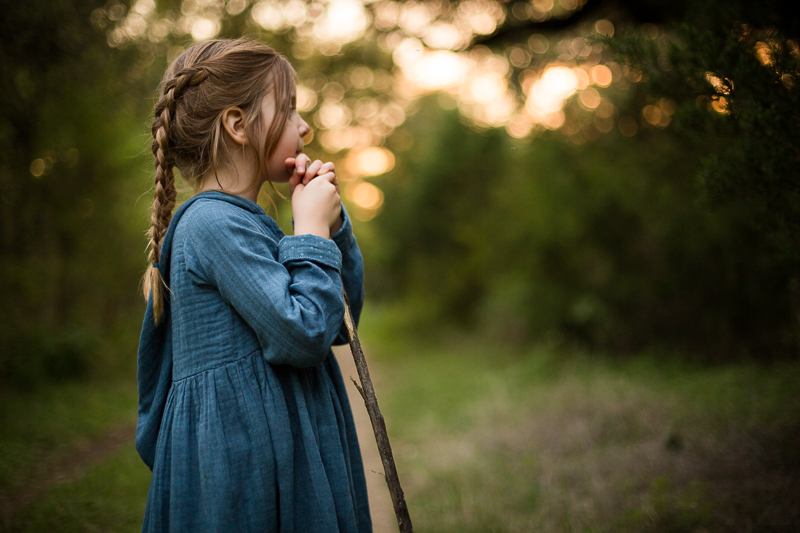 This fabric is a Kaufman chambray double gauze and was voted an employee favorite over at Harts Fabric.   It's a great deal for the price. It doesn't have that same thick loft that some of the Japanese double gauzes have, but I was still very happy with it. I used the double gauze chambray dobby marine for the lining. 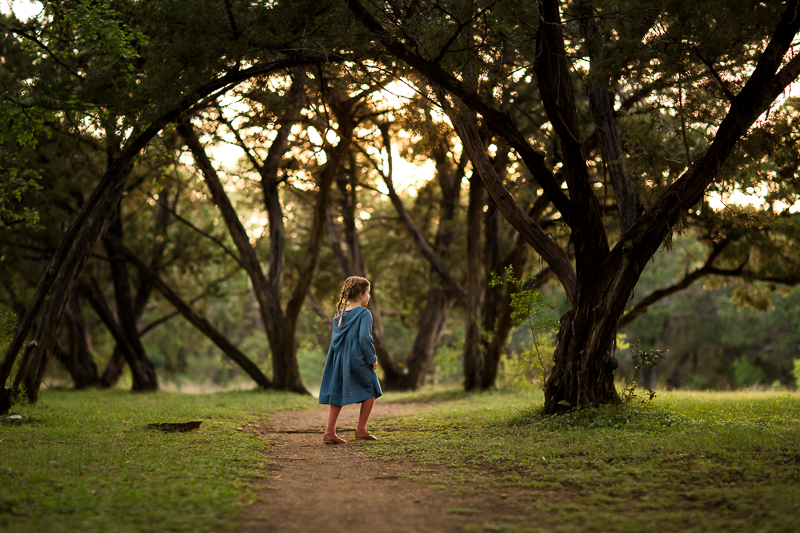 If you notice Iris is wearing cowgirl boots in some of these photos and knee socks others, it's because I discovered  I didn't get any details of this dress on account of my fast-moving girl on my first attempt.  So about a week later, we went exploring again, and I took some more photos, along with Indigo in her new Laure dress.  I hope to blog about it her Laure dress soon! 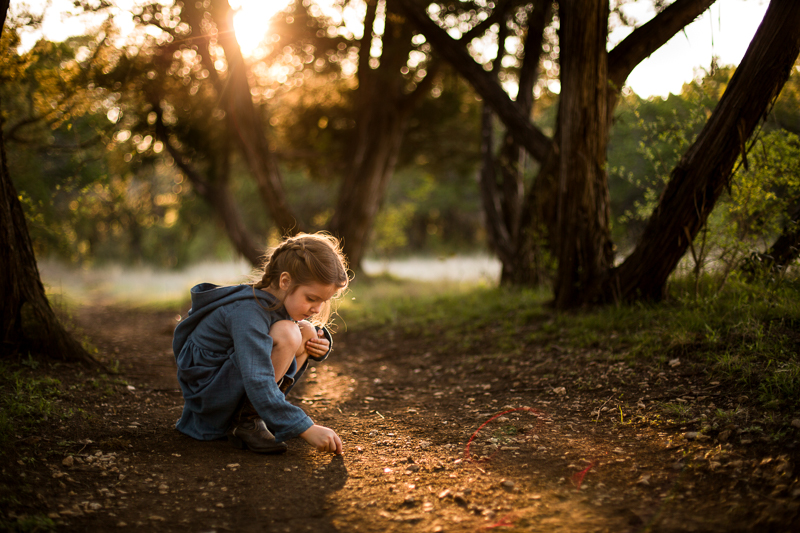