Confessions of a TOMS convert

When I first heard about TOMS four years ago, I thought it was a great concept, but couldn't get into their canvas shoe.  I've admitted before that, for better or for worse, my footwear has trended toward the comfortable (read: granola) since having kids.  Years of carrying my babies in carriers or on my hip while doing just about anything, has left me with a back that wants nothing to do with heels.  Still, the original TOMS were a stretch, even for me.  More recently,  TOMS has come out with some cute shoes - like these and these.  I'll admit - I kind of want a pair.  But it feels somewhat trendy and I can't help but think of the Stuff White People Like post about TOMS and laugh a little.

Indi and I were shopping this weekend when we saw these.  She was in love.  She wanted a pretty shoe.  They are purple and sparkly.   I wanted her to have a comfortable shoe that was easy to take on and off.  It was a win-win.  The fact that they are meant to be worn without socks - an added bonus!  So, trendy or not, we have officially jumped on the TOMS bandwagon. 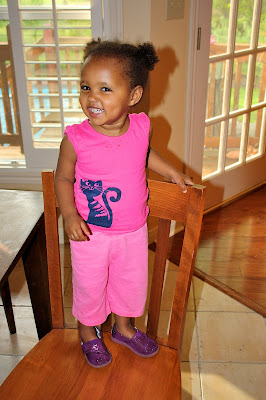 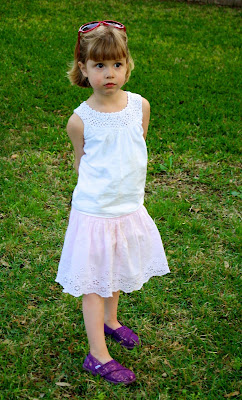 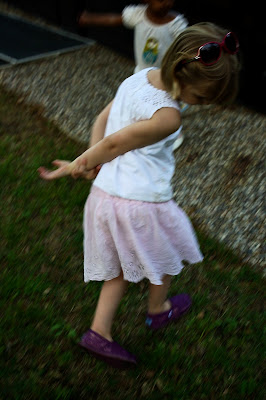 Since I'm on the topic of shoes, have you guys heard of Native shoes? 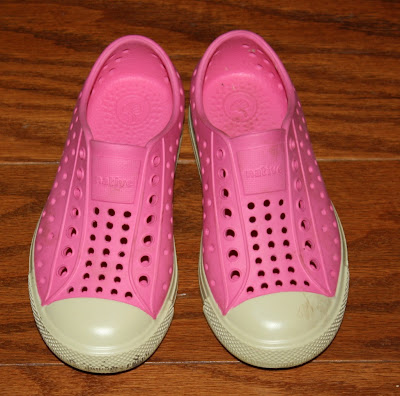 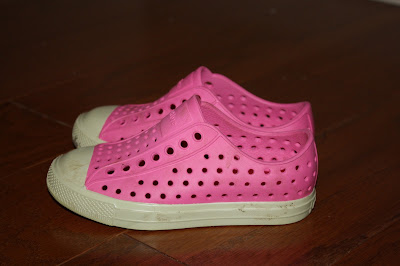 As you can see, they're a hybrid of Crocs and Converse.  The best part?  They are washable, antimicrobial, and odor resistant.  Can you think of a better shoe for kids?  I bought a pair for each of the kids for wearing in the garden or the mud or to the pool or anywhere, really.

I'll let you know how they hold up.  I'm hoping we won't have to go shoe shopping again for a long time.