When Suz and An asked me to take part in their current series, I {Heart} Marcel Marlier, I was excited by the challenge of making an illustration come to life through sewing.  I had never heard of Marcel Marlier but when An sent me examples of his amazing artwork in the form of children's book illustrations, there was no shortage of inspiration to be had.  Still, it didn't take me long to be drawn to two outfits in particular.

The first was this blue striped dress. 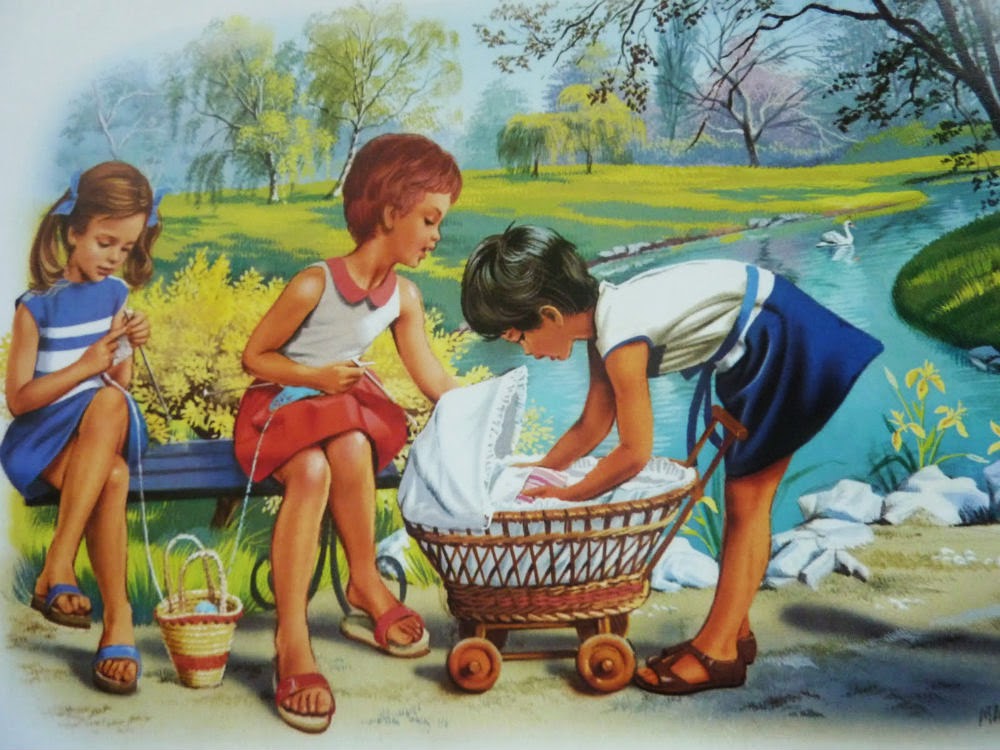 I immediately thought of the Tarikua and the Oliver + S Ice Cream Dress. 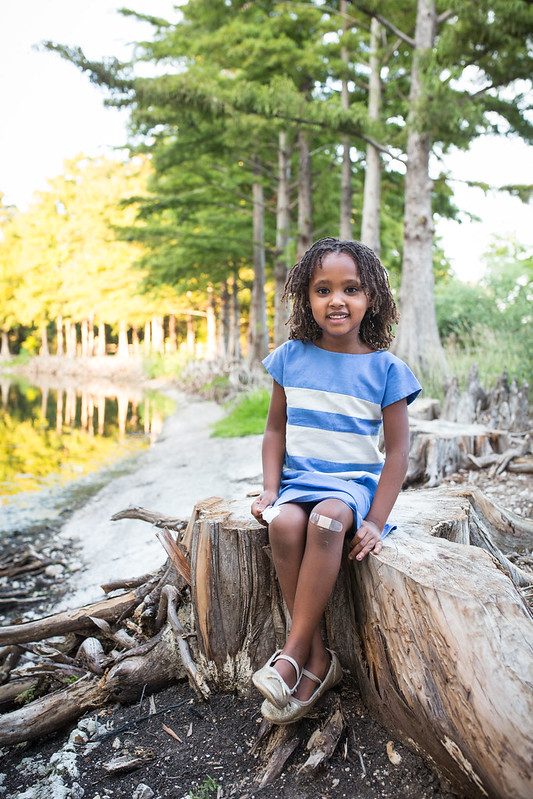 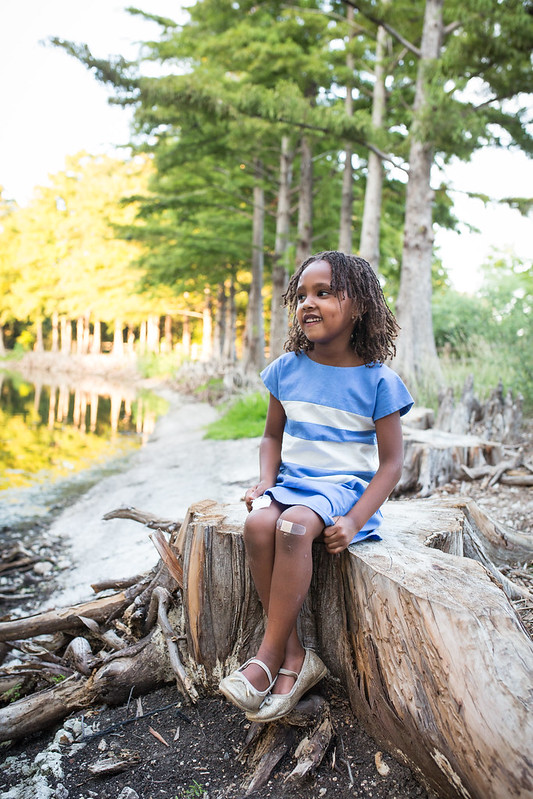 In order to achieve the look I was going for, though, I needed to make a few alterations to the pattern. 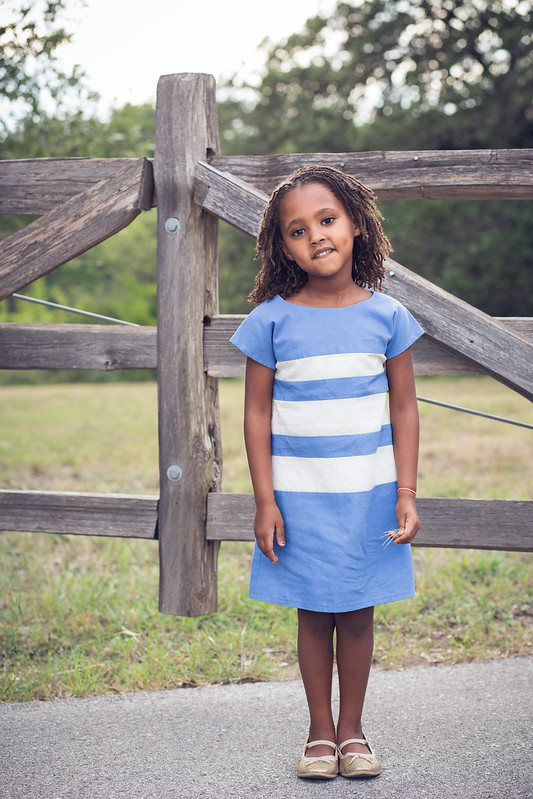 I extended the yoke (front and back) by an inch or so.  I also removed the gathers and then gave the skirt an a-line shape. 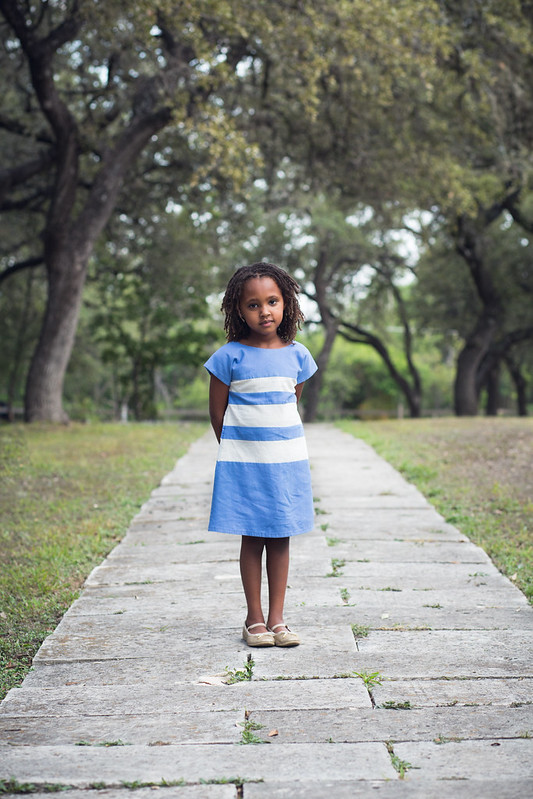 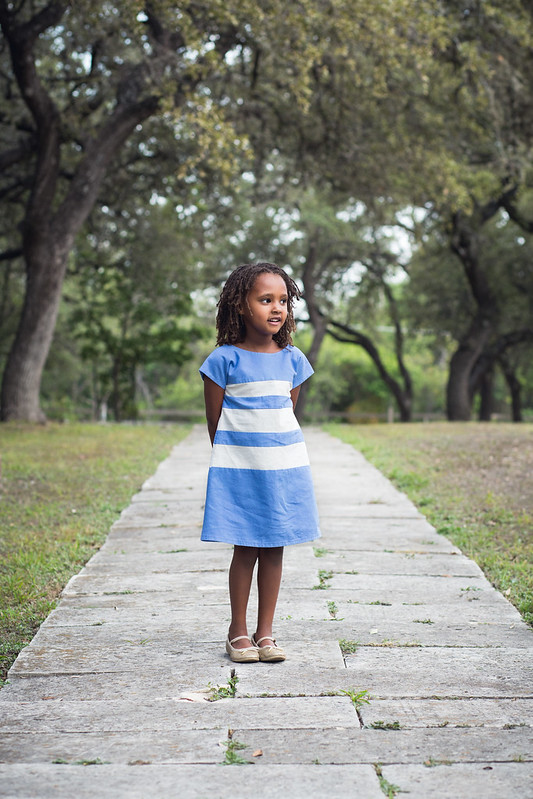 I used this Kaufman essex linen/cotton blend.  It's so much easier to work with than 100% linen.  I love it.  I pieced it with a creamy white linen that I had in my stash. 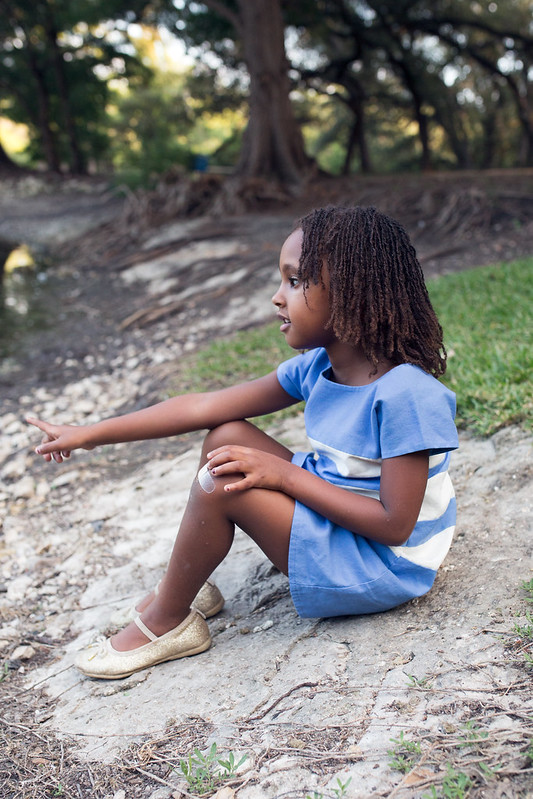 Finally I finished it with this vintage button, because I knew Tia would love it. 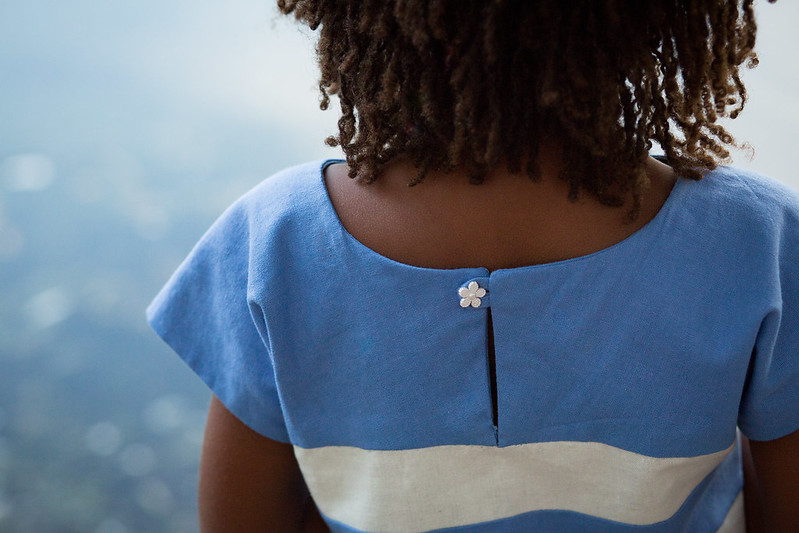 The second outfit I was drawn to was this yellow romper (?) below. 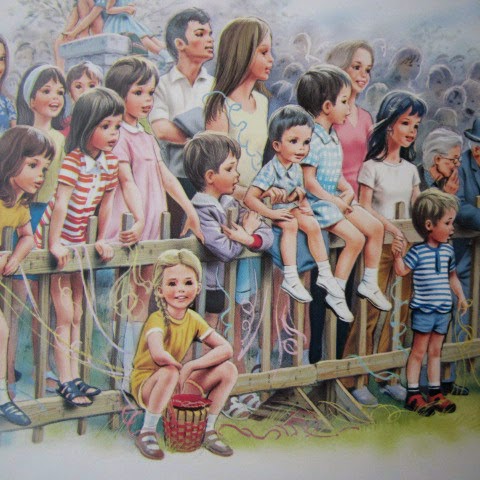 This time, I instantly thought of Indigo and the Oliver + S School Photo Dress, in corduroy. 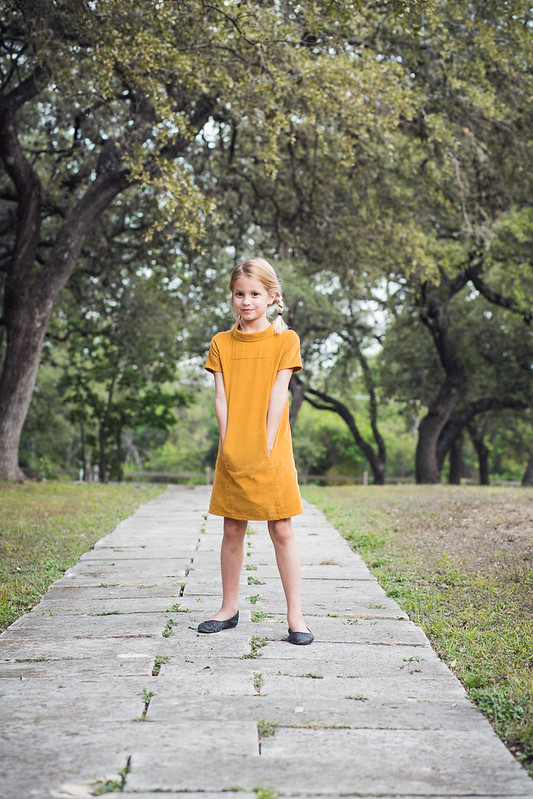 The only change I made to this pattern was to the sleeves.  I adapted them to take the shape of the Oliver + S Hide and Seek dress, which I felt better matched the vintage illustration. 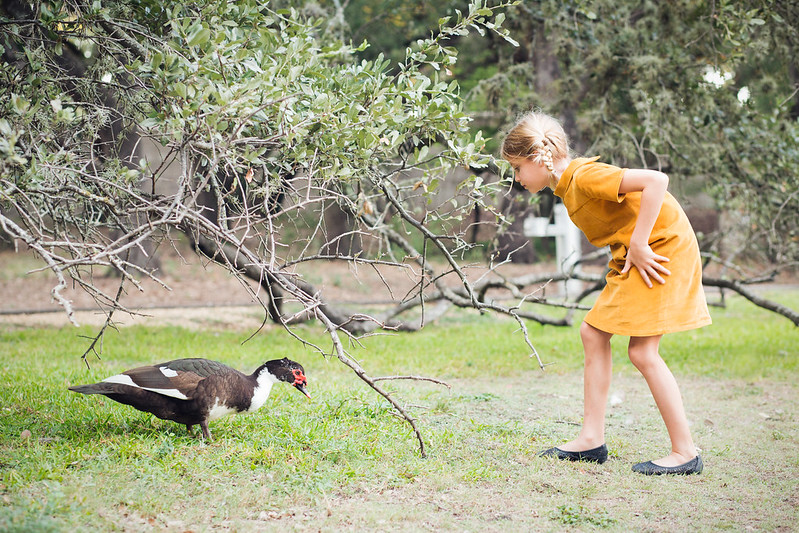 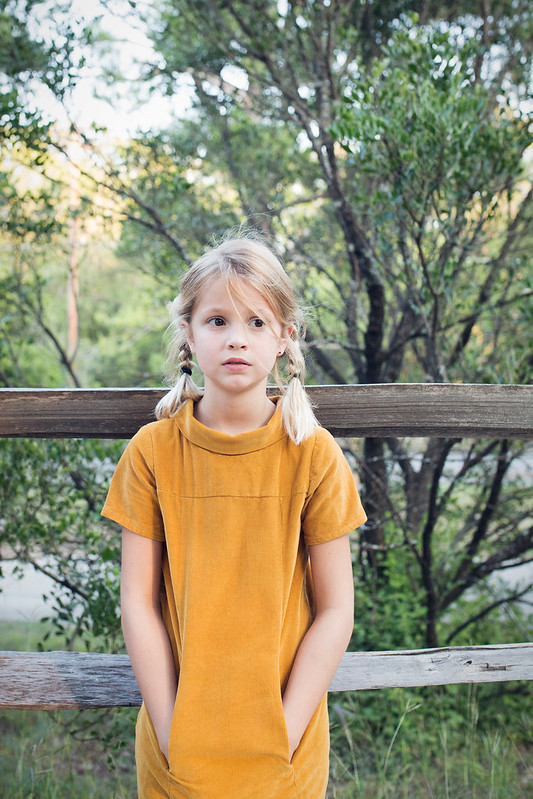 It had been awhile since I had sewn an Oliver + S pattern and I had almost forgotten how wonderful they are to sew. 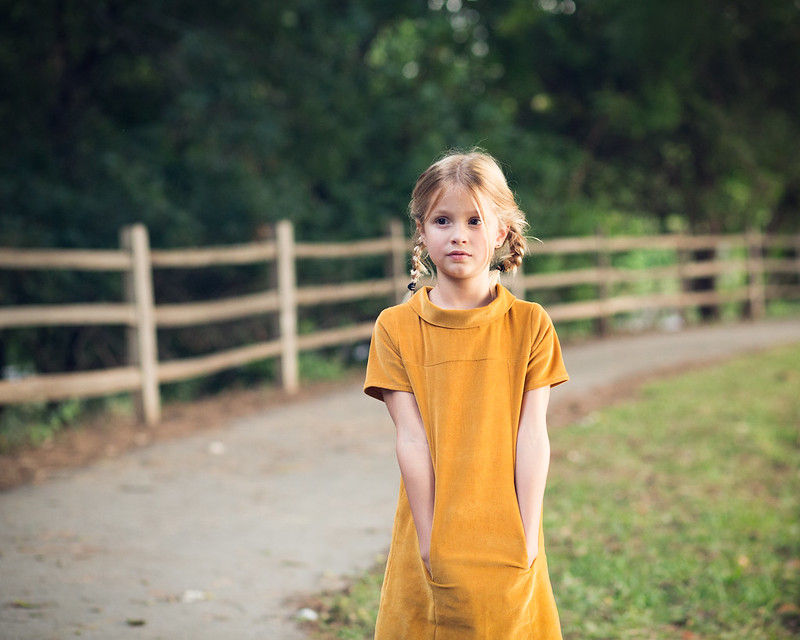 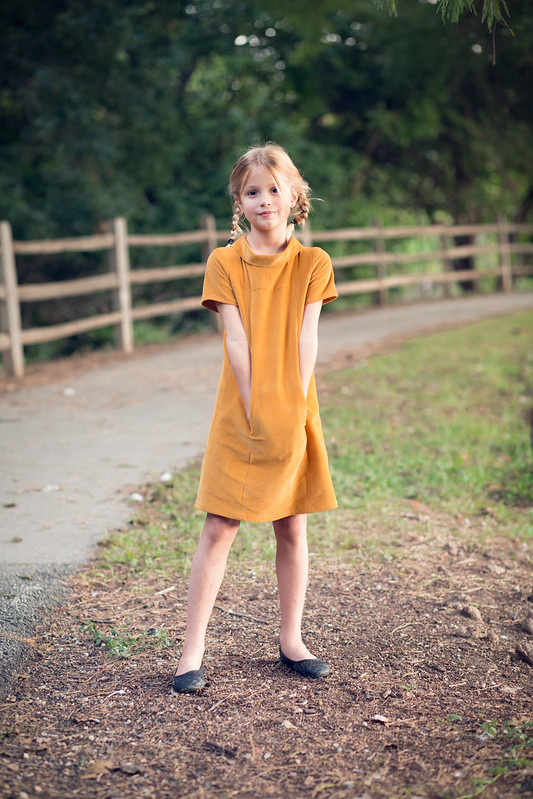 I'll admit, I often skip some of the steps - like notching and (sometimes) basting.  But I know my garment will always come together beautifully when I'm sewing an Oliver + S pattern, even when I take a few shortcuts. ;)  Liesl makes it so easy. 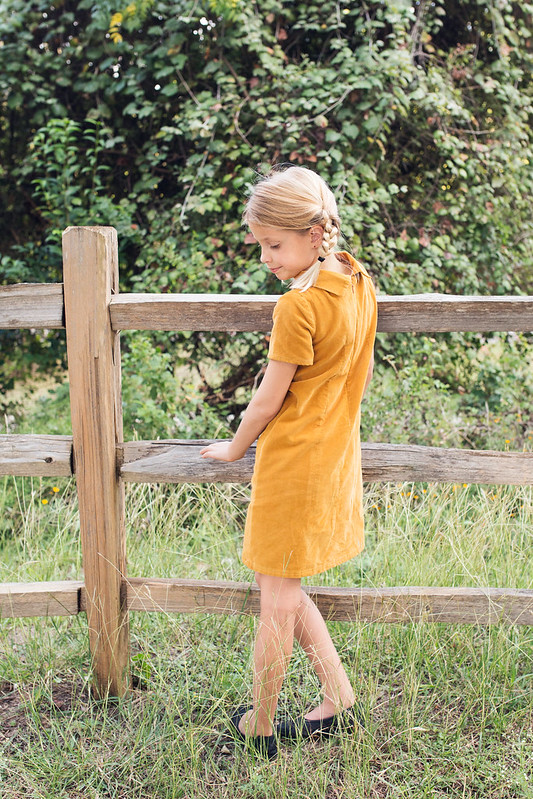 I bought the corduroy here.  The color was quite different from the photos.  I have to order almost all of my fabric online and it's always such a gamble as to whether the color was depicted accurately.  It's actually incredibly frustrating.  While initially I was not drawn to this color, it grew on me.  By the time I had finished sewing the dress, I absolutely loved it.   I think it goes so beautifully with Indigo's hair. 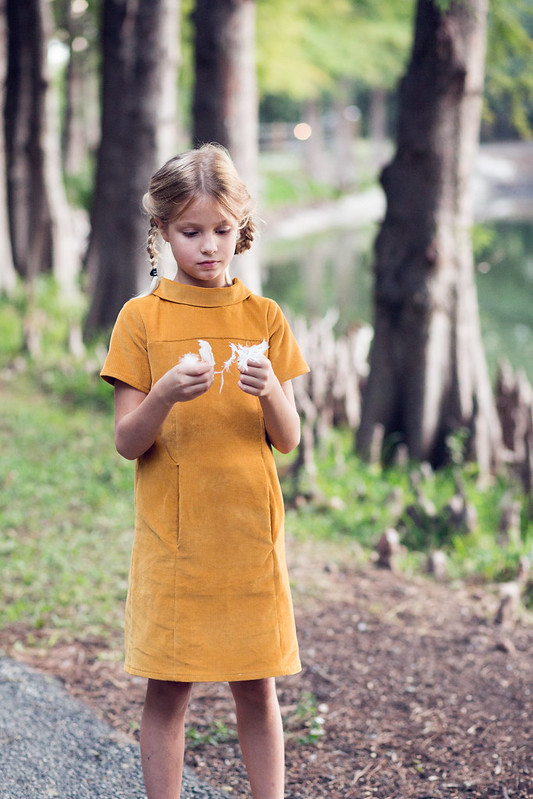 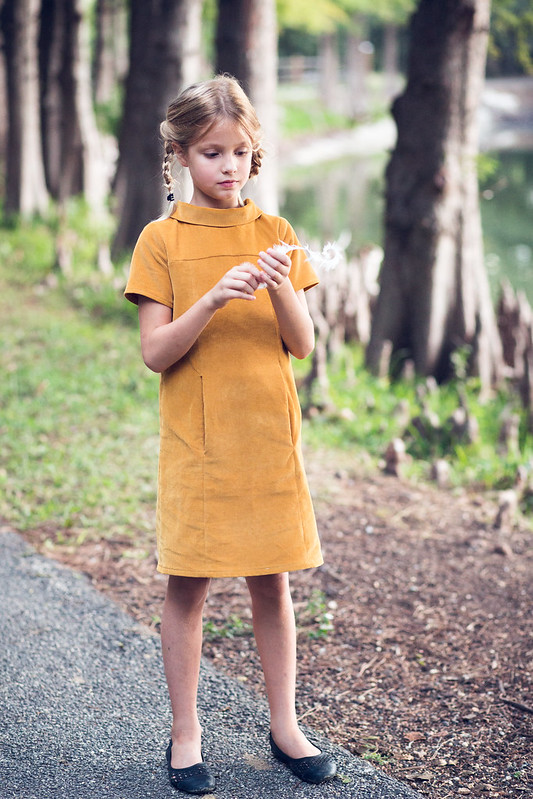 Inspired by the first illustration, I thought it would be rather idyllic to take the kids to a local park with a duck pond to shoot these photos, in addition to letting them run, play and feed the ducks. 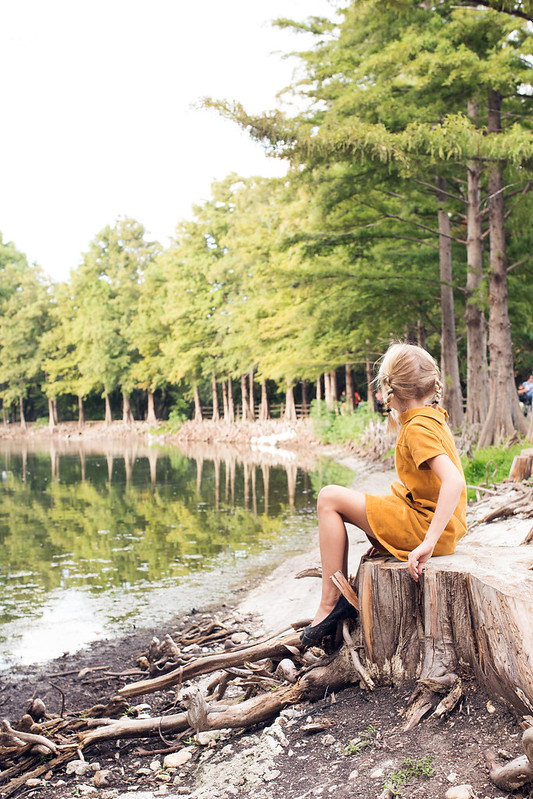 It seemed we had all of the key ingredients in place for some really lovely photos.   That was until Tia had a meltdown, Hazel had a maaaajor diaper leak, and finally, Iris accidentally disrupted a wasps' nest and was swarmed by wasps (!).  I swooped in, grabbed her and ran, and miraculously neither one of us was stung.  However I'm pretty sure at one point we had our own small symphony (cacophony?) of three crying girls.  Oh boy! 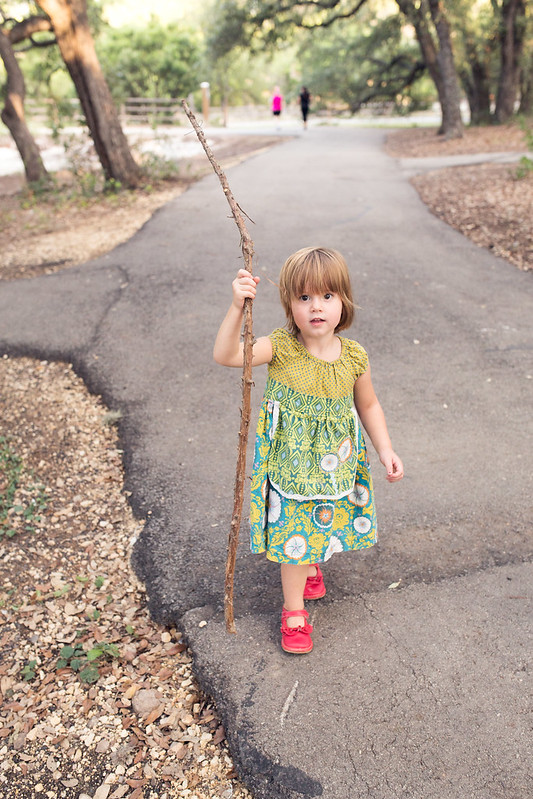 That was enough for us to throw in the towel and call it a day.  We had promised Indian food afterward and since we forgot to pack a change of clothes for the baby, that was out, too.  Thankfully, we were able to have a do-over the next day and all went according to plan that time. 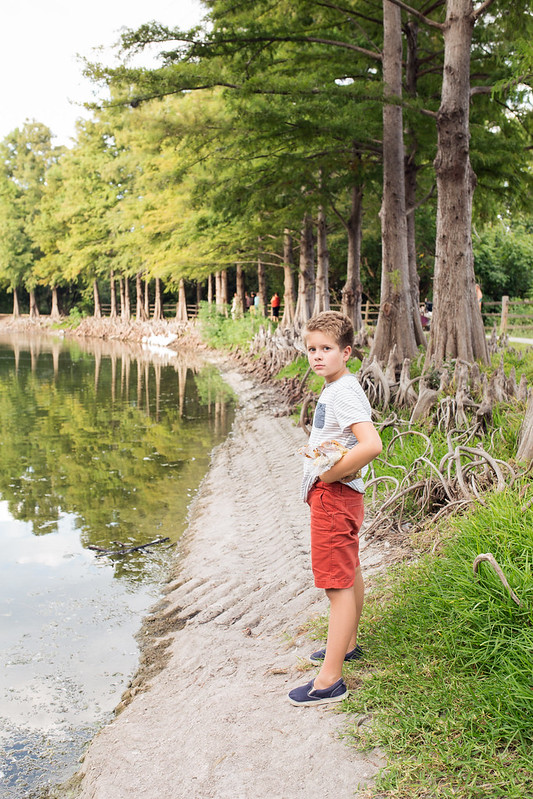 If you'd like to sew a Marcel Marlier inspired outfit, An and Suz are hosting a sewalong, which you can read all about here.  If you are looking for inspiration, you'll find lots of it on this Pinterest board that Suz put together.  The illustrations are so charming, whimsical and nostalgic.  I love them! 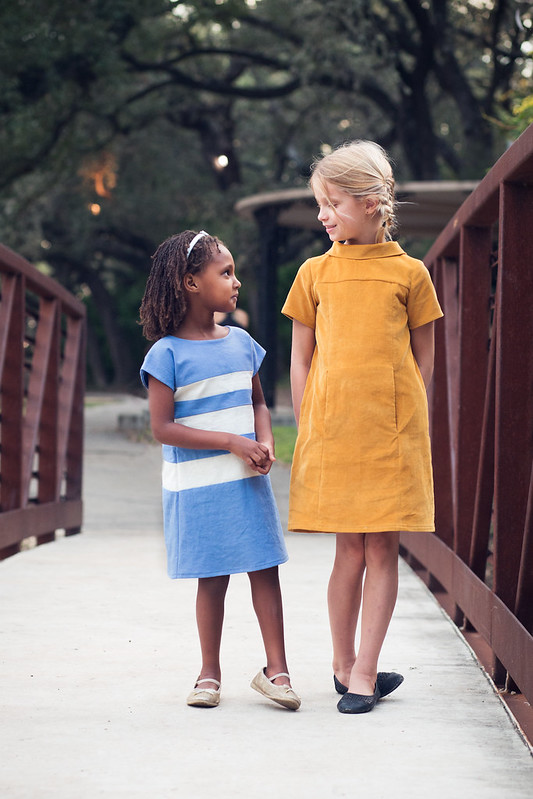 Thanks for having me, An and Suz!  Also, today Marte from Compagnie M is sharing her Marcel Marlier inspired creation.  You can check it out here. 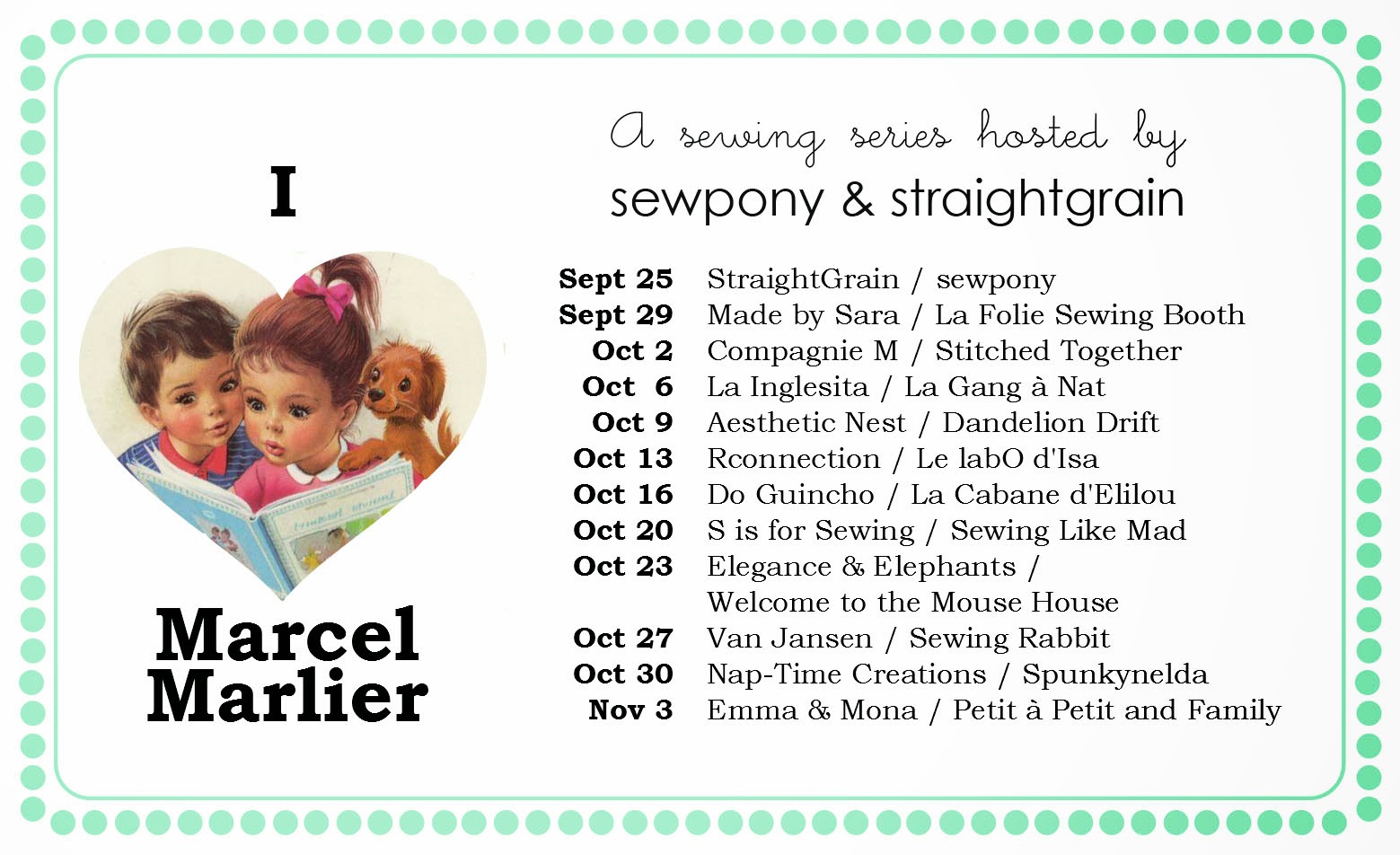