It's already over a week into December and oh boy, hold on to your hats!  Has it been just as crazy for you as it has for us?  Tarikua has almost a page (!) of lines to memorize for her kindergarten nativity pageant.  Jude and Indigo have worked diligently to memorize their piano pieces for their upcoming recital this weekend.   But Jude has kept us busiest of all with his involvement in our city's children's chorus. 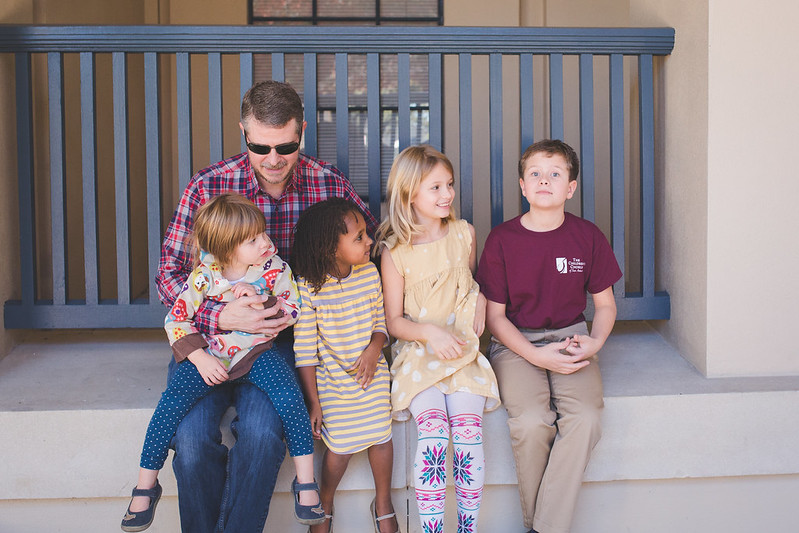 I count myself fortunate to truly enjoy these events which Jude is also so passionate about.  Dan and I both love music and it is a joy to see the choirs perform. 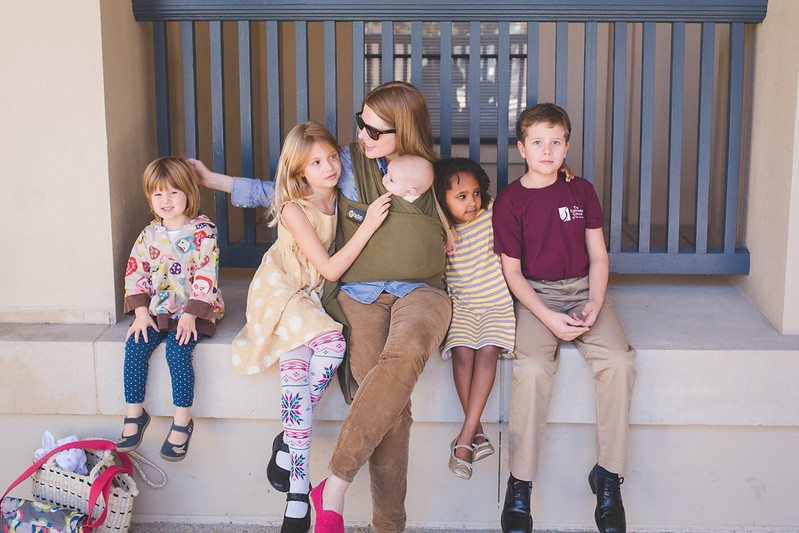 This year they had some pretty amazing events.  The day after Thanksgiving, they sang at San Antonio's tree lighting ceremony in the Alamo Plaza.  A 55 foot tree decked out to the nines.

There were various groups performing, but for our kids those undoubtedly played second fiddle to the street food (namely, the snow cones) 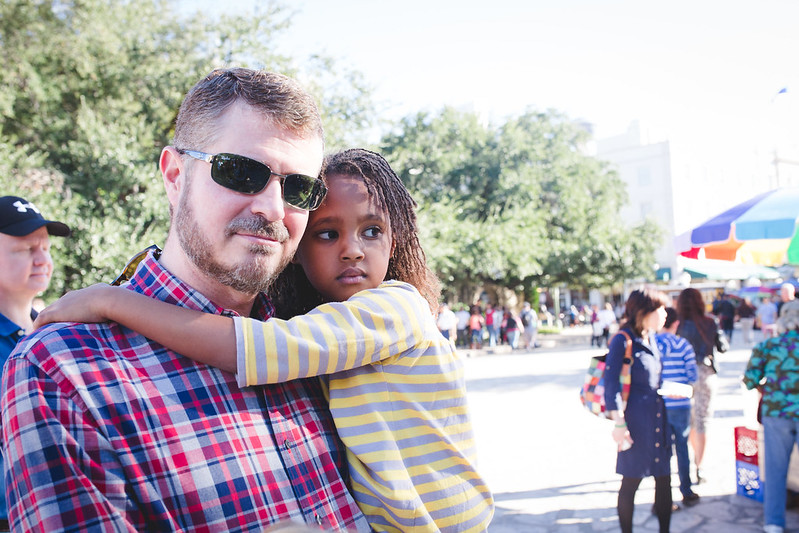 and the shuttle ride there. 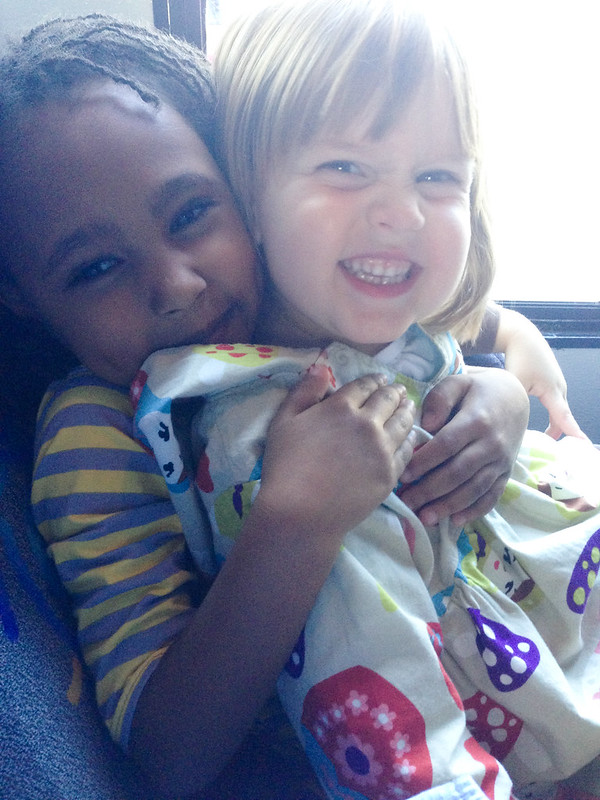 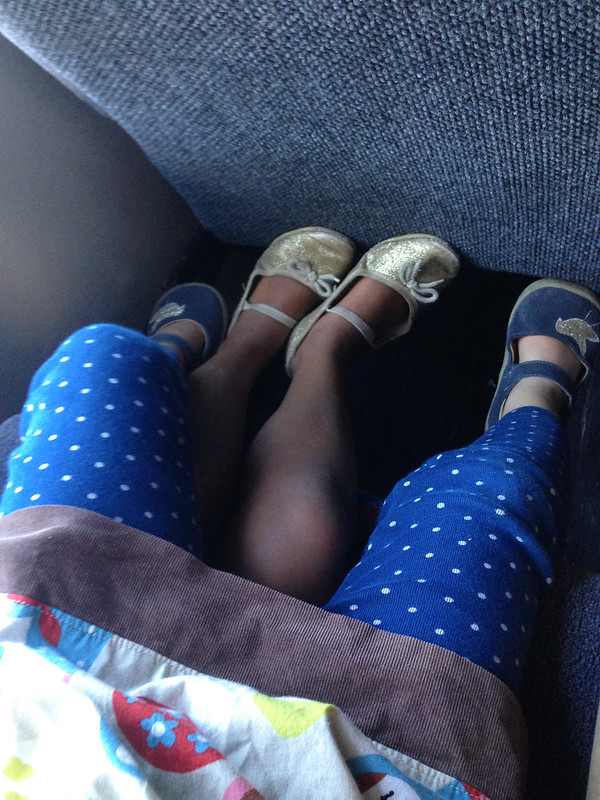 We all came to show our support for Jude. 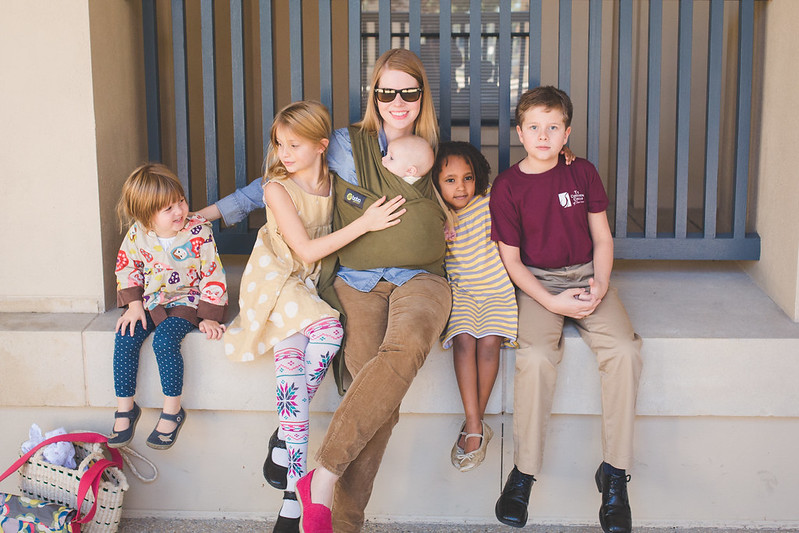 The stage could only accommodate 20 children.  Jude was selected among them - there are 90 in his choir, so he was thrilled to have the opportunity! 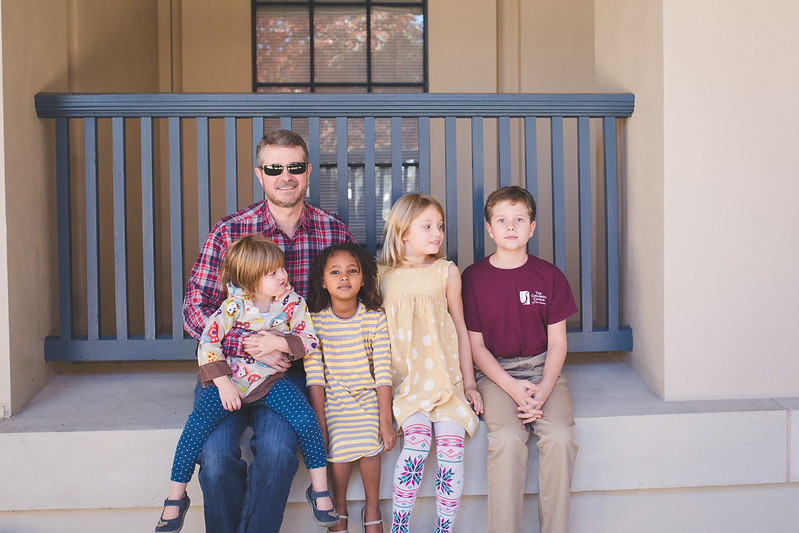 We noticed Jude was rather stoic in these photos and wondered if perhaps he didn't appreciate taking family photos in front of his friends.  He said he was game, but now,  I'm not so sure.  He'll be 10 next month and I'll probably need to start being more cognizant of these things.  ;)

Perhaps even more exciting was their invitation to sing on a barge at the Riverwalk lighting ceremony. 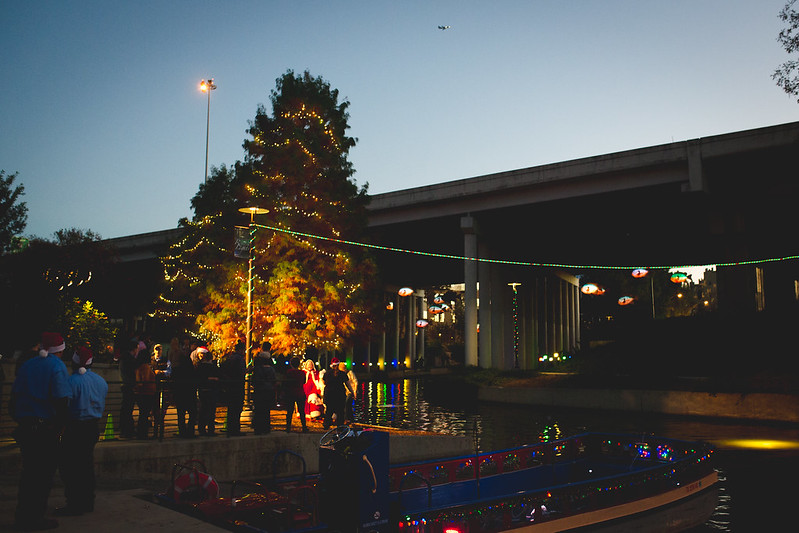 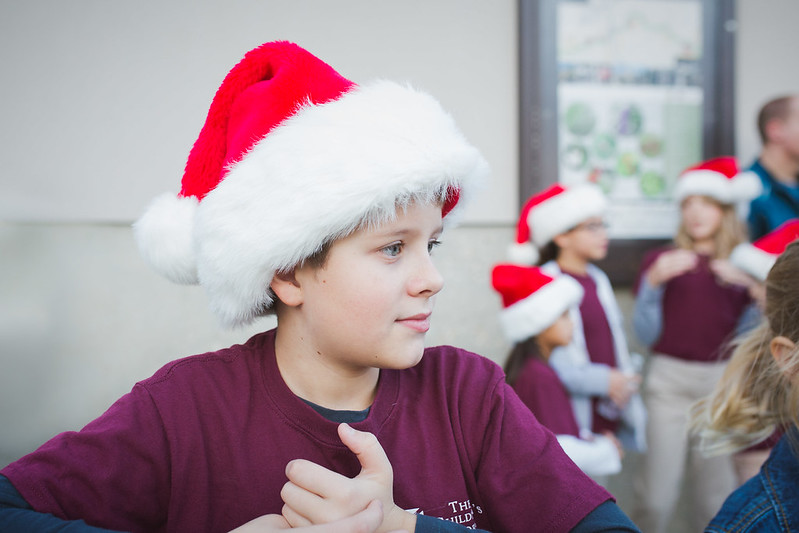 The sweetheart that he is, he agreed to give up his spot to give someone else a chance, but they said they wanted him to sing. 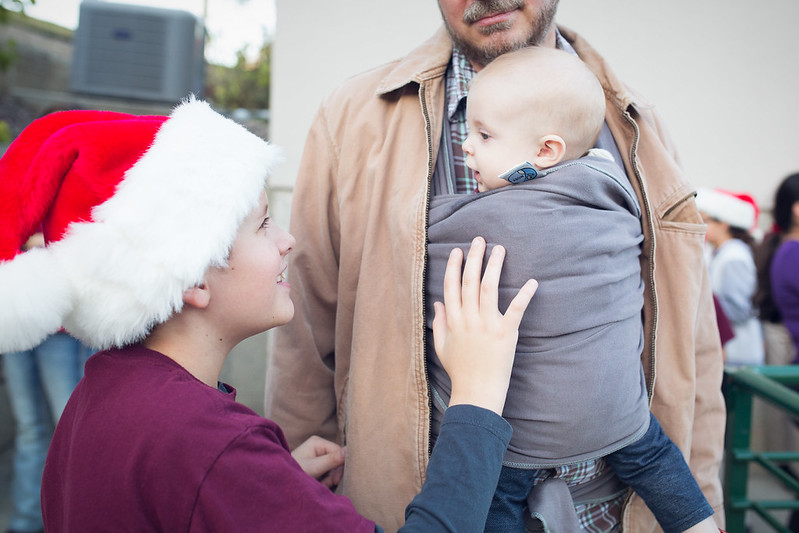 (The girls do outnumber the boys by a long shot, so that likely helped.) 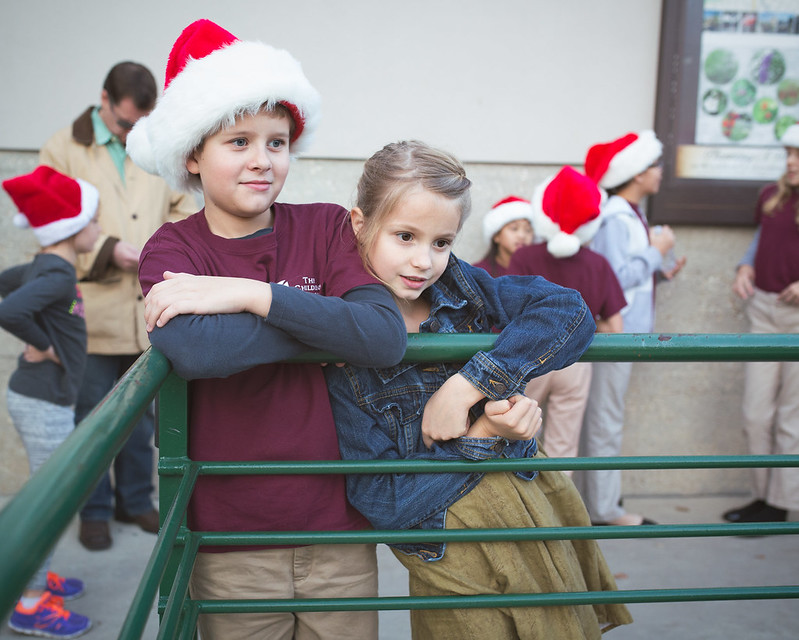 Soon enough, the kids were off. 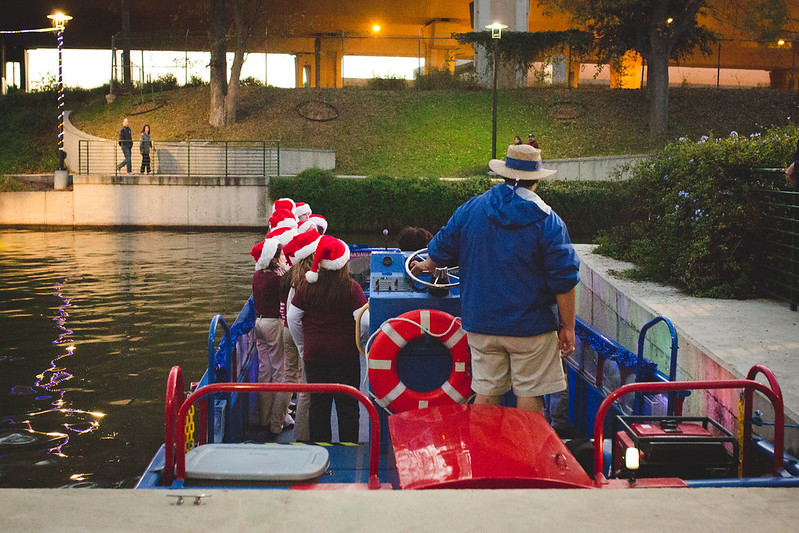 They were preceded by barge with the youth orchestra and followed by a mariachi band and then a jazz band. 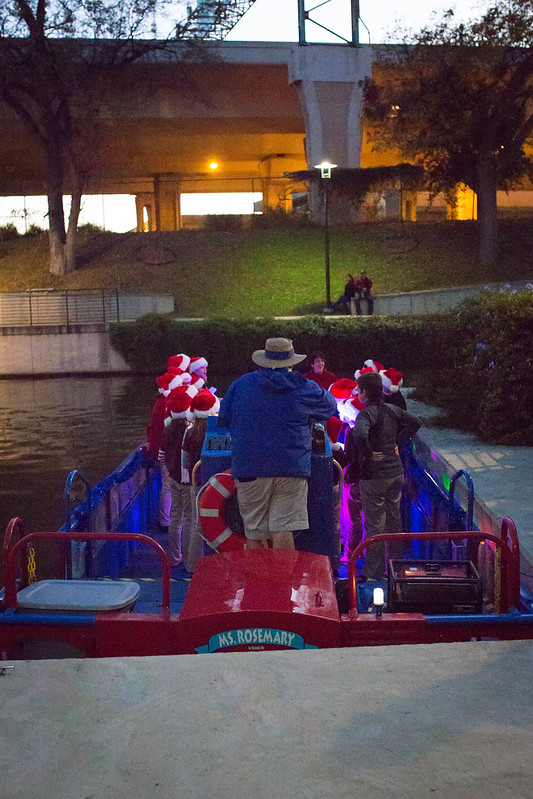 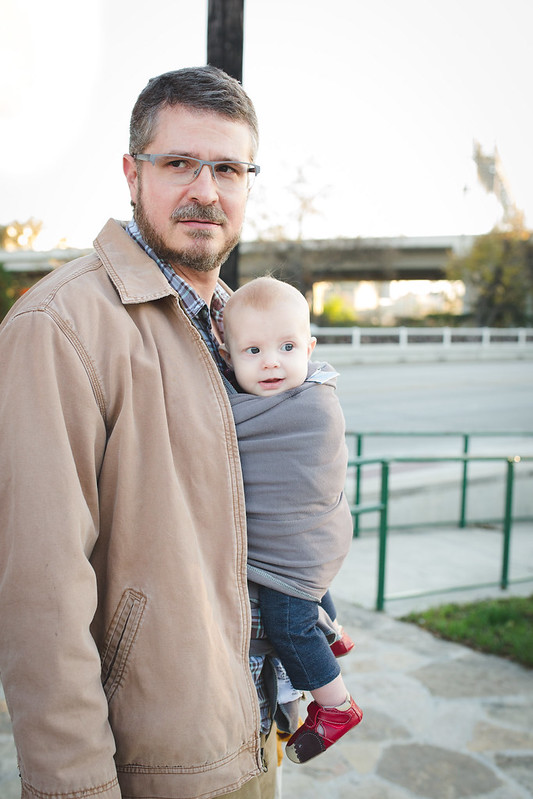 and I was free to take photos to my heart's content. 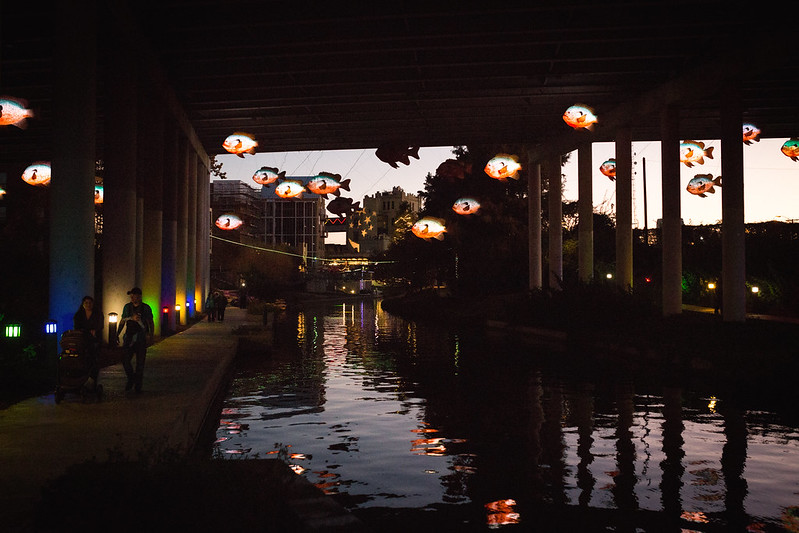 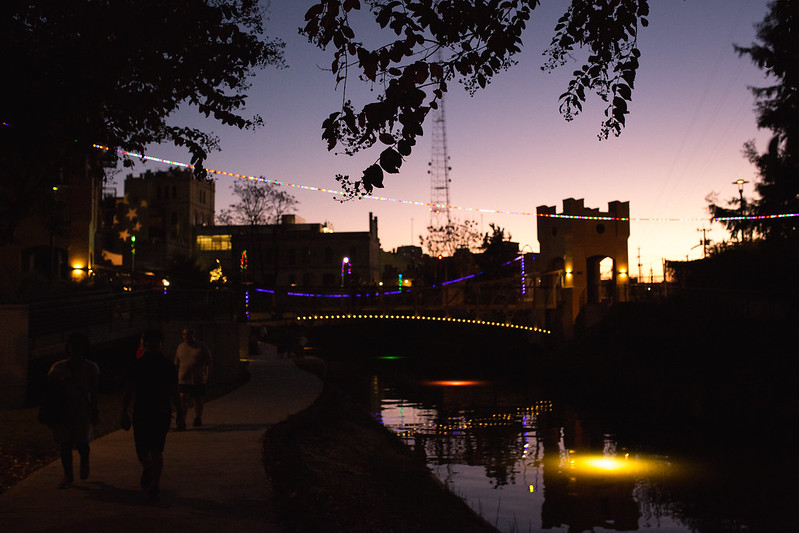 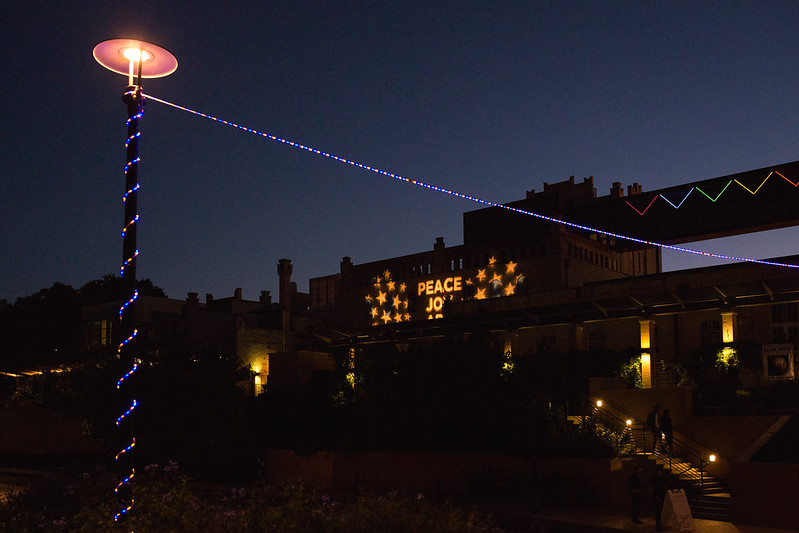 Dan, Indigo, and I ate at this amazing hole in the wall place while we waited for Jude's barge to go by. 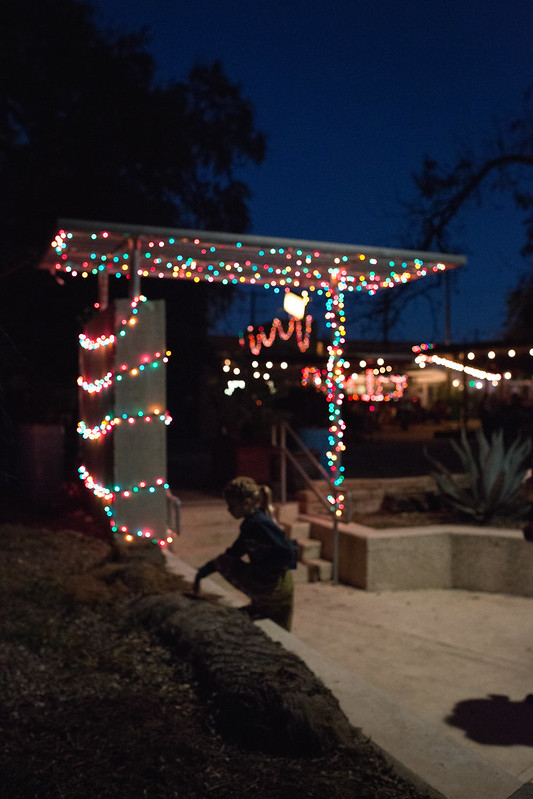 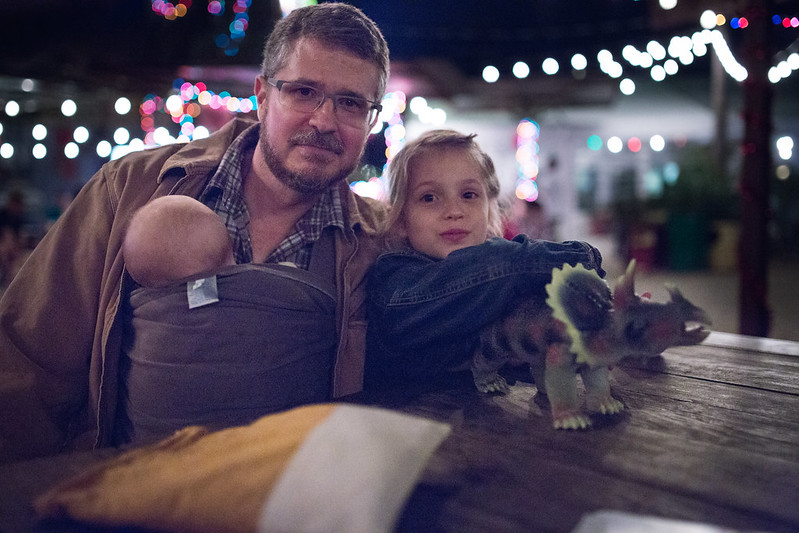 When they passed we clapped and cheered. 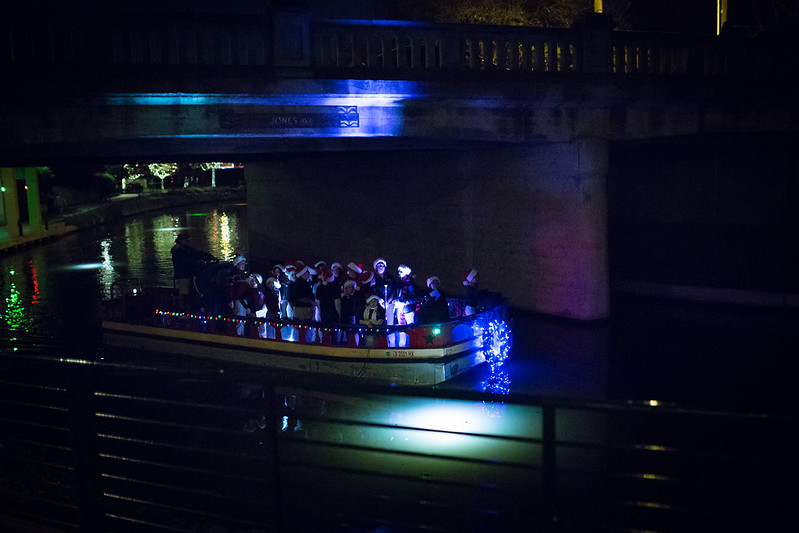 The grand finale of the season was the choirs' performance at the new Tobin Center for the Performing Arts. 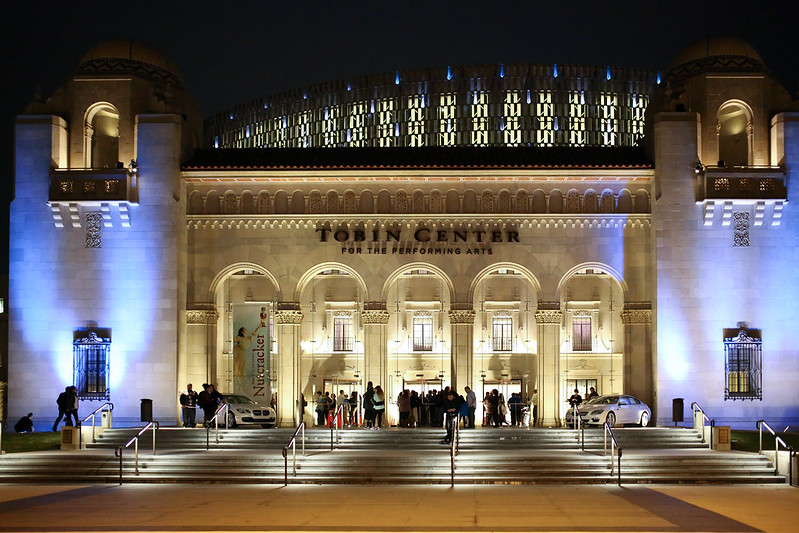 The chorus' interim artistic director is an (apparently) world-renowned conductor.  Almost the entire performance was accompanied by members from the San Antonio Symphony Orchestra. 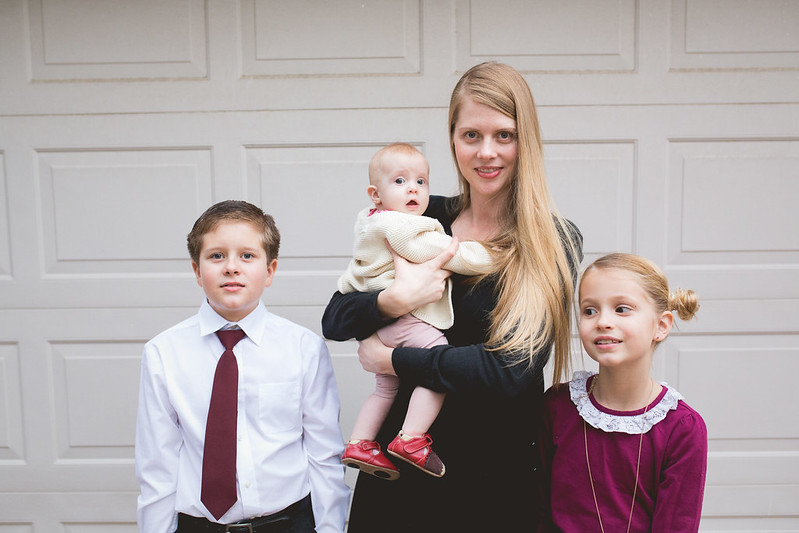 It truly was spectacular.  I woke up this morning still thinking about how incredible it all was. 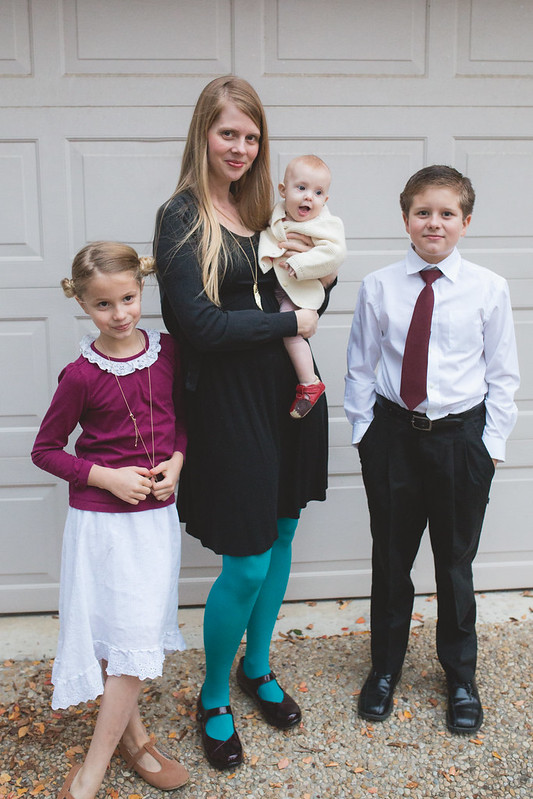 Dan and I are so proud of Jude.  Every week, he eagerly attended the 2 hour rehearsals.   The week before the concert he attended three 2 + hour rehearsals!   In one week!  He memorized all of his music.  He sang in four different languages.   He stood for a really long time without complaining.   :) 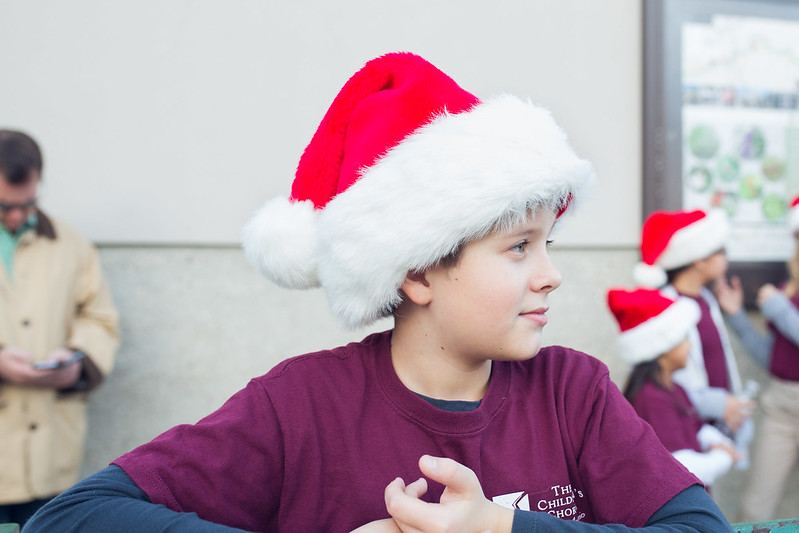 We're also so grateful to have such an incredible organization in our community.