By nature, I tend not to be the most organized person in the world.  I'm more of a free spirit.  I like to go with the flow.  Schedules can feel confining to me.  And yet one of the biggest lessons I have learned is that organization really is key to a biggish family running smoothly.  While it does not come naturally to me (at all!), I have learned to become a more organized person.  I find it makes things feel a lot more peaceful. 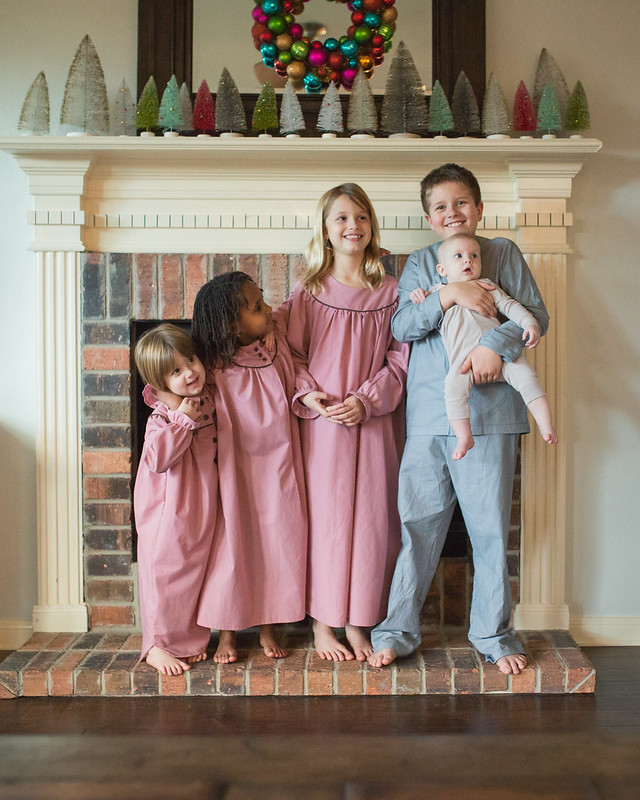 So, yeah, I totally dropped the organization ball on the Christmas pajamas this year.  I did plan enough in advance to have Jude pick out his fabric early.  I knew I wanted to sew his pajamas first because I don't do a lot of sewing for him.  Jude is a basics kind of kid.  He generally wears jeans or cords and tshirts.  I haven't yet sewn jeans and am only recently getting into tshirts.  So this was a great opportunity to make something special for him.  He liked the idea of choosing his own fabric and we picked the Oliver + S Sleepover Pajamas together, but without the pockets or contrasting cuffs. 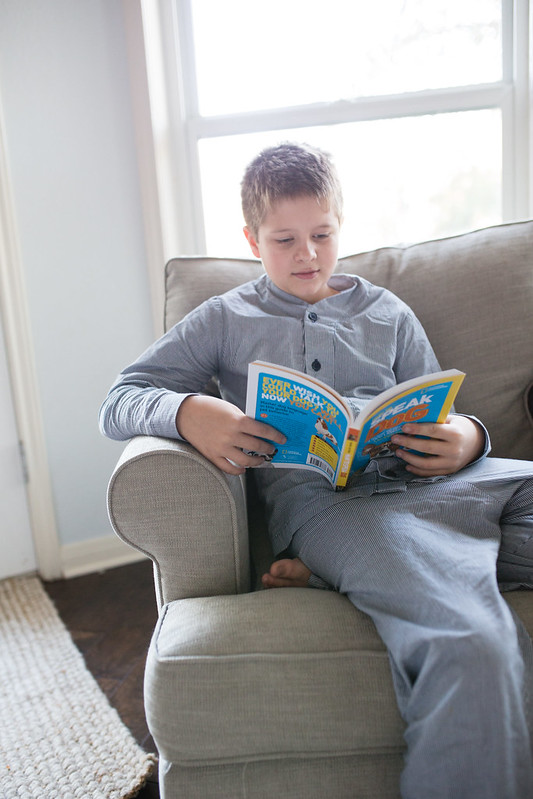 I sewed the size 12 (Jude will be 10 this month!) and it was perfect, if not a bit tight in the chest.  This is a unisex pattern and I wonder if, at this age/stage, boys and girls sizing might vary too much for a unisex pattern?  Jude is definitely getting the chest of a strapping young man.  But, as always, Oliver + S does not disappoint with instructions and since I made this last year, I was able to sew the whole set in about 3 hours. 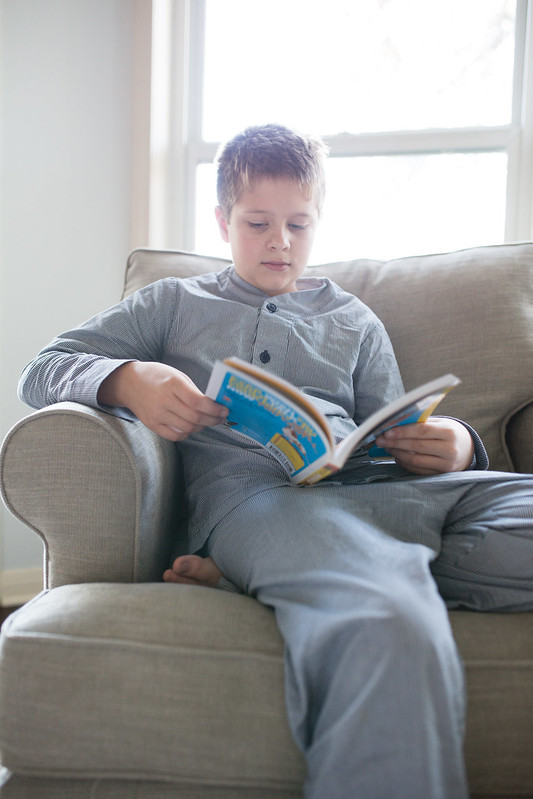 Next I made Tia's gown from a vintage pattern : Advance 4831.  From what I read online, this pattern was published in 1948.  I was telling Indigo that if I held onto this pattern for her or her sisters to sew for their (hypothetical) daughters someday, there's a good chance it would be 100 years old!  That is just incredible to me. 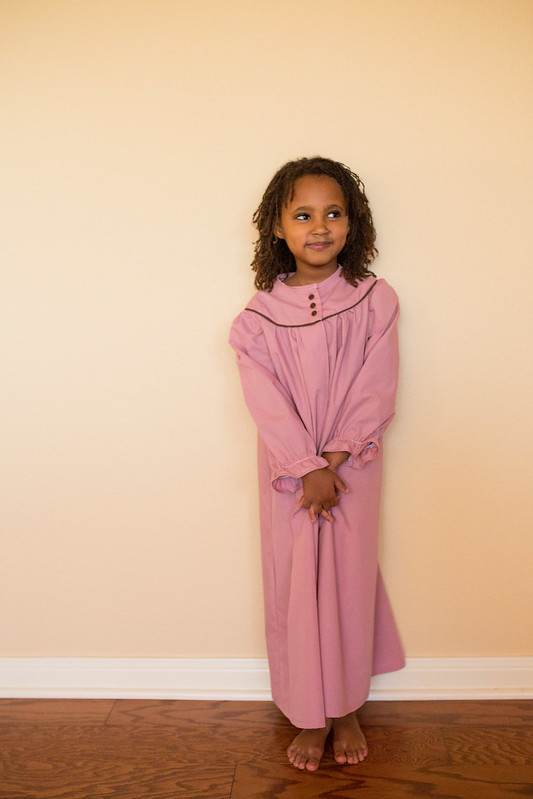 I had originally planned to sew this pattern for Indigo based the chest measurement.   I then added a whole lot of length.  But it ended up being way too tight in the chest for Indigo, so I lopped off at least 6 inches from the sleeves and bottom skirt to make it work for Tia. 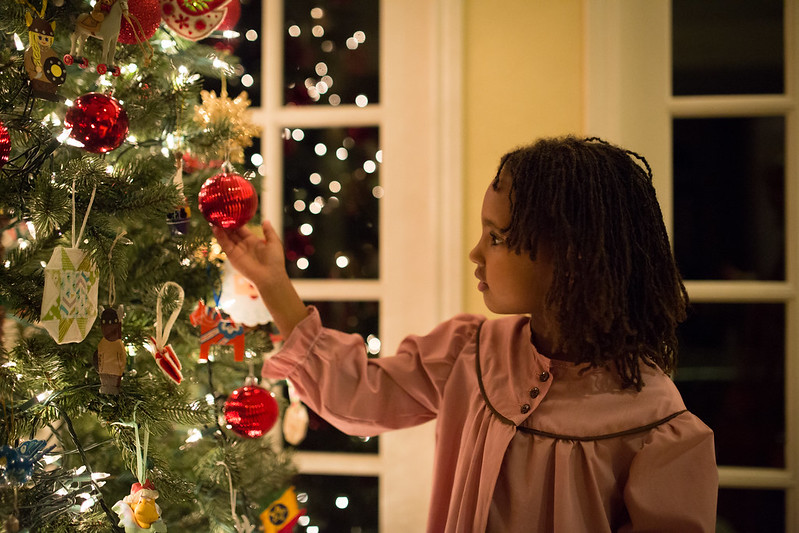 For Iris, I used another vintage pattern - Butterick 9987. 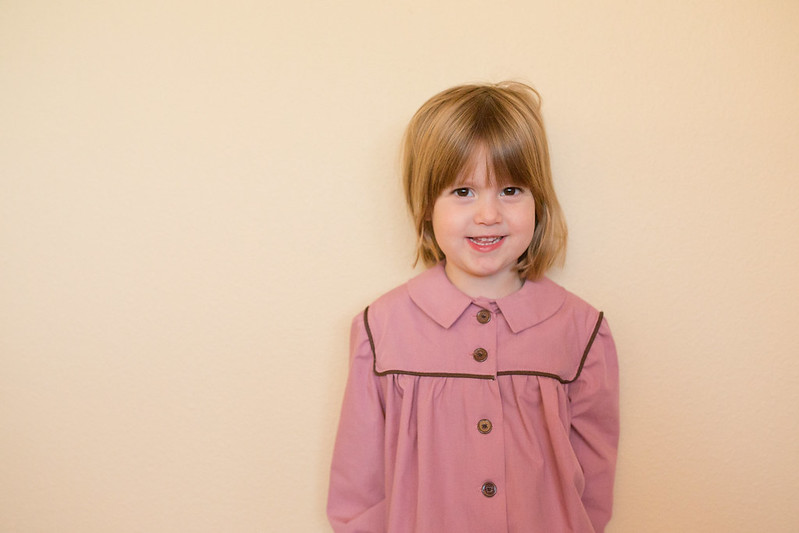 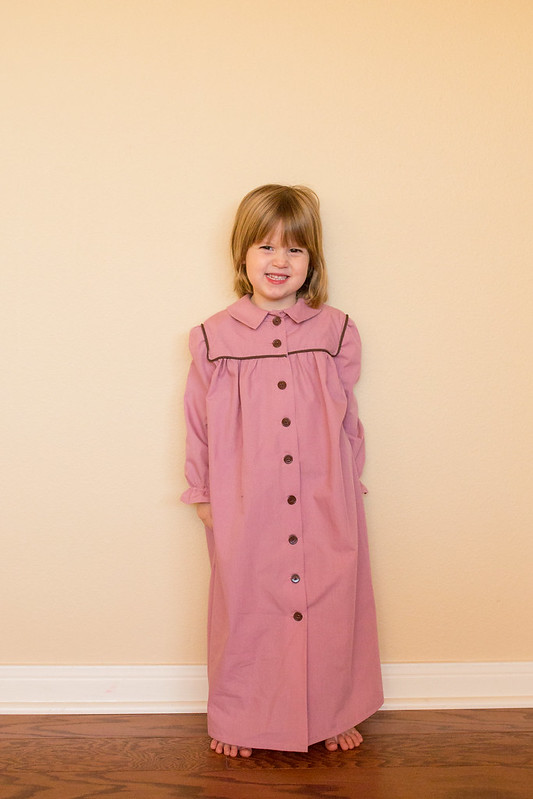 This ended up being my favorite nightgown of all, though it was somewhat frustrating to sew.  The directions were pretty confusing at times. Also, some of the right side/wrong side diagrams were wrong which was annoying because I had to seam rip my serged seams. 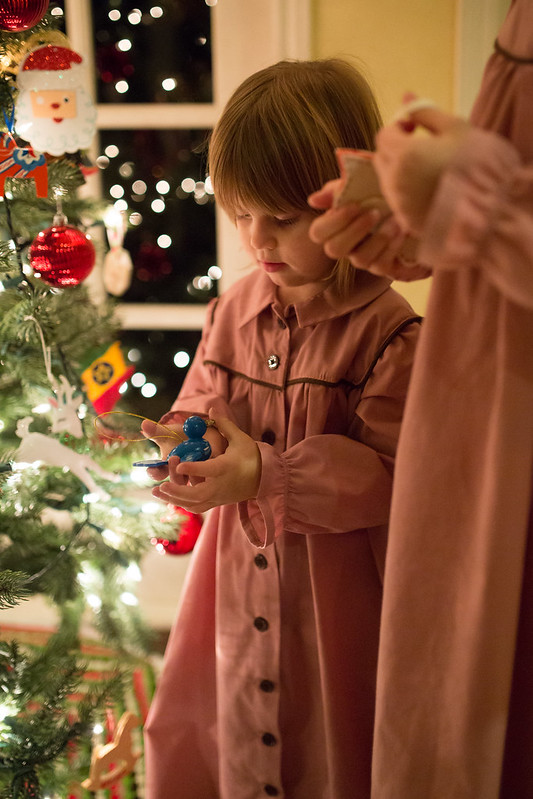 Still, I think these vintage nightgowns have the sweetest details. To me, that makes them so special and I really feel they were worth the effort. 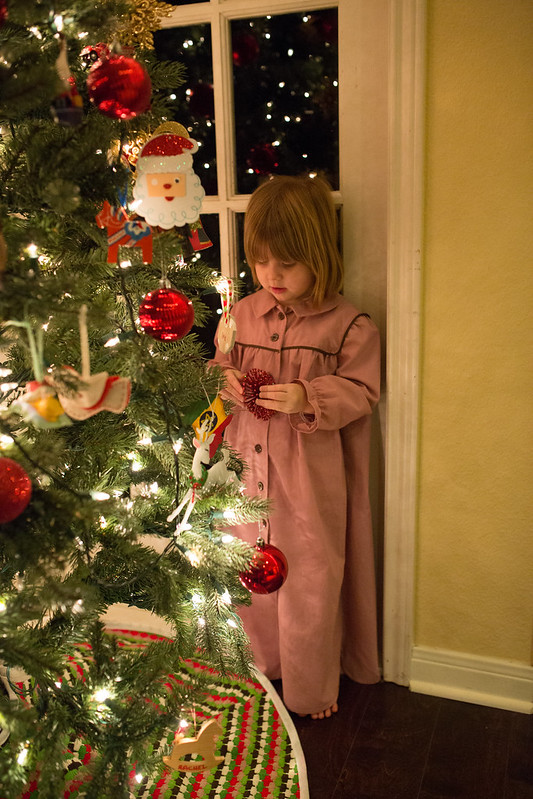 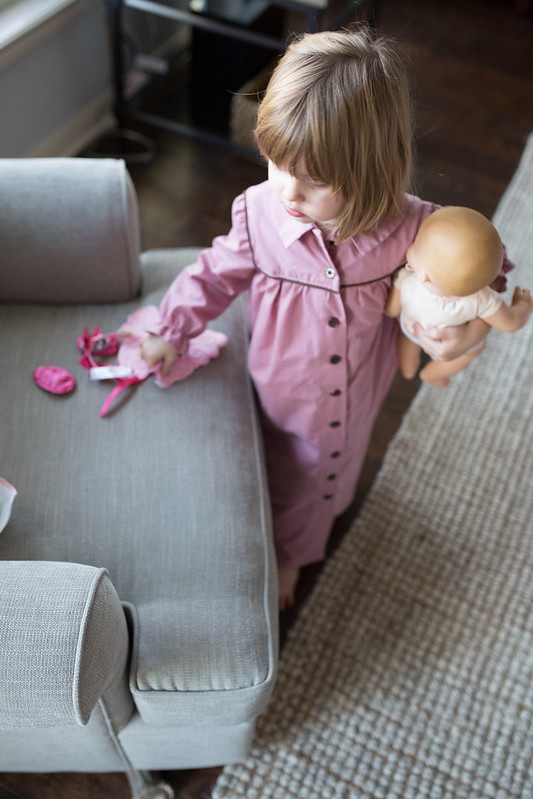 This left me without a pattern for Indigo.  We went to Joanns and then Hobby Lobby and it was all pretty slim pickings.  We eventually landed on a Simplicity pattern. 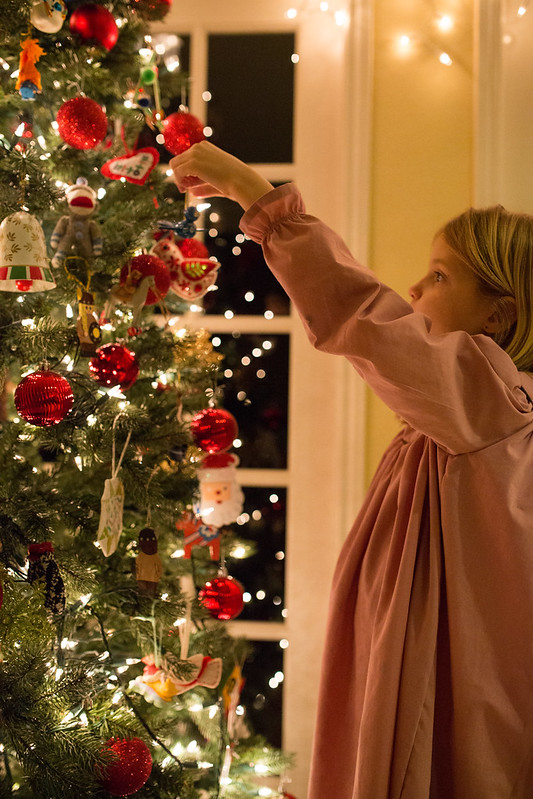 I had the worst time finding fabric.  I had ordered some through fabric.com but it took almost 2 weeks to arrive, not getting here until the evening of the 23rd.   I knew I needed more time than that, so I went to Joanns and Indigo and I chose some fabric, but when it was washed, it was so scratchy!  I knew my girls would not wear it.  While I have found that Joann fabric has improved over the years the quality is still, in my opinion, not nearly as reliable as what you will find at indie fabric shops. 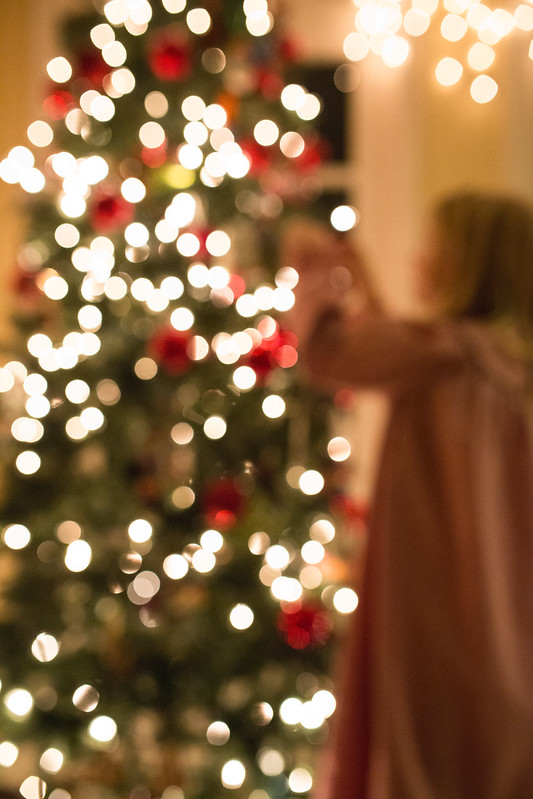 We don't really have any indie fabric shops here so I went to Hobby Lobby and found this dusky rose broadcloth.  I think it actually worked pretty well.  It's light and floaty and the girls liked it. 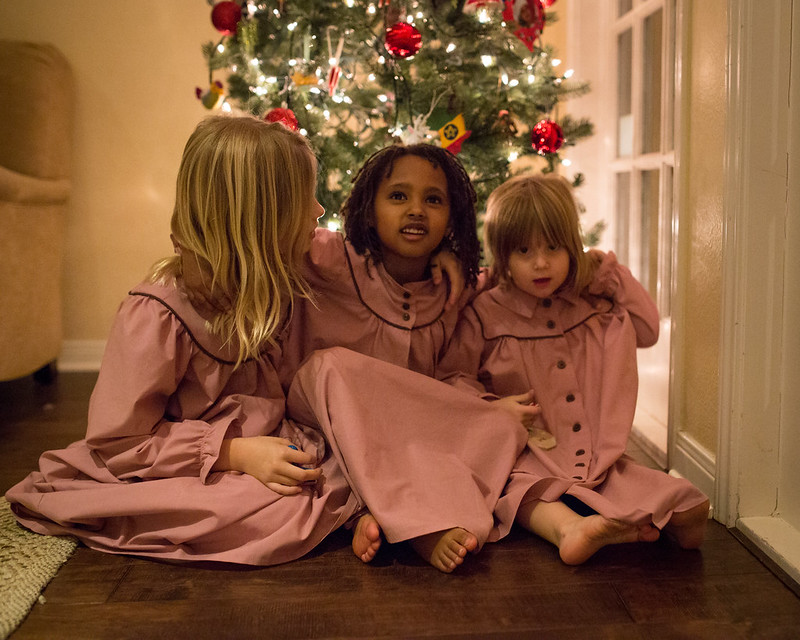 Next year, I would definitely plan more in advance if I decide to tackle Christmas pajamas again.  I sewed these in 4 evenings but I was up until almost 2am every night and a little stressed out about finishing in time.  I think next year, I would like to have my fabric and patterns purchased in advanced.  I would like to have everything cut out and ready to go, but I definitely do not want to spend all of December sewing Christmas pajamas.  So a little last minute push at the end is a-ok with me. 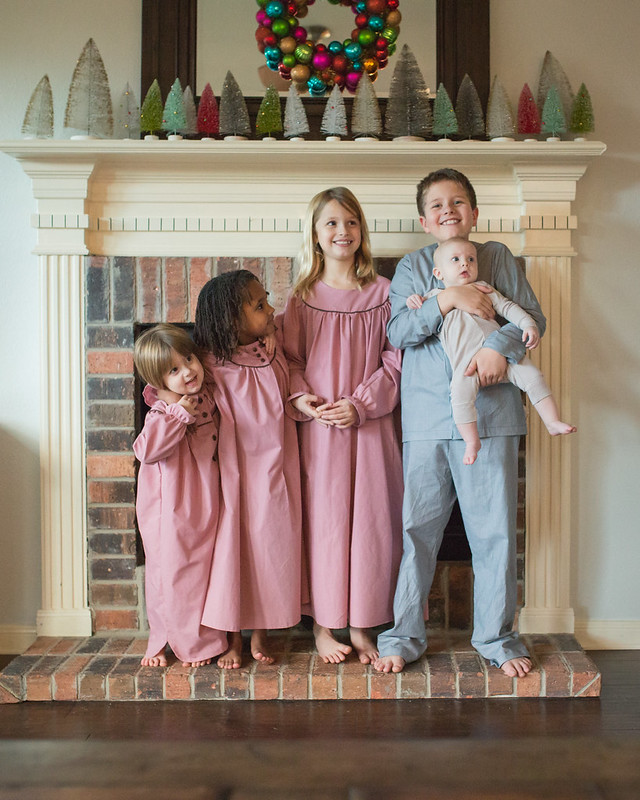