Last week was hectic and intense (thus the lack of a blog post -not that you noticed), first and foremost because Iris had to have her tonsils and adenoids removed. 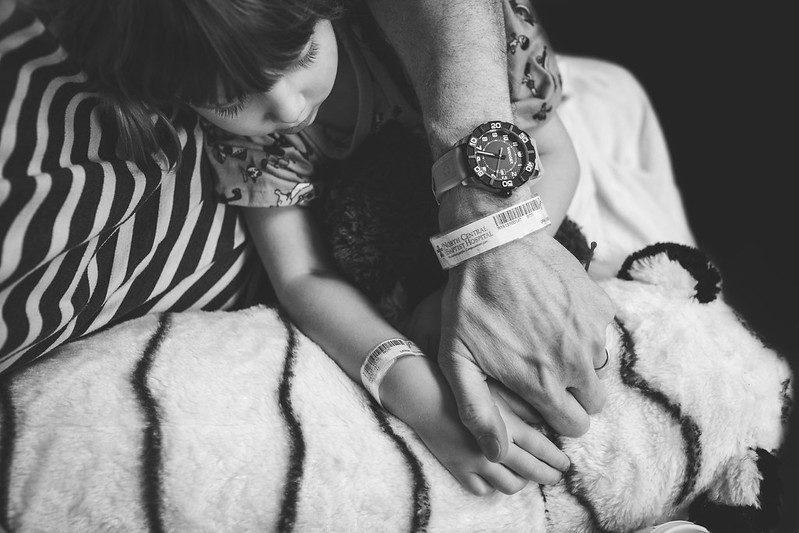 She has been a very healthy girl and hasn't had a single throat infection nor allergies. But... her tonsils and adenoids were enormous and had been causing sleep and breathing issues (sleep apnea). She was a loud snorer, a mouth breather, a frequent night waker, and then in recent months started waking herself up gasping several times a night. 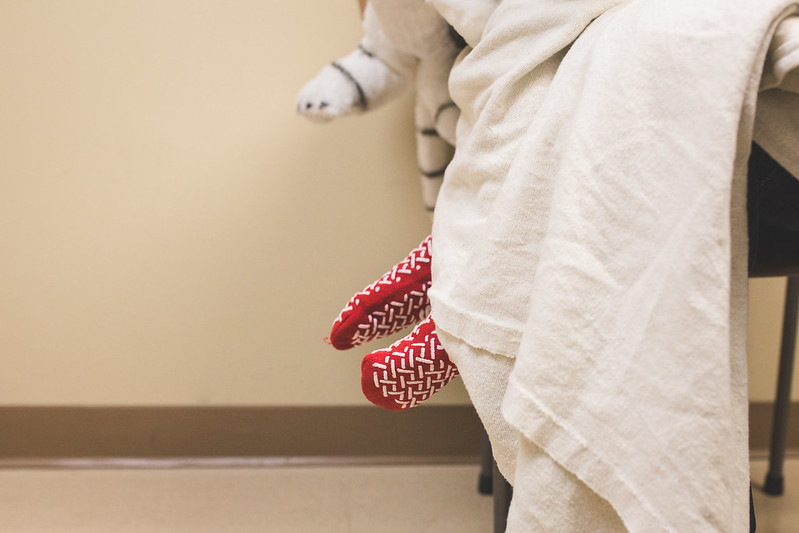 Her tonsils were so big that they would literally touch when she would say, 'ahhh!'.  She started having labored breathing during the day when she would get just a little congested.   We took her to the urgent care for it one evening and the 60 year old pediatrician said they were the biggest tonsils she had ever seen!

Iris would ask people "Would you like to see my tonsils?!" as if it were her super cool party trick.  :) 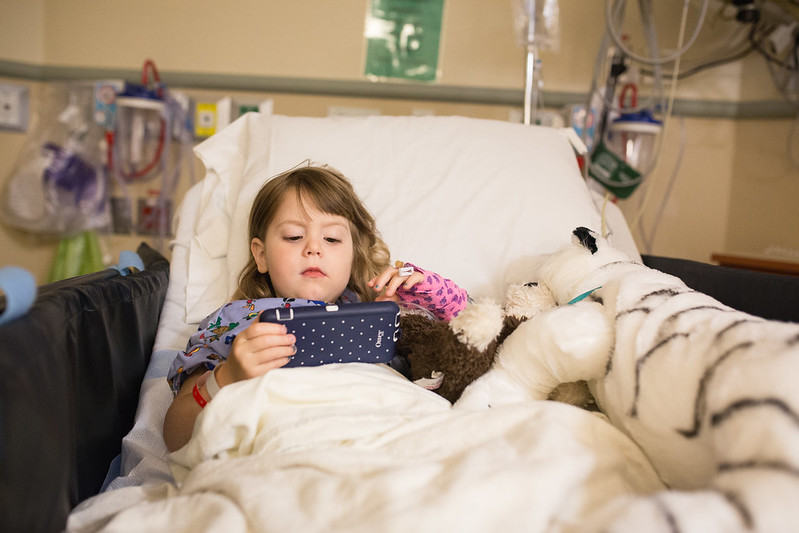 Also her adenoids were blocking 90% of her nasal passage, which we've known since she was 17 months old, but wanted to be conservative about surgery then.  At this point, though, every doctor agreed that it was time. 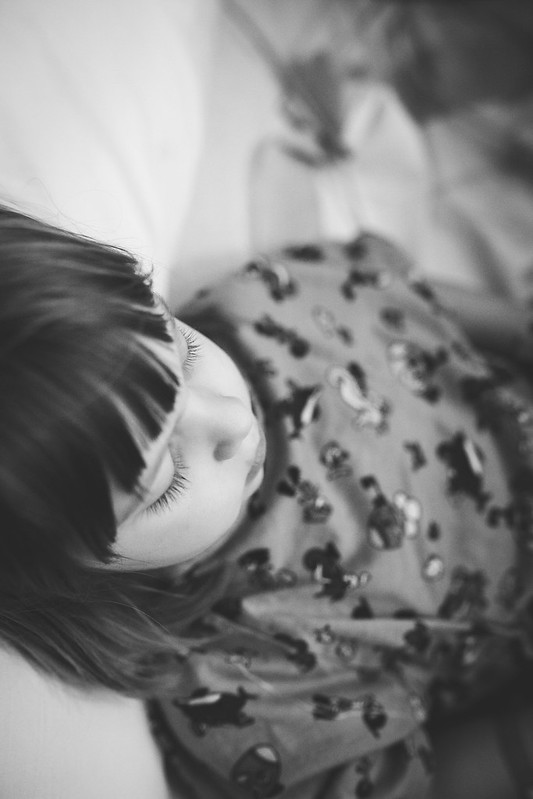 Thankfully, 11 days post surgery, she is mostly on the other side and is doing well. 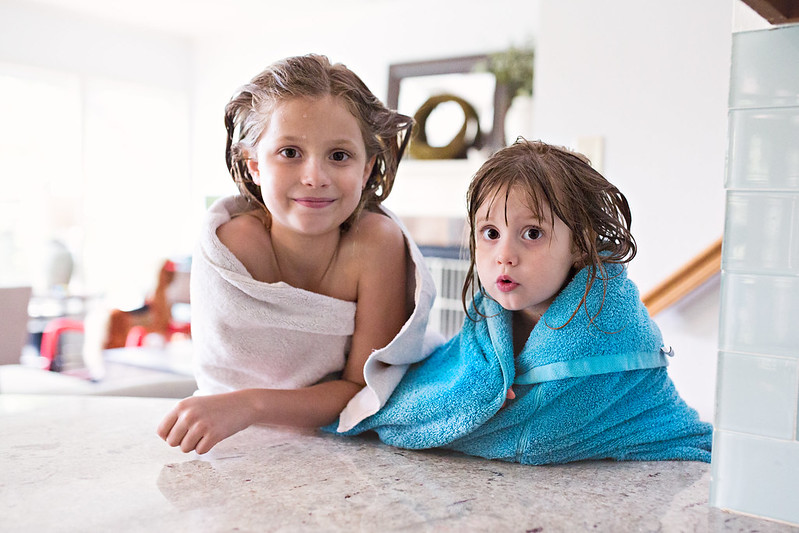 Dan took most of last week off so we could both care for Iris while keeping the house running.  While she rested, I gave Jude and Indigo their standardized tests.  They went incredibly well and it also means our homeschool year is officially over.  Whew!  I feel so much lighter this week!

One morning while Dan was home, I had the chance to sneak away to Tia's half day kindergarten to do a photoshoot of what goes on in her classroom.  Tia's teacher is 67 years old and she gets up and down on the floor, she dances with the kids, gardens and crafts with them.  She is amazing and such an inspiration! 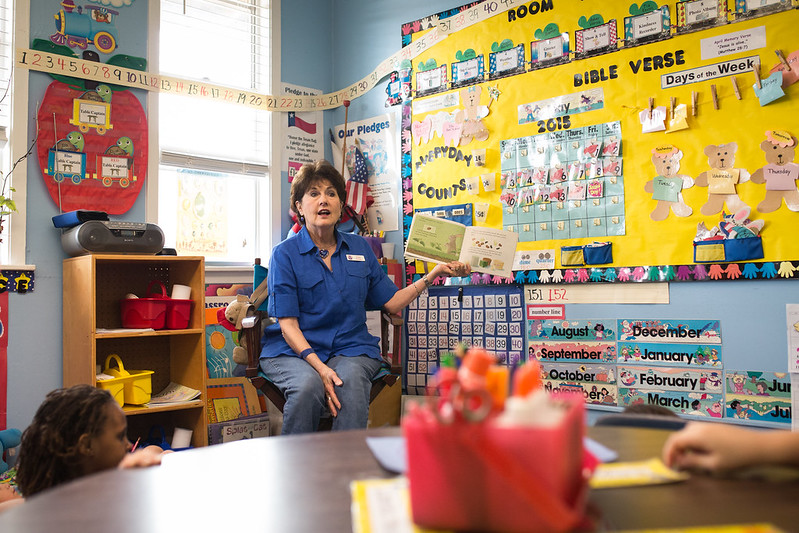 Tia was absolutely thrilled to have me there, which made it extra special. 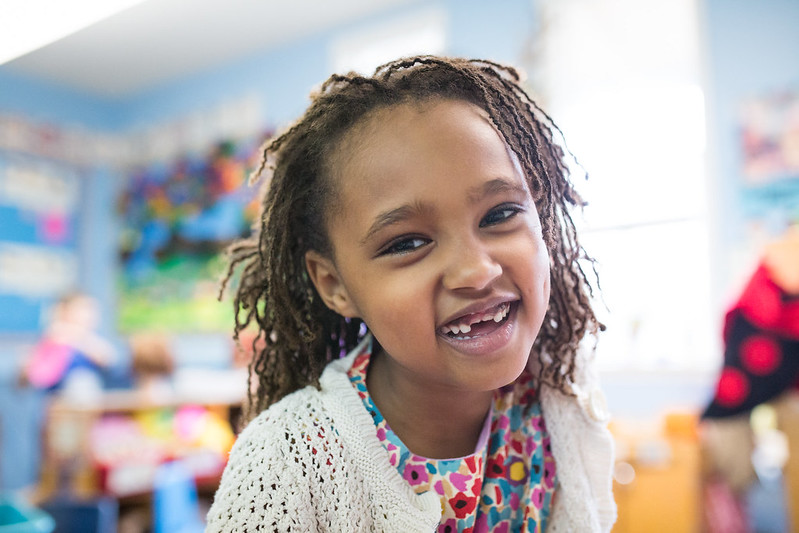 Finally, on Monday the 11th, Hazel turned 9 months old.  Mother's Day seemed like as good a day as any to attempt to get a photo with all of my kids.  I feel incredibly awkward in front of the camera and much prefer being behind the camera to in front of it.  But the older I get, or maybe the older my kids get, the more I realize that it's important for me to get in the photo every once in awhile, too. 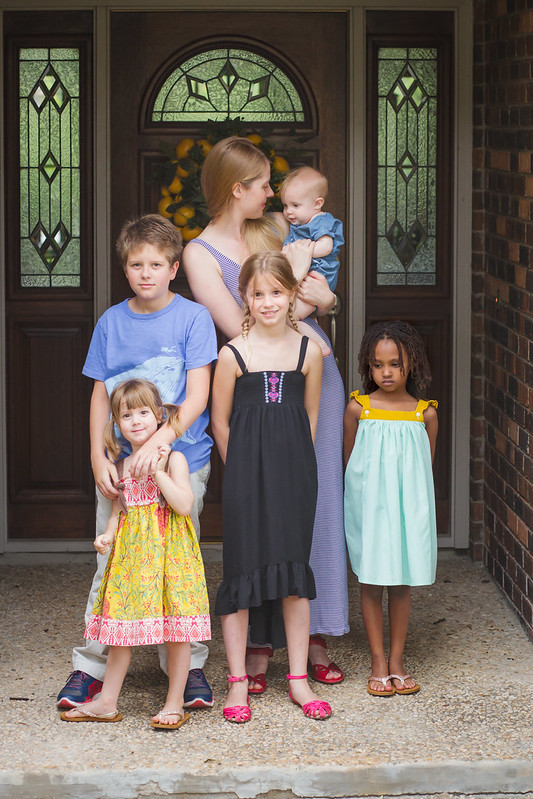 That said,  I'm not sure these staged family photos will ever capture who we really are as a family.  There's just too much pressure and the whole 'everybody say cheese' thing rarely seems to create authentic smiles.  Or maybe we just need to do it more often?  I'm not sure. 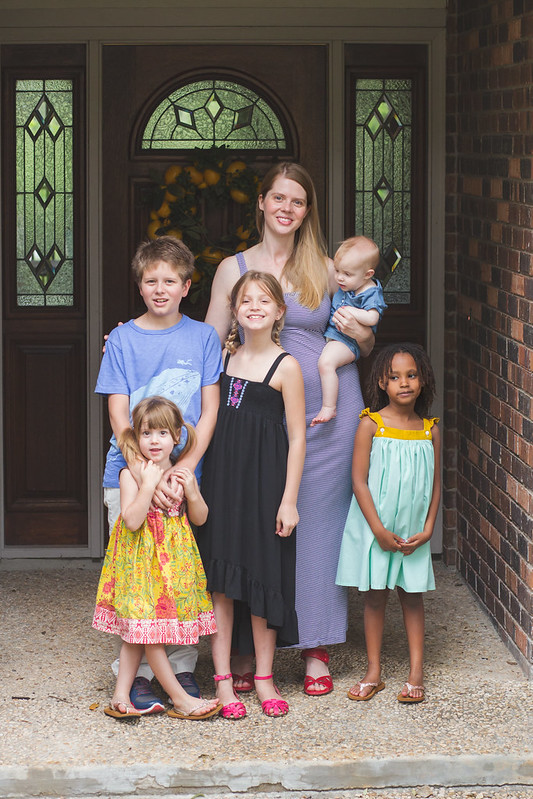 We were about to go inside when Dan decided to take a few photos of Hazel and me together.  I'm calling it her 9 month photo shoot. 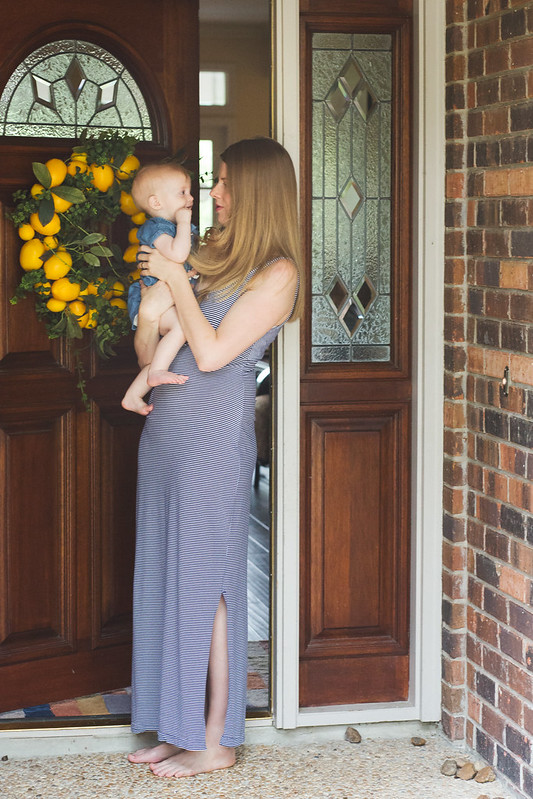 I really treasure these photos with her.  I think he was able to capture the deep connection that we share. 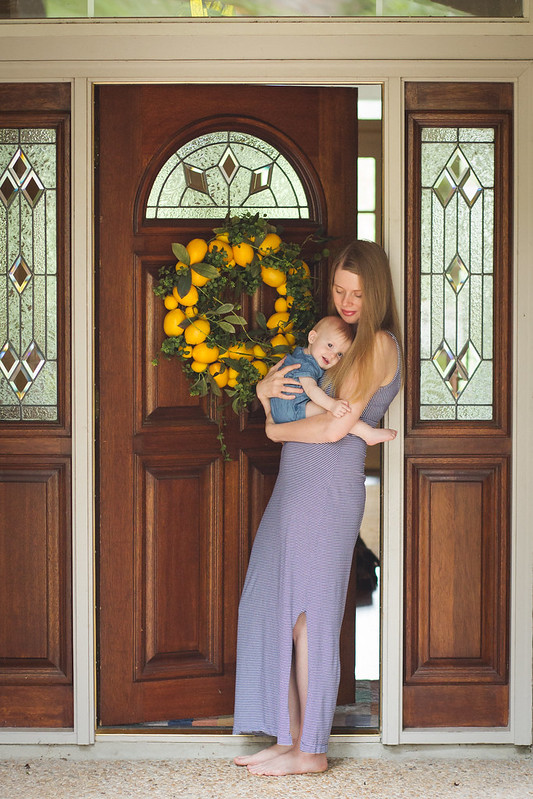 The way we light up when we see one another. 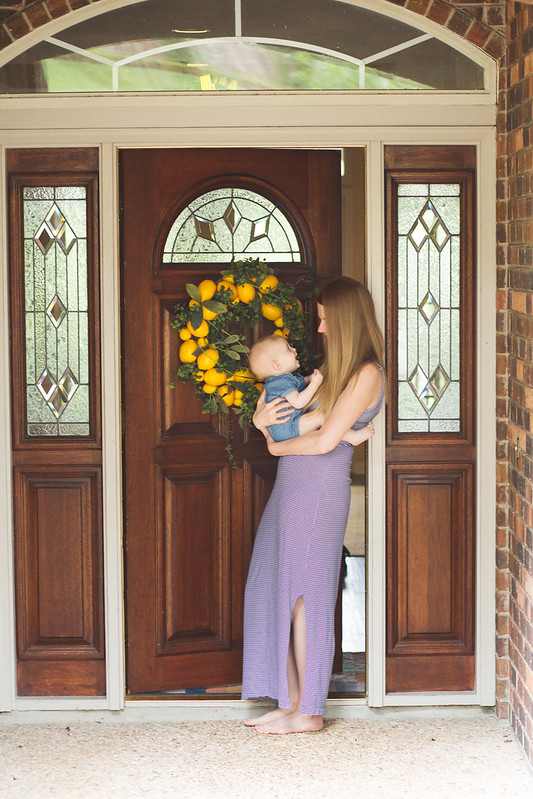 I would love for my children to be able to look back someday and see the way I light up when I see them. 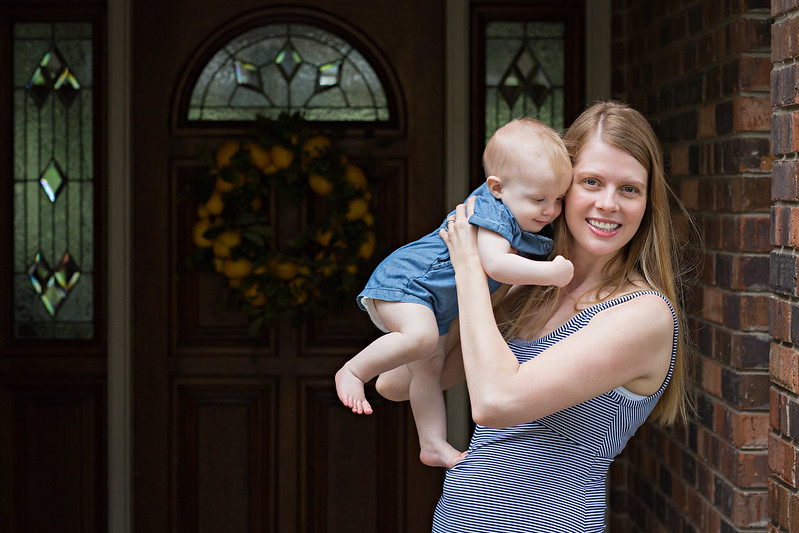 I'm just so happy and blessed and grateful to be their mom.

I also took a couple of photos of Hazel with her awesome daddy.  And she was so happy to be in his arms. 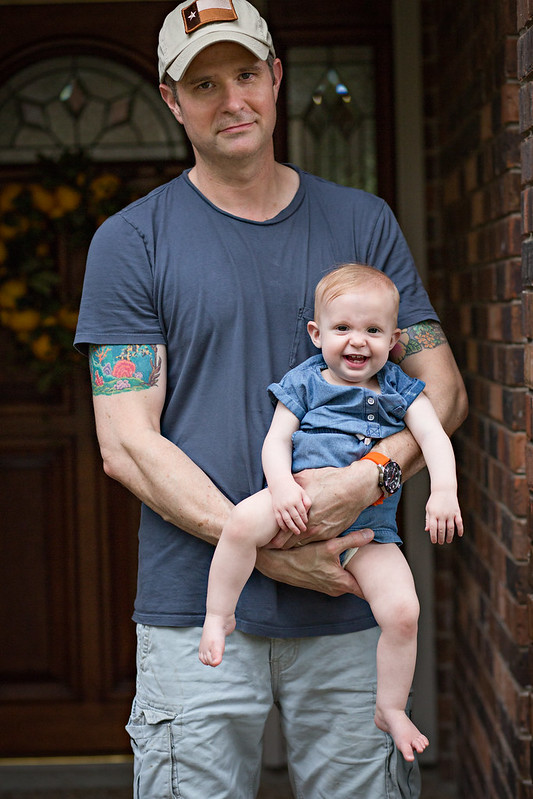 Until she wasn't and she wanted mama again. 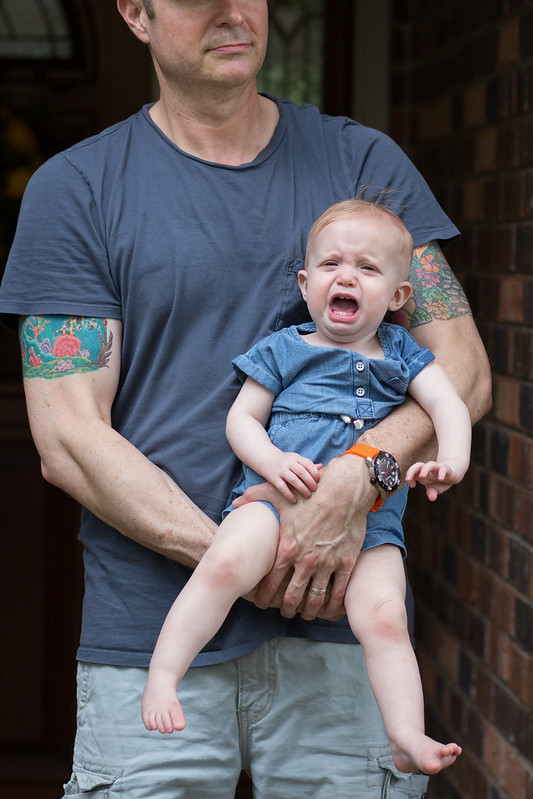 But in the words of Pete the Cat, it's all gooood.  I'll take cuddles from her anytime! 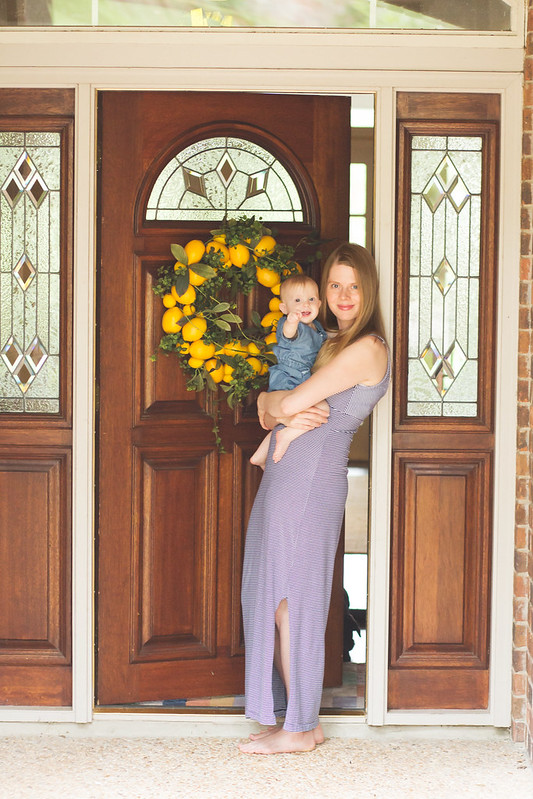