A Family Vacation and a Hoodie for Jude

Last week, we were away on a family vacation and had the best time in San Diego-Coronado. 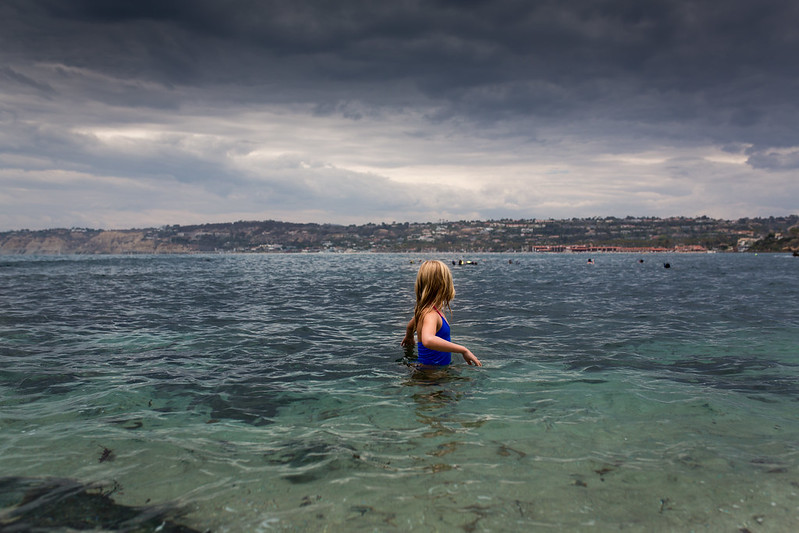 Don't get me wrong, it was totally exhausting.  But it was also so much fun! 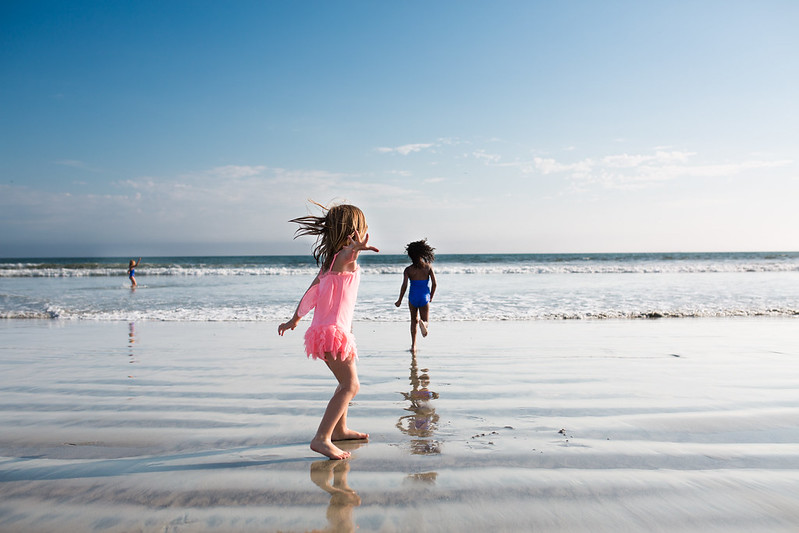 We fell in love with Coronado.  The weather was fantastic (60s and 70s) and the people are some of the nicest I've ever meant.  In one week's time, we had two locals offer to babysit for us and we were also invited to a homeschooling group! 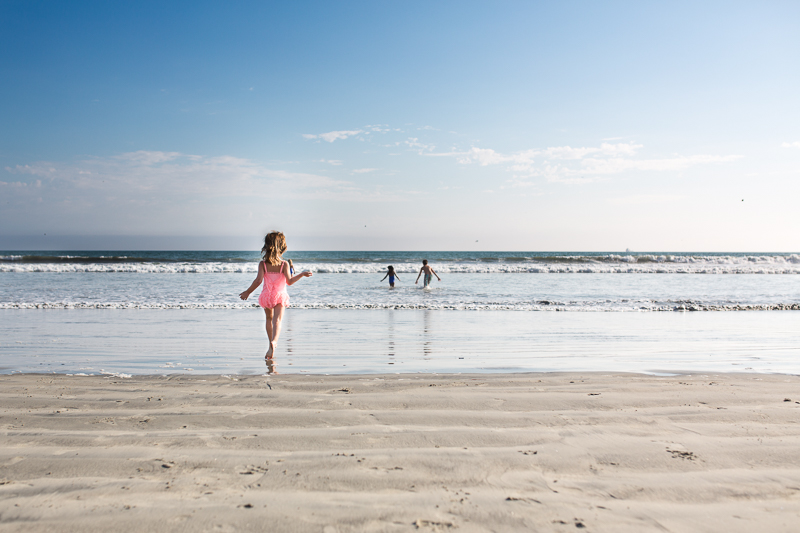 Living in Texas, we would normally not consider 60s and 70s to be swimming weather.  We wanted to pack lightly and the kids and I decided not to pack swimming suits, thinking it would be too cold to swim.  Bad call.  The sun felt so much hotter there somehow.  I even got a sunburn at 8 in the morning!  We spent an entire afternoon trying to find swimming suits! 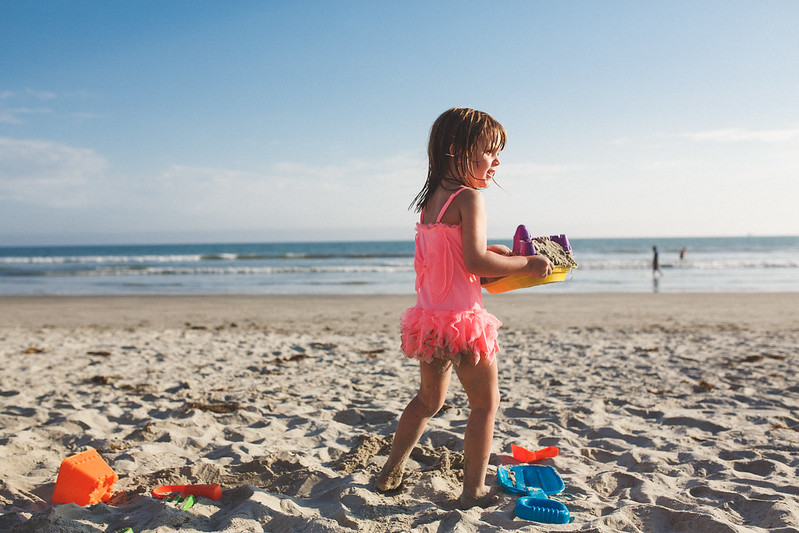 The Coronado beach has been voted as one of the most beautiful beaches in the US.  It really is gorgeous with white sand and gold flecks that make it literally sparkle.  That said the ocean was c o l d.  Here are Tia and Iris clinging on to one another in an attempt to stay warm! :) 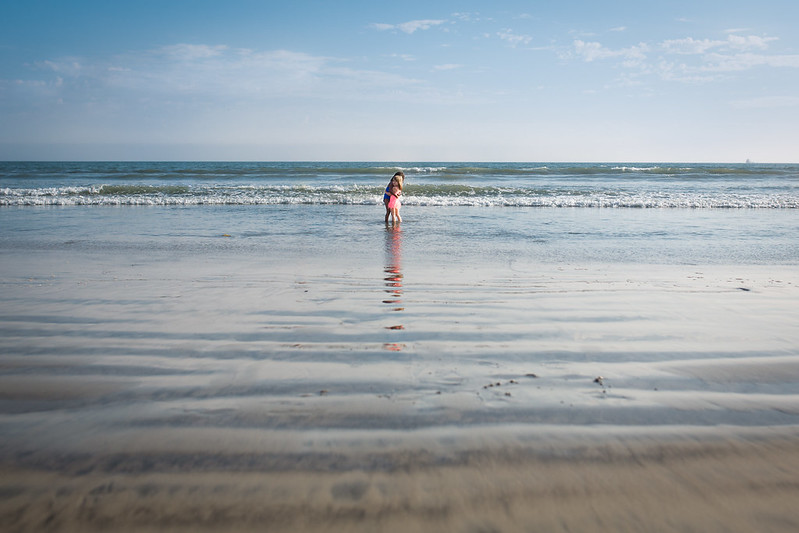 Since we live in a big city with a lot to do, we really prefer to do things in nature rather than going to crowded places.  We did go to the San Diego Zoo one day, but after only a few hours Iris and Tia were complaining about being tired from walking. 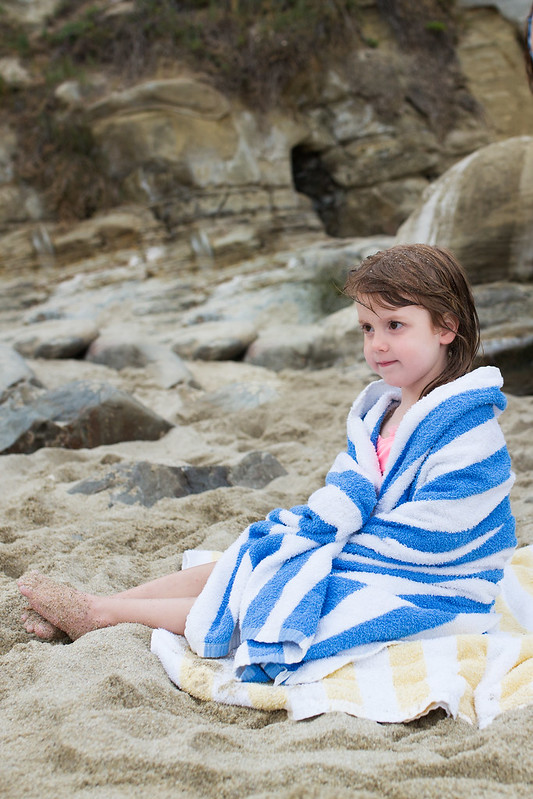 The most incredible thing for all of us was swimming with sea lions at La Jolla Cove. 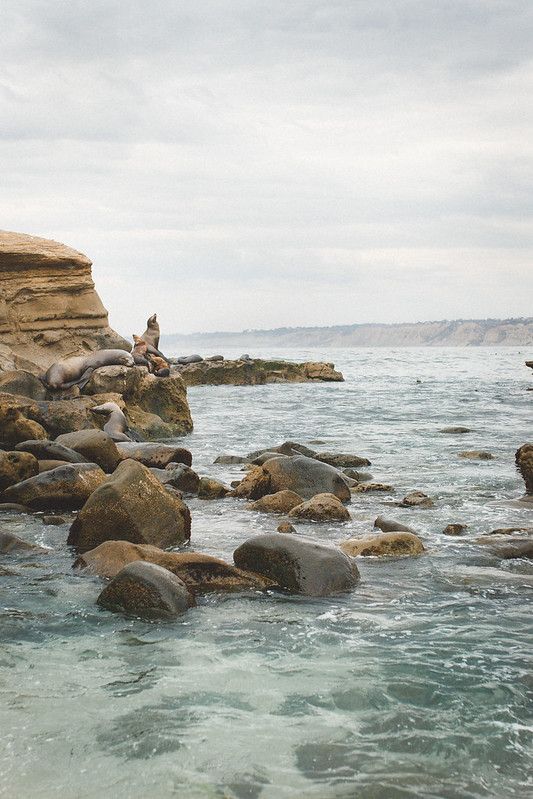 They swam so close to us!   It was amazing! 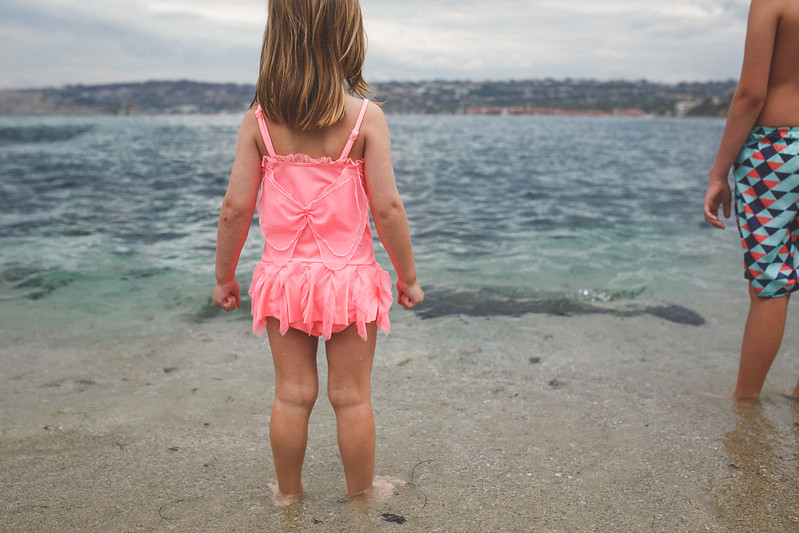 The kids also loved to wait for the tide to come in, bracing themselves for the giant waves! 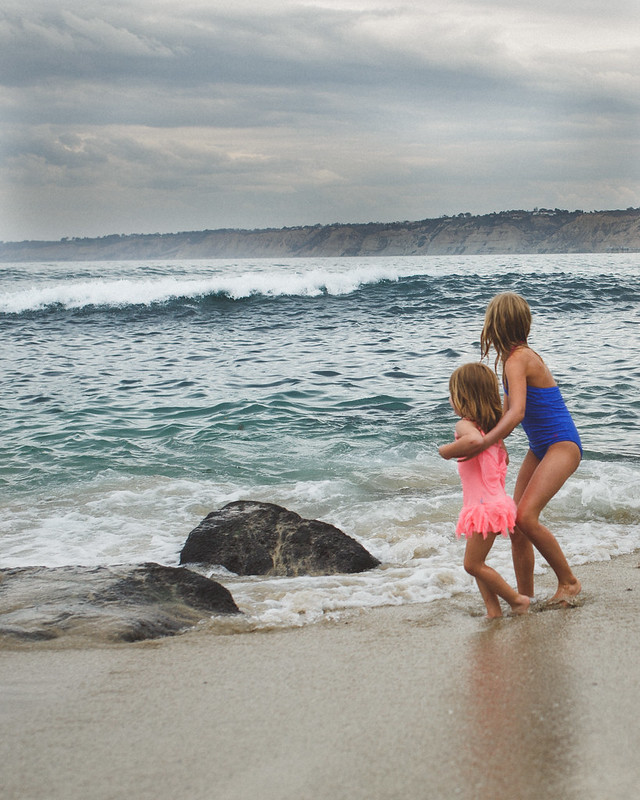 Sometimes the waves were powerful enough to knock Tia or Iris over, so they took a break on the beach while Jude and Indigo mostly stayed in the ocean.  And Hazel had to be held the entire time, otherwise she would eat sand like it was her job, by the handful! 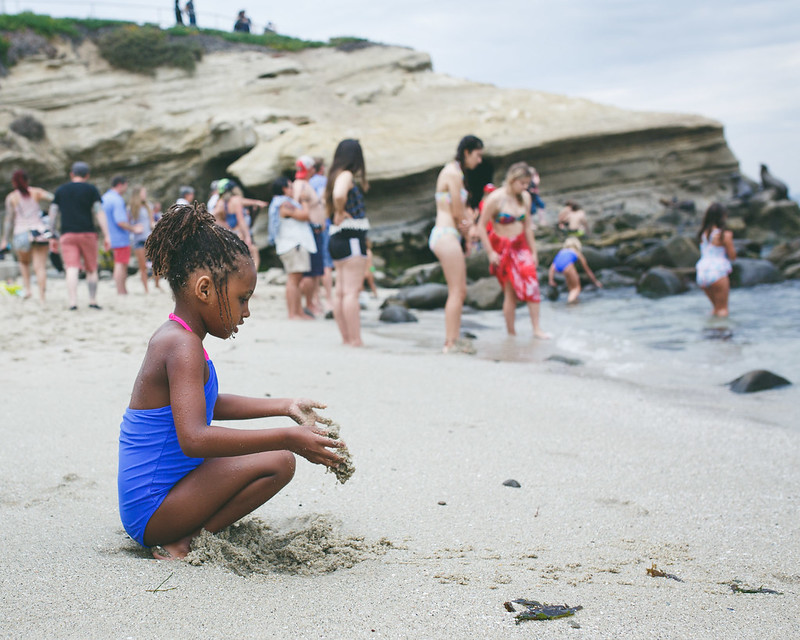 We headed back to La Jolla a different day, this time to try snorkeling with wet suits.  The kids were really hoping to spot some leopard sharks, but after only 15 minutes they were all shivering, even Dan! 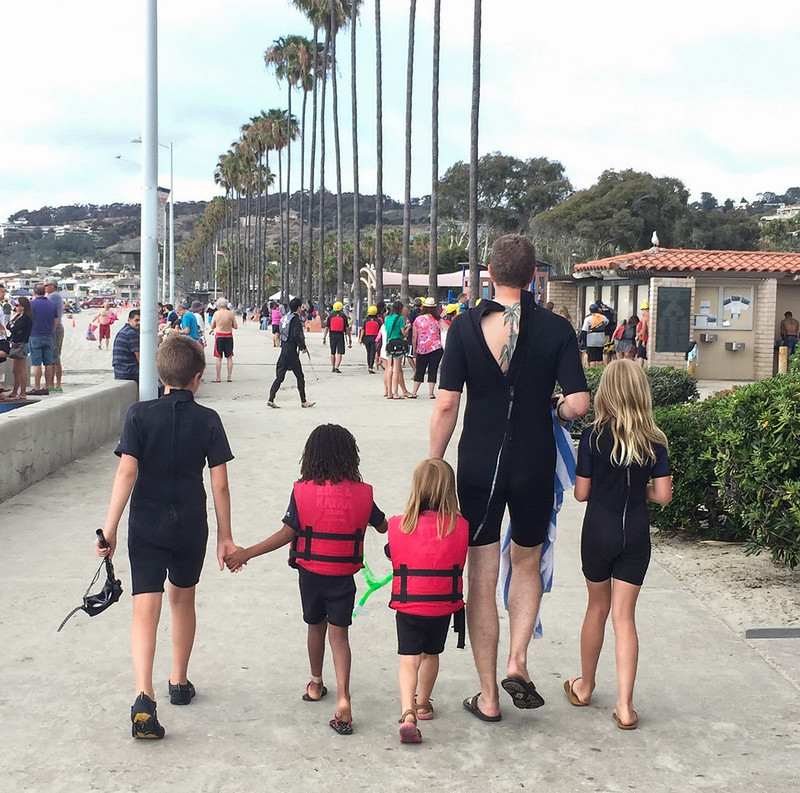 One way that we make vacation less expensive is to rent a home or condo.  Surprisingly, even renting a home is often less expensive than a hotel, especially now that we would otherwise need to rent two hotel rooms. 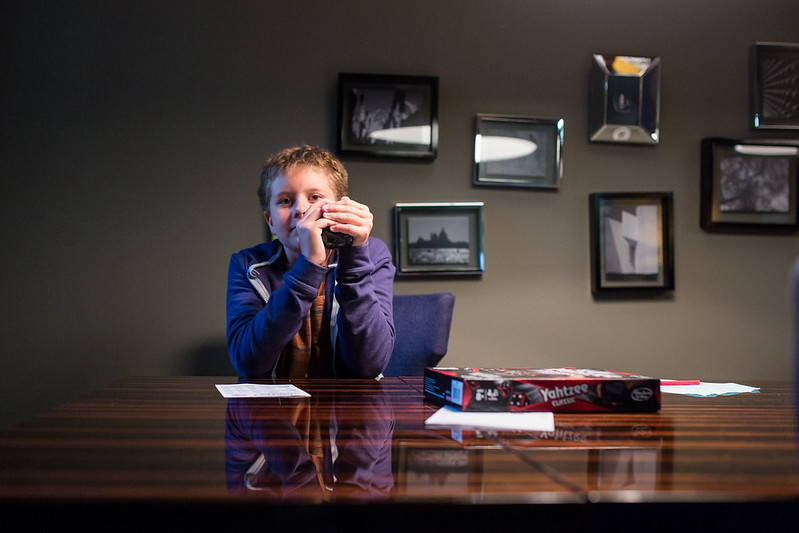 We can also do laundry there, so we can pack lighter.   And perhaps the biggest benefit is having the ability to cook meals and eat at home.  We ate in about two thirds of the time.  We've had great experiences using HomeAway, but I've also heard good things about VRBO. 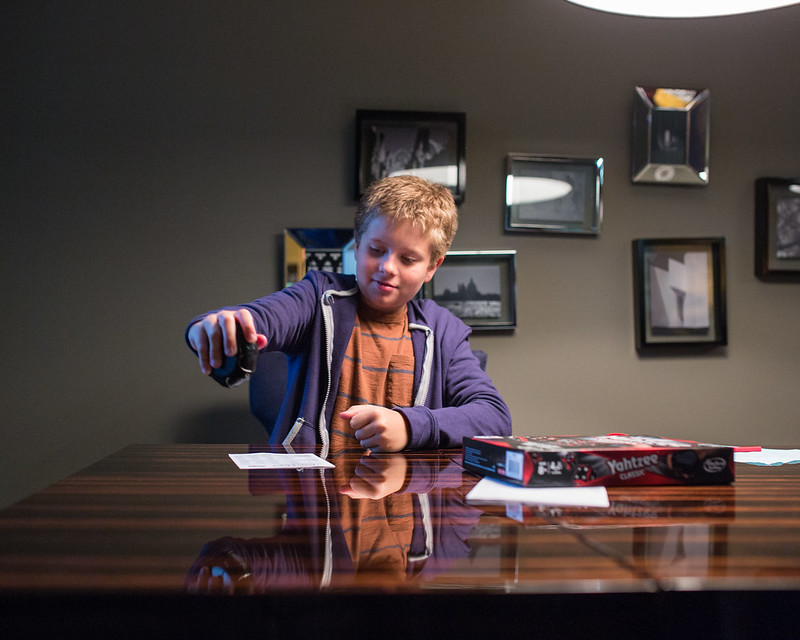 We like to live like locals as much as we can and we prefer to walk places whenever possible.  The condo where we stayed was above a market place, so we could easily walk to get groceries.  Nearby there was a French bistro, a sushi place and a burger joint, to name a few of the options. 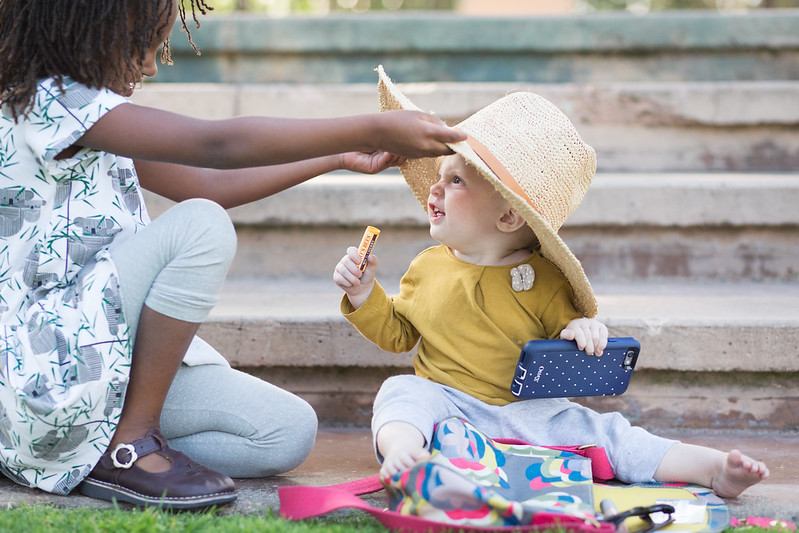 Then there was the most incredible park about a half a mile away. 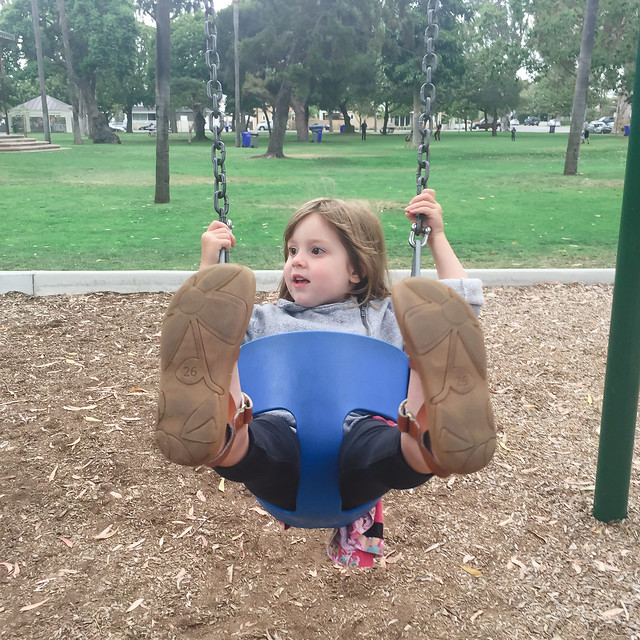 It was the other highlight of the trip for the kids. We went there almost every day. 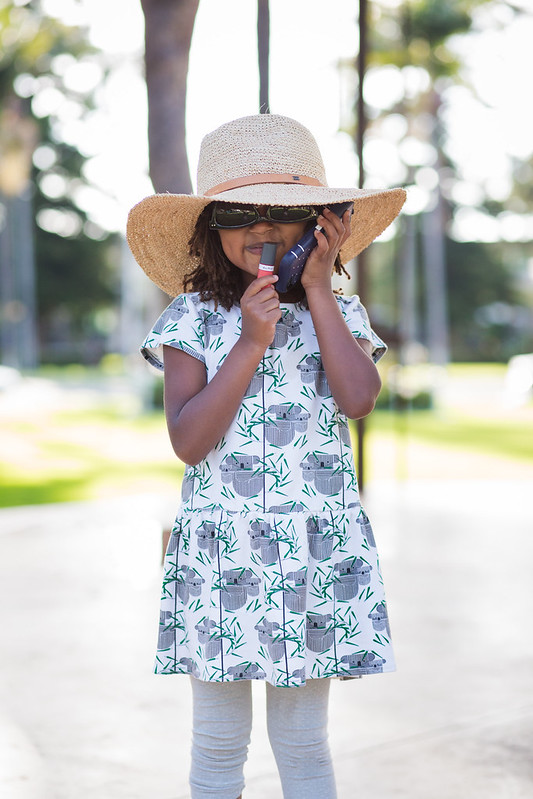 (This is Tia's idea of glamour.  I rarely talk on the phone so I don't know where she gets it but it's funny, right?)

Some of the locals stayed at the park all day, packing snacks, lunches and water for their kids.  There were always children to play with. 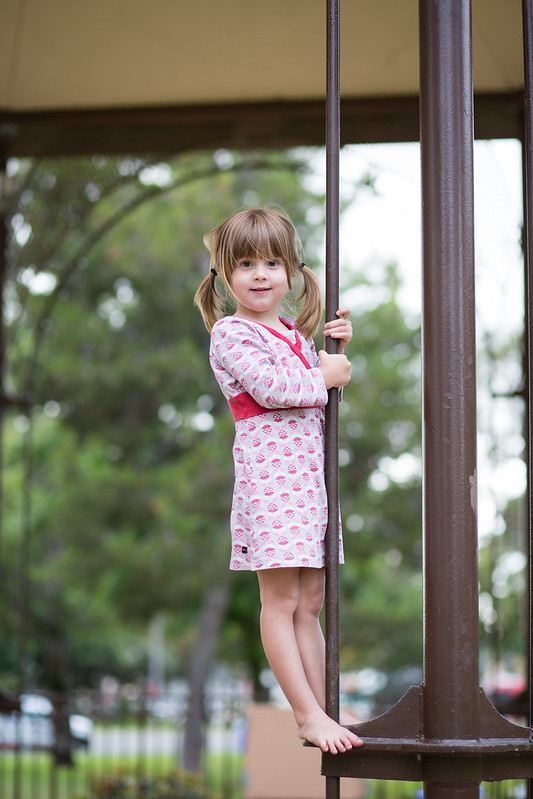 Dan and I laughed about how some people say that homeschool kids are not socialized.  I think by this point research has dispelled that myth once and for all, thank goodness!  But my kids made so many new 'friends' at that park and played there for hours. 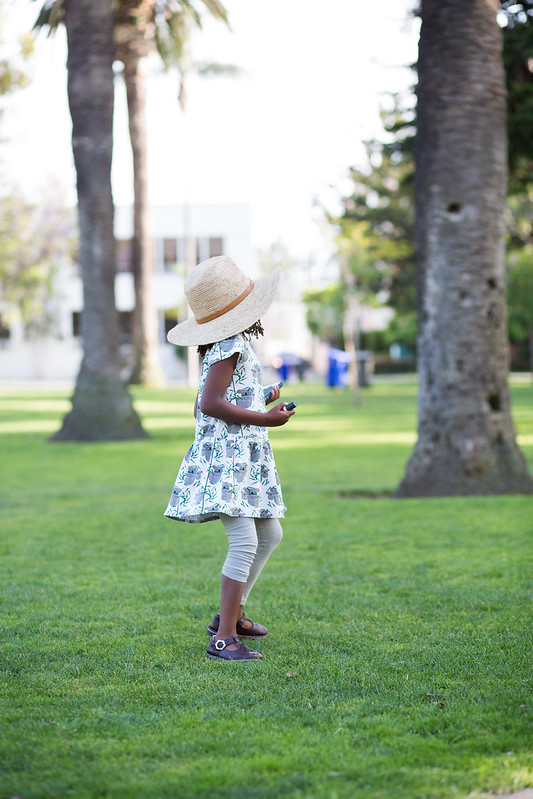 Before we left for vacation, I had this overwhelming desire to make a hoodie for Jude.  Unfortunately, the sewing community is in serious need of a hoodie pattern for older children.  I looked everywhere to find one, without much luck.

Ultimately, two days before we left, I put together a hoodie pattern myself using a couple of different Ottobre patterns and then self- drafting some of it. 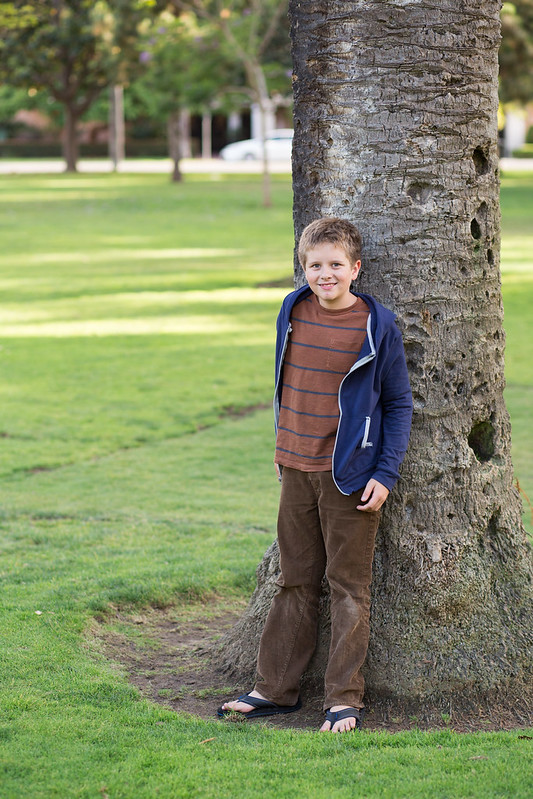 Rachael from Imagine Gnats had sent me some of the most amazing french terry sweatshirt knit.  It was new to her shop a couple of months ago and she just asked if I could wash and dry it and then tell her what I thought.  She is so dedicated to her customers - how cool is that?! 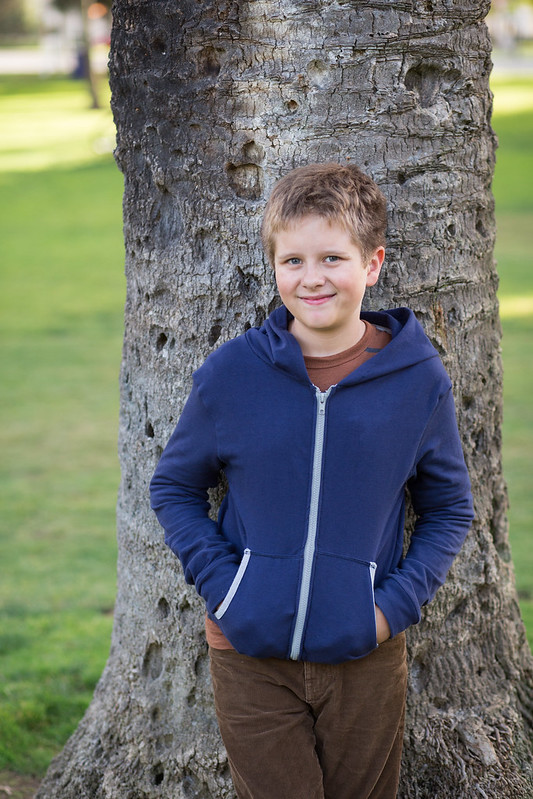 It was so squishy and cozy and perfect, I knew I had to use it.  I stayed up until 2 am sewing it all, except the zipper.  The next morning Dan shortened the zipper for me and I sewed it on.  Afterward when I zipped it up, the zipper pull came all the way off! 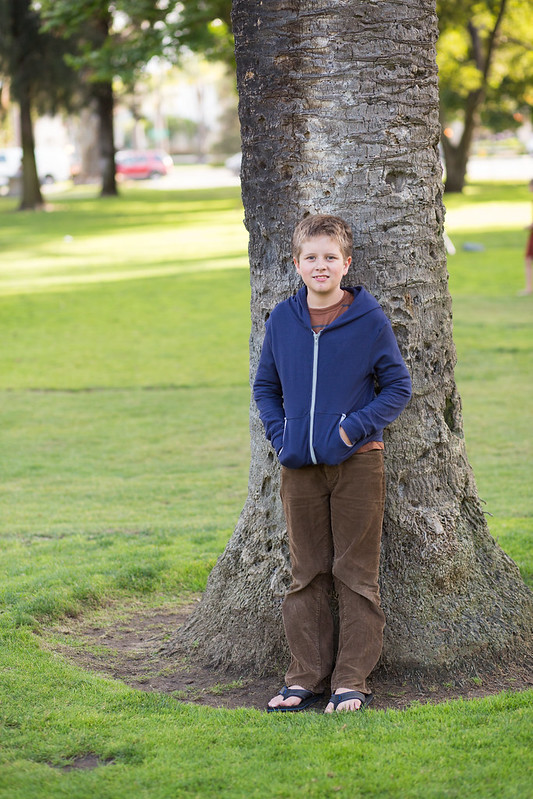 I thought it was unrepairable, that I'd have to rip the zipper out and install a new one.  I didn't have time for that.  Jude and I were both holding back tears.  He loved the fabric so much and was so excited to have his own mama made hoodie. 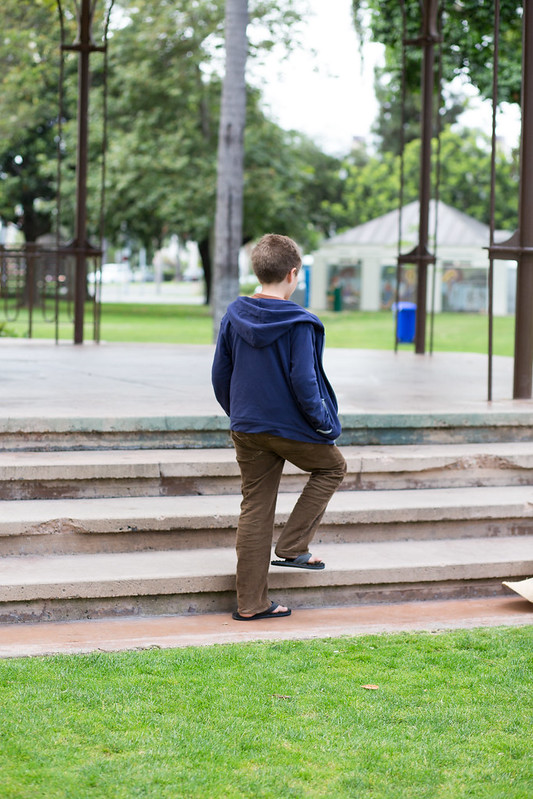 But then Dan swooped in and saved the day.  He grew up in Liberia without much money.  He said he was used to having to fix zippers like this! Then he configured a metal stopper so that the zipper wouldn't pull off again.

He is such an amazing person.  He is my very best friend and I am so thankful that he is so supportive of my desire to create. 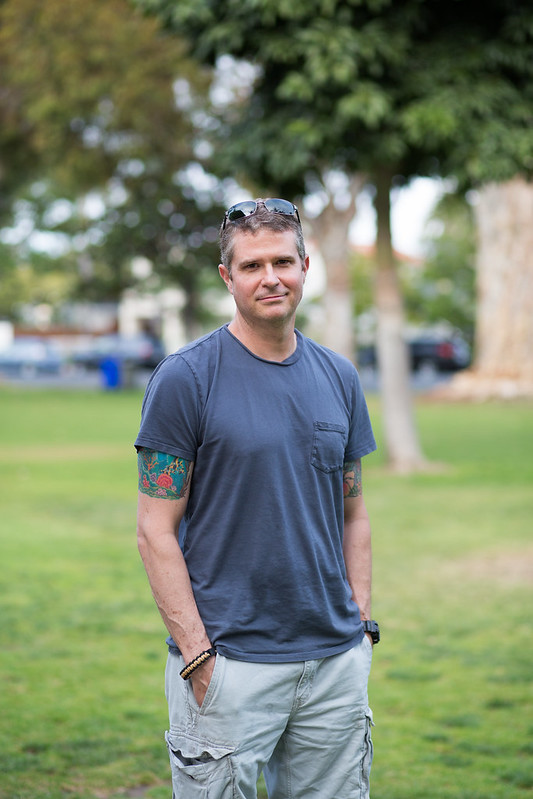 Poor Dan - his manliness is never really adequately represented here because, well, this is a sewing blog after all.  Why would I talk about that?  He does this stuff not because it's his passion but because he loves me and wants to support me in mine. 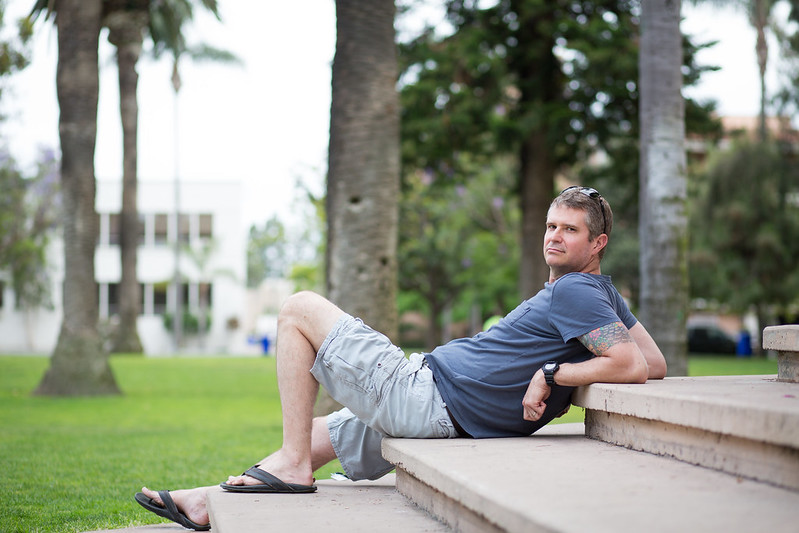 Speaking of manly-ish stuff (obviously a stereotype), Dan, Jude and Indigo had the chance to tour the 3rd Marine Air Wing in Miramar.  The company he works for serves the military community and they encourage their leaders to spend time with the military so off to Miramar they went for one afternoon.

It was a great vacation.  But it also feels good to be home. As the saying goes, there's no place like home! 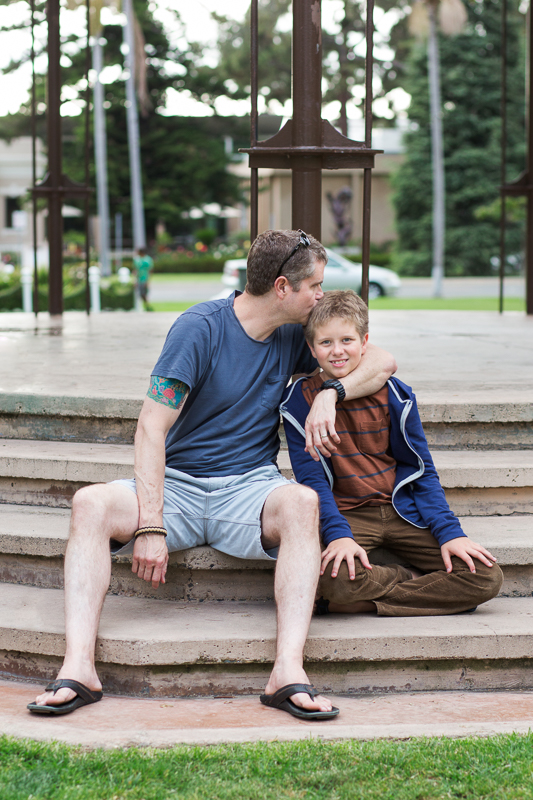