How about Another Skater Dress?

The Skater Dress was the pattern that initiated me into the world of sewing with knits.  Well, technically, that's not true.  I did sew the Sunki legging pattern about a million times first.  But that pattern doesn't have any ribbing and ribbing/neckbands were what intimidated me most about sewing with knits. 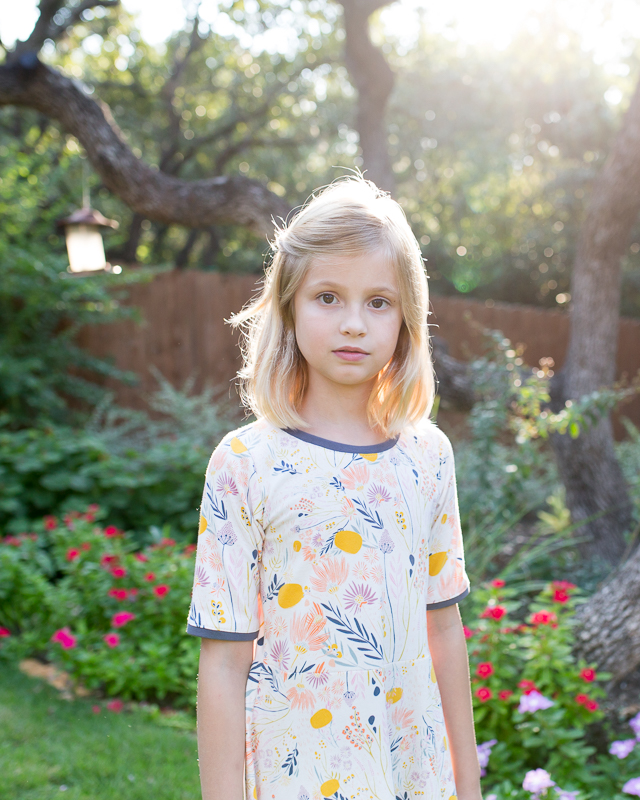 The Skater Dress was a perfect intro pattern into sewing knits.  I realized sewing with knits wasn't so difficult after all.  In fact, often times, it's actually easier than sewing with wovens.  You don't need to finish the seam allowances.  Also, generally speaking, knit garment construction tends to be simpler than woven garment construction since the stretch often eliminates the need for closures like buttons or zippers. 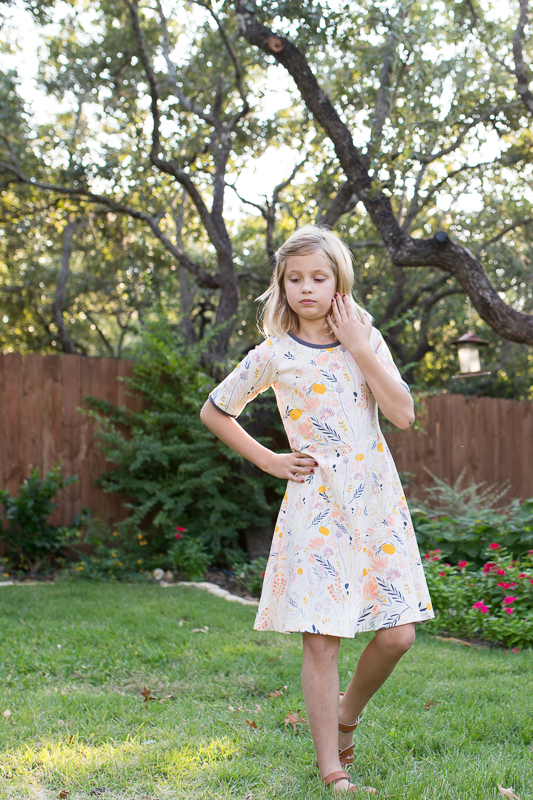 After I made my first Skater Dress, I went on to sew four more.  The comfort of knits has made these dresses some of the most beloved in my girls' closets.  They were probably worn on a weekly basis. 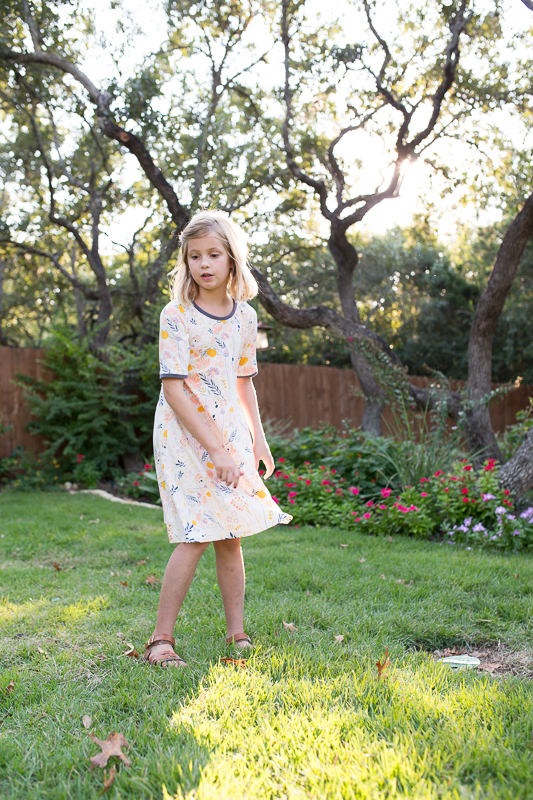 Indigo finally outgrew her previous Skater dresses, so it was time for a new one. 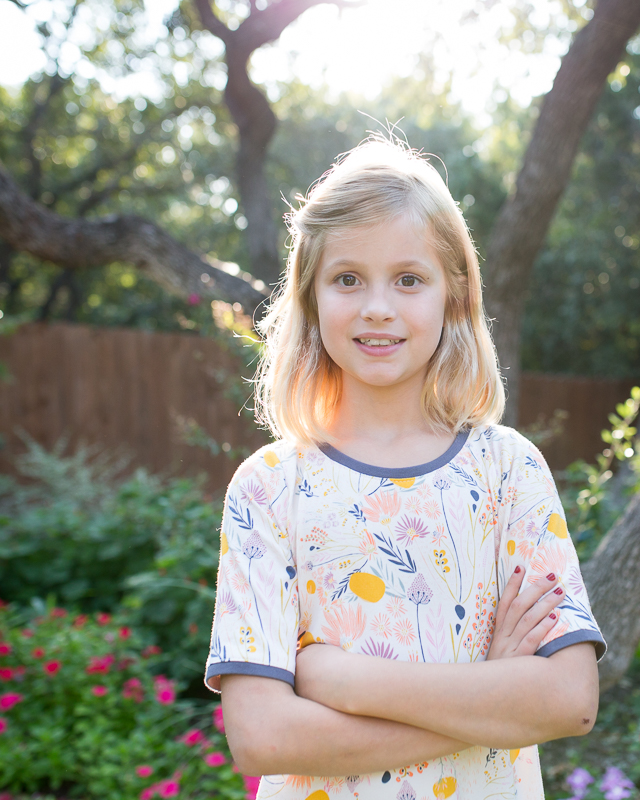 I prefer the look of this pattern best when the bodice is a bit more fitted.  I sewed the size 7/8, but I increased my seam allowance to 5/8" on the side seams.  I also took off about 5/8" from the bodice length, to shorten it just a bit.  And I added a lot of length to the skirt. 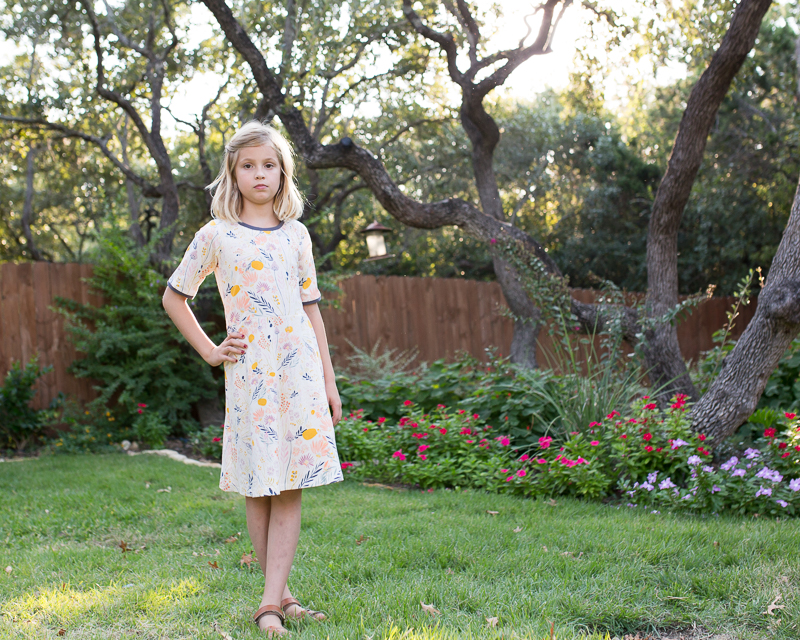 I don't like to pre-cut a neckband based on a pattern piece... ever.  I often find the piece is too short, resulting in a neckband that has been stretched so tightly that it gathers the bodice fabric.  Instead, I simply cut the width of the strip with some additional length and gently stretch as I go.  At the end, I cut off the excess. 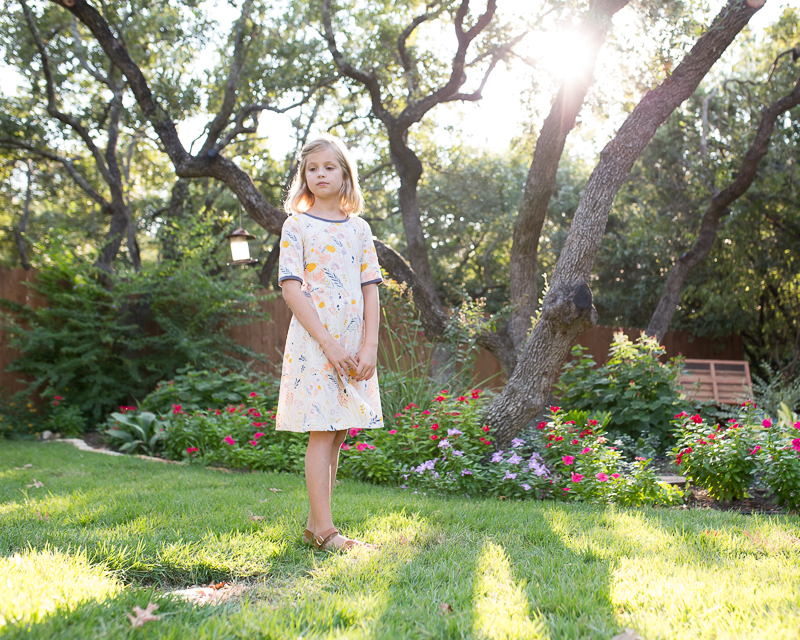 I have really struggled to find good quality ribbing.  Often times, colors are limited.  But then I was poking around Etsy and discovered that Ottobre sells ribbing.  It is sold in 1 yard increments, however, you can choose up to 5 colors per yard.  So, that's what I did.  I don't really need much ribbing anyway, so the 1/5th of a yard increment was perfect.  This is goooood stuff and I know it will last a long time.  (Inder also recently blogged here about some ribbing she liked, if you're on the lookout for ribbing and want more options.) 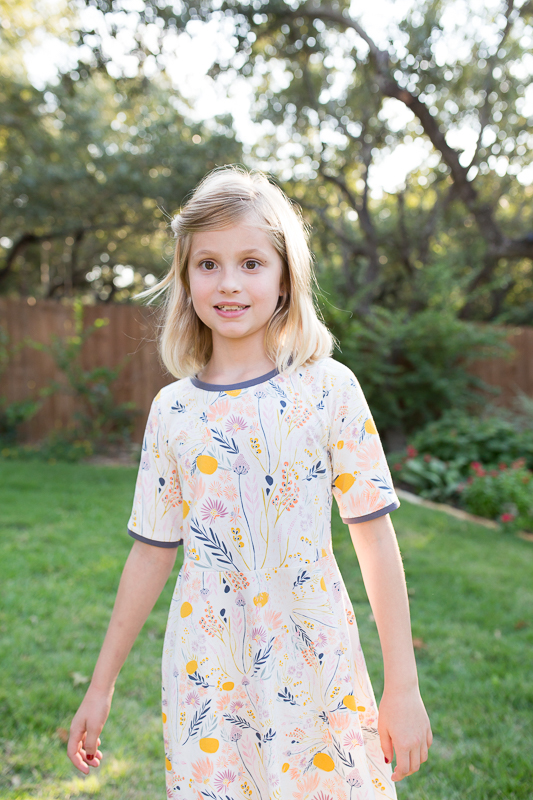 I've found it can be hard to tell how much I like a particular knit until after it's been washed and dried a few times.  Cheap knits pill.  I've had some knits fade, even dramatically.  I loved the quality of the Birch interlock knits I used for these dresses, but even though I washed and dried the fabric before I sewed them, they shrunk considerably in the second and third washes.  As in - shrunk by several inches and are now shirts. (womp womp) So now I wash and dry my knits a few times before I cut them, just to be on the safe side. 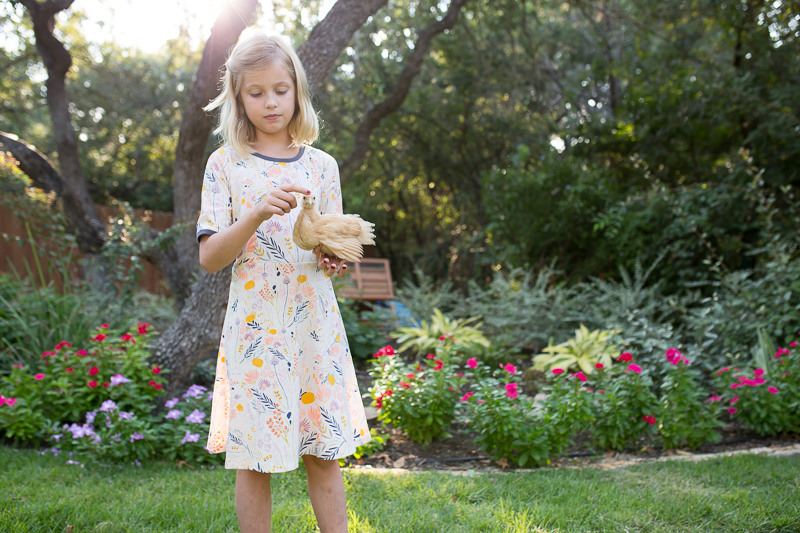 When I was taking photos of Indigo, she said, "Let's take some photo with Lulu [the chicken] again!  Lulu should have the starring role!" 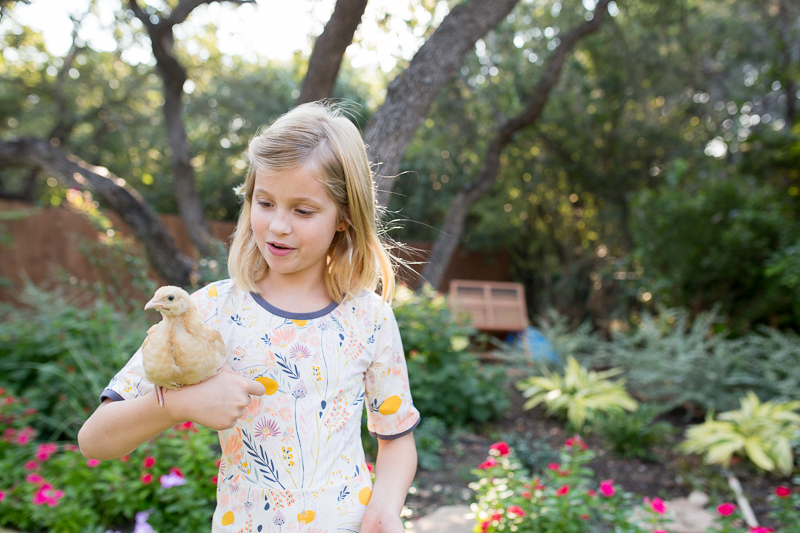 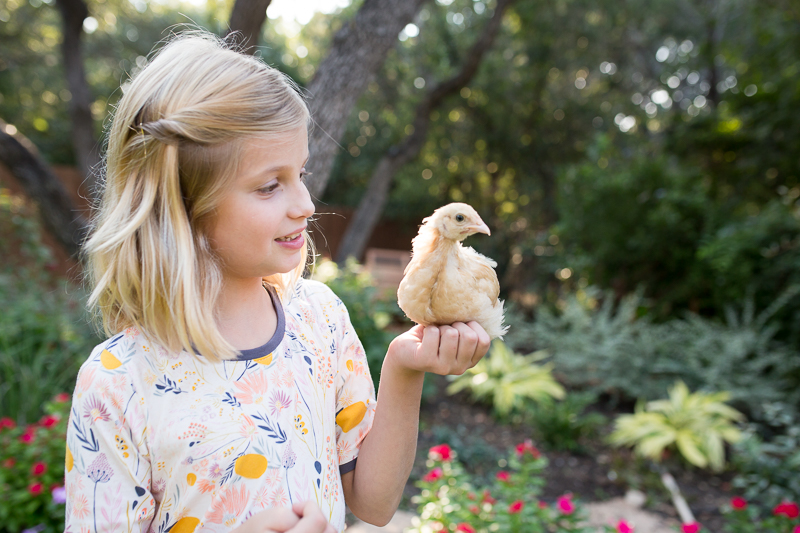 Since this is my sixth Skater dress, I'm calling this dress a wardrobe staple.  One that's both mom and Indigo (and Lulu) approved.  :) 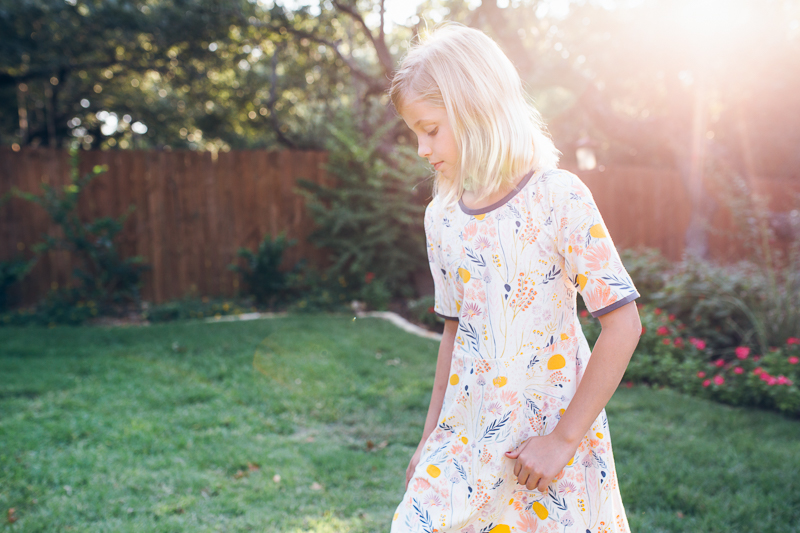