After I made Tia's Ash Pants and Flashback Skinny tee, I decided to make a mini version of the outfit for Hazel, but with bloomers instead. 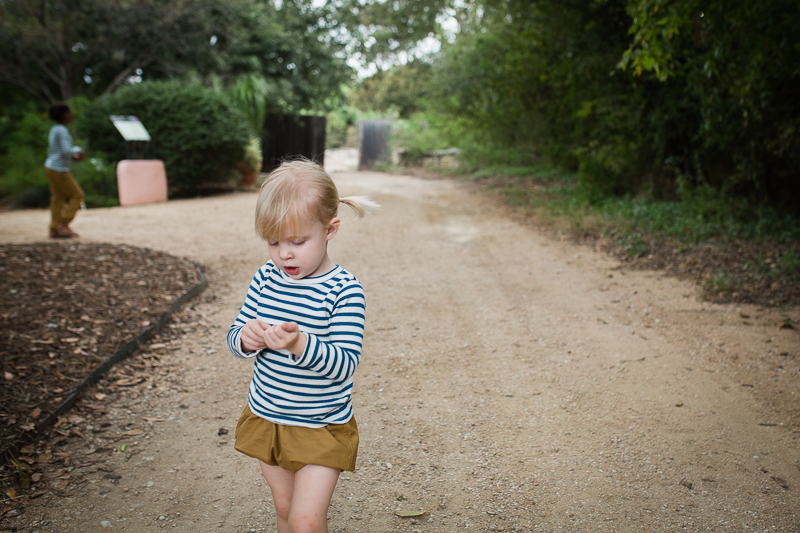 I had actually never tried the Flashback Skinny tee pattern! :O  I know! I was an Ottobre subscriber. It isn't a cheap subscription, so I wanted to use what I already had on hand.  But I wasn't quite satisfied with the finishing on their instructions.  In the end, I always felt my tshirts looked handmade... and not in a good way. 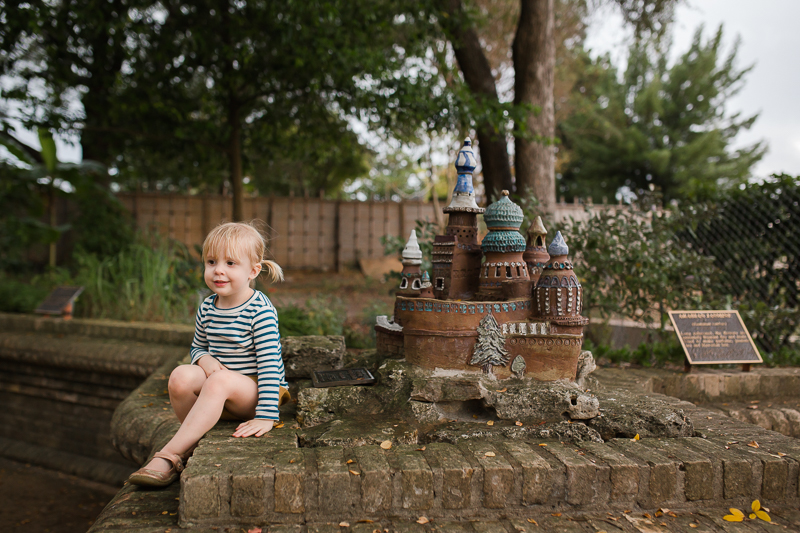 I was also looking for a fitted tshirt and I knew the FBST was a tried and true pattern.  Let me tell you, it does not disappoint!  This is a must have pattern!  After I made Tia's, I went on to make three more in one weekend. 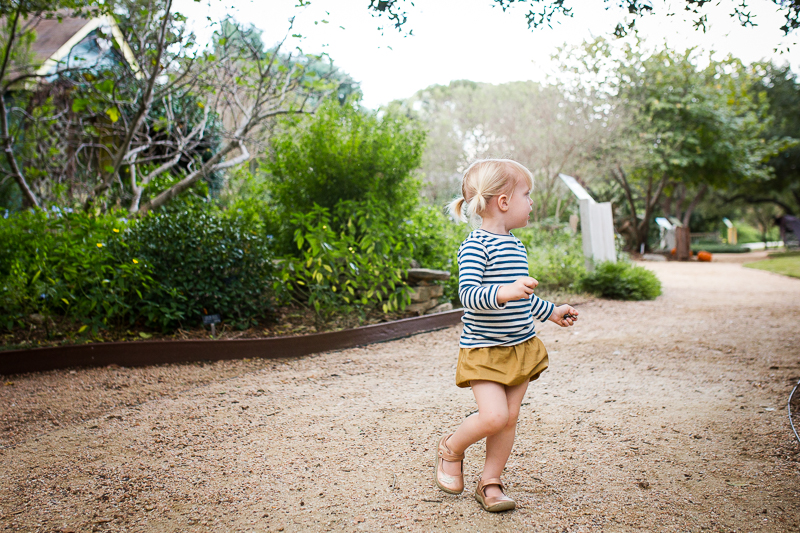 One thing I love about this pattern is that the hem is the only visible line of stitching. I can join the rest of the seams with my serger!  This results in a much more professional finish, especially being I don't own a coverstitch machine. 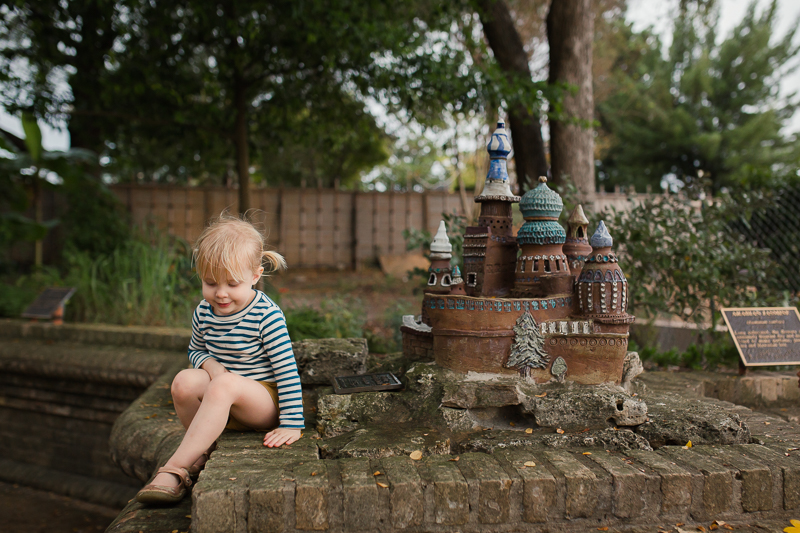 I have (finally) converted to using my serger for sewing knits.  I baste the seam in place first and then run it through my serger.  It's been great and so easy!  I could not, for the life of me figure out how to sew knits on my sewing machine without my hems and stitching eventually popping.  Always. 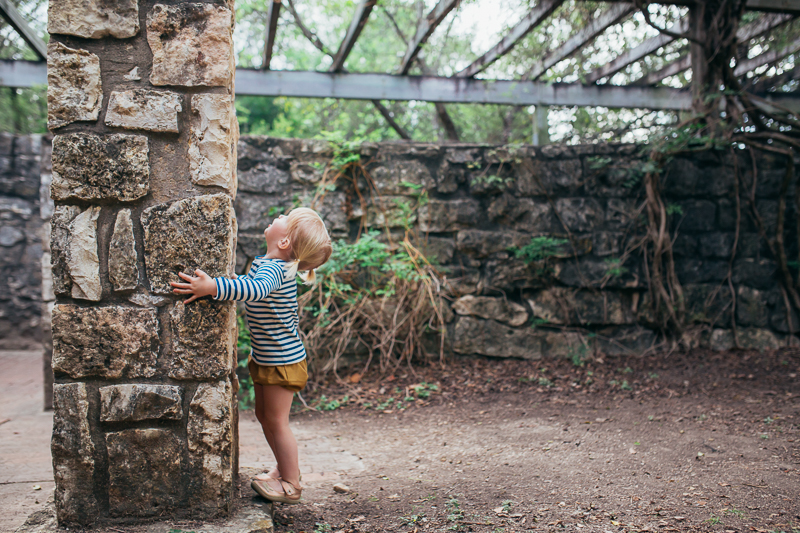 What took me so long to convert to the serger then?  Well, I overcomplicated the process by trying to follow the manual instructions for sewing knits on my serger and it never worked for me.  Now I just use it in the exact same way as I do to finish the seams of wovens and voila - no problems at all! Go figure! 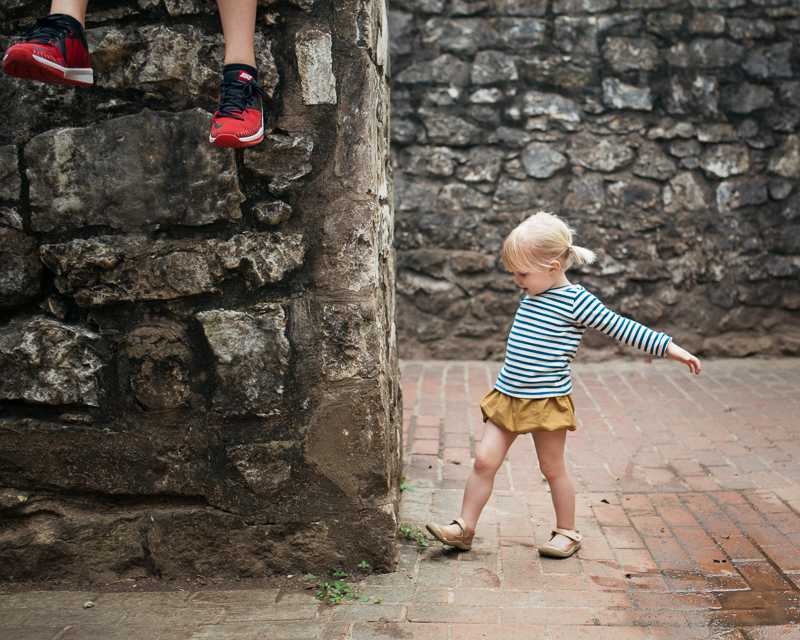 I have to tell you my Brother serger has been one of my all-time best purchases ever.  Dan bought it for me for Mother's Day in 2008 and it has yet to let me down.  I took it in for a maintenance check last year (I'm pretty sure you're supposed to do that yearly) and it was in mint condition!  It is a workhorse and a steal, priced under $200, which is so much cheaper than the high-end machines.  I love it so much and have been thrilled with it. 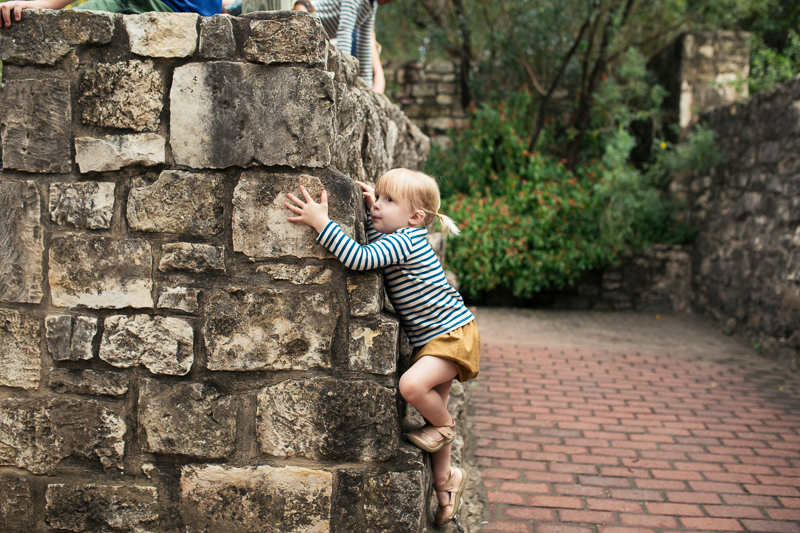 I found this knit at Craft South.  It is the best knit I have ever worked with!  It's yarn-dyed, amazingly squishy and has great recovery!  I bought almost as much as they had!  For me, knits have been a real mixed bag, unfortunately.  Some have faded or shrunk a lot, even the more expensive indie brands.  I am spoiled by indie wovens being so darn predictable that the unpredictability with knits has made me reluctant to sew with them!  But this fabric is truly exceptional!  (I don't know the brand - so sorry!  It was apparently a Japanese knit!) 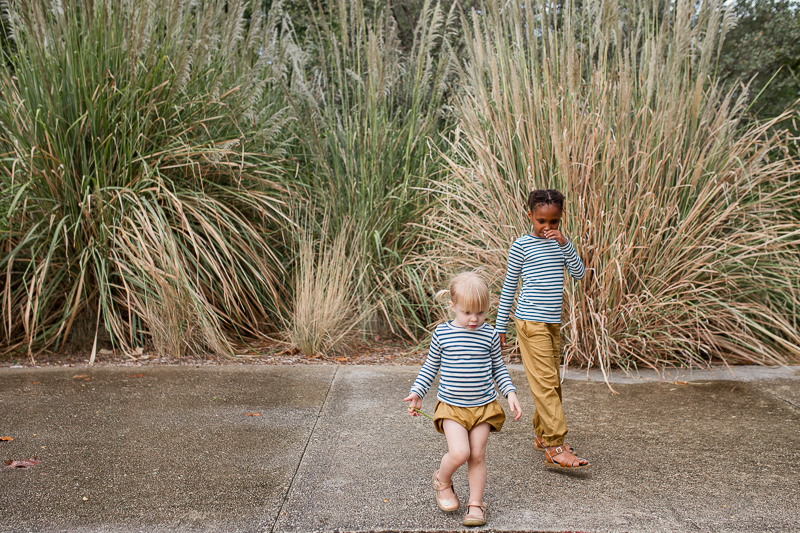 The bloomers are a Brindille and Twig pattern.  I've made them before, several times, and love them.  Hazel picks bloomers by choice all the time.  I wouldn't recommend using a quilting cotton like I did here.  A double gauze or chambray drapes in a nicer way.  But Hazel and Tia love twinning and I love the color, so I was willing to sacrifice drape. 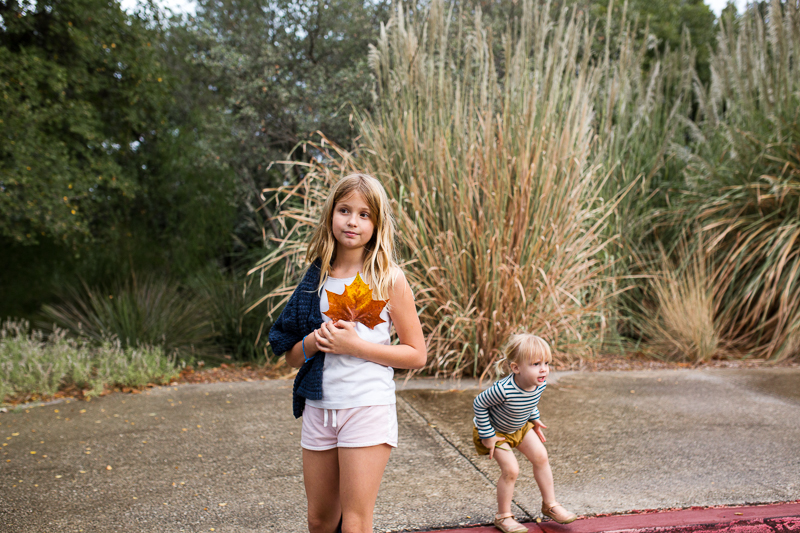 Hazel is at the sweetest stage.  She melts our hearts every single day!  She's starting to move past the into-everything-tornado-toddler stage, which is making life easier.  She loves reading books, coloring and singing.  She's talking, conversationally even, and has developed quite an extensive vocabulary, which is so cute coming from such a tiny little thing.  She often gets absorbed in what she's doing, so when I tell her it's time for a transition (bath, nap, etc) she often informs me very calmly (sometimes not), "I not weady yet, Mama!"  I'm learning she needs a little preparation time for those transition moments and then she's (usually) happy. 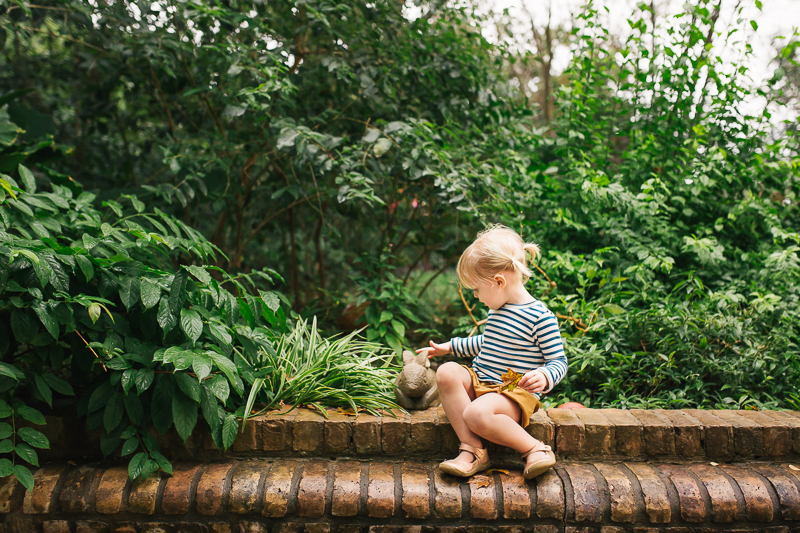 She loves hugs and cuddles and I still rock her to sleep for naps and bedtime.  It feels like a decadent luxury, a peaceful oasis in our day. We both enjoy it so much!  We call her our Little Hay, but she still calls herself Hay-Hay!