A New Pinafore and the Joy of Finding Eggs

I'll never forgot how excited my kids were on the day they discovered one of our chickens had finally laid an egg.  After months of waiting, it actually happened! 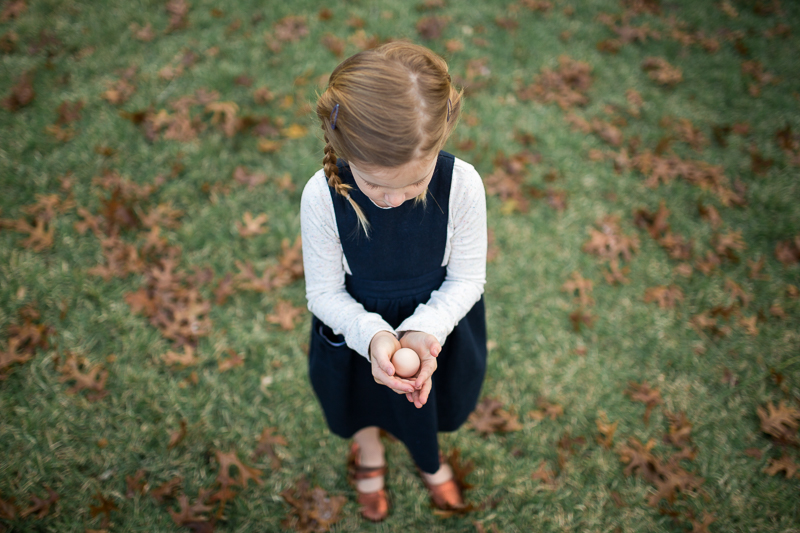 A friend told me later that each of our chicken's eggs would continue to bring joy. I wasn't so sure.  I assumed the kids would get used to it after a few weeks, that it would lose its luster. 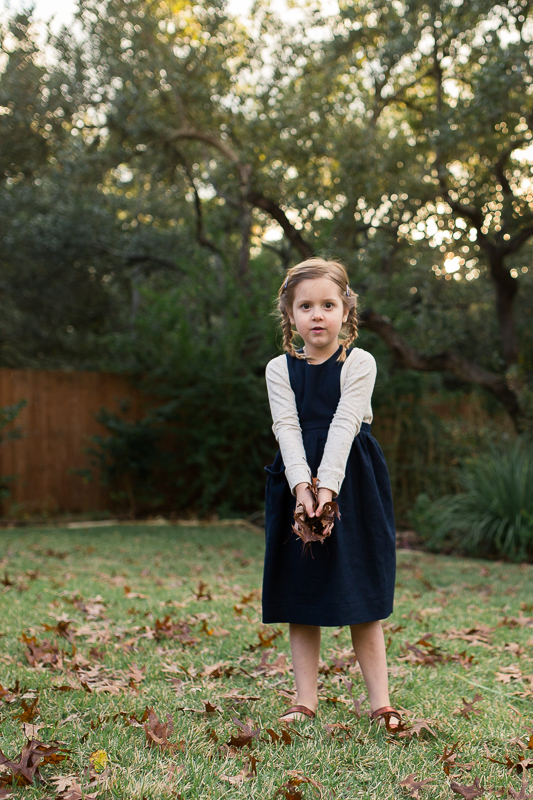 I'm both surprised and happy to report that I was wrong.  So far, six months later, all five of our kids still love finding eggs!  Just this morning Indigo walked in with a smile on her face, cupping an egg in her hands and said, "Mom, it's still warm!  It's the best feeling, especially on a cold day!" 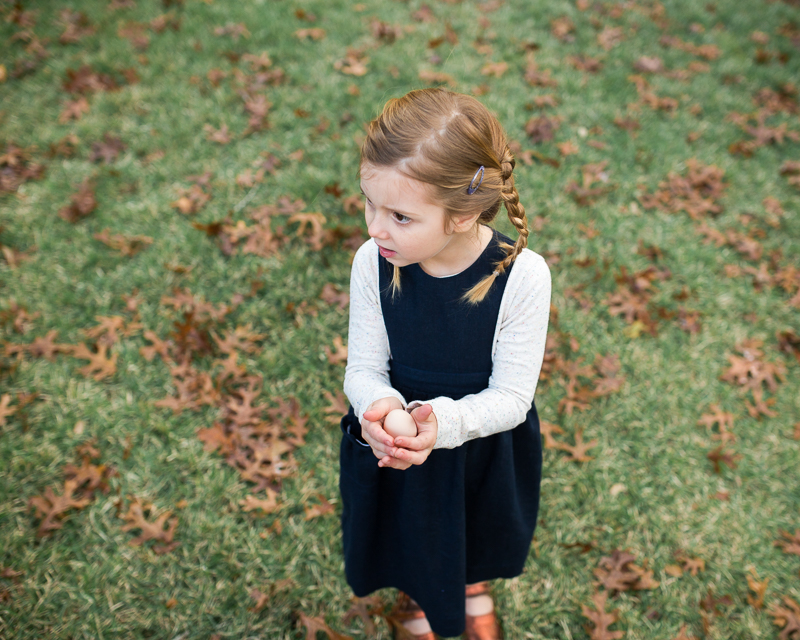 Our three youngest girls are particularly thrilled about finding eggs.  They go out several times a day to peek inside the coop to check for new ones.  And when they find one - every time - they exclaim, "An egg! An egg!" 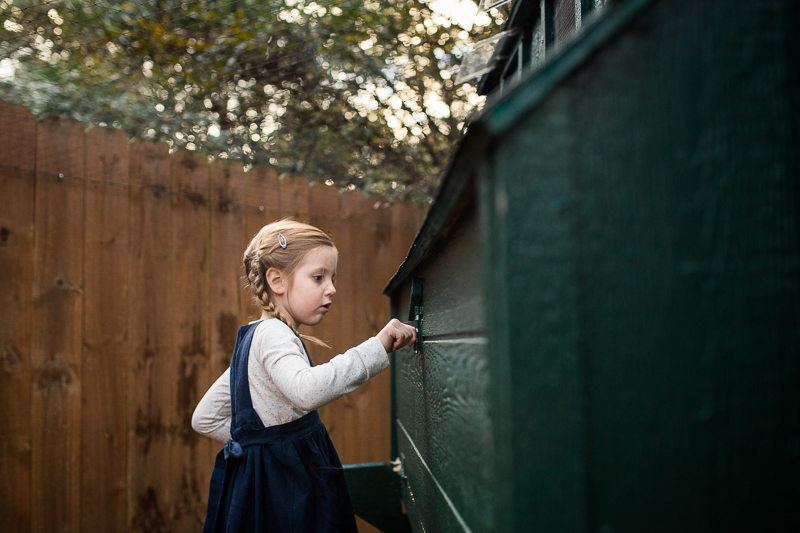 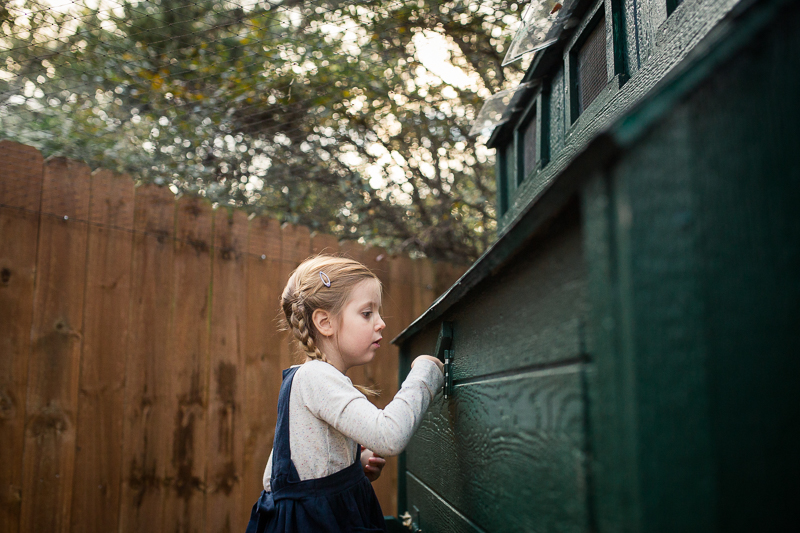 This enthusiasm combined with eager little hands has resulted in our fair share of broken eggs! 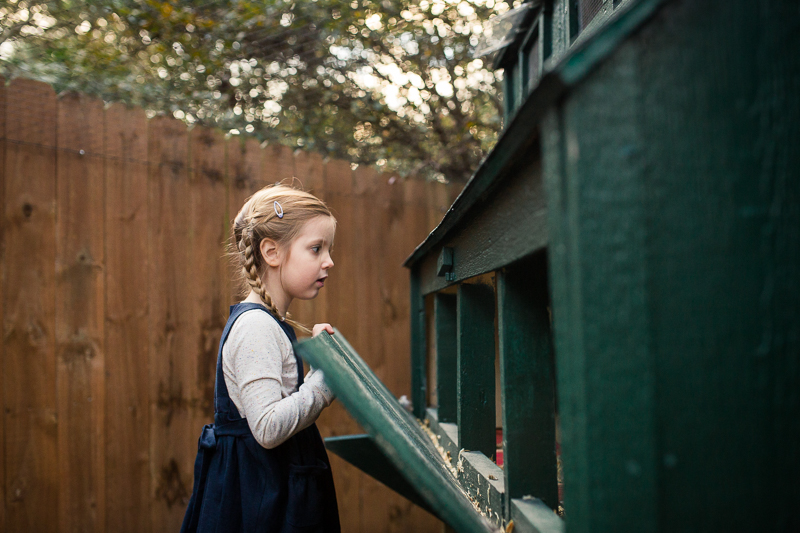 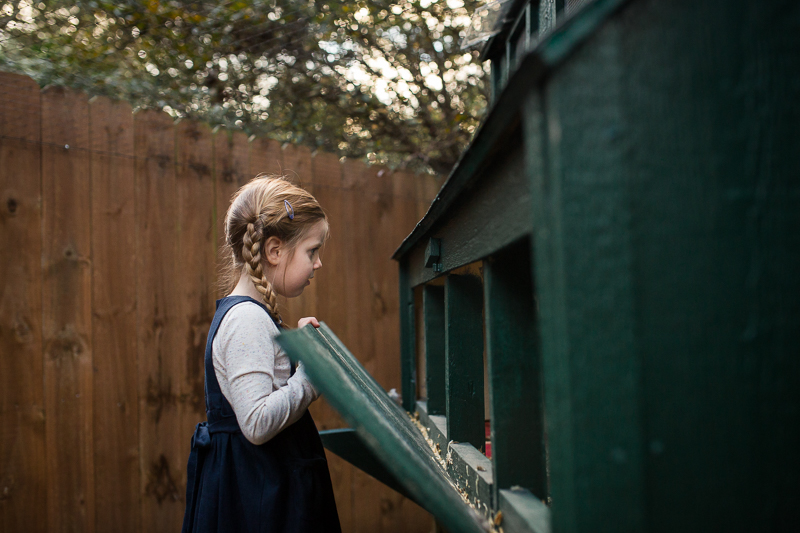 no eggs this time!

While I was taking these photos,  Iris discovered an egg in one of our flower pots.  We have six chickens, but only average about 2 eggs a day.  We're pretty sure based on the color of the eggs we are getting (and more importantly, not getting) that two of our chickens are laying outside of our coop. However outside of finding an occasional egg here or there, we have yet to discover where those places might be. 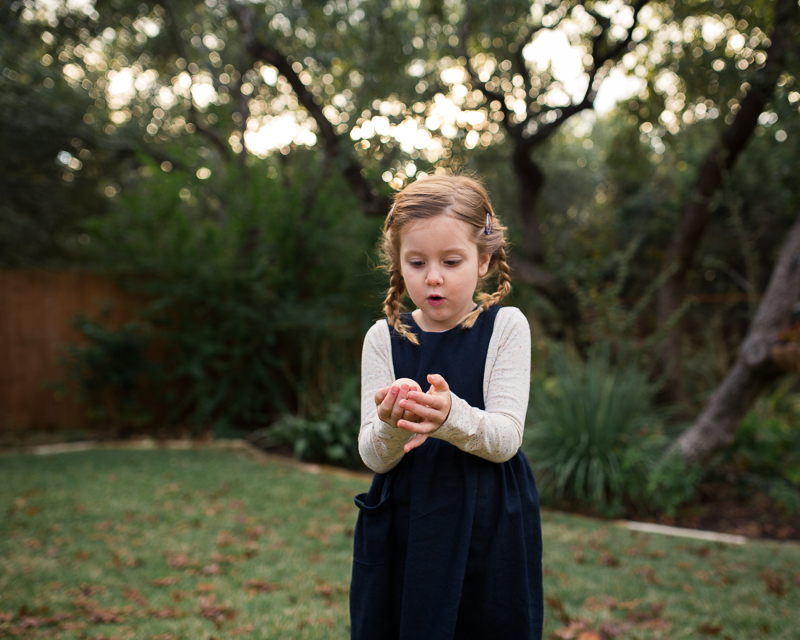 While the ongoing Easter egg hunt brings its own kind of excitement, for practical purposes, it would be pretty awesome if they all laid their eggs in their coop.  :D 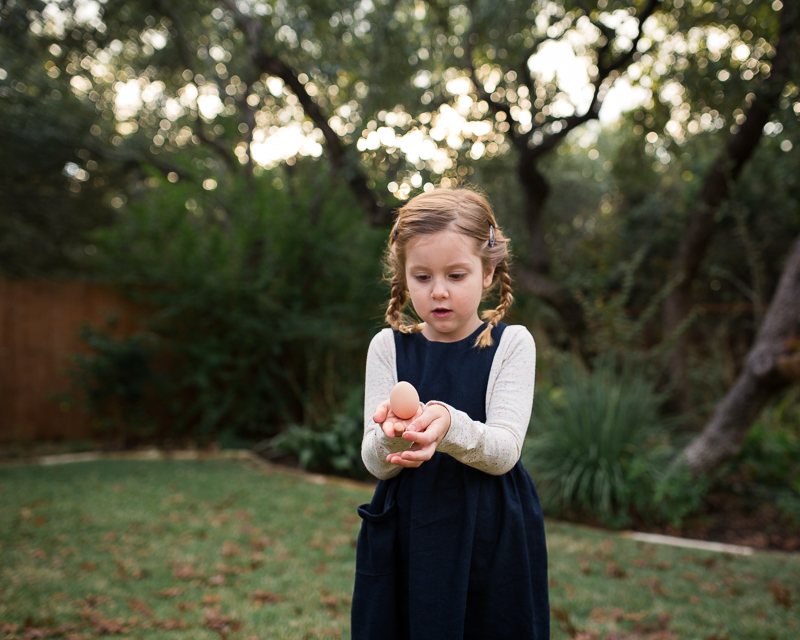 I made Iris another vintage McCall's (6673) pinafore and another Flashback Skinny tee.  This time I made the pinafore in Kaufman's Brussels Washer Linen, which is a linen-rayon blend and so very lovely.  And I paired it with a Kaufman knit - Speckle in Natural. 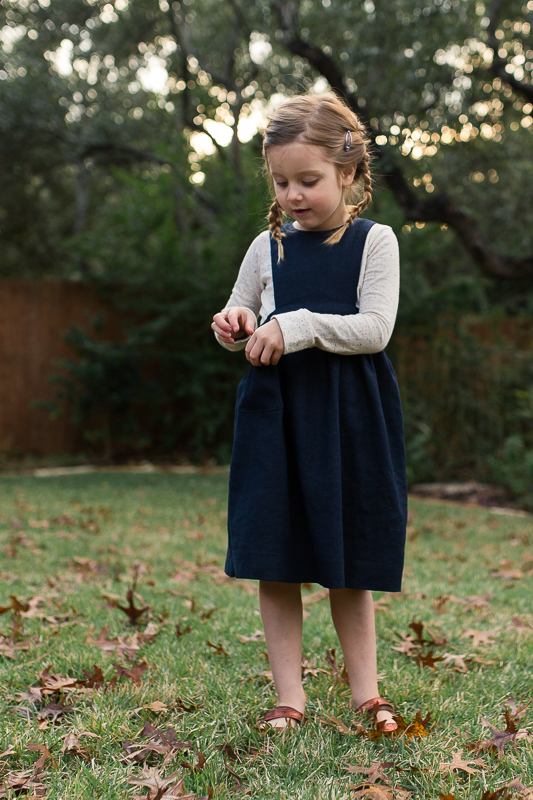 Last time I blogged about this pinafore pattern, I mentioned that Iris took a particular liking to it.  I wasn't sure if she liked the floral fabric or if she just liked pinafores. 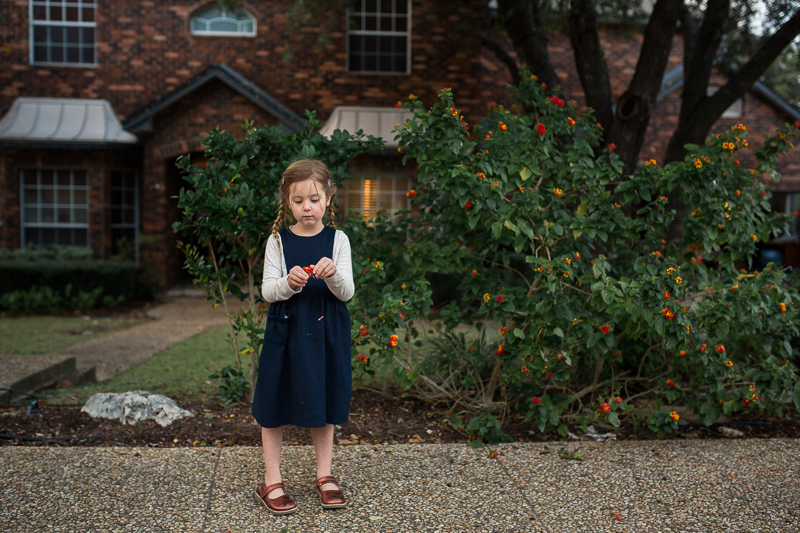 It turns out, it's the latter.  She loves this one just as much as the last one.  She wore it for at least three days in a row! And I let her because Dan, Jude and I came down with a terrible upper respiratory infection last weekend.  It felt like it could be influenza with fevers, chills, aches and a terrible cough but the flu test was negative. 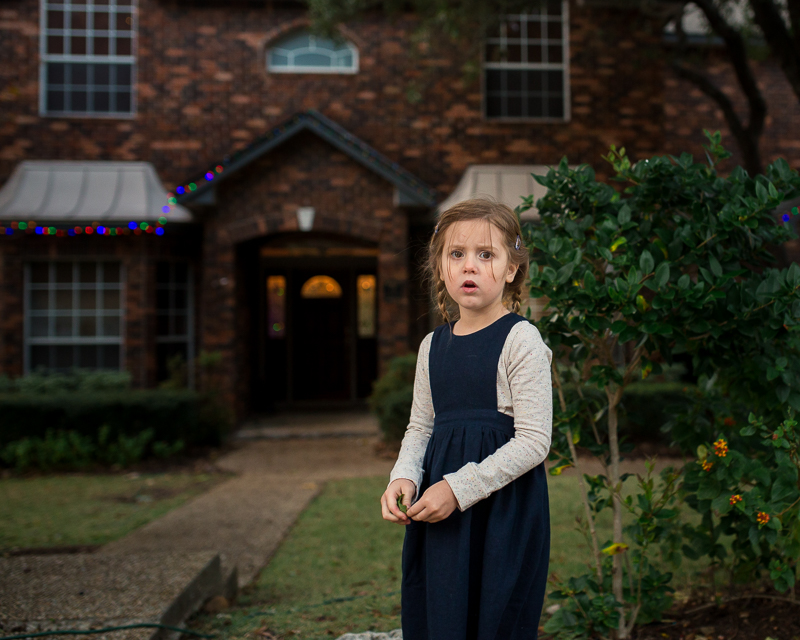 Jude missed performing in his children's chorus winter concert at our city's performing arts center.  He was so disappointed.  Dan and I were too sick to attend to see Indigo in the performance.   It has been one of the highlights of our holiday season each year and we were so sad to miss it. Indigo said she had a great time singing, but then got teary afterward and said it just wasn't the same without us there. 💔 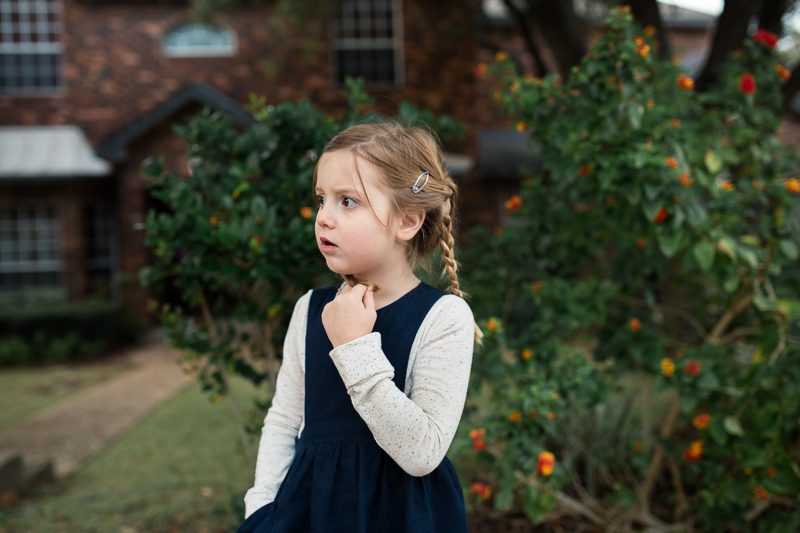 We hadn't been sick like that in years, though, so I am grateful for that, even if the timing was pretty awful.

It reminded me to share some delicious and easy chicken soup recipes that we love.  First, this slow cooker chicken tortilla soup has been a fall staple around here.  I use one chipotle pepper (two are delicious but make it too spicy for my kids), fewer tomatoes, and add 1/2 tsp of smoked paprika.  My kids love it, too! 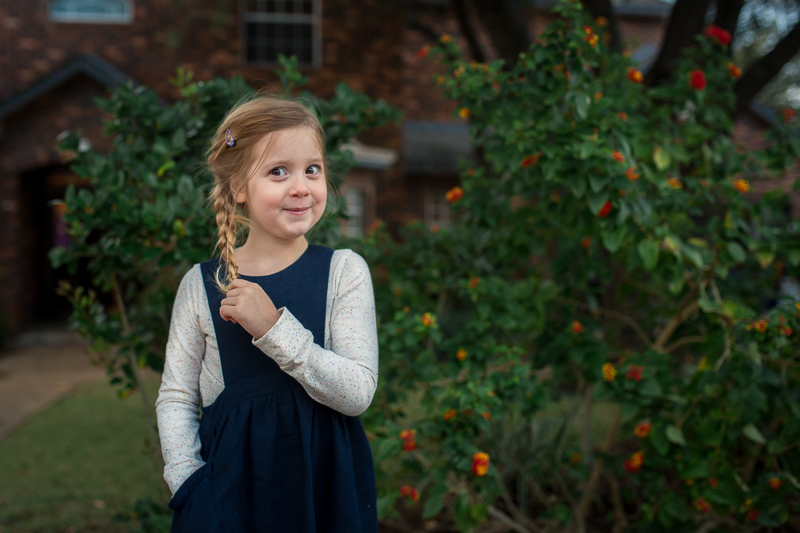 Then we discovered this chicken-gnocchi soup recipe while we were sick.   Everyone loved it and we didn't have any left over.  We used butter instead of olive oil and left out the spinach because we didn't have any.   It was the ultimate comfort food. 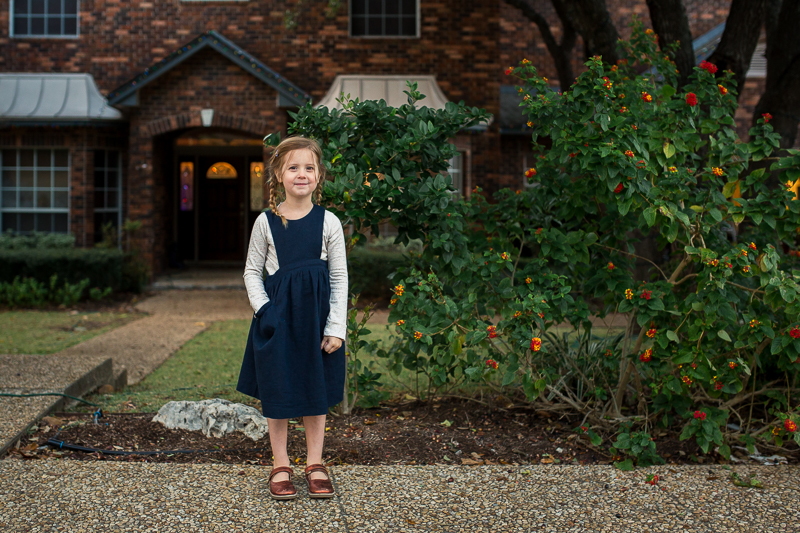 I hope your December has been happy and healthy!  Have you discovered any good recipes lately?