On Friday, we decided to go on what we now like to call our "biannual camping trip". Two years ago, we bought lots of camping gear. We went when I was 35 weeks pregnant with Indi. Let's just say sleeping on the hard ground didn't work out so well for me then.
Still doesn't. So, we decided to do things differently this time around and buy this: 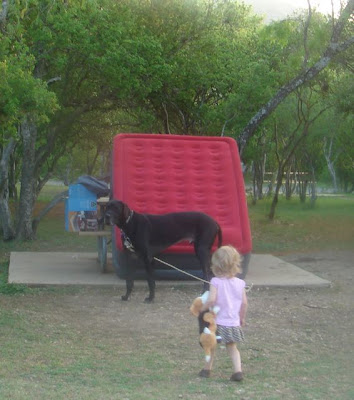 We bought one super-sized air mattress for us and one for the kids. Pretty sweet set up, huh?! 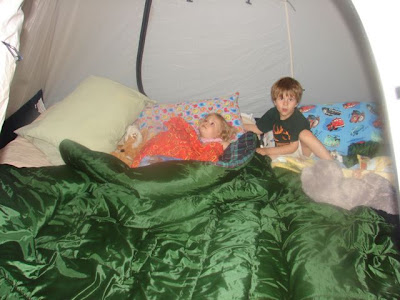 Dan calls our tent the Taj Ma-tent because it's so huge. Yes, we are most certainly Gucci camping. 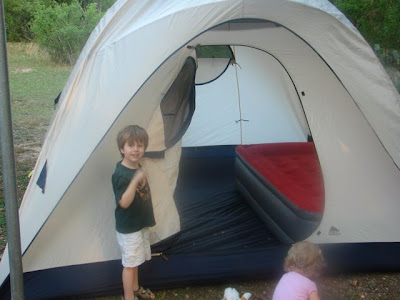 This is around the time that my camera broke, but I did get this picture of the kids playing one of their made-up games entitled "Swinging like a Monkey". 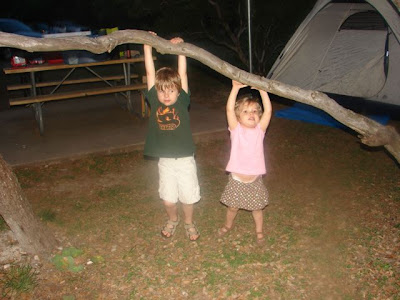 I'll end this post by saying that I was completely mesmerized by the beauty of Texas Hill Country (which is where we camped)! I know that probably sounds ignorant, but in the few years we've lived here, the only road trips we've taken have been from here to Dallas. Let's just say it's not exactly a scenic drive. The campground that we chose was about two hours away and we were surrounded by absolutely breathtaking views most of the drive. Since I was cameraless, I did not get any pictures but I found these on Google Images. 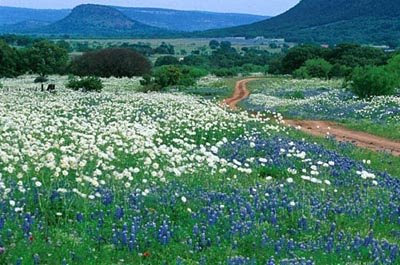 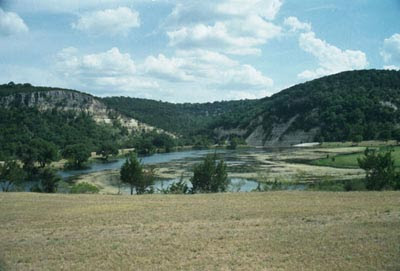 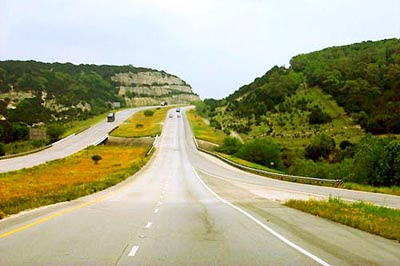