When you have a 16 year old house everything seems to break at once. This time it was the stairs on the deck. Dan set out to simply replace a few boards that had rotted. But when he removed them, he saw that the entire staircase was rotted beneath the boards. So he took on this weekend project... in 100 + degree heat, I might add. 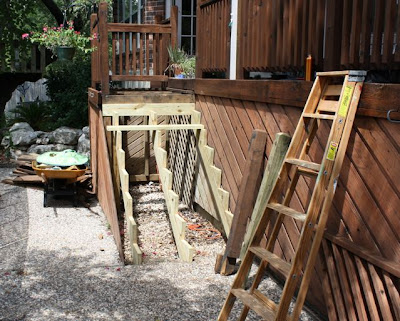 He did have the "help" of this little man. 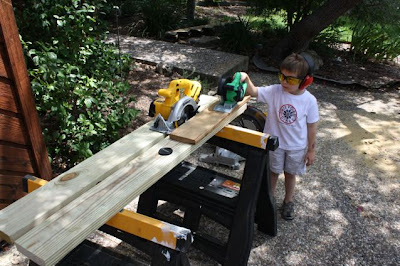 While my boys were hard at work and while my daughter napped, I worked on these two projects.

On Saturday, I made this dress for Indigo. 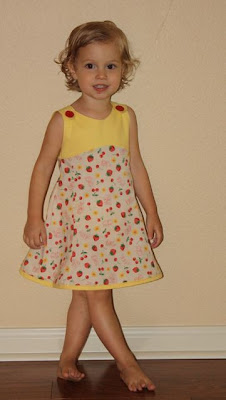 I used this pattern by Oliver + S called the Tea Party Sundress. I got confused when finishing the hem, so I deviated from the pattern there. I also decided to use bigger buttons than the pattern suggested.
Today, I finished this skirt for myself. 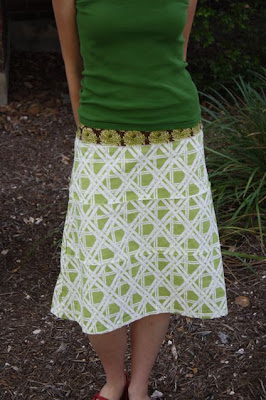 I started this project awhile ago, but got stuck while trying to install the invisible zipper. It's not perfect, but I eventually did figure it out (after consulting with various live and online sources + getting the advice of my grandmother!). The pattern is by Amy Butler and is called the Barcelona Layer Skirt.
While on the topic of crafting, I found this cheap and simple craft for the kids. First, I bought some wooden cars at a discount store for under $1/each. I also picked up some stick-on gems, figuring the kids would use them at some point. Our neighbor, Mishaal, was over playing with Jude and they wanted to do a craft. They painted the wooden cars, but then Mishaal had the idea of decorating them with the "jewels". She said they were "jewelry trucks". Thus the worlds of boy and girl play collide. 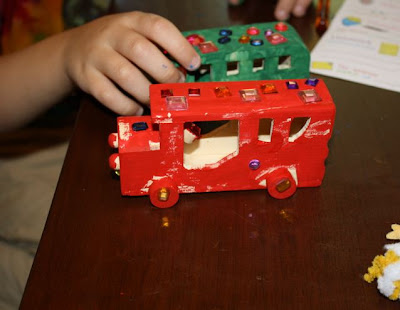 Finally, a shout out to my dear friend, Mindy, for these beautiful flowers! Thank you again Mindy! I am loving them and appreciate your thoughtfulness so much! They made my day! 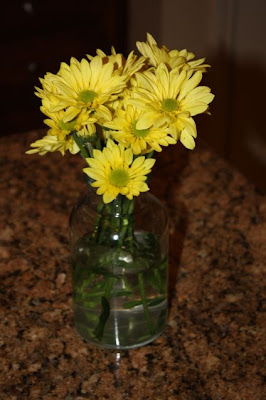