Last week was the week of birthdays at our house. Evie's birthday was/is on the 7th, Dan's birthday was on the 8th, and Indigo's was on the 11th. Also, Evangeline was baptized on the 11th. So Dan's folks came for the weekend and we celebrated together.
Here's Evie with her godmother and my dear friend, Dell 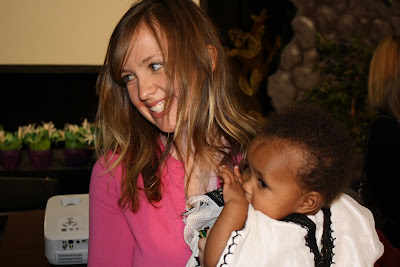 The kids all wore their traditional Ethiopian clothing. The pastor asked Dan to speak a little about adoption and we were able to show a few photos from our trip to Ethiopia. We were so happy to do so.
I love Indigo's expression in the photo below. 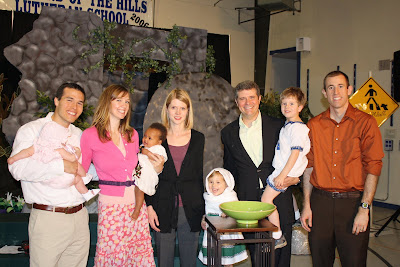 We were all so happy that Grammy and Grampy were able to attend. What a special day! 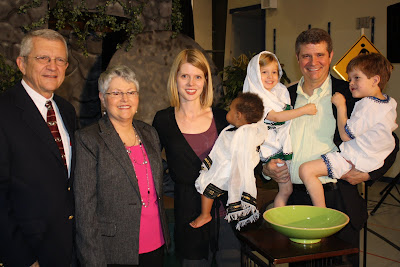 After a celebratory brunch, we came home and the kids opened gifts. Indigo and Evie opened their birthday gifts. We also bought one gift for Jude so he wouldn't feel left out. This was something that my parents did when I was growing up and I thought it was a nice tradition. 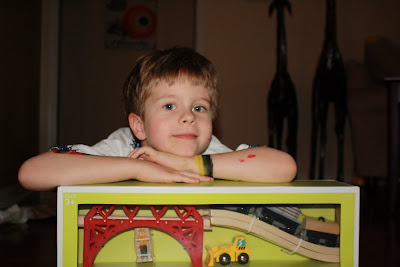 Indigo felt so fancy in her fancy nancy tutu and high heels. 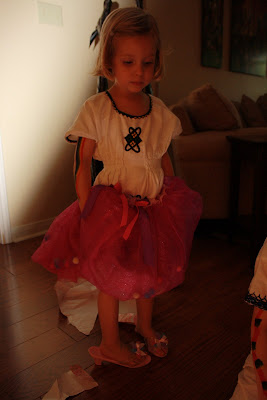 Then it was time for cake. 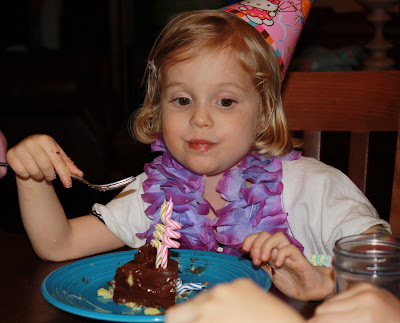 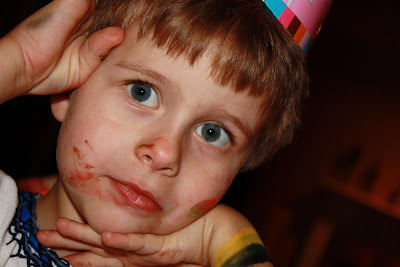 Evie has made so much progress since she's been home with us. She is now crawling all over the house, says "mama" a lot, signs "fan", waves hello and goodbye, plays peek-a-boo, and has gained three lbs in 6 weeks! Evie had her one year well check today and the dr said she was absolutely elated over her progress. We are too! She is such a blessing! We adore her!
Where's Evie? 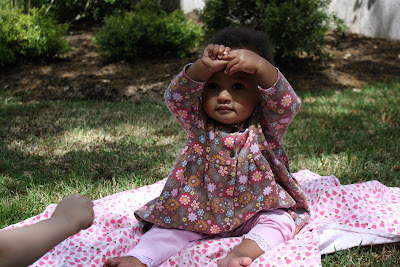 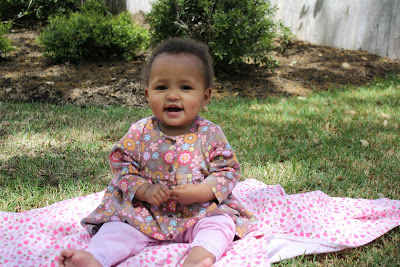 Chillaxin' with the sibs- 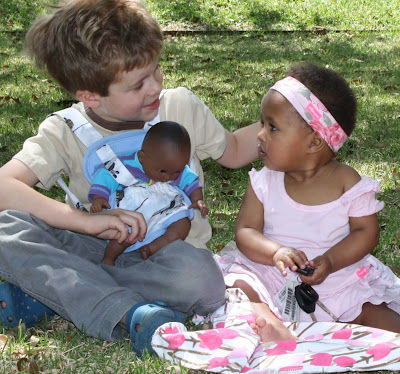 The girls rockin' their headbands 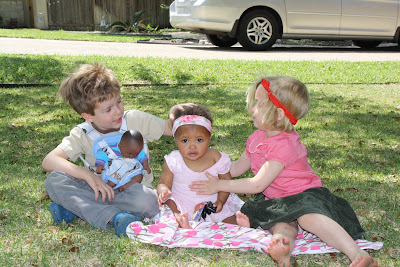