My grandfather is an amazing gardener. Born into a farmer's family, it runs in his genes. He has several large gardens. Understatement. His operation is more like a mini farm. Despite the fact that by trade he was a surgeon, my grandfather has quite a green thumb. I'm pretty sure he could have grown a bumper crop of [enter any living thing here] during The Great Dust Bowl of 1930.

Perhaps it is because I grew up picking his fresh strawberries, eating raspberries off of my fingertips and munching on rhubarb that I am insistent on planting my own garden each season. Here's how it's going this season 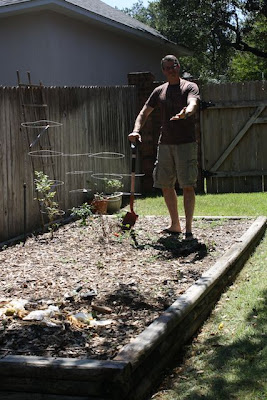 Blame it on the hot Texas temperatures... Or the two weeks this summer that we were away in Wisconsin and the garden went unwatered in said temps... Or the fact that when we did this experiment to test the quality of our soil which should ideally be equal parts clay, soil, and silt, ours was more like 80% sand, 1% silt and 19% clay. 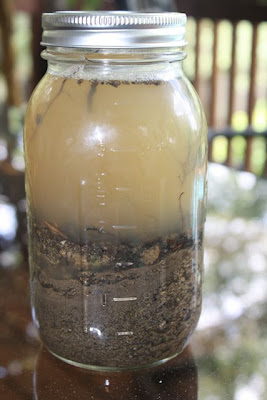 But we are a stubborn bunch, so despite our lack of success, we decided to throw down some compost and plant our fallish vegetables, in hopes that cooler temperatures and more faithful watering would result in a better outcome. And hey, my herbs are makin it. That's something, right?! 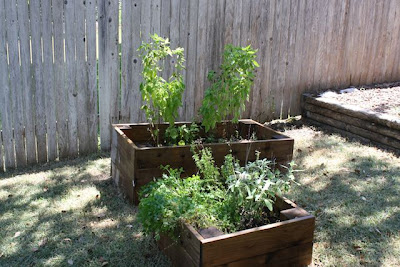 I've been trying to use up some of my fabric scraps so I sewed this "bunting" as it's called, for the kids. This project is really easy and a great scrap buster. I chose to make different sized flags to be able to use more of my scraps. 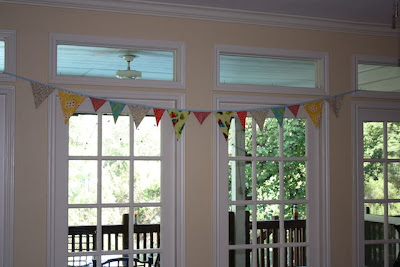 I also made this skirt for Indigo and appliqued a tank to match. She's been asking me to make her something with this fabric since before Evie came home and I am just now getting around to it. 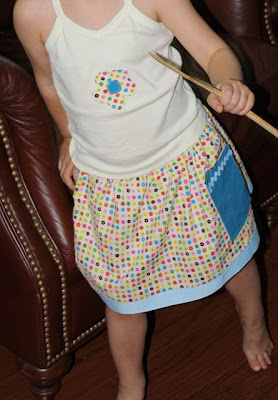 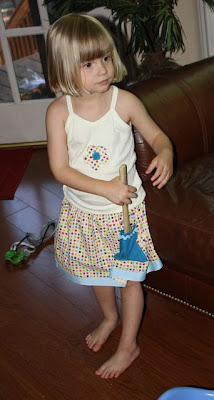 I used this free Oliver and S pattern. This project is sooo easy. The whole thing probably took about 1.5 hours. This was the first time that I had finished a skirt with a ribbon hem. It was simple and I was happy with how it turned out. I will store that finishing tip away for future use!

My friend Lauryssa is staying with us and she took some family photos of us before church this morning. My goodness is it difficult (nay, impossible!) to get a good pic with a 1,3,and 5 year old. But I realized after she took the photos that all of us girls, myself included, were wearing handmade. 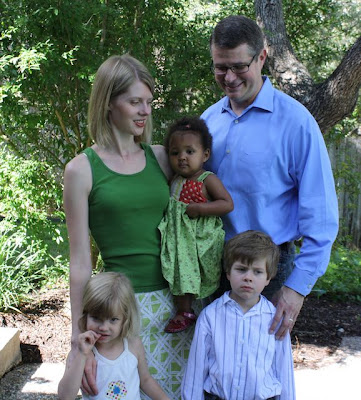 Case in point on getting a good photo