A Warm Jacket for My Warm Hearted Boy

Jude's the type of kid who likes to play it cool.  But when I told him I had stayed up late finishing this year's winter jacket for him, his face lit up like it was Christmas morning. 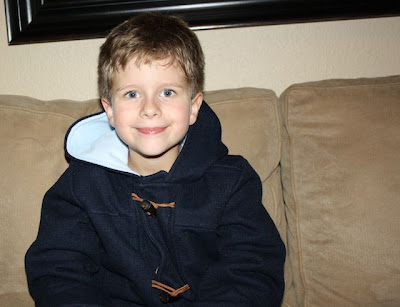 Like last year, I used this Oliver + S pattern, altering it only to taper the sleeves an inch or so.  Jude chose the wool based on swatches from Mill End Store.  Again it did not disappoint. 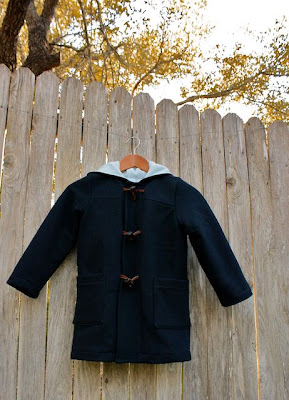 Jude asked if we could line it with fleece.  He chose this light blue fleece velour.  I generally prefer to work with natural fibers but the fleece makes for a cozy (and warm!) winter jacket.  It'll easily stand up to the morning temperatures in the 30s and 40s that we get here in Texas, without additional layering. 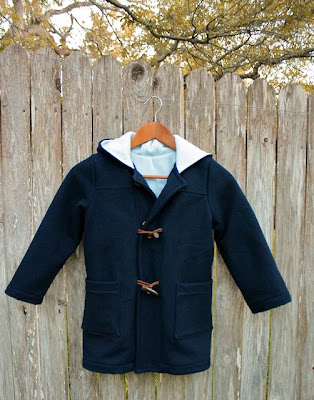 I had some toggles on hand from last year that I purchased from Pacific Trimmings.  The leather cording is from JoAnns. 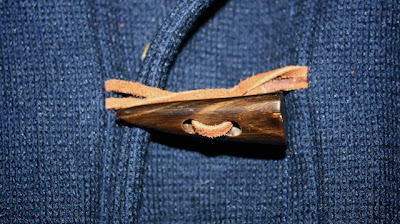 I decided to use snaps instead of velcro this time.  I was a little intimidated by snaps last time.  I shouldn't have been.  They were even easier to sew on than the velcro.  Just be sure to separate the jacket front from the lining when you hand sew them on so that your stitching doesn't show through to the front of the jacket. 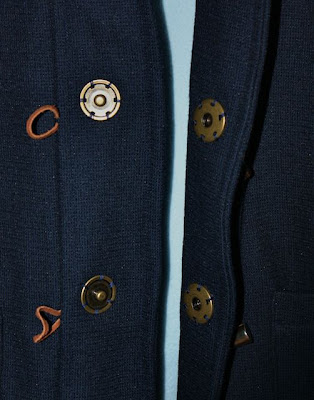 Being I don't sew a lot for my boy, I do love making something for him that he will wear so often. 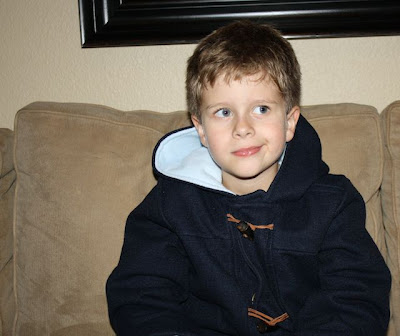 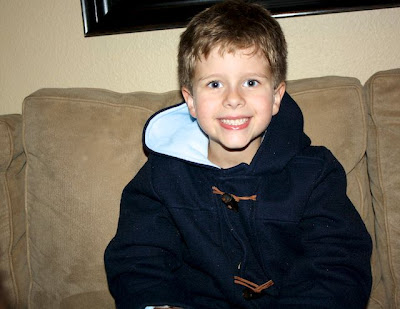