Wrapping up my Christmas sewing felt a lot like finals weeks in college.  I thought I was doing an okay job preparing only to find I had so much to do and so little time.  I drank far too much coffee and promised I would do things differently next time.

I had five pairs of pajama pants to make - one for each of my kids plus one for my goddaughter, Violet.  My machine was set on high speed and I wasn't about to be slowed down by pins.  At one point, I realized that if I hit a pin, I might very well lose an eye.  But I still didn't slow down... or take out my pins.  A friend tells me I am now engaging in extreme sewing.  She'd like me to start wearing safety goggles. 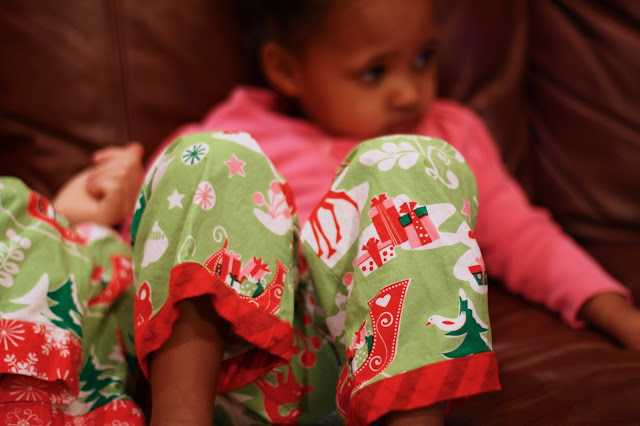 I made matching appliqued shirts to go with the pants, outlining each animal or tree with hand stitches.  This likely took just as much time as if I had made the simple kimono top.  But it was much more convenient since I could do it while sitting on my couch with my baby on my lap. 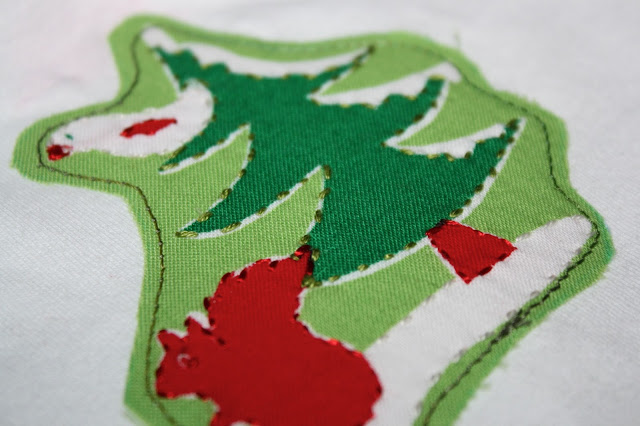 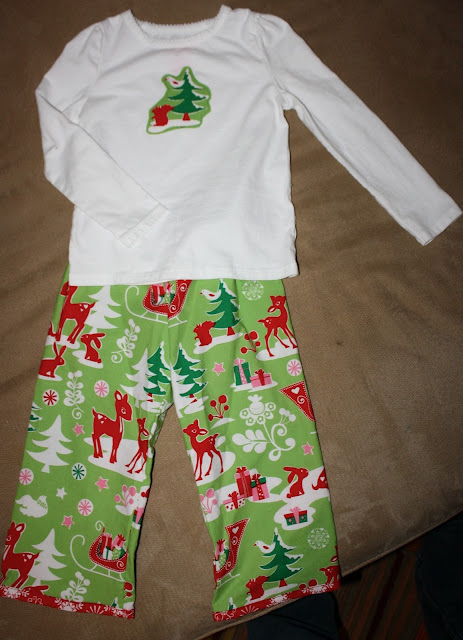 I made this pattern just a little simpler by adding 1" to the pattern at the waist and forgoing a contrasting waistband altogether.  I also altered the width of the contrasting leg bands, making Evie and Indigo's leg bands wider.

Four of the five pajama sets made it under the tree by Christmas Eve.  Iris' pants didn't fit over her big cloth diapered booty, even though I cut the pattern a size up.  I didn't have it in me to tackle another (sixth!) pair.

{As an aside: I've read that this is a great pattern for that cloth diapered bum - appropriately named Big Butt Pants!}

With my two older girls sick with RSV on Christmas Eve, I didn't get any pictures of them in their new pjs until 'Ganna's Eve'... and E's shirt was in the wash.  She didn't seem to mind. 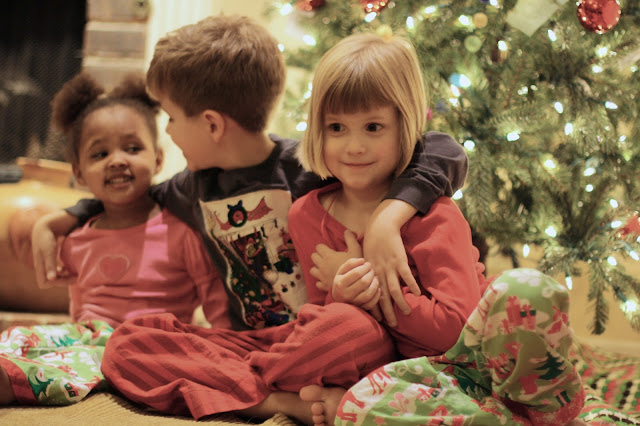 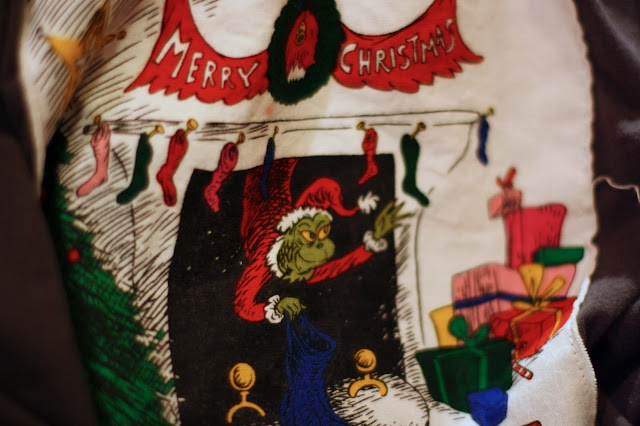 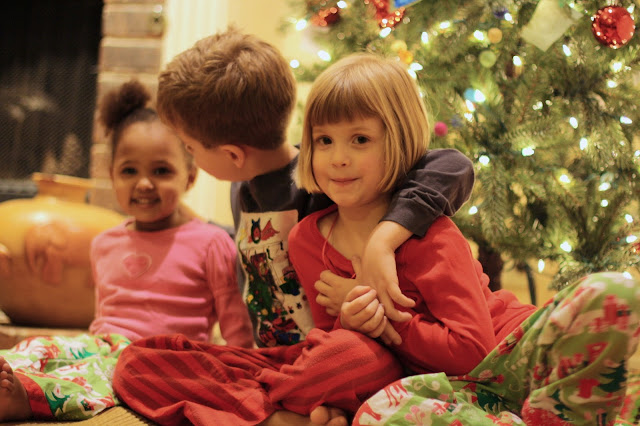 While Oliver + S has discontinued this pattern, they've been bringing back some patterns in PDF form.  I hope someday this will be one of them.  Otherwise, this pattern is pretty darn cute, too. 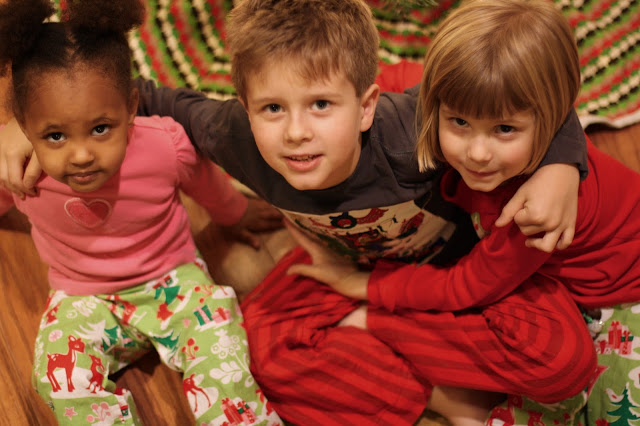 {For the girls'  pajamas, I used Michael Miller's Holiday Yule Critters in Lime and Little Flakes in Red.  For Jude's, I used Robert Kaufman's How the Grinch Stole Christmas and Max in White and Christmas Flannel Stripe.}