One of the topics that came up this week during the kcwc was when projects don't come together as planned. It happens to all of us.

This got me thinking about a project that ended up being a big flop in my book. I hoped it would grow on me, but it never did.  And, of course, it became one of Evie's favorite things to wear.  Dan said she looked like a miniature version of Gandalf in it.  I said Merlin from the Sword in the Stone.  Either way, you get the picture.

After being inspired by both this and this, I decided to give the ole matryoshka dress another try.  I took the sleeves in by six inches(!). 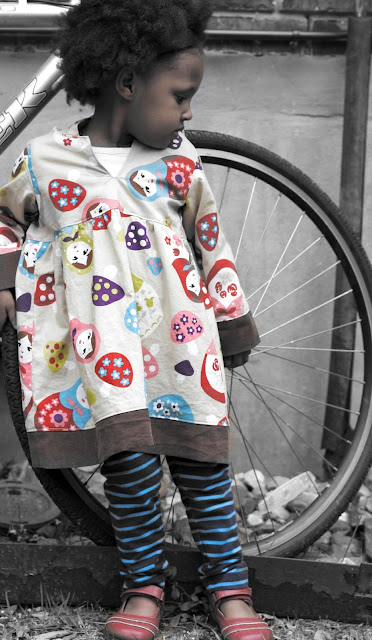 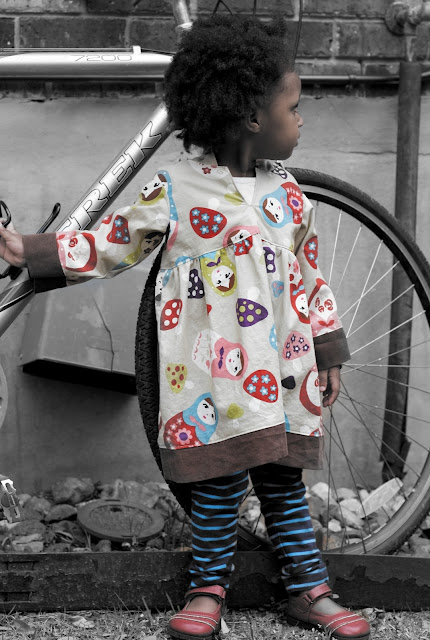 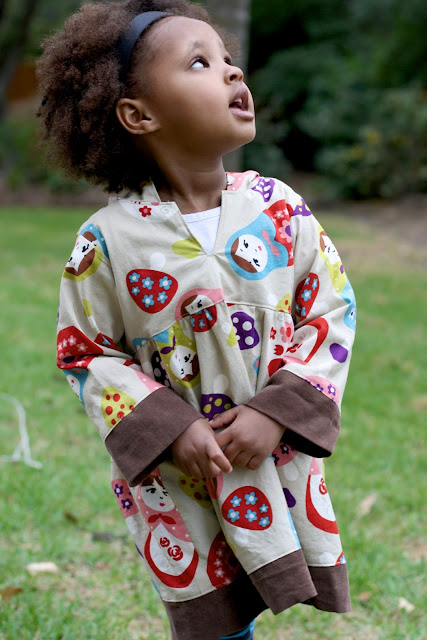 I also tacked the yoke facing to the waist seam allowance with a few hand stitches.  (It kept flipping out.)  That did the trick. 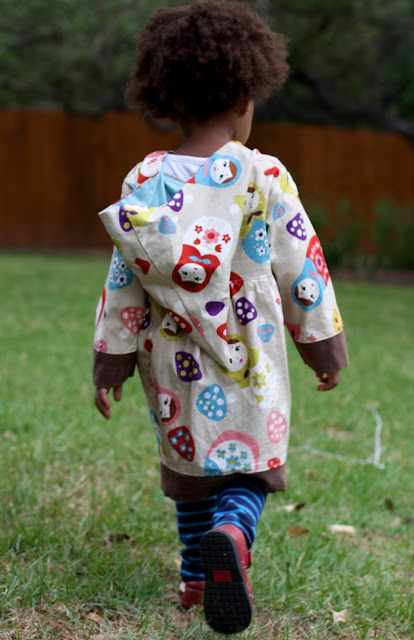 The hood is still wizard-tastic, but I think it's okay.  The pattern is Modkid Sydney by Patty Young.

And that wraps up the kcwc!