For day 5 of the kcwc, I had planned to make this top to go with these bloomers 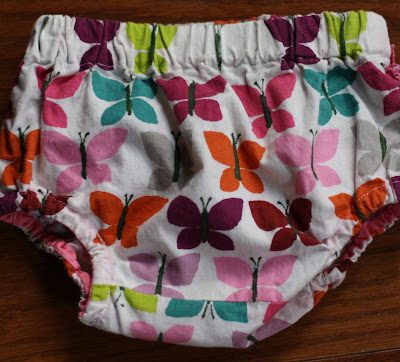 which were gifted to me when I was pregnant with Iris.  Aren't they fun?  The pinafore seemed like a good match.

The tutorial was fantastic - a free PDF pattern that was easy to follow with good detail and great pictures.  But the pinafore was way too big for the baby.  I decided to try it on Evie as a tunic.  She couldn't have been more thrilled.   She's been asking me to sew for her but Indigo has declared a temporary moratorium on all sewing for Evie because Evie has "like 20 dresses and I've outgrown all of mine."  It's true - the girl has a lot of dresses. 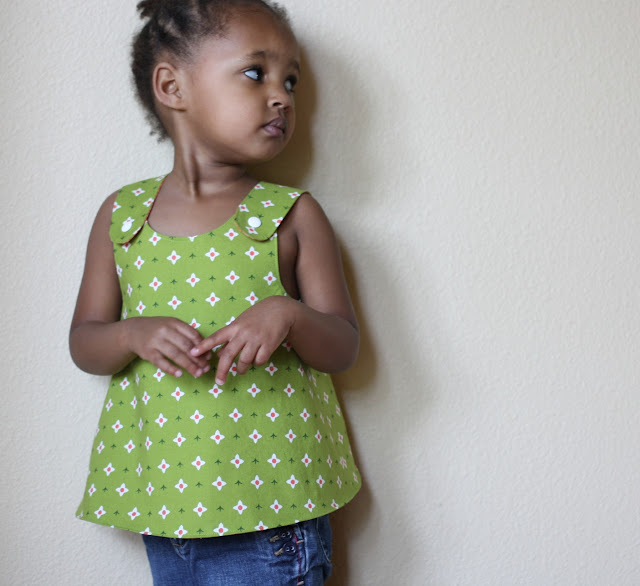 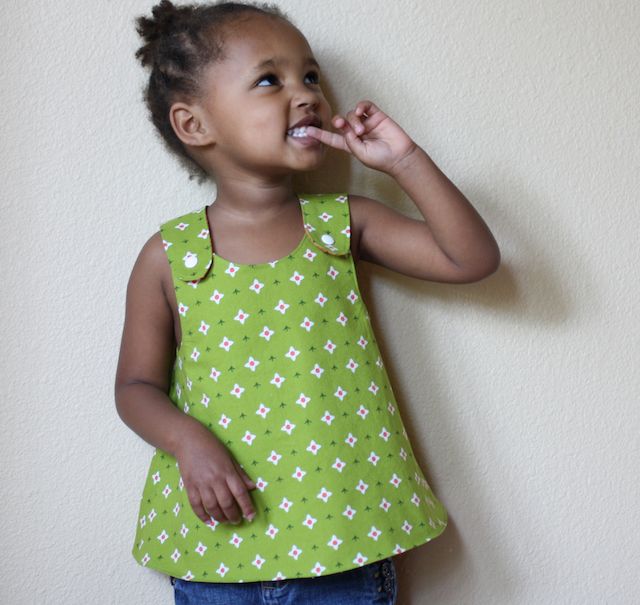 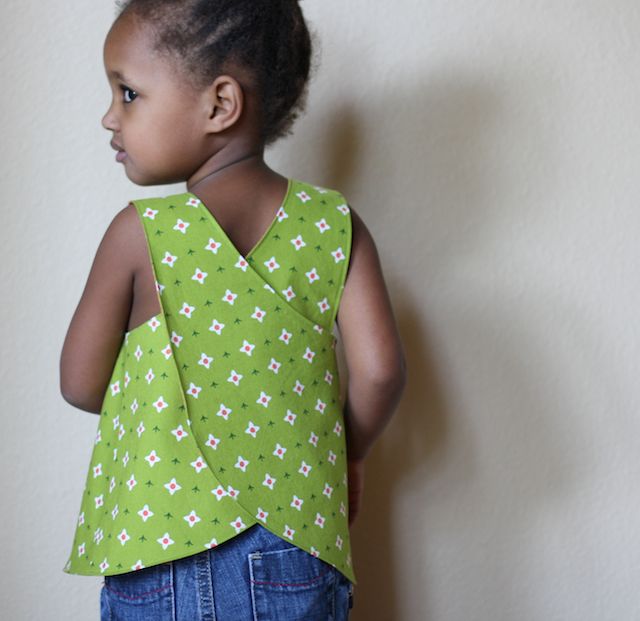 Inspired by this dress, I added snaps (instead of buttons) to make it reversible.  It would be a shame to see such beautiful fabric mostly hidden as a lining. 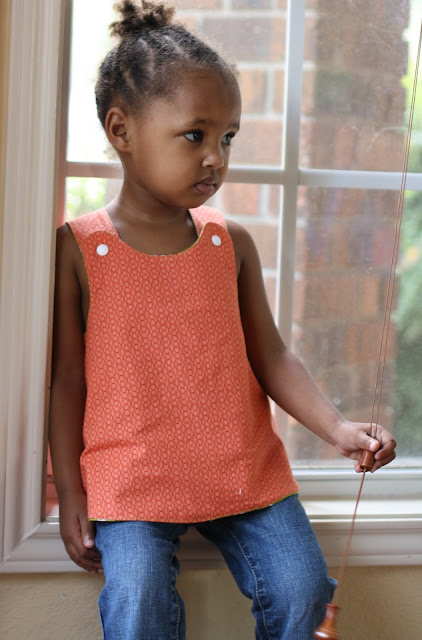 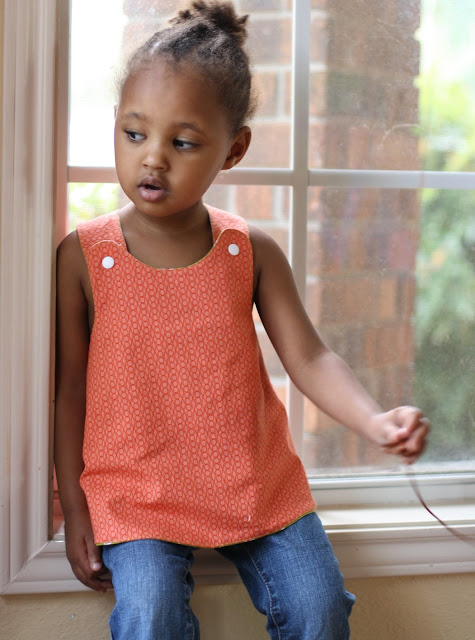 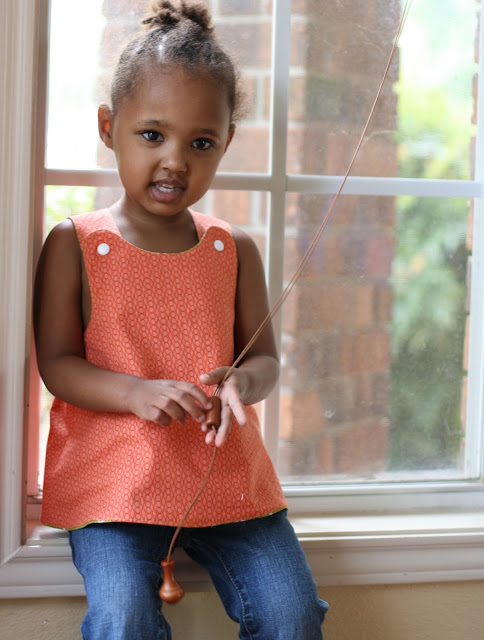 I only had a half of a yard for the lining, so I cut the straps perpendicular to the main fabric.  I think it works. 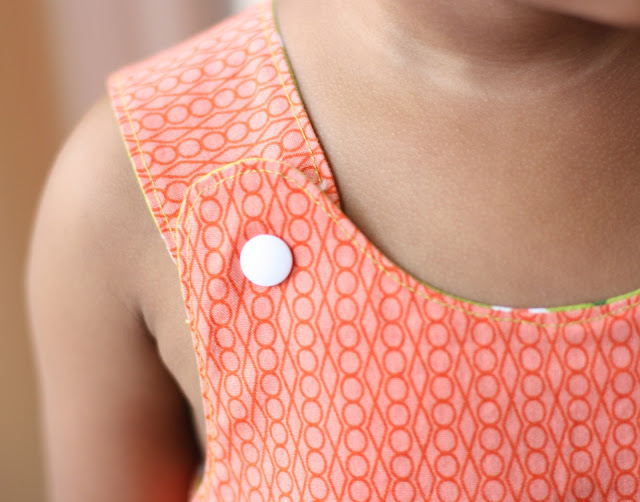 In the world of sewing, things don't always work out like we initially envision.  It's always great when a project is still salvageable.  Just like life, everything goes better when we're flexible.

{The fabrics for this top are from Hello Pilgrim by Lizzy House.}