The arrival of my friend's bouncing baby boy meant sewing was in order... of course!  Since I mainly wanted to focus on bringing lots of food, I decided to keep the sewing simple. 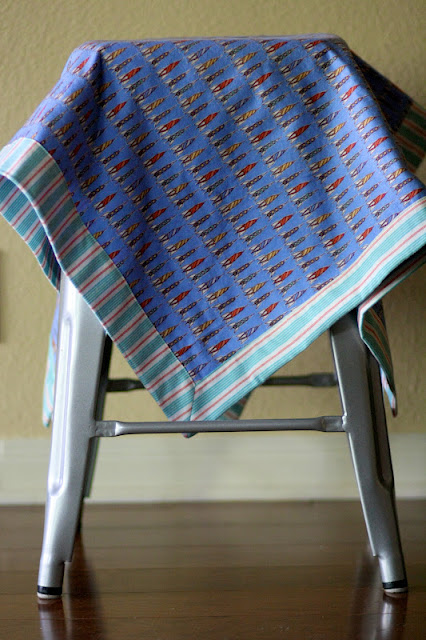 A double sided flannel blanket- so cozy!  While the selection of boy fabrics is slim, these fabrics are perfection.  They washed up beautifully and were buttery soft.  I used this tutorial for the blanket.  Last time, I wasn't crazy about the finishing on the mitered corners.  So this time I used this tutorial for my corners.  I had to stuff the rocket flannel piece inside the frame which was a little weird, but in the end, it worked. 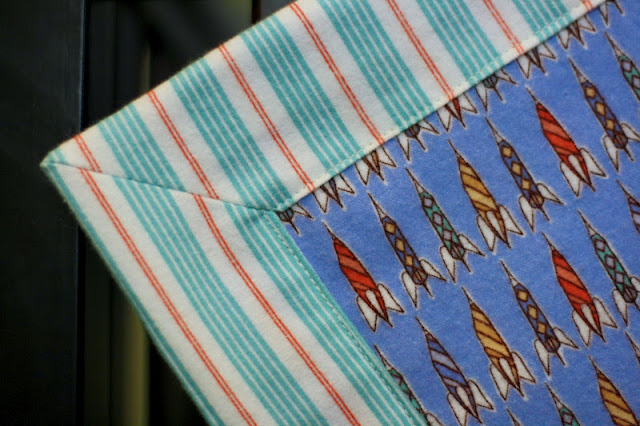 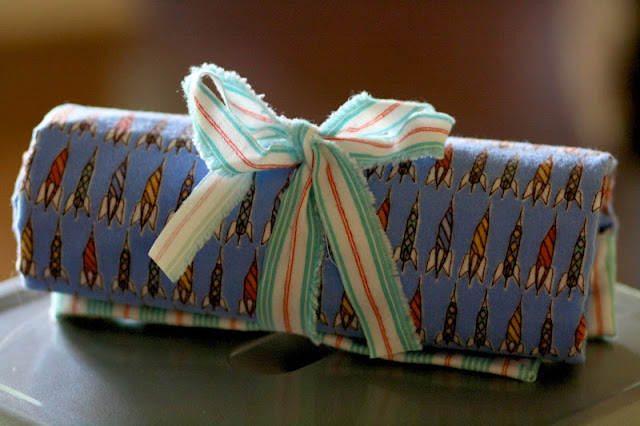 Along with the blanket, I included this diaper salve.  We're crazy about this salve and it's so easy to make.  Lately, we've been using it as an all-purpose salve for Jude's "itchy patches" that come with the change of seasons.  It works like magic.  Jude's insanely picky about what he'll allow me to put on his skin and this is the only thing that gets his stamp of approval.  Trust me, this says a lot.

Did I mentioned I also sent food?  Yes, lots of food.   In my opinion, there is no better way to support a new mom/growing family than by sending food. I've been making this braided bread over and over again, making one loaf in cinnamon.  {A tip: It helps to refrigerate the dough for at least an hour after the initial two-hour rise.  It's a dream to work with when it's chilled.}

One of my bread recipients said he hadn't had bread like this since an elderly woman from Germany made it for him twenty years ago.   He claimed my bread was too good to share.  I felt like I should divulge some secret family recipe, passed down from my great-great-great grandmother.  But nope, it's just a recipe from the interwebs.  I highly recommend it. 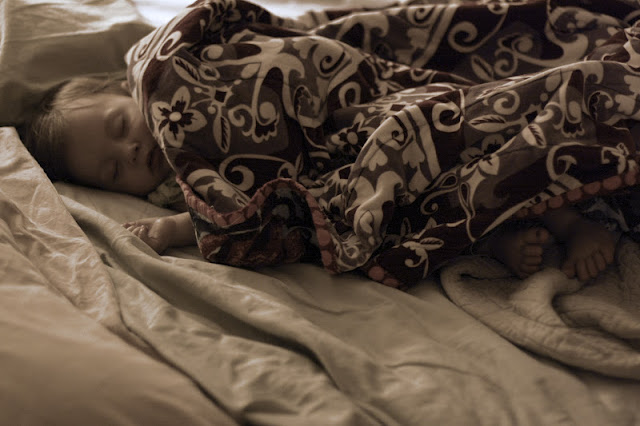 I can hardly believe almost a year has passed since our baby was born.  It gets easier.