As I was sewing the buttons onto Indigo's new trench, I was telling Dan how Oliver + S patterns are so brilliantly written that when I reach the final product I am both amazed and humbled that I was able to make something like this.  Never in a million years did I think I would sew my kids' jackets.   Oliver + S patterns make you feel like a rock star! 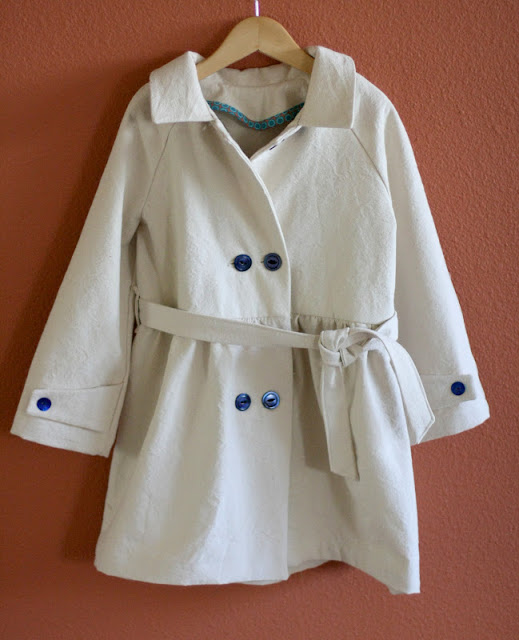 When making a jacket, there are so many pieces that are sewn together separately -  the sleeves, tabs, collar, skirt, and bodice. 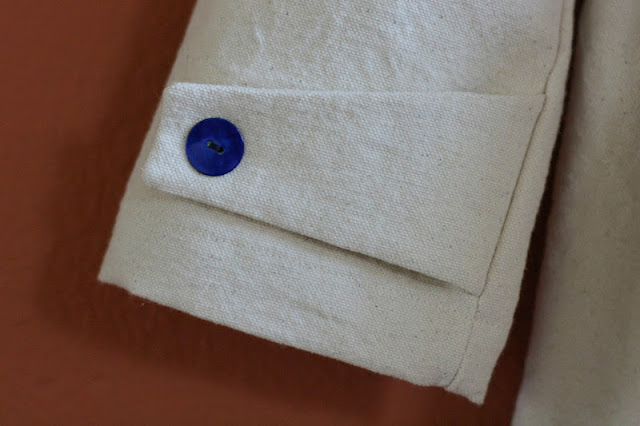 The really fun part about it is when it's time to put it all together.   Suddenly a bunch of random pieces become a jacket... and fast!   It always excites me and frankly, mesmerizes me every time -   even on my fifth jacket. 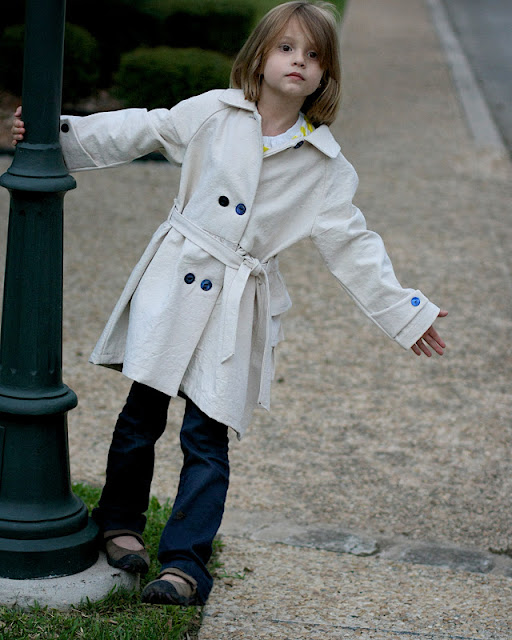 Using this tutorial, I adapted the pattern to add ruffles to the back.  Indigo likes fancy.  I like streamlined.  I think this was a good combination of the two. 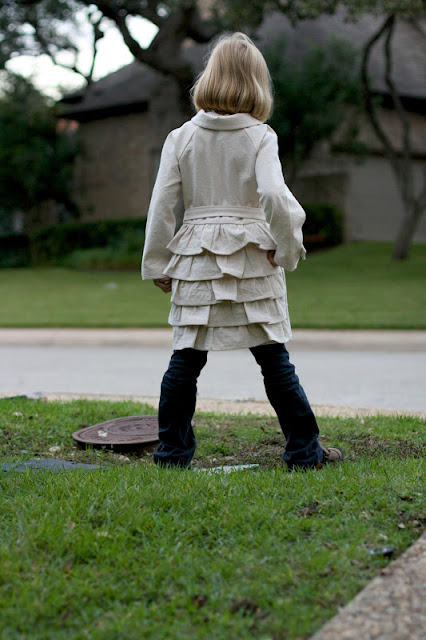 I had a few questions about the tutorial (I feel like the biggest sewing dunce sometimes) which were clarified in the comments section of the tutorial.  It was an easy adaptation.  I cut my strips 5"x27".  I used five layers of ruffles set 2.5 inches apart.  To hem each of the ruffles, I pressed the bottom raw edge to the wrong side by 1/2", then again by another 1/2" to encase the raw edge and form the hem.

This was my inspiration for the jacket.  I really liked the cobalt blue against the creamy jacket fabric.  So I used these fish eye vintage buttons, which I found on Etsy.

The fabric is canvas (from here).  I had a mini-freakout with the canvas initially.  I had never used it before.  It felt stiff and, at the risk of sounding flaky, I wondered if this was the same stuff artists use for painting (?).  But once I started working with it, I really liked it.  It's a great weight for Fall and sews up beautifully.  It's tough to get wrinkles out of it, so I would recommend not overdrying it and using a hot, hot iron with lots of stream.  And for the record, my kids did paint with water colors on my scraps and it was lovely for that as well!  ;) 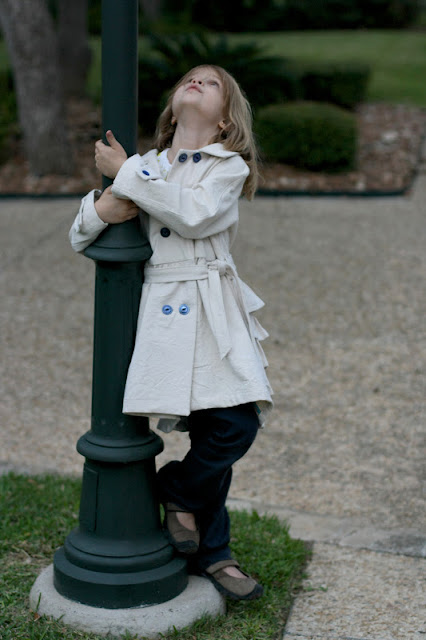 This jacket is unlined and the seams are finished with bias binding.  The bias binding gives the jacket such a unique look, though if your sewing machine is rocky with bulk, you might run into a few probems.  It's b u l k y. 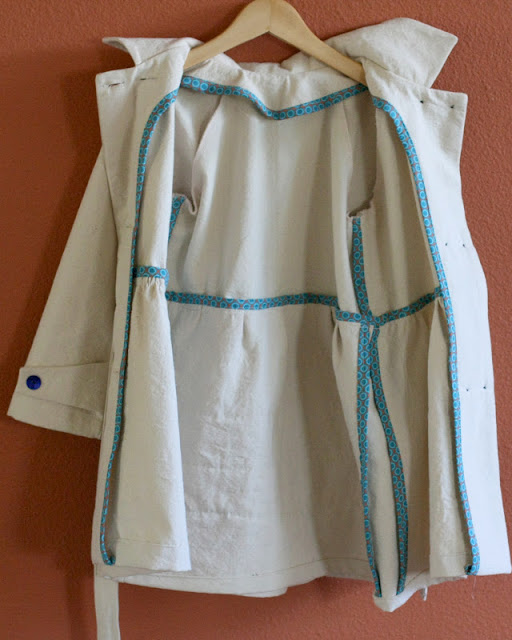 I made my binding using this fabric, and was able to cut most of it on the cross grain instead of the bias because most of the seams are straight, not curved.  You only have to use true bias binding on curved seams.  This was great news for me since I only had a half a yard of fabric left.  I definitely recommend starching your bias binding if it's handmade.  It makes it so much easier to work with. 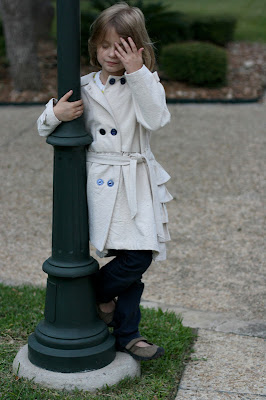 This jacket was really a dream to sew.  It did take more time than I had expected, but I'm the queen of underestimating how long it will take to do pretty much everything.  (Just ask my husband.)  I felt it took about as much time to sew as the School Days Jacket which is rated as being more difficult. Personally, I found these jackets to be about on par with one another in terms of difficulty.  Neither one was difficult but both were time-consuming. 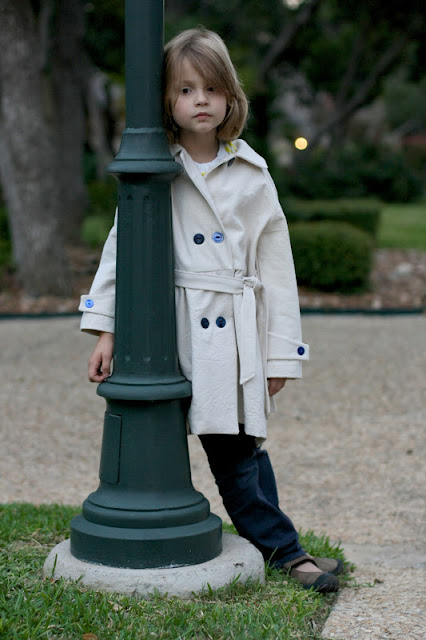 Yay for another great pattern by Oliver + S!