kcwc wrap up - and sewing for 'thrift'

Last year, I was talking sewing with someone who doesn't sew often.  I mentioned I was able to make this dress for only $7, factoring in how many times I had used the pattern.  Puzzled, she responded by saying she could buy a dress at  Target or Walmart for that price... without having to do all the work of making it.  [How clothing gets to stores for those kind of prices and who is behind the sewing machines making our clothes is a controversial topic and too complicated for this little sewing blog.  But I learned a lot by reading this.]

With discount retail stores making clothing available at amazingly low prices, sewing primarily for thrift may be a thing of the past.  Yet, one of the reasons I started sewing for my kids was because I saw jackets or dresses at more expensive, boutiquey stores and fell in love with them... but not their high prices.  I thought, I'll bet I could make that for much, much less!

And such was the case with this, a dress from Handmade Charlotte for Anthropologie. 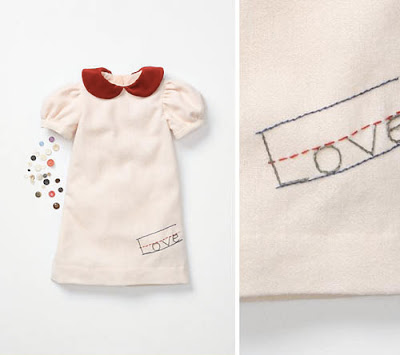 Priced at over $200 - possibly closer to $300, I can't find the pricing info anymore- I knew it was not something I would buy for my girls.  Yet it seemed simple enough to re-create.  Wool + velvet (both from Mill End Store) + the Oliver + S Puppet Show pattern and you get this, my final project for the kcwc.  And all for about 15-20% of the cost of the original, while creating a family heirloom.  I might even call that thrifty. 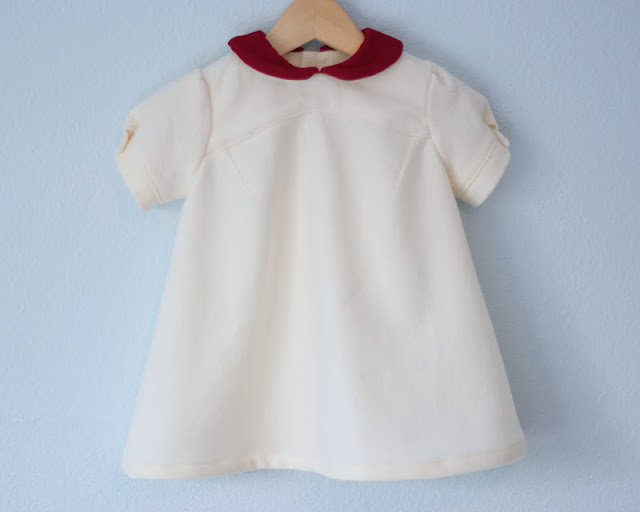 I had high hopes for making one of these dresses for each of my girls last Christmas.  (That might've been cheesy, though, right?).  But with a new, colicky baby in the house, those plans came to an abrupt halt.  Being I have two Christmas dresses in great shape for my older girls, baby Iris was the recipient of this dress. 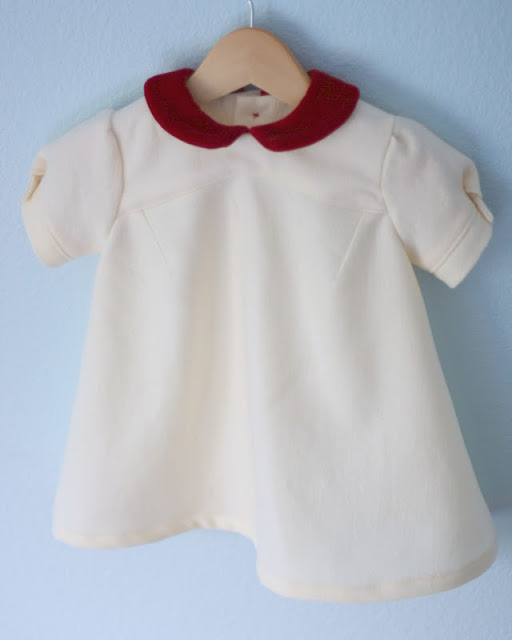 I didn't have the easiest time making this dress.  I had scribbled down some notes about the pattern, but honestly, I feel most of the problems I encountered were based on the bulkiness of the materials I chose.  This pattern was written for lightweight to medium weight fabrics, not wool and uber-bulky velvet. 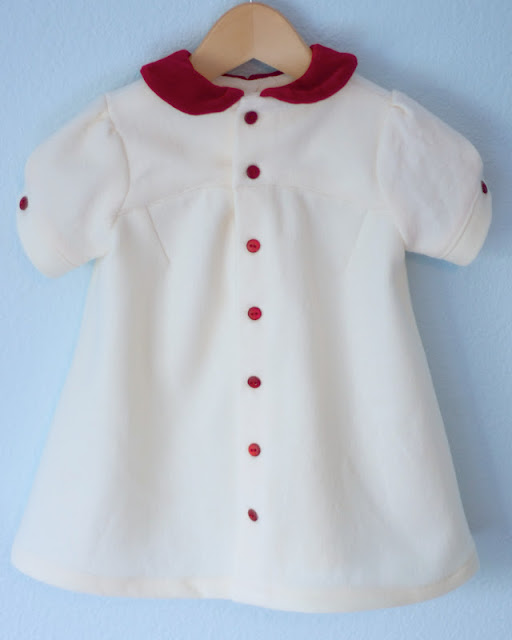 I knew this velvet was tricky to work with.  I had used it last year to make this mermaid for Indigo for Christmas.  The velvet shed a lot and I had to leave a pretty generous seam allowance or it would fray through to the stitching, leaving a hole. This time, I ended up having to re-do the collar.  My first attempt came out looking p r e t t y wonky.

Buttonholes on thick fabric have been my arch nemesis in the past.  It went better this time but wasn't exactly relaxing, either, let's put it that way.   I had to rip a couple of buttonholes and re-do them.   The stitching is so tiny it always leaves me biting my nails to have to rip it.  Ack!  On a dress that's finished, too!  So much pressure.   (I actually don't bite my nails but if I did, this would definitely be a time I would.) 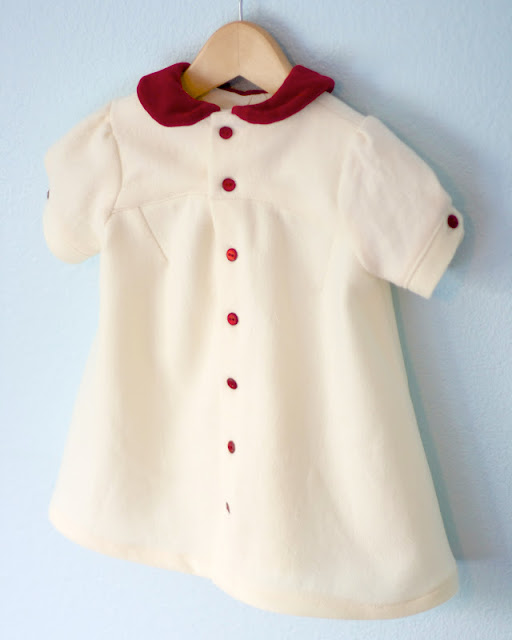 Evie and I chose the buttons yesterday at Joann's.  Evie is our one naturally organized child and was quite content organizing the buttons that were out of place while I browsed. 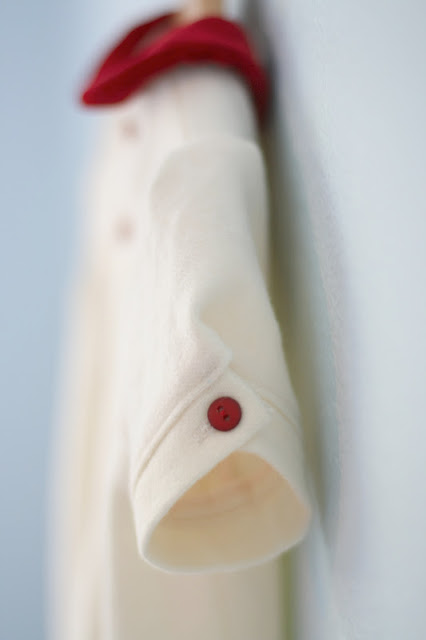 In the end this dress came together and I love it.   Perhaps later I will add some winterish hand embroidery to the bottom corner, like my inspiration piece.  Maybe a snowflake in grey embroidery floss?  Or, in this case, is less more?

This concludes my sewing for the fall kcwc!  It was lots of fun.  But my laundry pile desperately needs me!