December was a whirlwind month.  We may have set a family record with four illnesses this month (two colds + not one, but two stomach viruses).   Despite those setbacks, we tried to make the season as special as we could.

We made wintery votives (inspiration here). 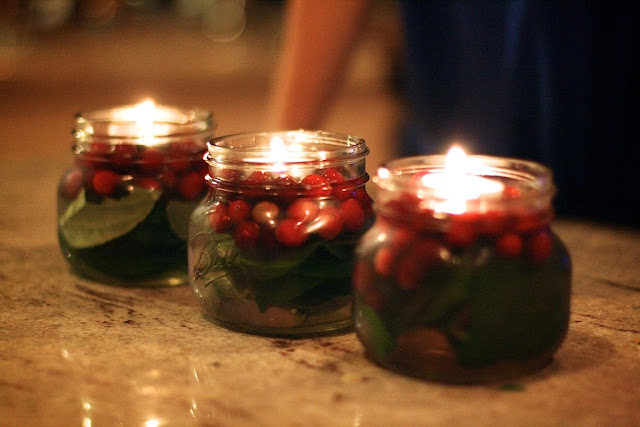 We decorated our tree. 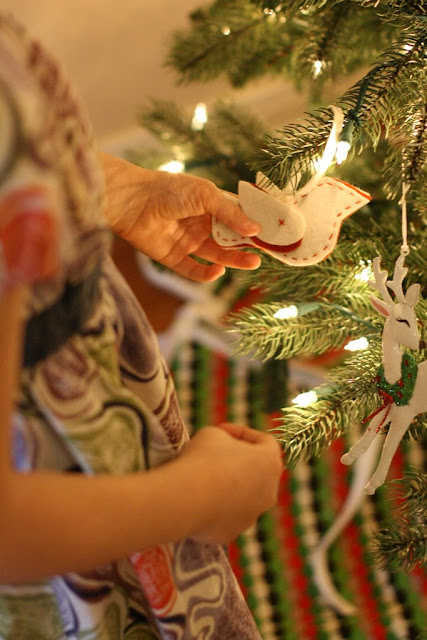 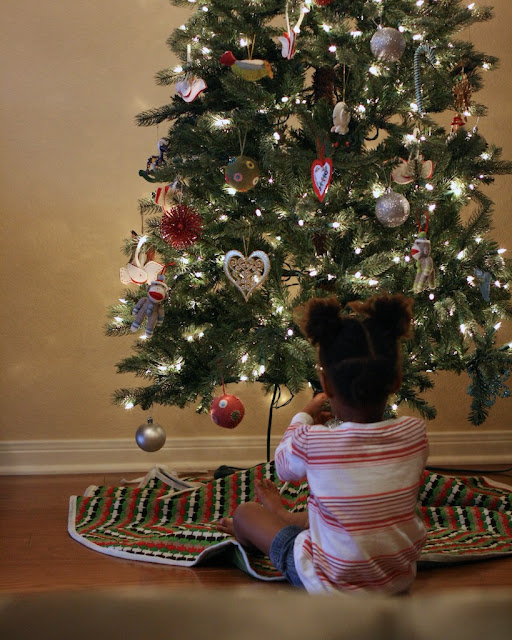 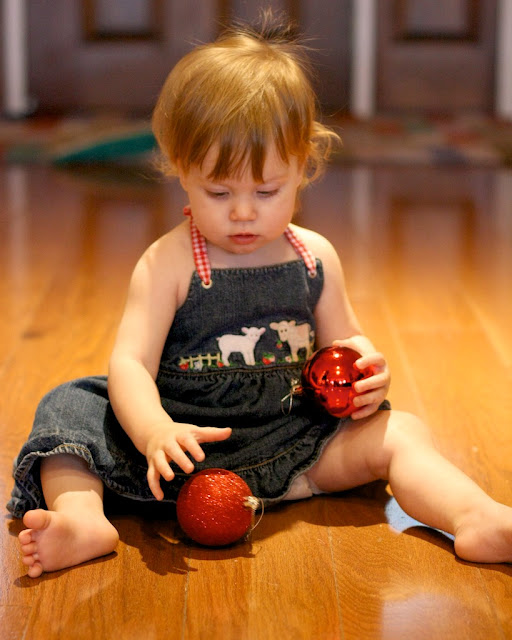 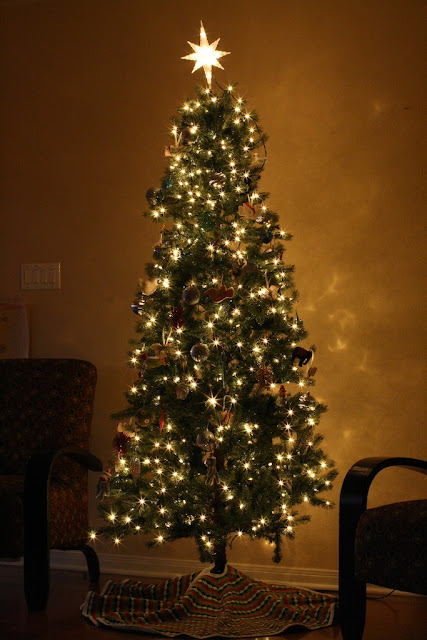 We made snowflakes (using this awesome tutorial from last year).  Dan even lifted his ban on glitter - the gift that keeps on giving - so we could make the snowflakes sparkle. 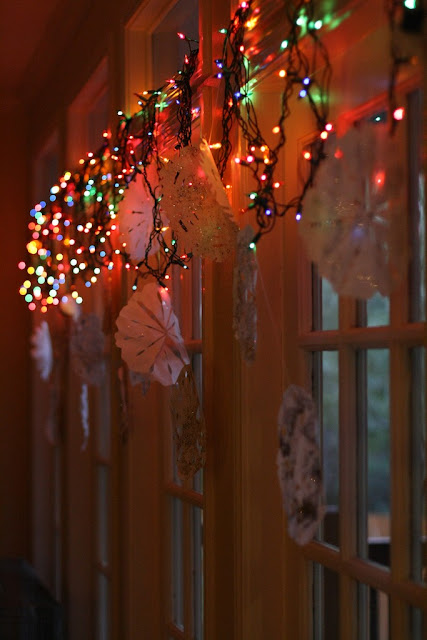 We had a visit from Santa. 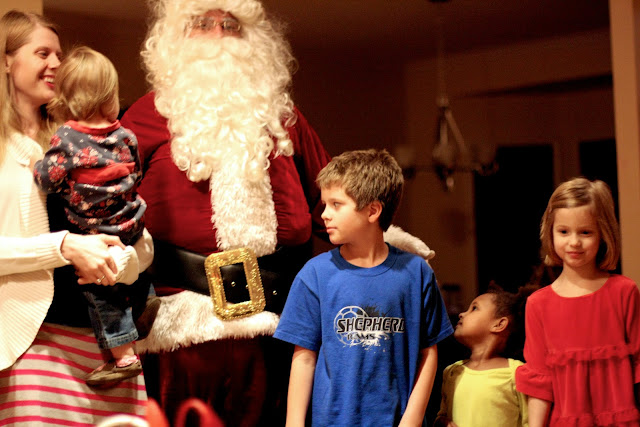 Somehow we misplaced the bottle of wine we bought for Santa.  So we made these instead (inspiration here). 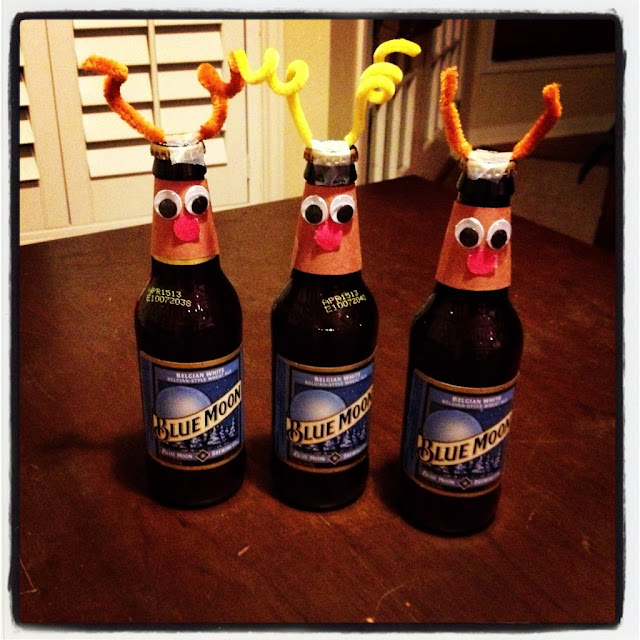 I made reindeer cupcakes for Jude's class Christmas party. 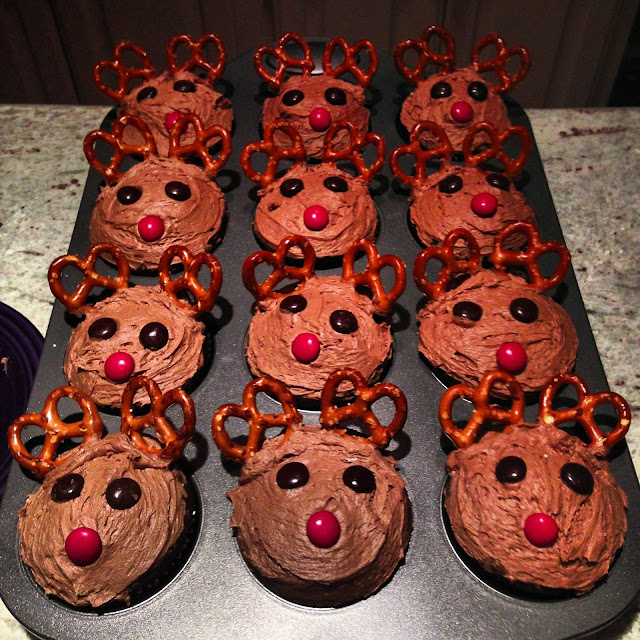 Poor Jude threw up suddenly and unexpectedly at his class party and didn't get to eat a single cupcake.  Thankfully, I was there and able to bring him home right away.   Unfortunately, that didn't stop stomach virus #2 from spreading to all three of his sisters...  just in time for Christmas. 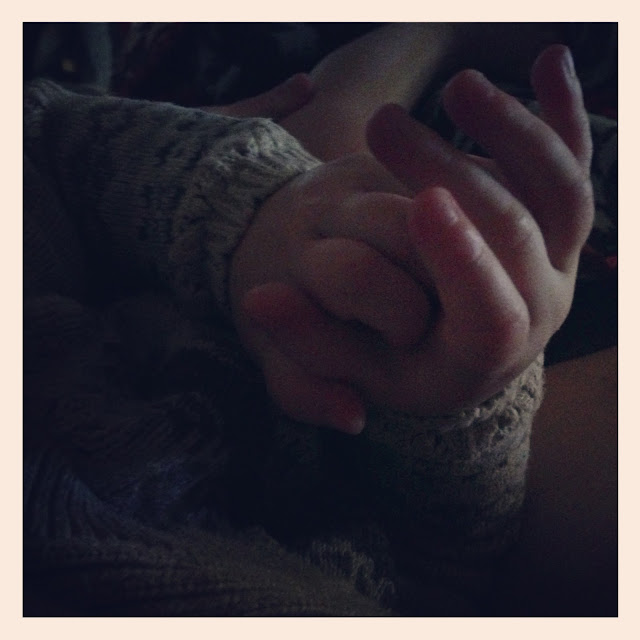 a sweet moment with a sick sleeping baby

Those moments away attending to sick children have only solidified Iris's mess-making skills, which are really quite stellar at this point. 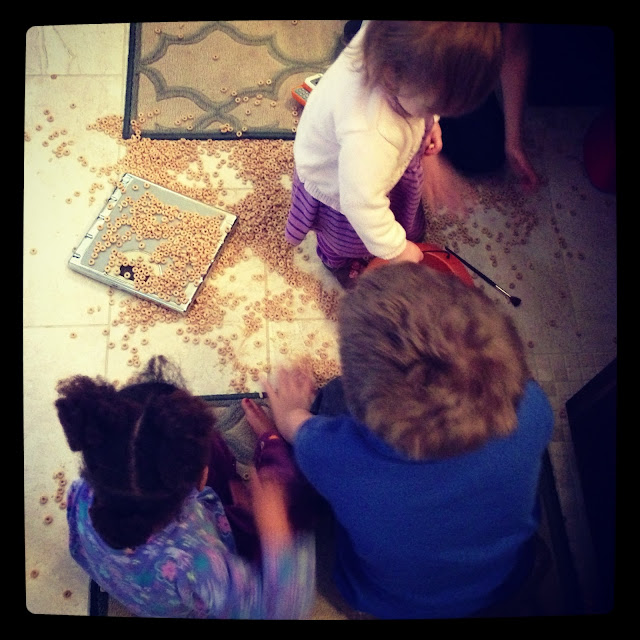 We made a family gingerbread house (a big improvement from this one, huh?). 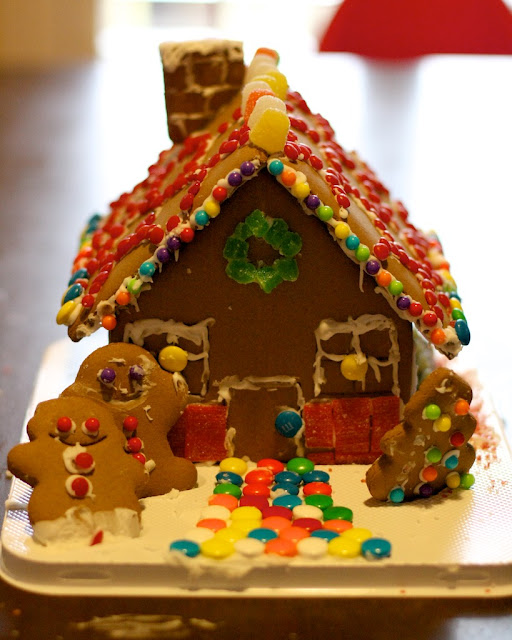 There was a mishap that involved formatting a memory card for the camera, which resulted in losing all of the pictures we took of gift opening.  It wasn't meant to be this year.

Dan did get this photo of my two "big" girls and me in front of the tree on Christmas Eve. 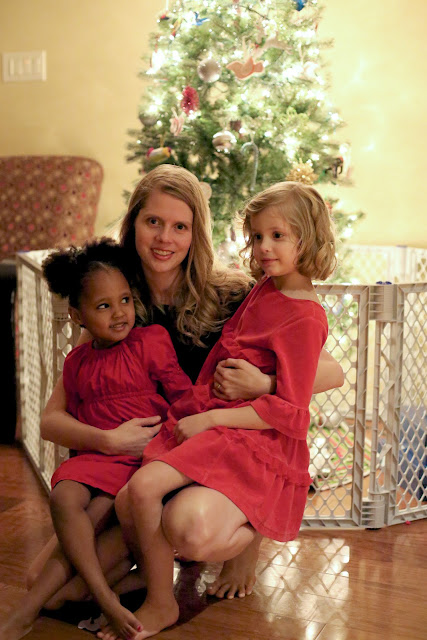 I'll be back next year (haha!) with some sewing posts.

Happy New Year!  We wish you a wonderful, fabulous and peaceful 2013!