It was three days before Christmas and I stood staring at the stack of Christmas fabric the kids had picked out - in July - for their Christmas pajamas.  Mama-made Christmas pajamas on Christmas Eve have become a tradition in our house.  I contemplated whether I wanted to get my sewing on and continue the tradition.  I was sick, a couple of the kids were sick, too.  But I knew if I didn't sew them before Christmas, they likely wouldn't get done at all.

The truth is I'm not all that into the Christmas season.  {Insert sad trombone, I know.}  I used to be.  I was utterly thrilled to get married the day after Christmas.  I'm not exactly sure what happened.  Maybe it was getting stranded at the airport several years in a row with little ones in tow until the wee hours of the night while traveling over Christmas.  Maybe it was the 9 months that Jude and Indigo listened to Christmas music on repeat until I finally put a ban on it, except during the month of December.  Maybe it's seeing Christmas decorations in stores shortly after Labor Day.  Somewhere along the way, I got burnt out on it.

I asked the kids if they really cared whether or not I made their Christmas pajamas for Christmas Eve.  They said they did.  I do love sewing, so they didn't have to twist my arm.   With Dan home from work, I was able to sew eight little pant legs rather quickly, using my trusty, well-loved Oliver + S Bedtime Story Pajamas pattern. 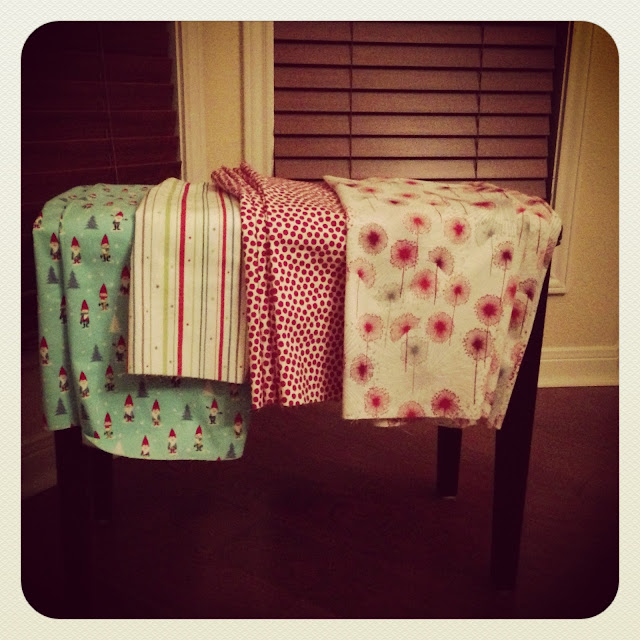 On Christmas Eve, the kids each had their own pair of Christmas pjs. 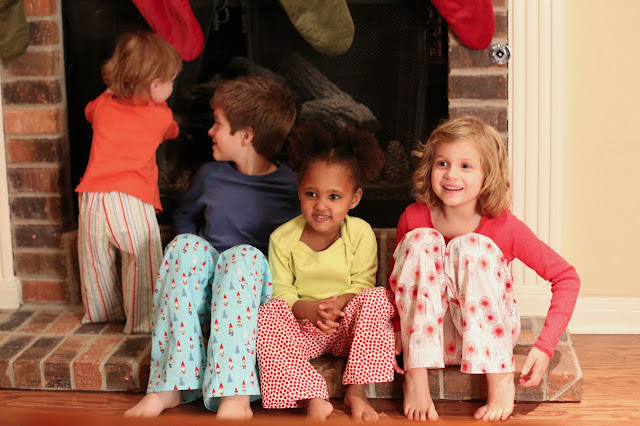 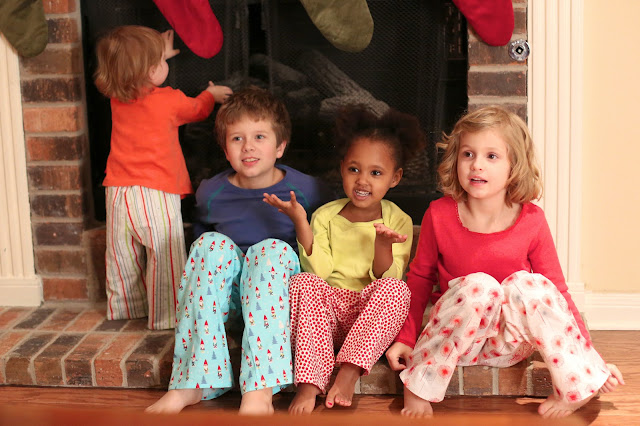 Since the pants came together seamlessly (ack - bad sewing pun!) I decided to sew a few diapers for Indigo's newborn, inspired by this - and Indigo's personal request for them.  I used the diaper her doll was wearing as a template, but the fabric was knit and super stretchy, so it took some tweaking to get it just right. 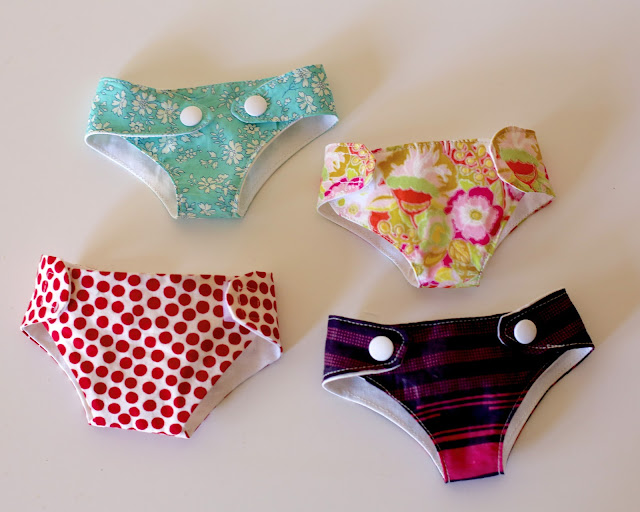 The snaps took a fair amount of tugging to unsnap, so I finished the last two in velcro, which I would say is preferable.  With the velcro, even 3 year old Evie can change baby's diapers. 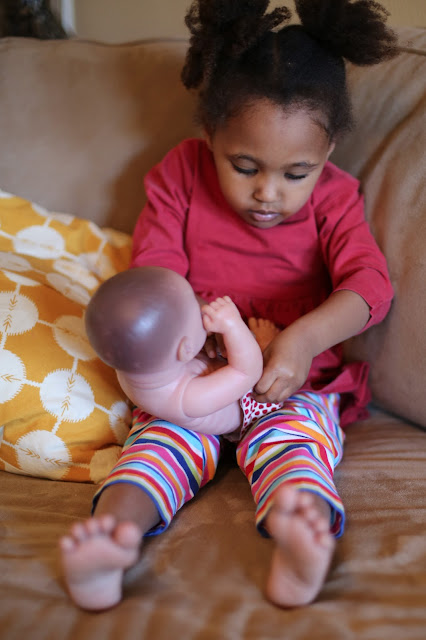 It was simple this year... but just enough in my book.