Presence over perfect.  I read that online somewhere and it quickly became my holiday season mantra. With a 2 year old who is eager to explore, a hands-on learner (ha!), as well as a climber par excellence, well, perfect went out the window a loooong time ago.  This year, an Iris-friendly-Christmas was in order!

Our Christmas tree ornaments all ended up on the top half of the tree.   Iris's not-so-gentle hands could not resist the allure of our not-so-childproof ornaments.  Nor could our dog, a retriever, who had a penchant for fetching the ball ornaments right off the tree.

We avoided putting up any enticing decorations that would encourage Iris to scale our shelves.  The nativity sets, glass village houses, and advent wreath all stayed in their boxes this year.  Even our beloved Advent calendar remained stowed away.  With Thanksgiving coming so late in the month of November, advent snuck up on me this year and I decided I wouldn't mention the advent calendar unless the kids asked for it.  They didn't.  I breathed a sigh of relief, at least this year.  :)

2013 was Christmas {streamlined}.  And while it was by no means epic in terms of bells and whistles, I'd say it was every bit as memorable as Christmases past.

This month, we hung lights. We drove around and looked at Christmas lights while drinking hot chocolate and listening to Christmas music.  We made cinnamon ornaments like the ones I remember hanging from my grandparents' mantle. We decorated a (pre-packaged) gingerbread house.  We played Monopoly and the Sneaky, Snacky Squirrel.  We had countless Bop It, Perplexus, and Candy Memory game competitions.  (For the record, I am the reigning family Bop It champion, but Jude and Indigo crush me every time in the Candy Matching Game.  Even Tia beat me once!)  We watched a few Christmas movies cozied together on the couch.  We read the Christmas story and sang Christmas carols while Jude and I took turns playing the piano.

It was simple.  It was beautiful.  It was exactly what we needed this year. 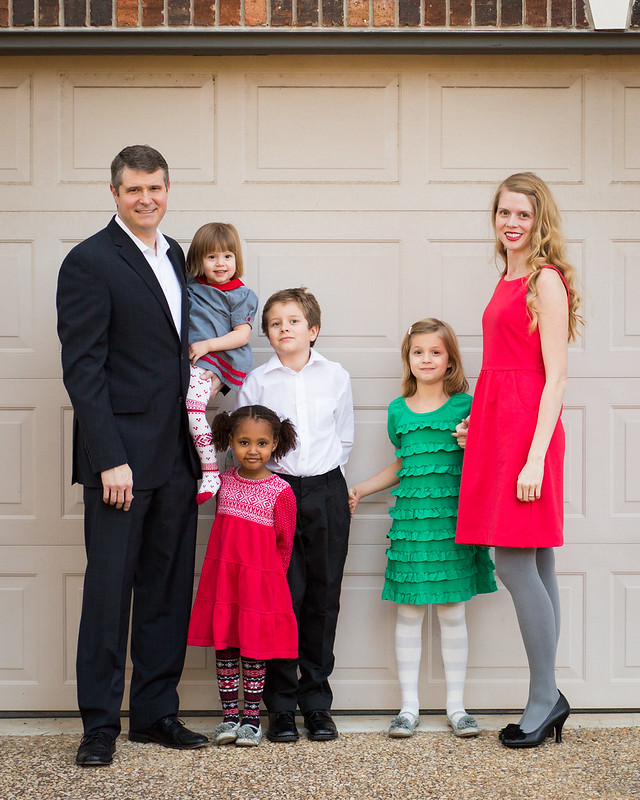 some attempts at getting a family photo on Christmas Eve

The day after Christmas, Dan and I celebrated our 10 year anniversary.  He's the yang to my yin, the peanut butter to my jelly.  He's a yes kind of guy.  He's the most interesting person I know.   Ten years and four kids later, I love him more every day.  I can't imagine doing life with anyone else.