I started sewing for Kids Clothes Week at 10:30 on Sunday night.  Though that was an hour and a half before it officially began, I figured it was nearly Kids Clothes Week on the east coast and hoped no one would hold it against me.  ;) 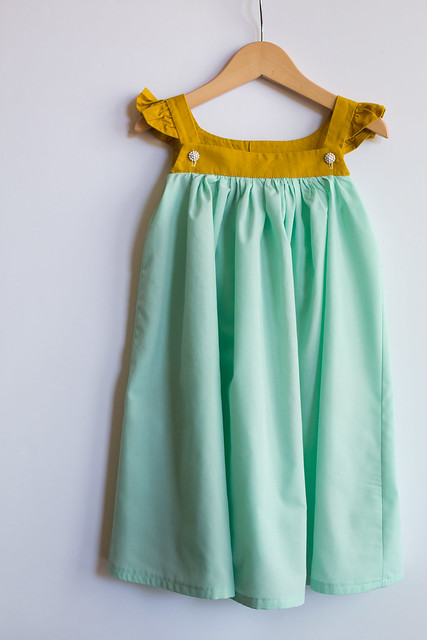 The truth is, yesterday was Tarikua's 5th birthday and I wanted to sew her birthday dress in time, without spending much of her birthday sewing.  We had far more important things to do, such as glazing breakfast pastries that we made the day before, meeting Dan for lunch at our favorite biker burrito place, and baking a cake together.  Sewing had to play second fiddle to all of that. 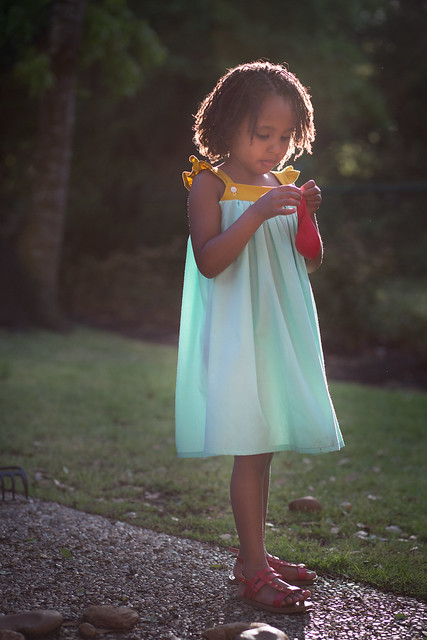 But I did promise her a birthday dress.  When Dan headed to bed at 11:30, I assured him I'd be right in.  An hour later he glanced at the clock when Iris stirred to snuggle in closer to him and noticed my side of the bed was still empty.  He told me he thought - Oh, Rach's in the groove... and then had visions of me sewing that resembled a clip out of Edward Scissorhands. 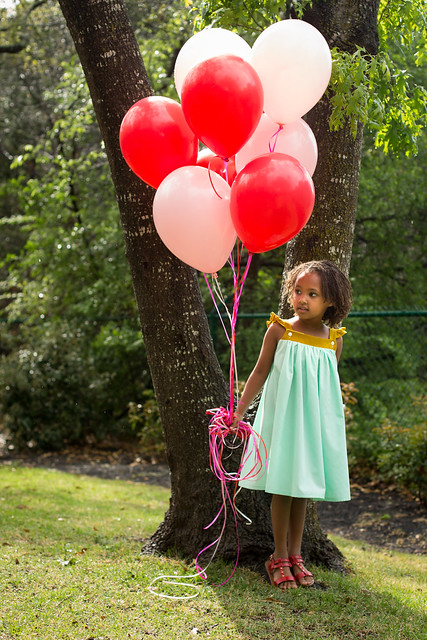 It wasn't exactly like that, but I will admit, it was rather thrilling to be sewing as the clock struck midnight and KCW officially commenced in my time zone. 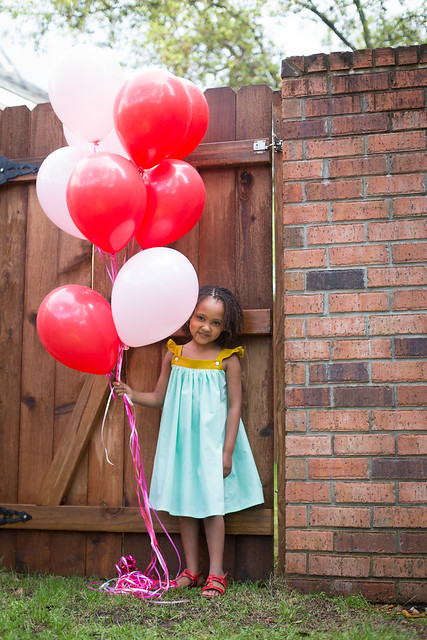 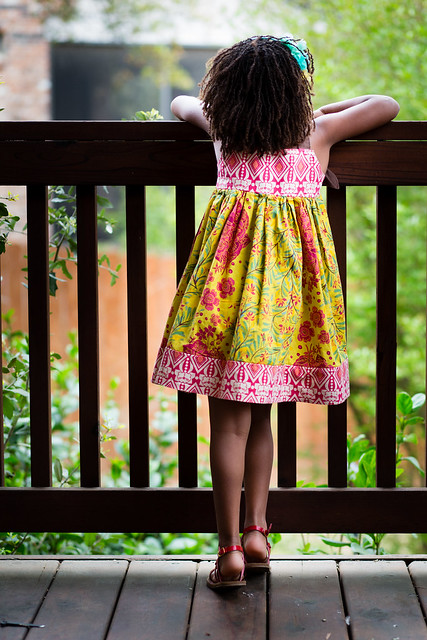 Working off of the two patterns I came up with this: a Sew Chic Kids Pinafore with a (much) more gathered skirt, a curved yoke, and less room in the underarm.  The pinafore pattern is probably ideal for layering, which gives it a roomier fit.  However, I knew Tia would wear it alone, so I wanted more coverage. 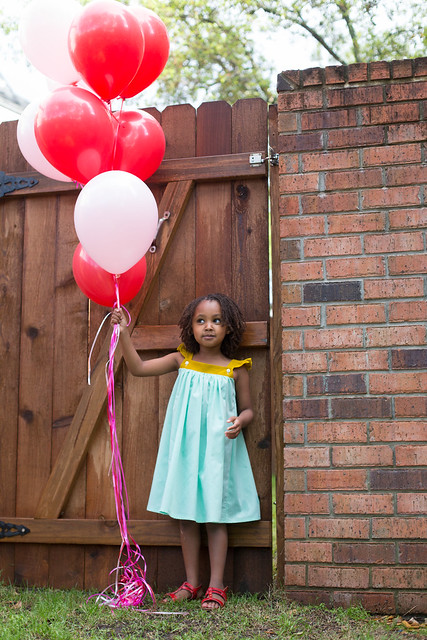 Tia actually picked this color combination for this dress as I was playing around with different options on the living room floor.  Yes, my heart beamed. 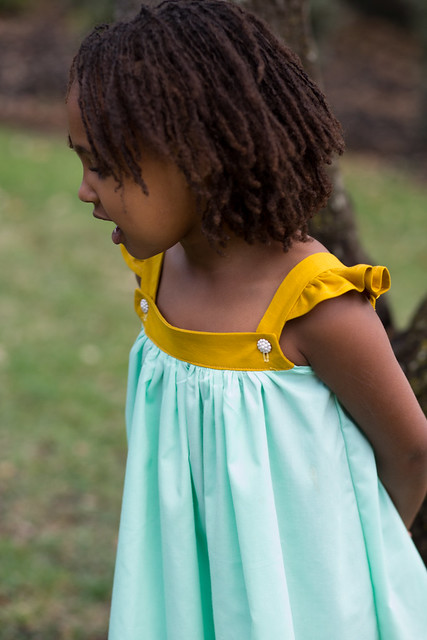 I had the hardest time deciding which buttons to use.  I must have texted Dan 6 or 7 photos of button choices, asking him to weigh in.  We were torn between these and some vintage floral ones.  In fact, the conversation went like this: 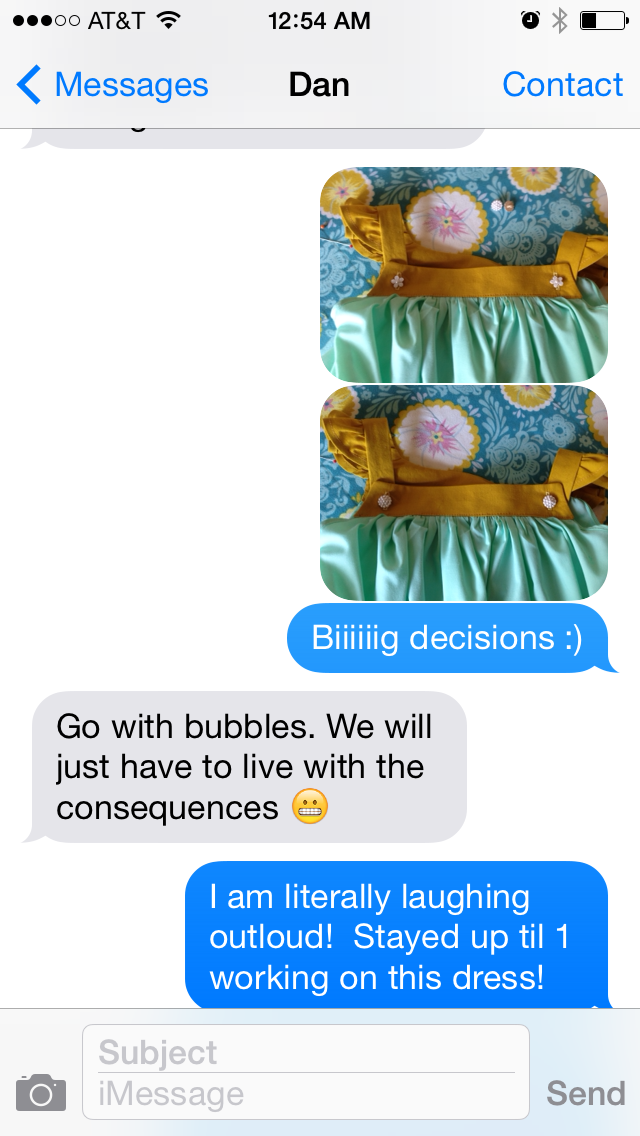 "We will just have to live with the consequences!"  Ha! 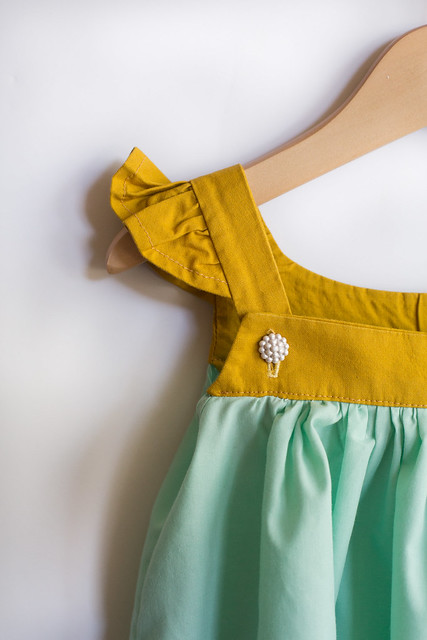 With her dress finished, the birthday girl and I had the best time baking her cake together. 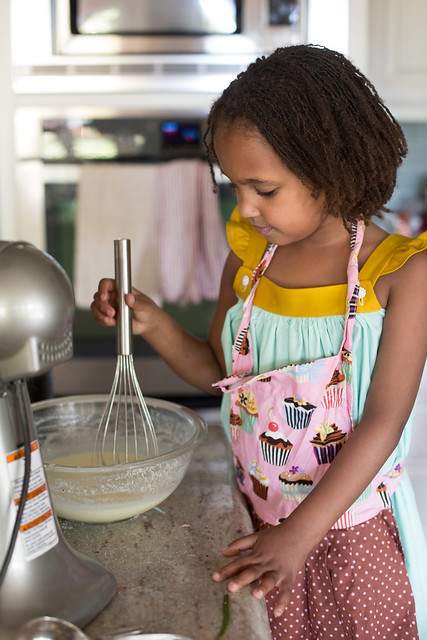 We made this chocolate cake recommended by Gail.  It was amazing.  We used this chocolate frosting.  I decorated the cake with gumballs, inspired by this pin (though hers were marzipan balls).   I also learned from reading the cake post that I was confusing the terms 'frosting' and 'icing'.   Whew!  Glad she set me straight on that one!  :) 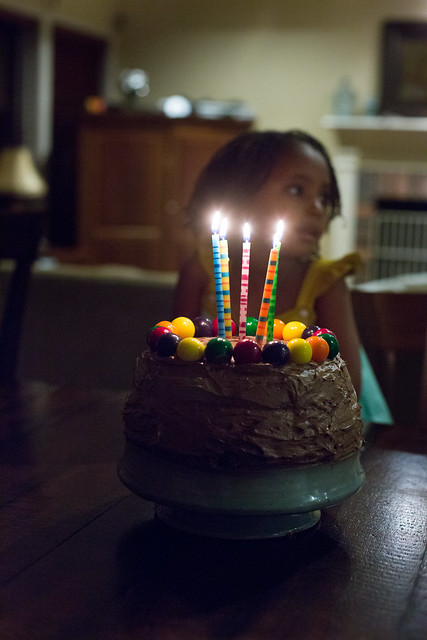 It was a lovely day with our birthday girl.  At five, she was completely thrilled with a day of homemade goodies, a big bunch of balloons, a few presents, and homemade cards and gifts from her older siblings.  Iris must have sang 'happy birthday' to her a dozen times.  It was simple, yes, which made her enthusiasm about it all the more beautiful. 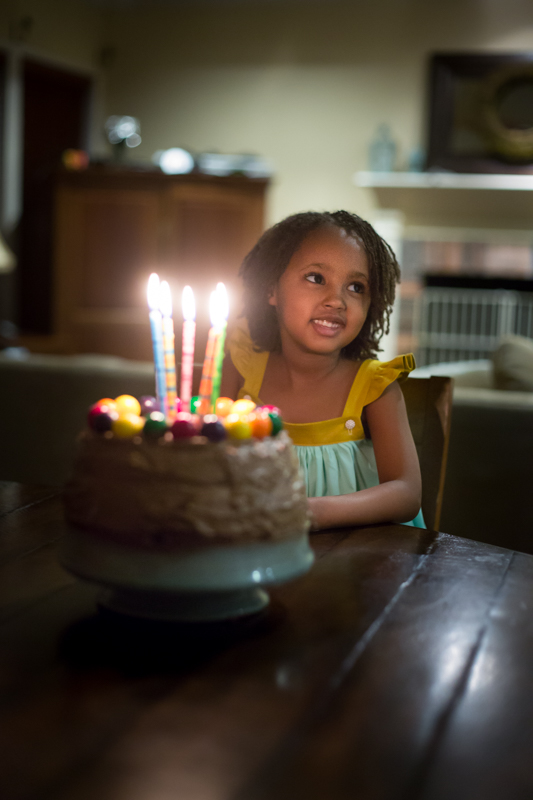 She's such a great kid! 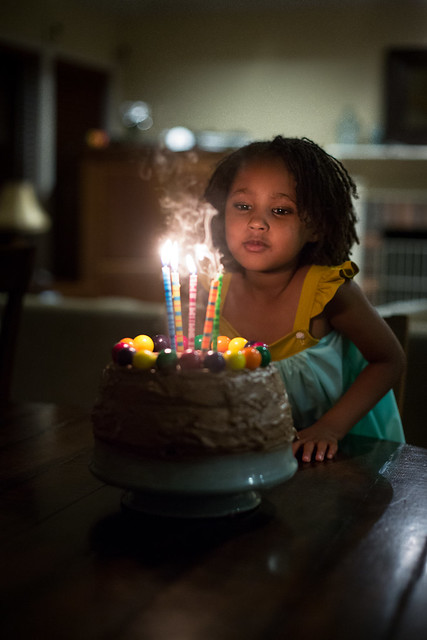