Yesterday I had the opportunity to meet a fellow sewing blogger.  While I hadn't previously met up with a sewing blogger, I have met quite a few different adoption bloggers.   The first time I met up with someone I had only known through blogging, I was a little nervous about it.  Would it be like an awkward blind date?  But it has never been awkward at all.  In fact, every single time it was like connecting with an old friend. 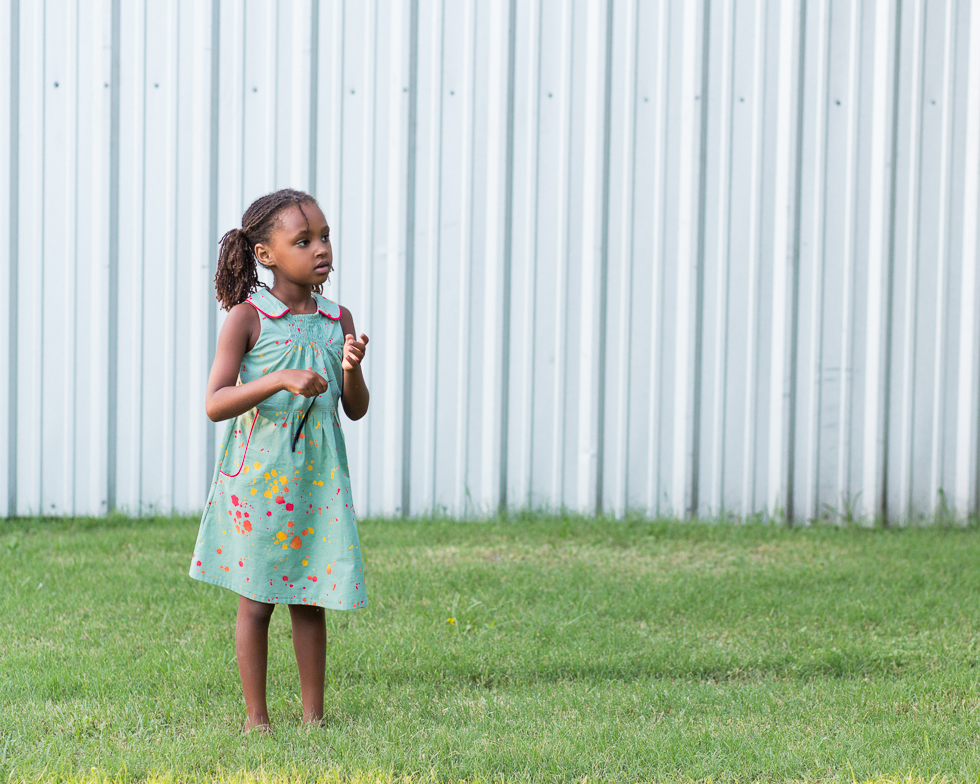 Of the bloggers I have met, they have always seemed like they do on their blogs.  I know some people say that blogging is a facade.  But there was actually a study conducted on this topic and it found that blogs give a pretty accurate portrayal of what people are like.  The study authors suggested this was largely due to the fact that blogging requires so many words, unlike other forms of social media.  So it gives a better picture of someone's true self.  Anecdotally, I can only say this has been my experience as well. 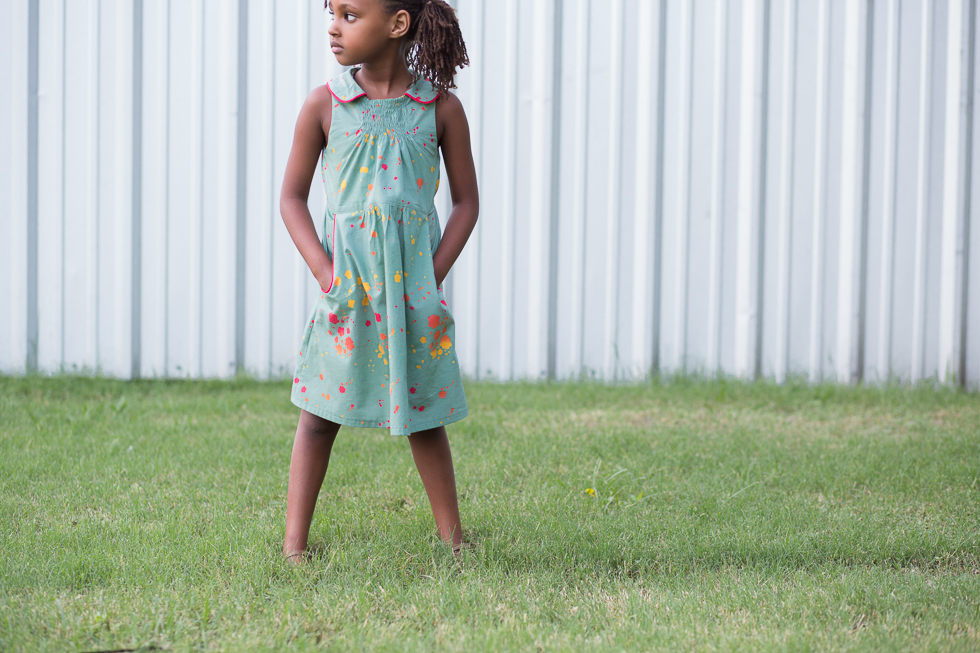 So I was excited and not at all nervous to meet Courtney from Sweeter Than Cupcakes while she was in town.  We had a great time chatting for two hours at the park while the kids played.  It's so awesome to talk with someone who is passionate about sewing like I am.   But we also had so many other things to talk about and really only talked about sewing part of the time.  Oh and I had to mention how impressed I was with the incredible watercolor-themed birthday party she threw for her daughter.  It was complete with watercolor invitations and even a watercolor party outfit.  It was all so original and unique... and totally amazing! 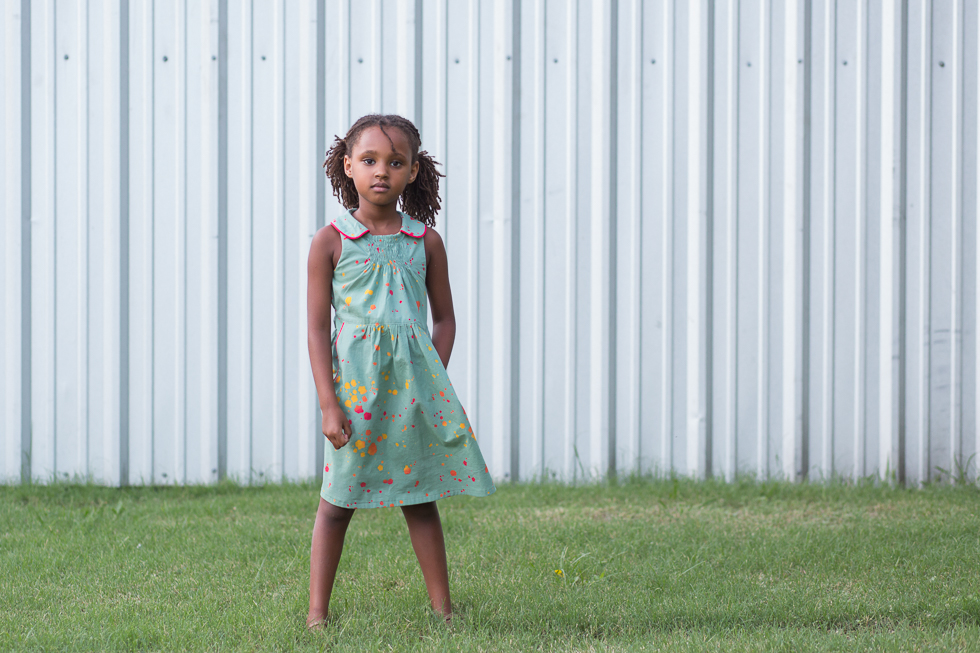 Courtney works for Modkid.  (As an aside - this Modkid Euro Hoodie dress might just be Iris' favorite garment of all time.)  So at one point, our conversation turned toward pattern companies.  One of the things we discussed was how many indie patterns are available now, especially compared to when we first started sewing. 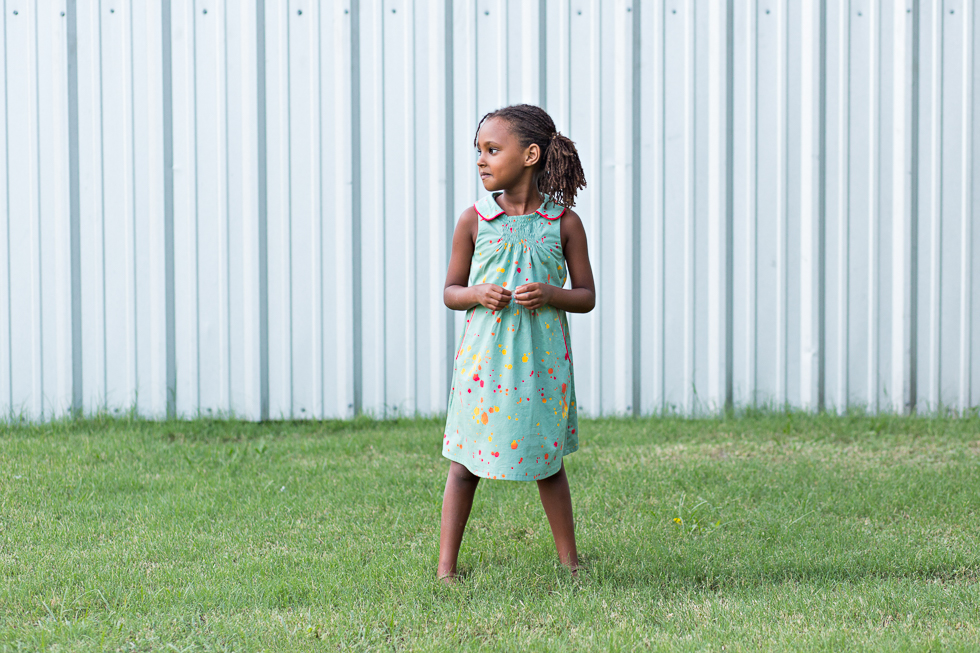 I was telling her how thankful I am for indie designers.  In the past, I would see the most beautiful garments on Pinterest and yet they were unattainable for me to sew and way out of my price range to purchase.  At that time, there just were not patterns available that looked like the clothing I saw and admired on Pinterest. 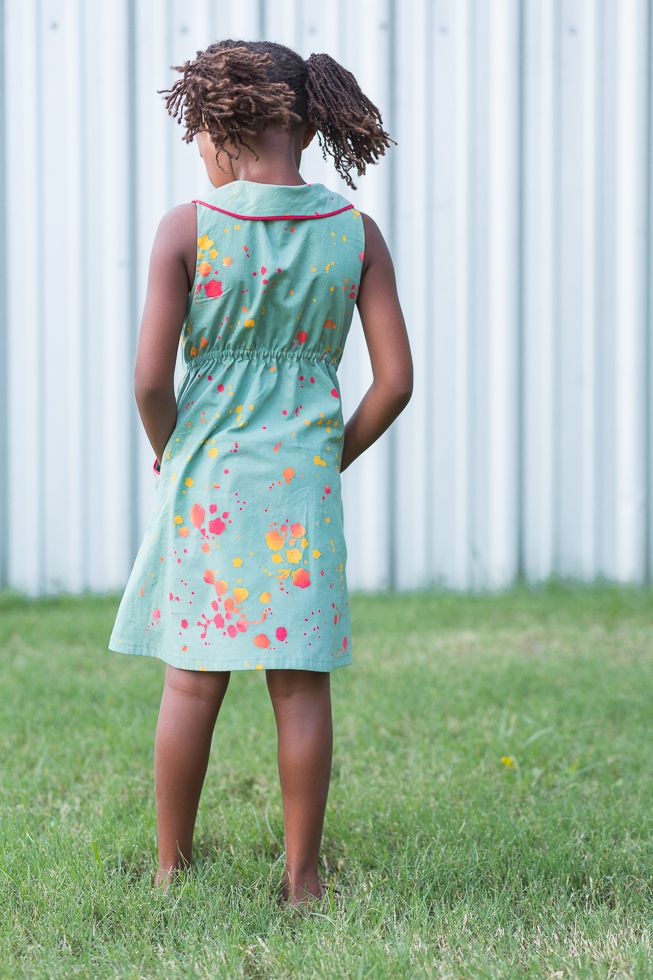 Things are so different now.  Sometimes I can't keep up with all of the new patterns coming out.  But patterns designers like Rae, An and Suz helped me find and define my personal sewing style.  And yeah, maybe that sounds a little melodramatic, but it's true. 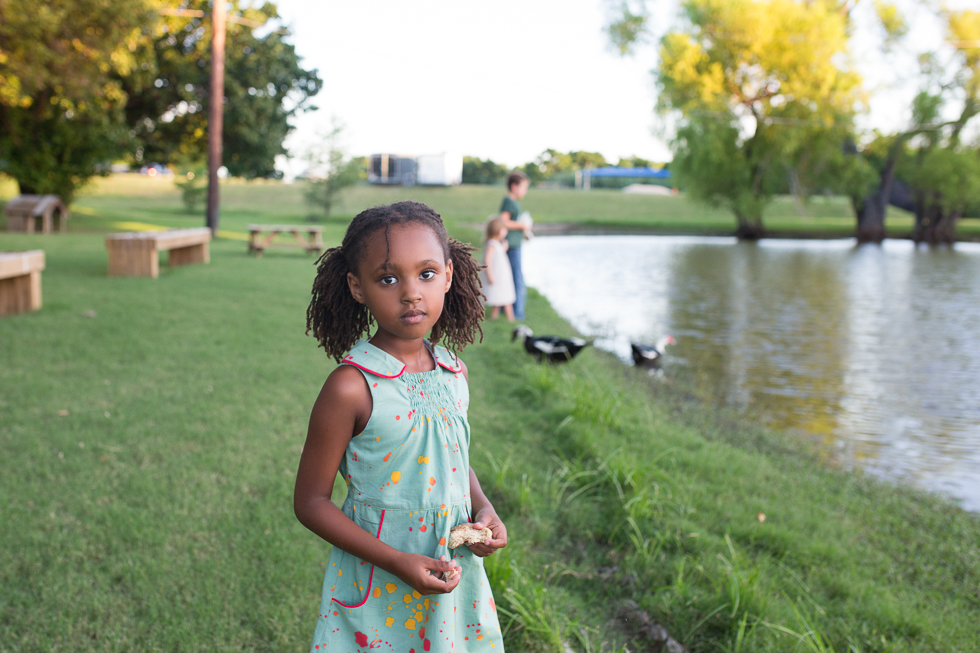 This dress is the Dear Prudence dress by Suz of SewPony Vintage.  Suz's tagline is Vintage Style * Modern Patterns.  I think that sums it up! 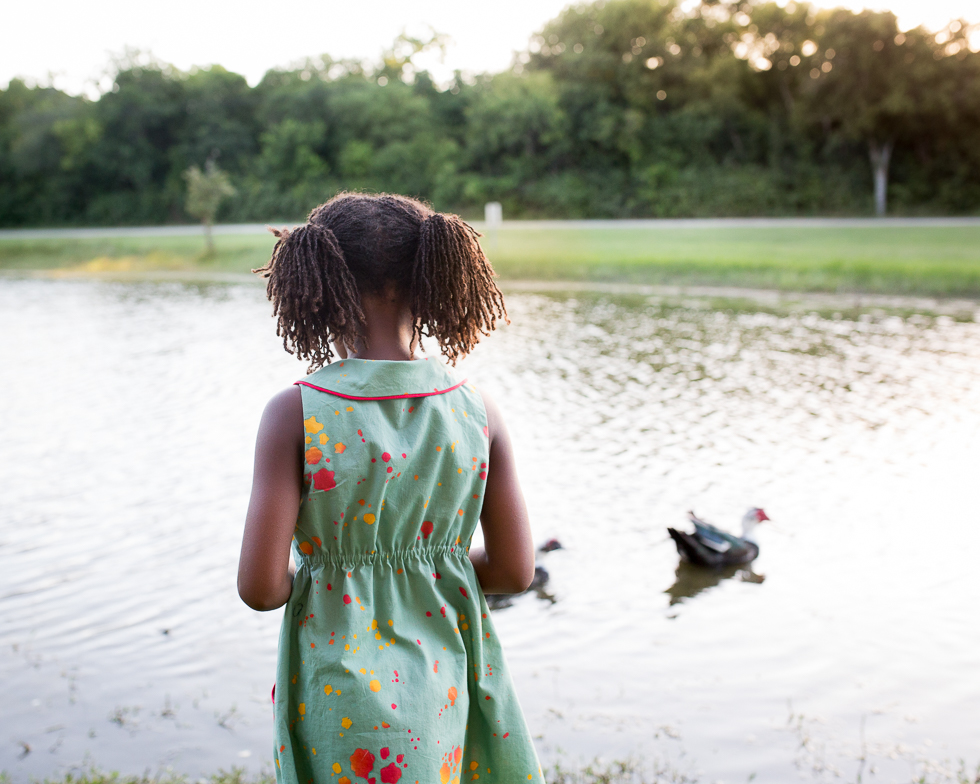 I had originally planned to sew this dress in a pink vintage print, but Dan suggested that might be a bit too sugary sweet.  So instead I was the last person on earth to try one of Alison Glass's fabrics from her line Handcrafted.  This one's called Bouquet in Duck Egg. 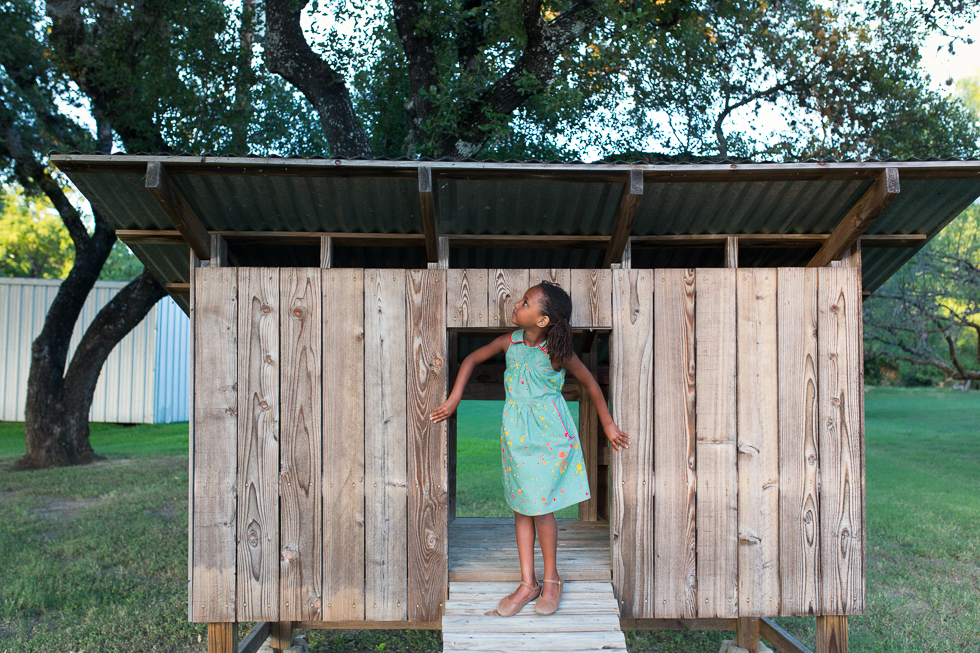 This dress has so many great details!   A shirred bodice, a piped collar, piped pockets, a gently gathered skirt, and a back gathered by elastic.  I love that there is no back closure allowing for easy on and off.  And whatever you do, don't fear the shirr.  It was as easy as changing out my bobbin thread. 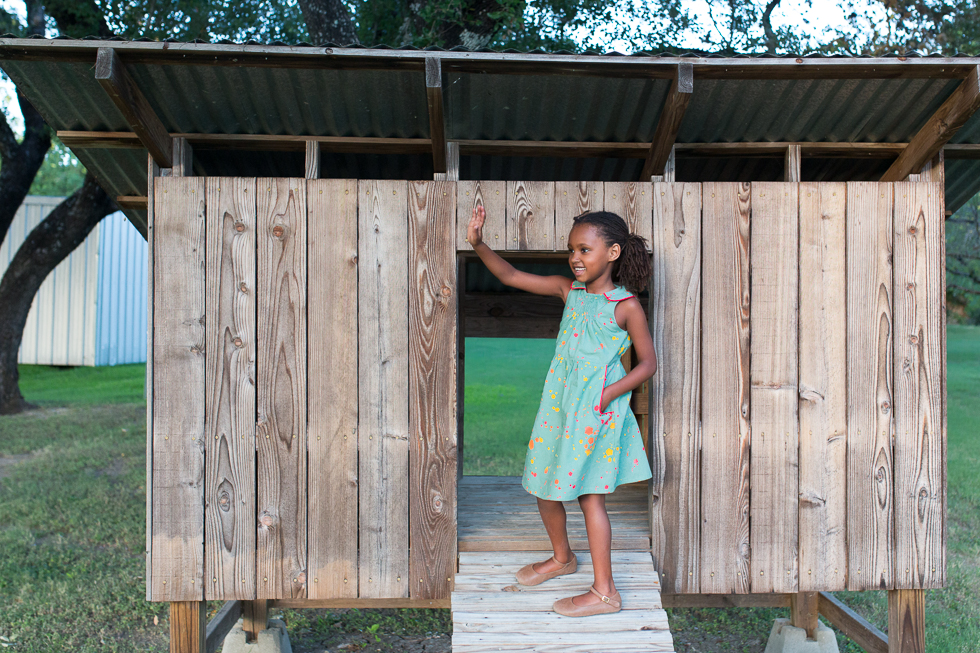 The pattern said that the pattern testers found that this pattern took 2 1/2 hours to sew.  To me, that seemed really, really fast.  So I timed it.  And for me, it took 3 1/2 hours.  I am not a slow sewer, but I am pretty particular, paying a lot of attention to the details.  I press at every step.   I also understitched the neckline and the arm scythes.  I sewed my collar in the way Mie describes here.  I cut it on the bias first and was really happy with how it laid. 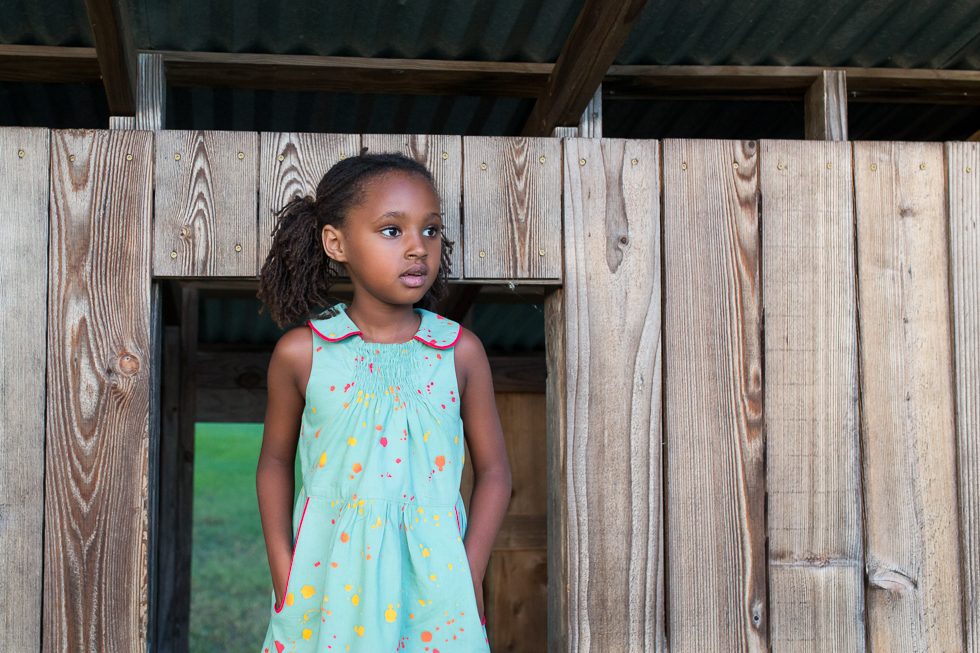 Still, I think 3 1/2 hours is pretty darn fast for a dress with this many details.  And it took me an hour and 10 minutes to make the piping, get it sewn on just right and then properly pressed.  Maybe some of the testers opted out of the piping, which would make it a faster sew. 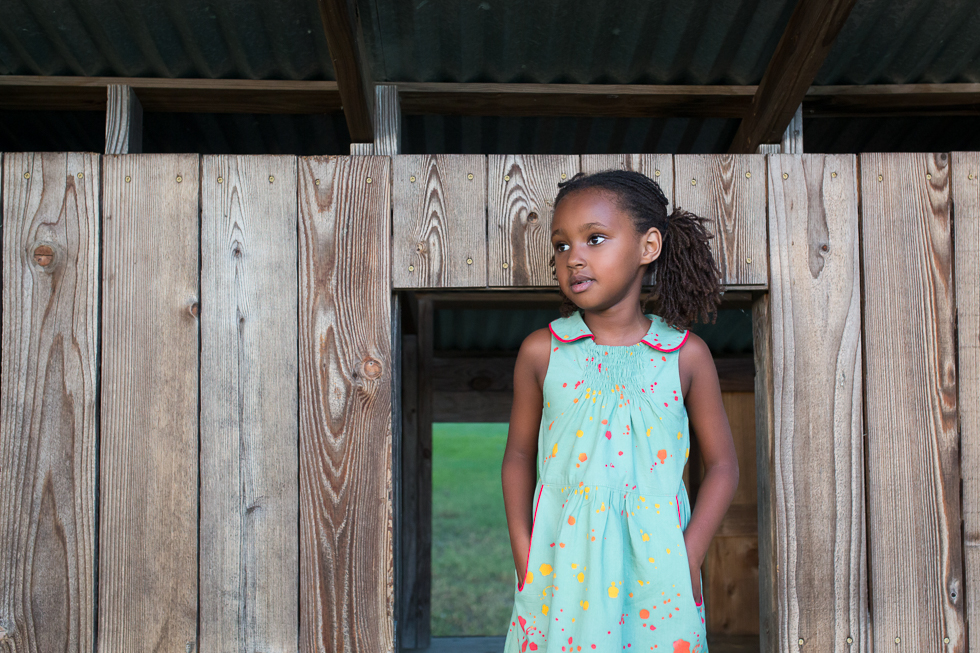 If only you could have seen Tia's face when she saw the pockets.  She talked about those pockets all day long.  The pockets!    I love seeing her light up like that.  She just glows. 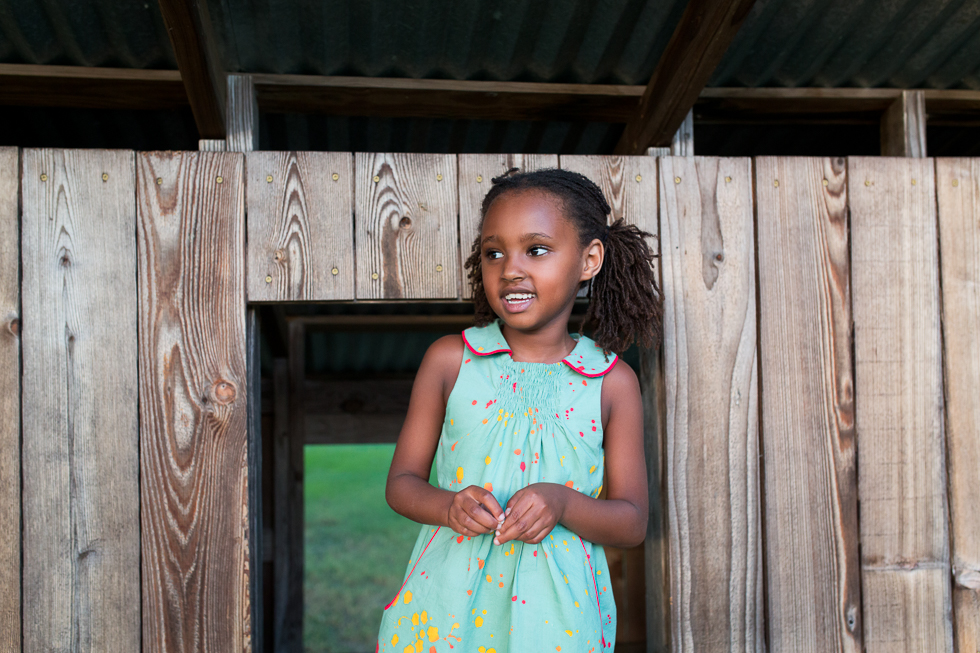 Today is the last day of Suz's Dear Prudence dress blog tour, which means it's the last day to get this pattern for 15% off.  Just use the code PRUDENCE15. 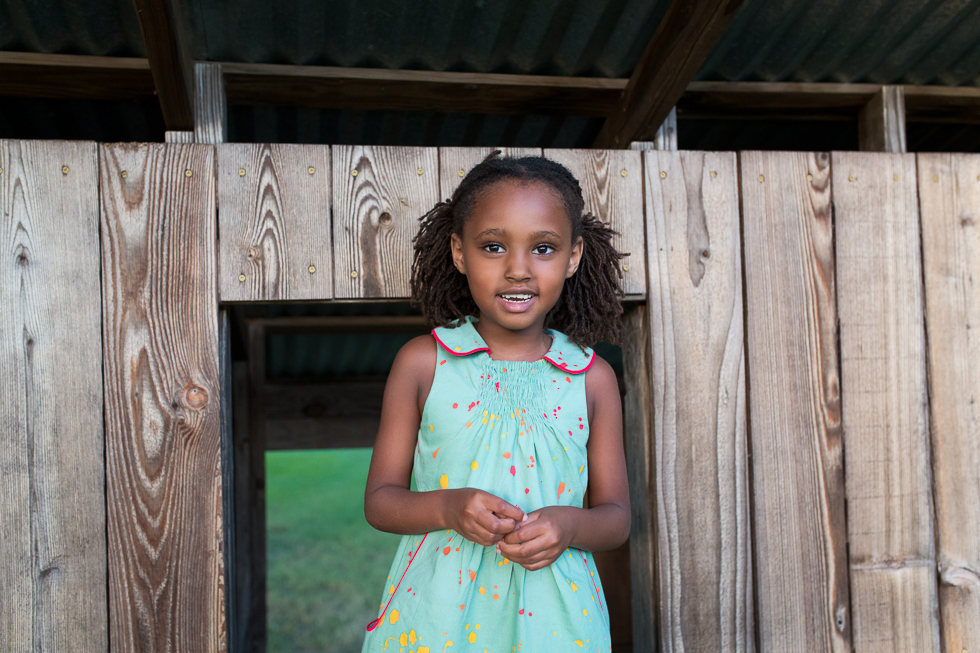 Thanks for the great pattern, Suz!  It was a joy to sew!  And Tia loves it just as much as I do.