A Geranium Dress for Hazel in Kokka Double Gauze

Hazel will be turning three next month - (!)  I know! Like her siblings before her, she's in a stage of being extremely opinionated about pretty much everything right now. We have Fiestaware dishes in a variety of colors, but she only wants the purple plate at every meal.  She will have a colossal meltdown in the car if we don't play her favorite song... on repeat. (And we won't.) She only wants to wear two dresses, this Geranium dress and this Caroline Party dress, both of which I made for Iris when she was Hazel's age. 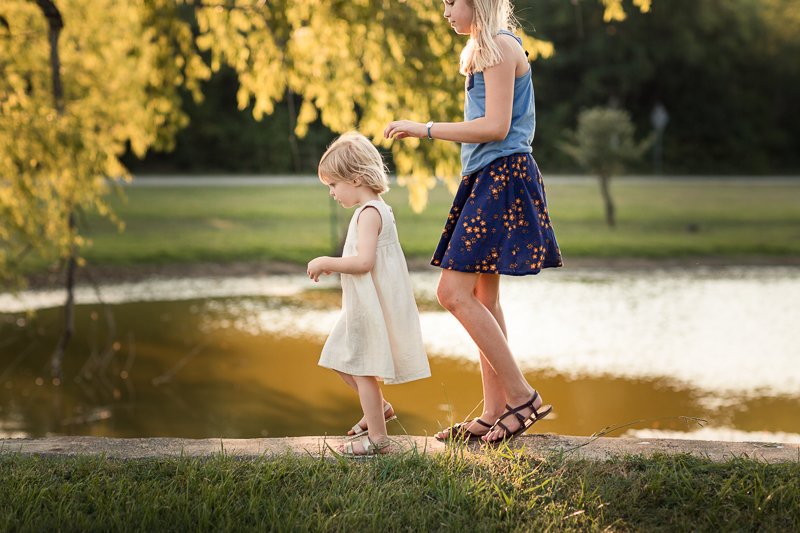 We try not to cater to all of her demands. And in time, she is learning to become more and more flexible. But one demand I am happily willing to oblige is her desire to wear the handmade clothes I've made. (Ok, that and the purple plate.) ;) Unfortunately, being she had only two favorite dresses, I'm just not that great at keeping up on laundry. 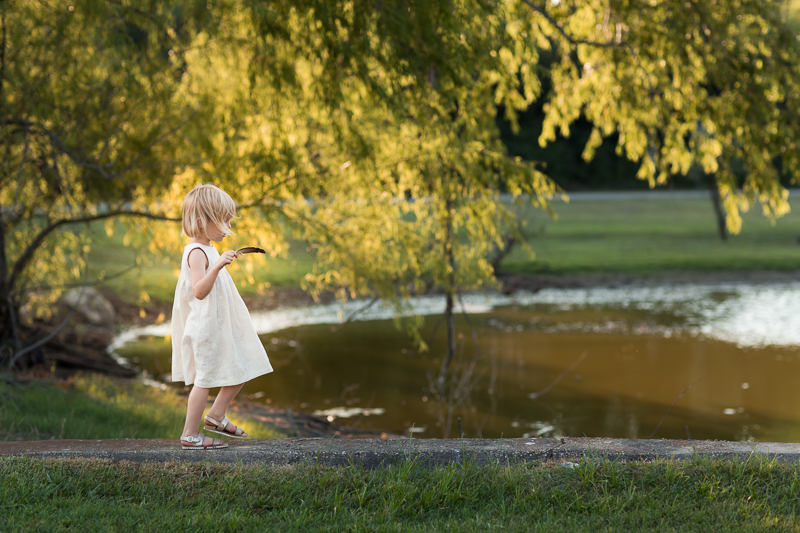 Being our fourth girl, Hazel has fewer clothes than one might expect. The clothes I made or purchased for Tia and definitely Indigo are faded and even threadbare by this point. Most were really not wearable anymore. That leaves her with the dresses I made for Iris. It was time to add a few more to her wardrobe. 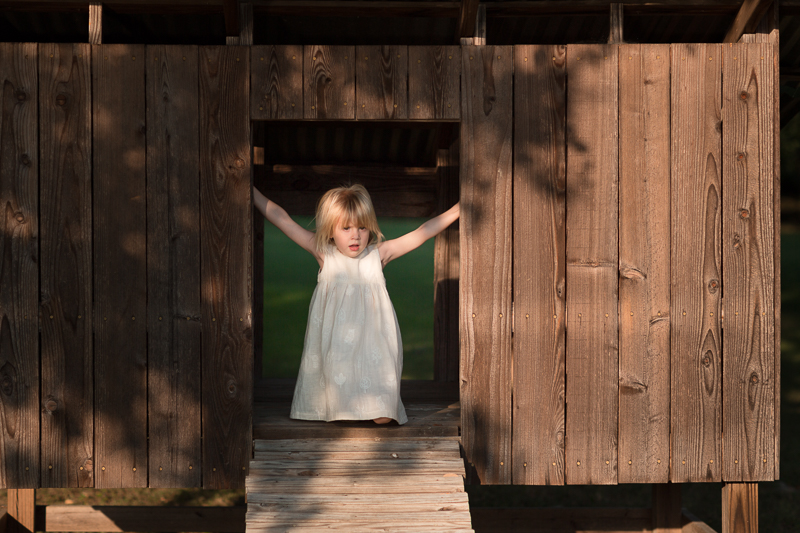 Since she loves the Geranium dress style, I decided to make her another, this time in an embroidered double gauze. It's hard to see the embroidery in these photos but it's beautiful in real life. It's a Kokka fabric with white embroidery on a cream double gauze. There are trees, flowers, and owls spaced throughout the fabric. I bought it at Miss Matatabi but I think it's sold out now. (You can see an image of what it looks like here.) 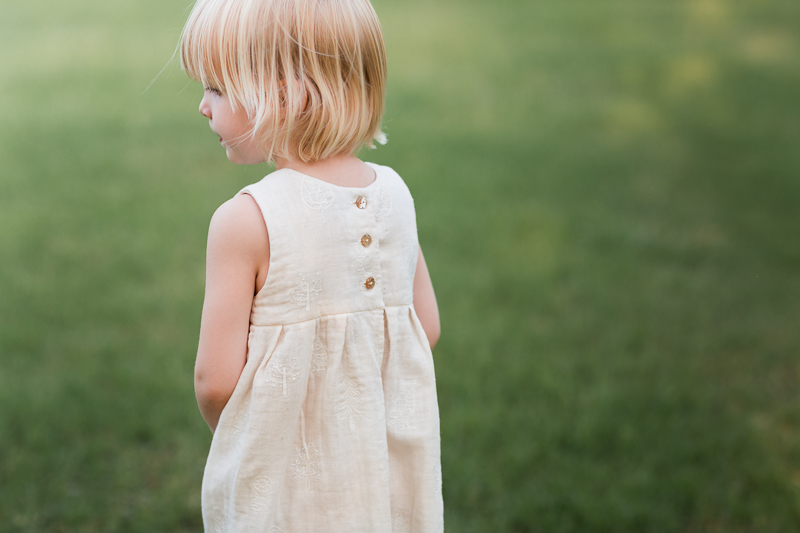 Hazel was hooked upon seeing the owls and now her "owl dress" is on her short list of the dresses she requests. 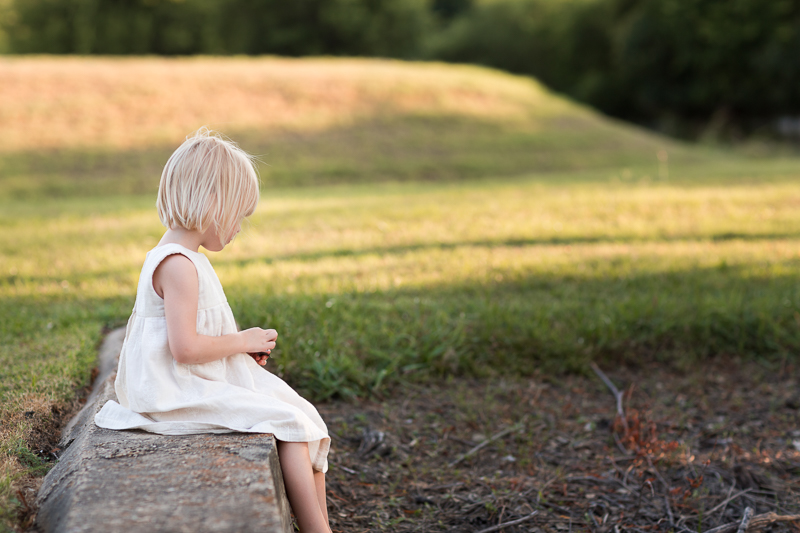 The Geranium dress is my very favorite girls pattern for this age. I think it's so classic and adorable. I left the pattern out on my sewing table because I am hoping to sew two more for her this summer. 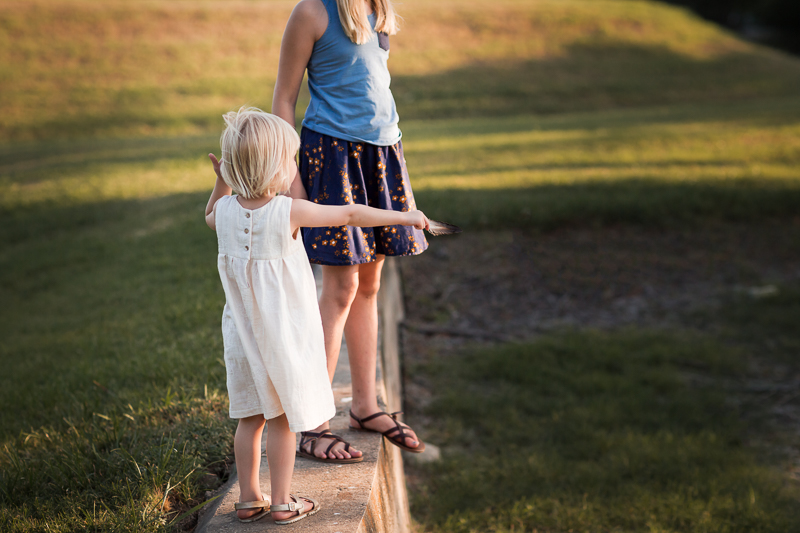 I chose the pleats this time, after I realized how much I love them in double gauze on this dress for Iris. 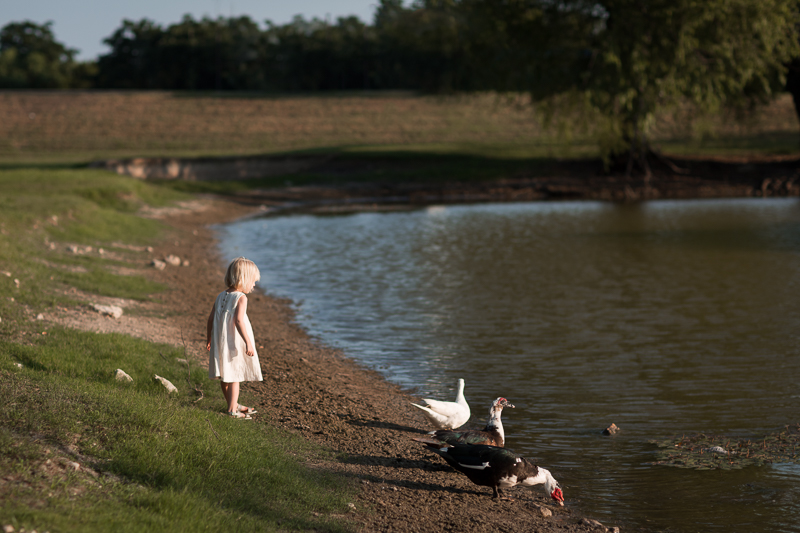 I had always envisioned pleats to look best in a more stable fabric. But that makes them look crisp and more formal, I think. Using pleats in a looser weave like double gauze gives a more casual feel. 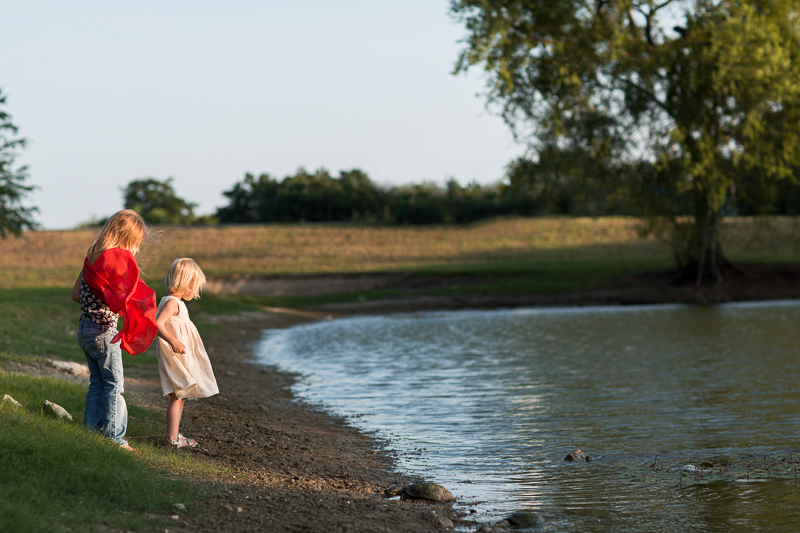 We went to a pond to feed some ducks, but it turned out the turtles (or turt-loes as Hazel calls them) were also eager to be fed.  It's been dry here, as it often is during our hot summer months, so the pond has largely receded leaving in its place so much mud. 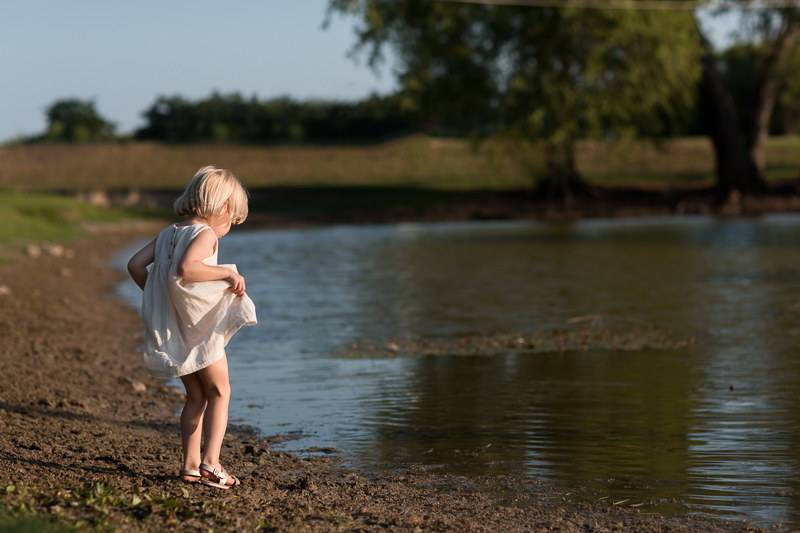 That did not, however, deter Hazel from getting in there and feeding her turt-loes. 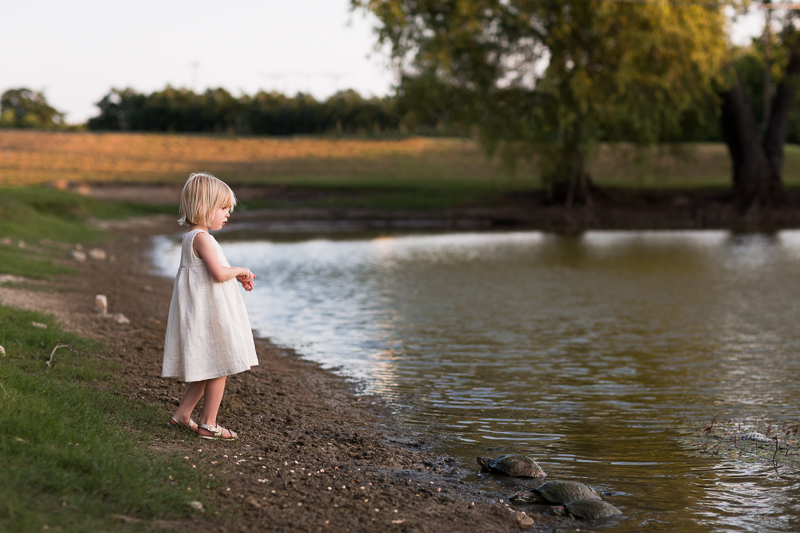