Last week, I received a package of knits and a few patterns that I had ordered from Sewzanne's Fabrics. [An aside: Sewzanne's has an amazing selection of knits, fold-over elastic, and a great variety of patterns, too!] One of things that arrived in the package was this: 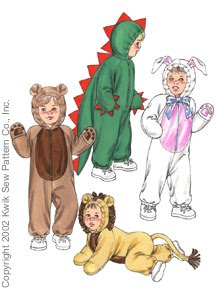 Kwik Sew 3099. I found in on sale for $6 and thought I could make the kids' Halloween costumes using this pattern.
The moment that Jude laid eyes on it, he knew he wanted to be the dinosaur. Except to him, it wasn't a dinosaur, it was a dragon. And no ordinary dragon at that. It was a fire-breathing dragon.
"Mommy, can you please, please make my costume? I really want to play 'Indi is the princess and I am the fire-breathing dragon'."
Well, I had to give him props for creativity. So on Friday the kids and I went to pick out the fabric. Jude wanted to be a green and purple dragon and Indigo wanted to be a black and grey cat (not pictured on the above pattern cover).
On Saturday, I spent the entire afternoon making this costume for Jude. I don't normally sew much during the day, but Dan was home and Jude wanted this costume so badly that he thought of many games to keep he and Indi entertained while I sewed. He would check in every 5 minutes, "Are you done yet?!" I ran into some trouble with the sleeves and actually had to run out and get some more fabric because I botched them so badly. We were having company that evening and Jude really wanted to wear his costume for our friends. I finally finished it. 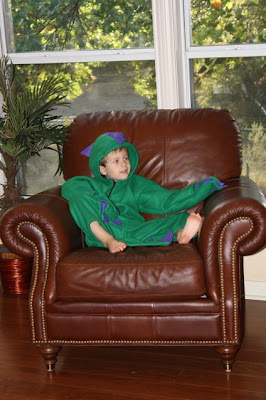 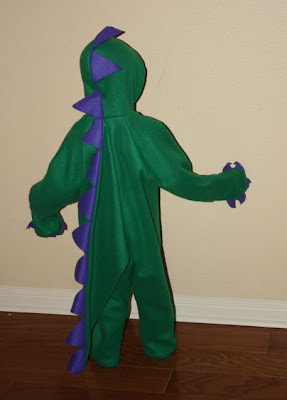 Jude said, "Do you think our friends will think that I am a real fire-breathing dragon?"
Of course, then Indi wanted her kitty costume. Thankfully, I knew it would sew up much more quickly since I had already made one and knew what I was doing. 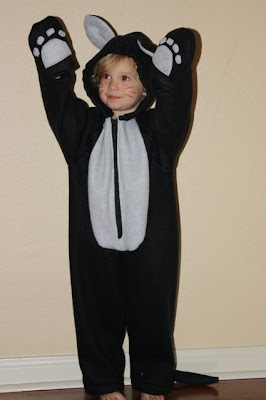 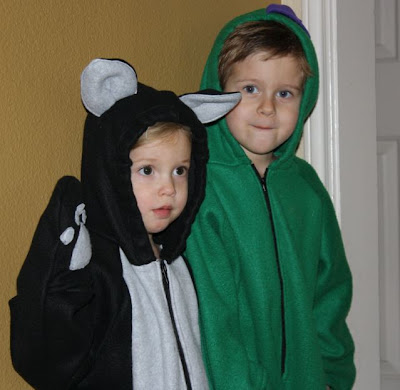 Every photo session has to end with the kids making silly faces. 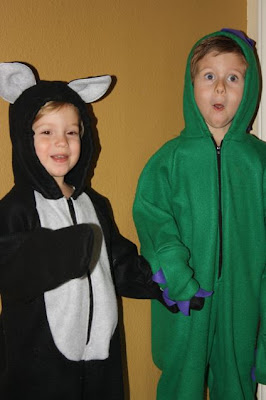 On the Little Dresses for Africa front, my friend Dell donated not only pillowcases, but an entire set of queen-sized bedding for the project. So pretty! 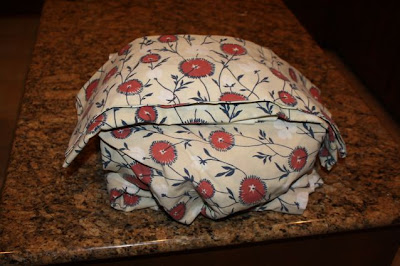 So far, I have 4 or 5 women who sew who are interested in coming to the pillowcase dress party. I am thinking we'll do it in September.