I just spent the last day and a half in Labor and Delivery...

But this baby is still tucked inside of me.

Just hours after Dan wrote this post about an eventful 24 hours around here, I came down with the stomach flu that Jude had.  Since Jude had only thrown up once, I was hopeful that this would be a short-lived virus.  Not so.  I could not keep anything down and after a couple of hours of that, I started having contractions.  They were coming every two minutes. Knowing that dehydration can cause contractions we headed to the hospital in the middle of the night.  (Don't these things always happen in the middle of the night?)

When we got there, the nurses immediately started monitoring the baby.  I was still vomiting and the baby was tachycardic.  At one point, even after a bag of IV fluids, her heart rate was staying in the 210s.  They told me to get settled in, saying they needed to observe the baby for at least another 24 hours and get my symptoms under control. 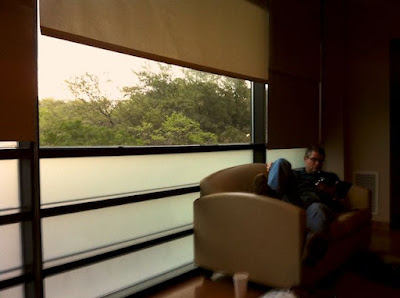 Indeed, achieving both did take another day.  As we were driving home, I found myself feeling thankful for so much.  Thankful that we live in a part of the world where this kind of treatment is available.  Thankful that the baby is considered full term, so had I gone into labor, she would have been fine.  Thankful for my midwives who advocated for me each step of the way.  Thankful for the babysitter that came at 3 am so we could go to the hospital.  Thankful for our other babysitter who stayed all day so Dan could be with me.  Even though I was mostly sleeping, his presence meant so much. 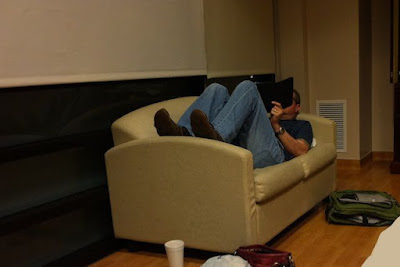 And very thankful that our baby's heartbeat regulated and we were able to come home.  Home for our final weeks of our two hearts beating inside this one body of mine.

It's good to be home.