I was home with my three girls this morning.  It was cold and rainy and we were feeling a little cooped up.   I'd had a restless night with Iris and was feeling that, too.  Indigo even informed me that I likely needed a cup of coffee. I did. One of the girls discovered a box of mustaches I had ordered for Jude's dress-up-in-character-like-Orville-Wright presentation next week.  I thought I had ordered a three pack when, in fact, I had ordered twelve three packs - for a grand total of $6.  It also happens to be teacher appreciation week.  A few mustaches, a camera and some cardstock and we ended up with this - 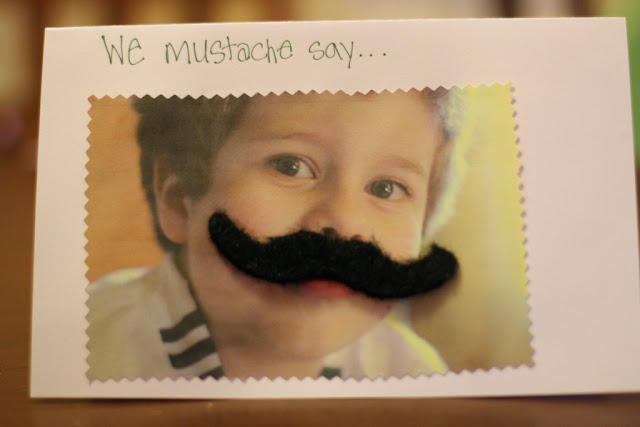 A self-adhering mustache on a photo of Jude 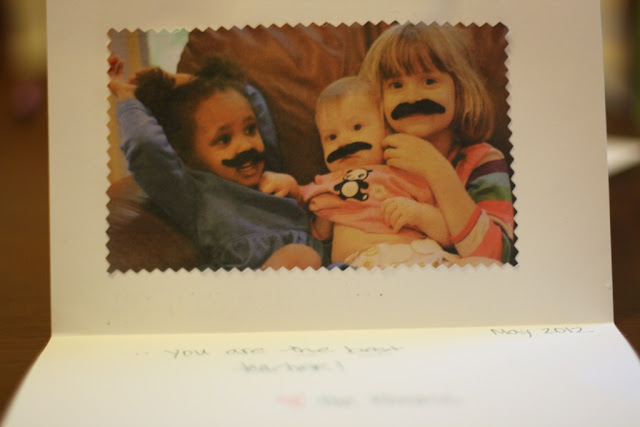 the real deal on the girls

We mustache say... you are the best teacher!

Maybe it was the caffeine on top of sleep deprivation but I could not stop laughing.  Could not stop.  Indigo and Evie found it hilarious, too.  And the laughter perpetuated itself- like laughter often does.  Iris?  Well, she wasn't exactly amused.  But she tolerated it... which I think only made the card funnier.