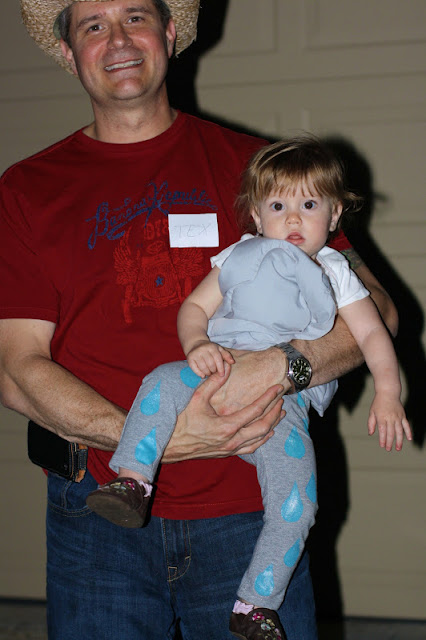 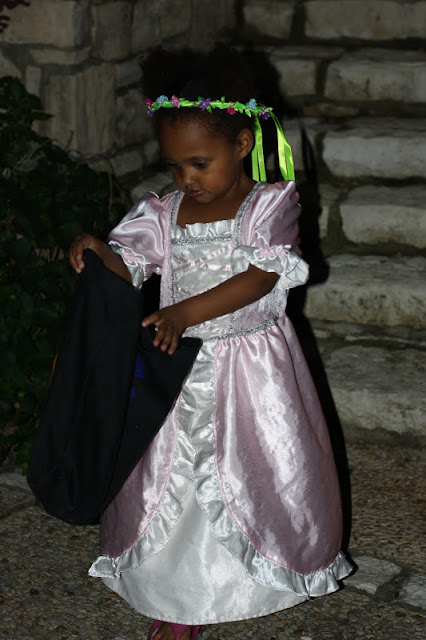 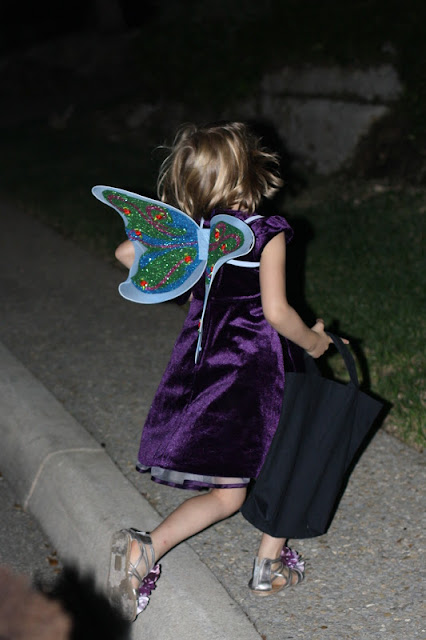 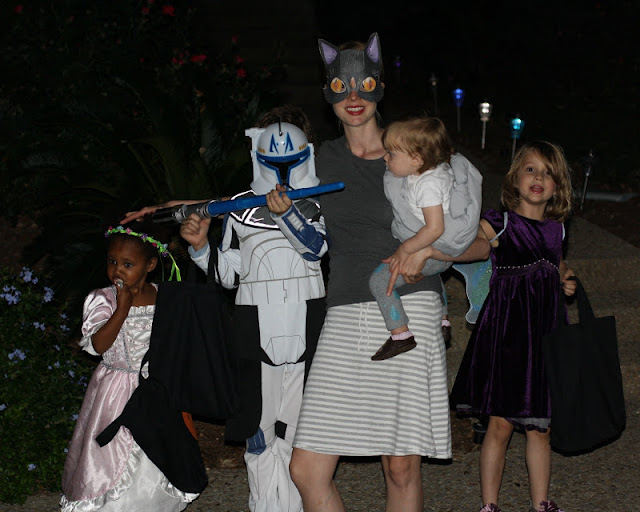 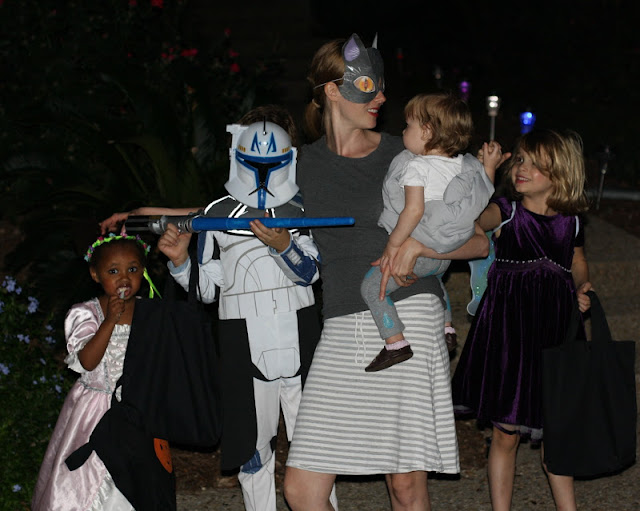 This year, I got away with making only one costume - this rain cloud costume for Iris.  I'm not a huge fan of sewing costumes... unless they'll be worn a lot like these were.  Otherwise, all that work for one night?  Nope.  I'm not so crazy about that.

To clinch the slacker-costume-maker-of-the-year award, Jude and Indigo helped me make Iris's costume.

They fabric painted the raindrops, ombre-style.  And mixed the fabric paint to get a blue that was just right. 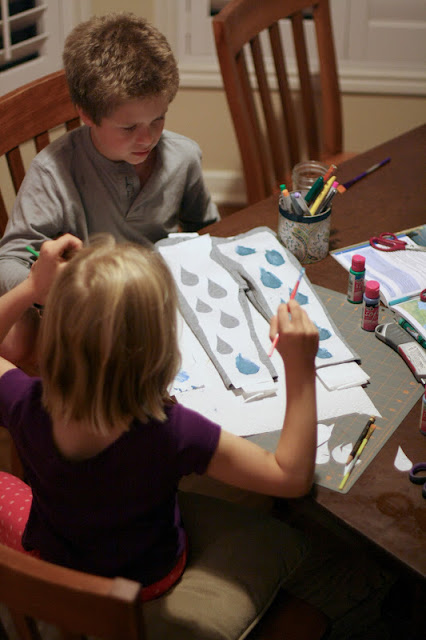 A few days later, they stuffed the grey rainclouds with fiberfill.  In the tutorial, the rain clouds were white, but Jude and Indi insisted Iris's be grey.  You know, to be more "realistic".  Then a discussion ensued as to whether a baby dressed as a rain cloud could technically ever be called realistic. 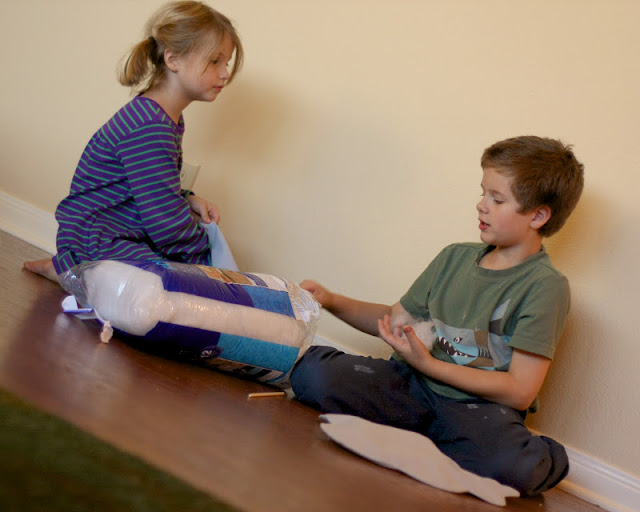 As we pulled into our neighborhood after purchasing the aforementioned grey fabric, we spotted four coyotes.  Jude decided to start tracking our coyote sightings. 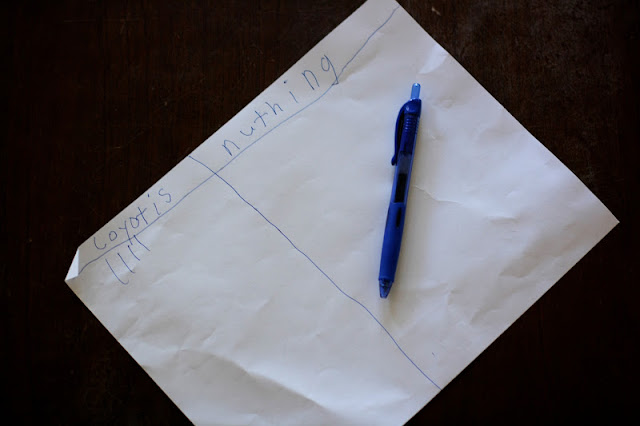 When they first offered to "help," I sort of reluctantly agreed while feeling just a little bit entitled to some crafting time alone.  But I soon realized it actually was help this time, which means these kids are growing up.  And we had so much fun making the costume together.  It was another great reminder that some of the best, most magical moments with my kids happen when I allow the moments to unfold as they are, rather than as I expect them to be. 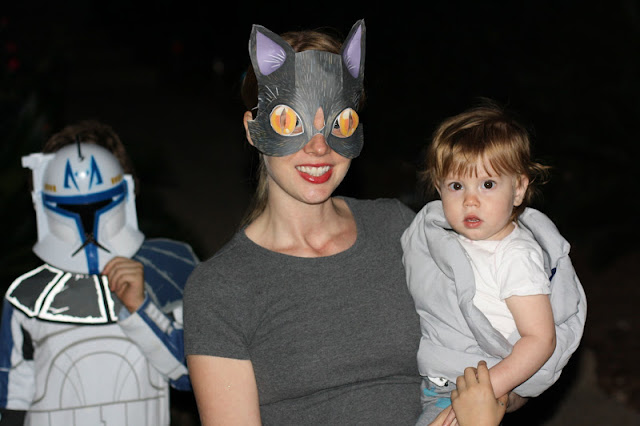 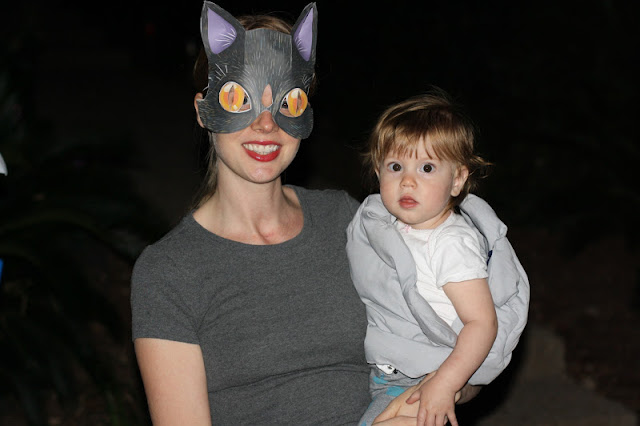 {I found my last minute mask here via How about Orange.}