And then we went on vacation

I'll never forget the first time I went on a vacation with kids.  Or more accurately, one kid.  I was a brand new mom and baby Jude was only 6 weeks old.  It was March and Dan and I wanted to escape the long Wisconsin winter and head south to Arizona to soak up some sun and introduce my grandparents who spent the winters there to our new bundle of joy. 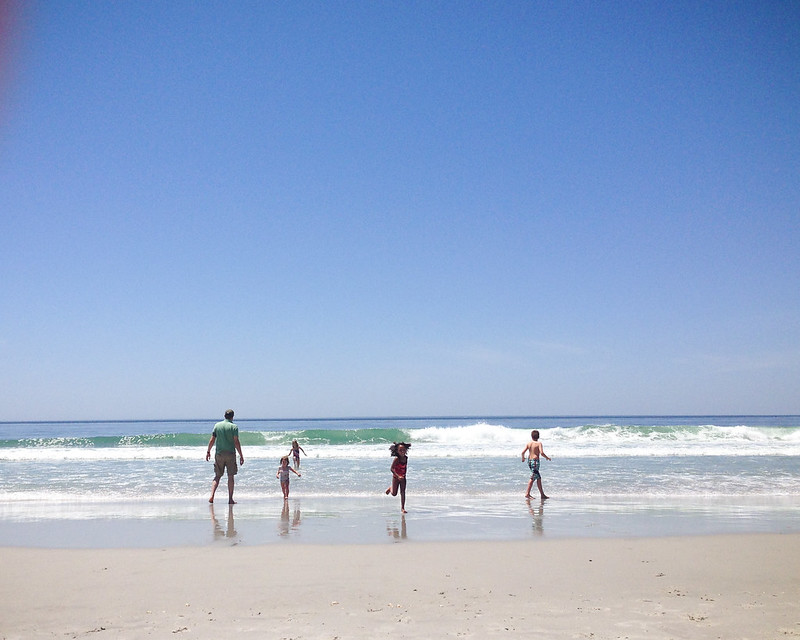 I'm not sure what I was expecting exactly.  I'll be the first to admit that my expectations as a first-time parent were way off in general .  But, roughly, I expected - a vacation.  And I vividly and distinctly remember having the somewhat startling realization that vacation as a parent is actually not really a vacation at all, but more like same job-different scenery.  (Not exactly like this Onion article, but similar.) ;) 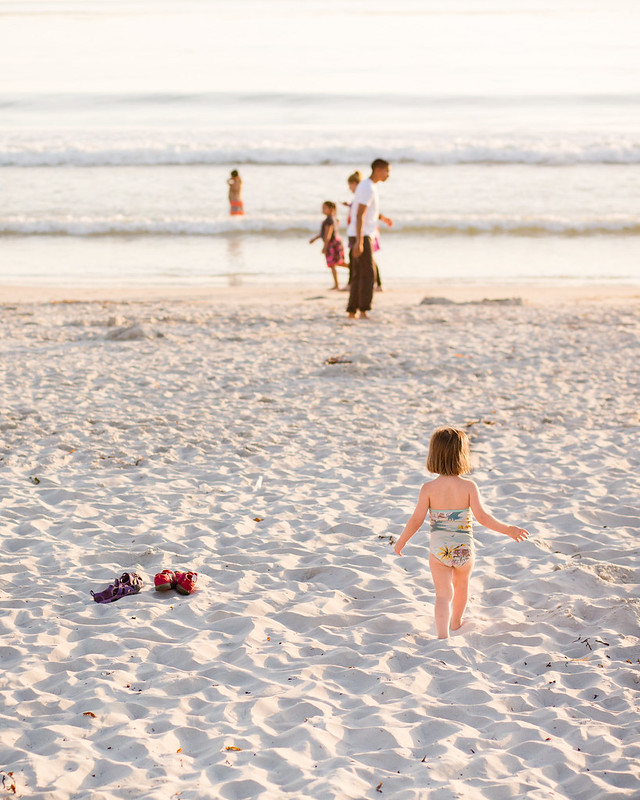 Not ones to be easily discouraged, Dan and I tried a couple of vacations when Jude and Indigo were young, but found them to be more exhausting than our daily routine.  So, outside of traveling to see our extended family, we haven't taken a family vacation since before we adopted Tarikua. 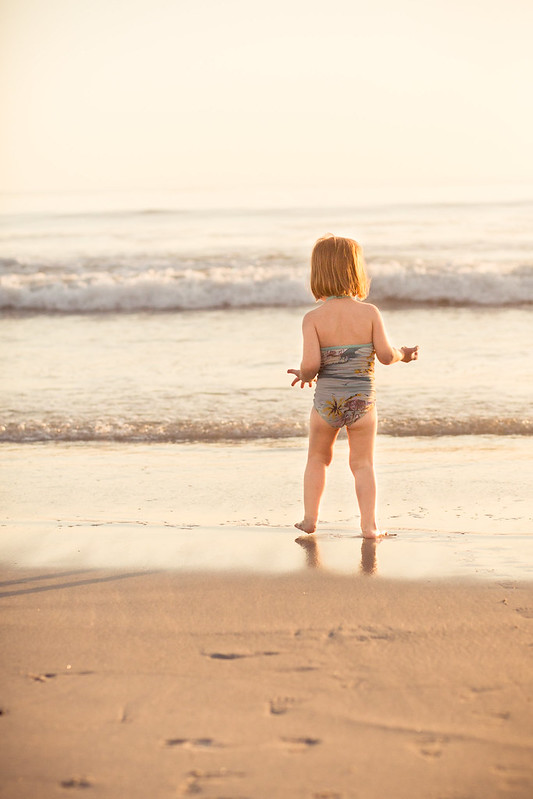 Now that Jude and Indigo are 9 and 7 and old enough to remember vacations, we decided that we wanted to turn over a new leaf and start traveling more as a family.  I asked advice from a parent who traveled all over Europe with a 7 year old and a toddler.  I asked, "Wasn't that exhausting?"  He said, "Oh yes.  So exhausting.  But fun!"  I think that's just how you have to look at it. 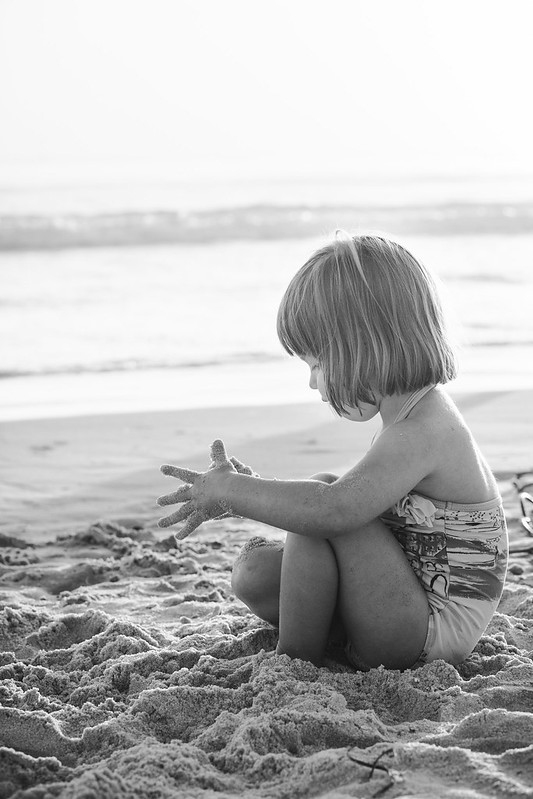 We found some great prices on tickets to San Francisco and there is a tattoo artist in Monterey who tattooed Dan when we went to Kauai 5 years ago.  Dan was a huge fan of his work and wanted another piece by him.  So it all came together serendipitously.  We had planned a vacation in February which we had to cancel when our house flooded, so we were all so grateful that this worked out. 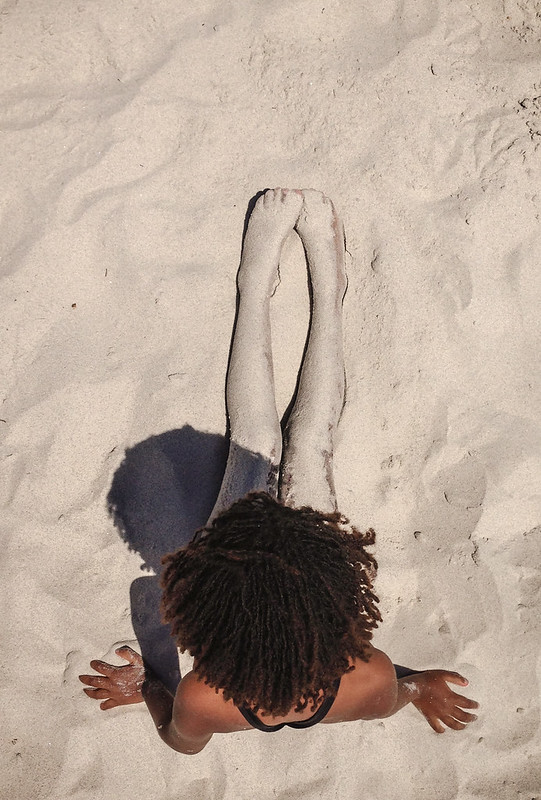 The first day was a travel day - we flew into San Francisco and then drove to Monterey, getting there at 3 am our time, 1 am PST.  The kids did great, all things considered, and Jude and Indigo were so helpful.

We spent two days in the Monterey area.  The first day, we were told to go to Carmel beach.  We totally lucked out and they were in the middle of a heat wave there, with temperatures around 88 degrees.  Perfect beach weather. 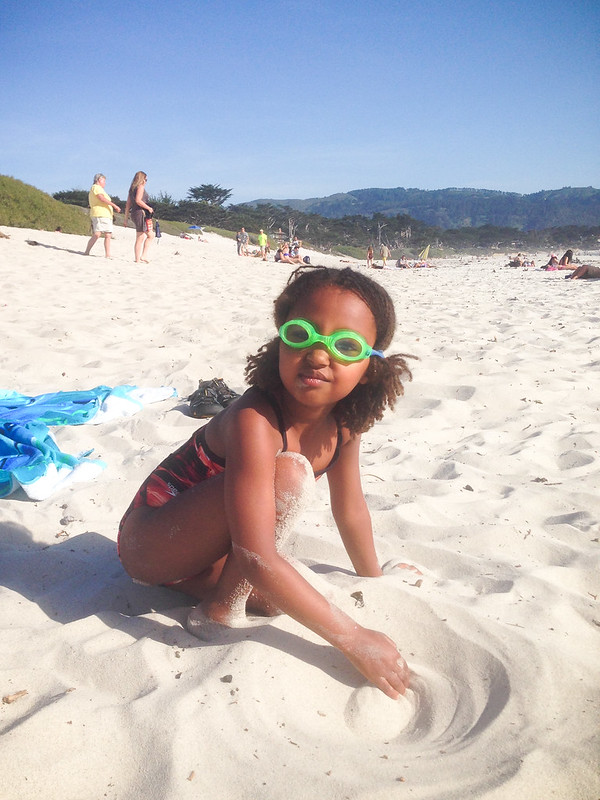 A sea lion came on shore on that first day.  We were told it was sick and they sent animal rescuers to take it to a sea animal care center.  The kids witnessed the whole thing, which was pretty exciting for them.   Of course they were very concerned about that poor sea lion, but it's not every day that you see an animal rescue! 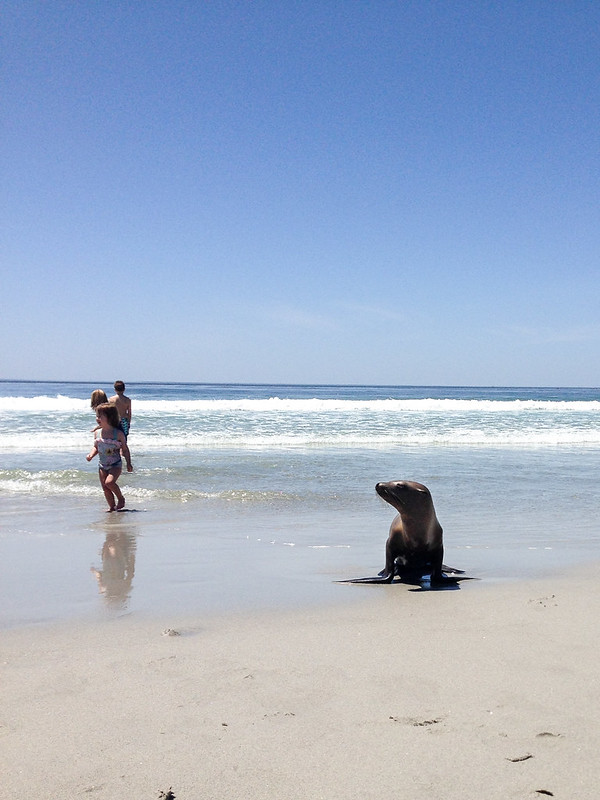 The next day, Dan spent 10 hours getting his new tattoo - 8 1/2 hours of which were spent actually being tattooed.  Pretty intense, right?  So the kids and I were on our own that day.

The five of us ventured out to the Monterey Bay Aquarium, which was really, really cool. 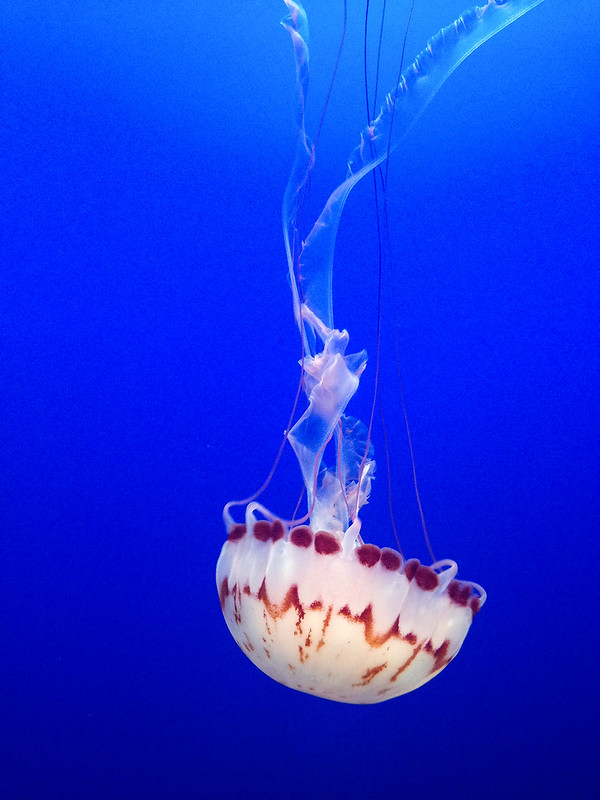 The kids had a great time there - it felt like a mix between an aquarium and a children's museum.  There was so much for the kids to do and they had a fantastic time. 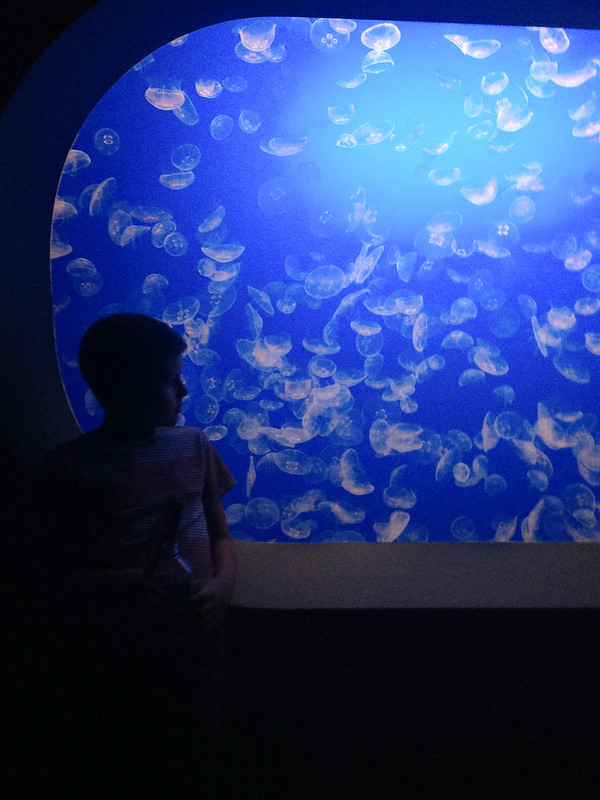 After that we walked to the bay in Monterey where the beach was more gentle and calm. 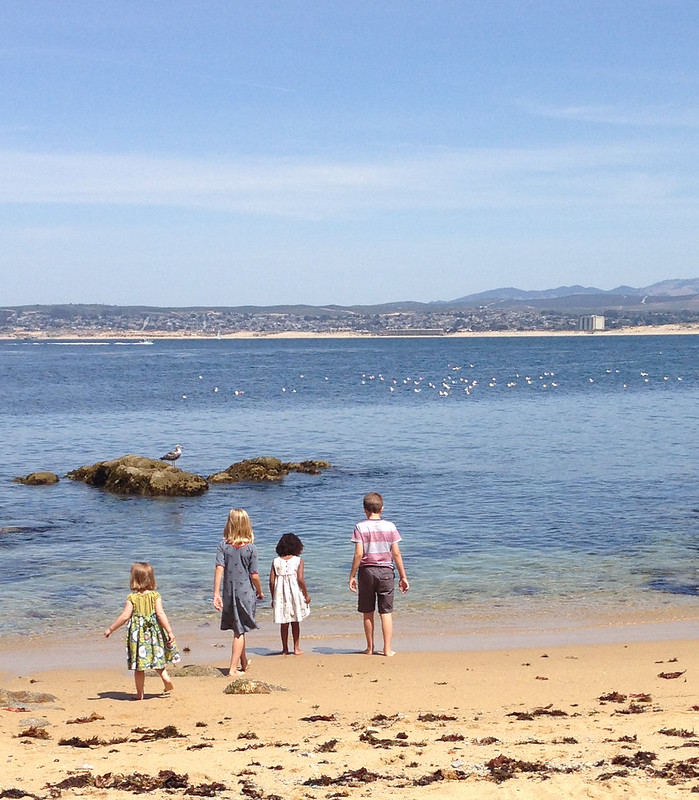 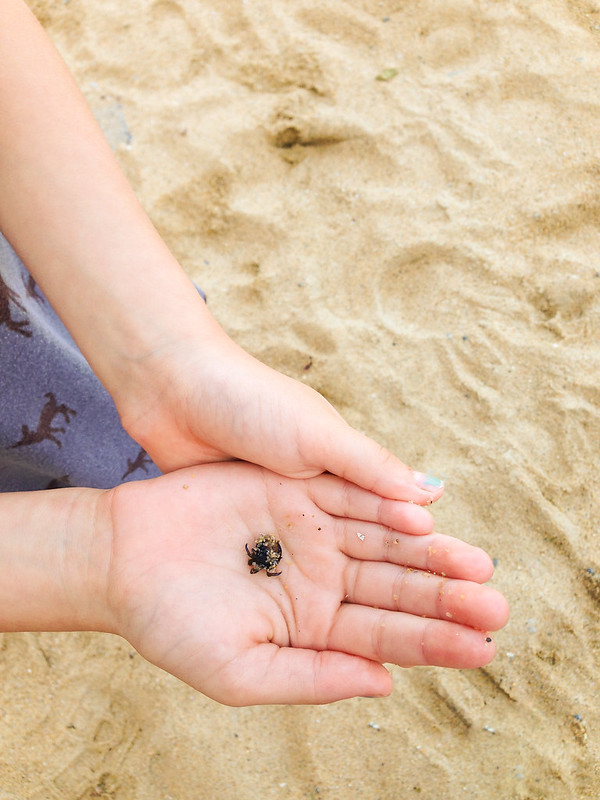 Then the kids and I drove back to Carmel beach. 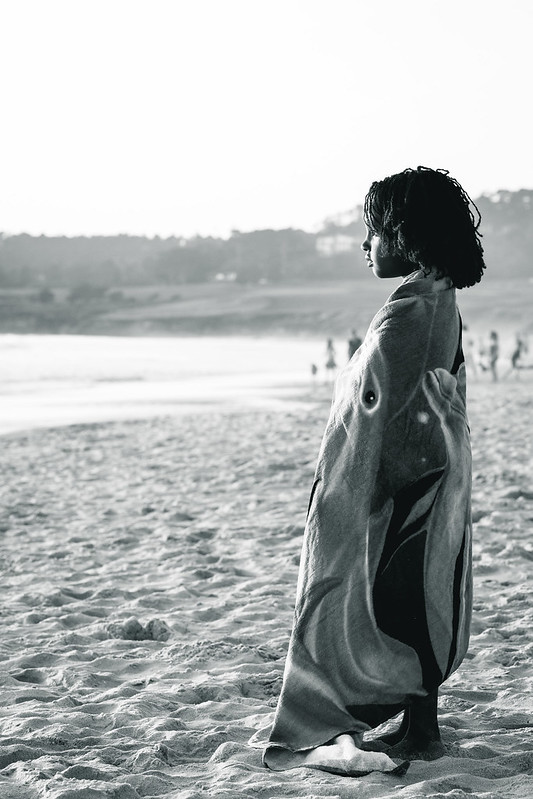 By 7 that evening, Dan's tattoo was finished and we were reunited!

The next day we drove up to San Francisco.  We stayed downtown and spent two days exploring the city.

The first day we were there, the kids walked over 20 blocks to the Fisherman's Wharf. 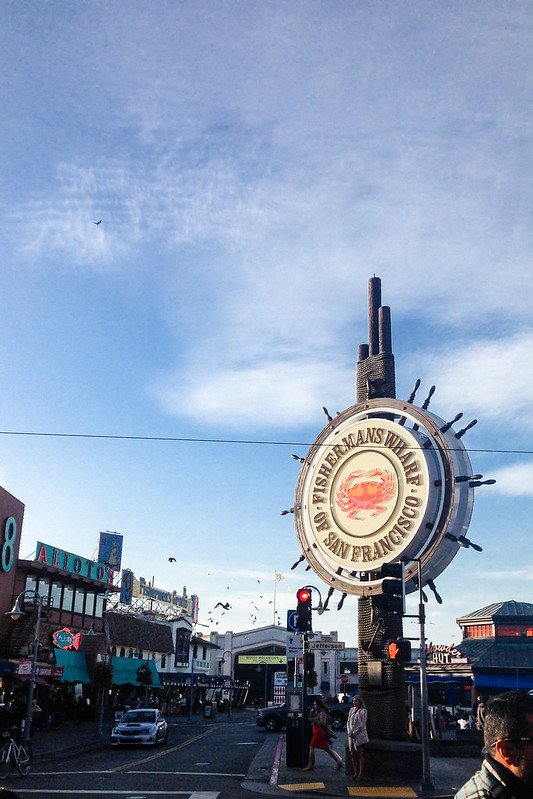 When we got there, they said, "We walked all of this way just to see some sea lions?!"  That's when we reminded them that it's often about the journey and not the destination.  ;)  We walked through Chinatown and were able to see a lot of the city by walking.  And actually, they were troopers about it and I think even felt proud for having done it. 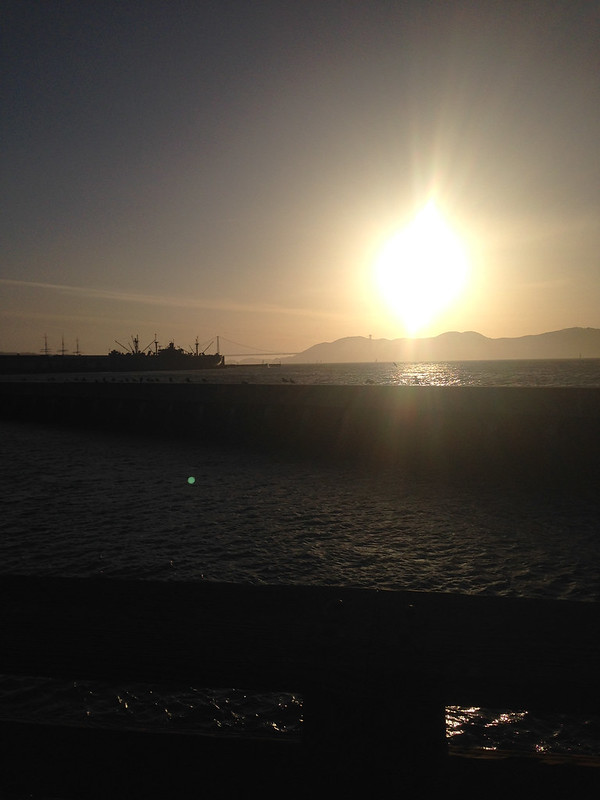 The next day we drove up to see the redwoods.  The kids were completely mesmerized by how enormous they are.  It was definitely worth seeing. 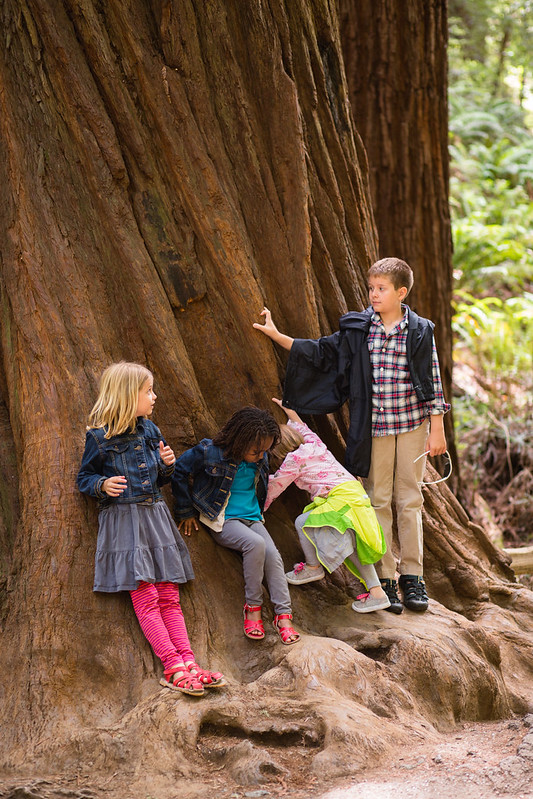 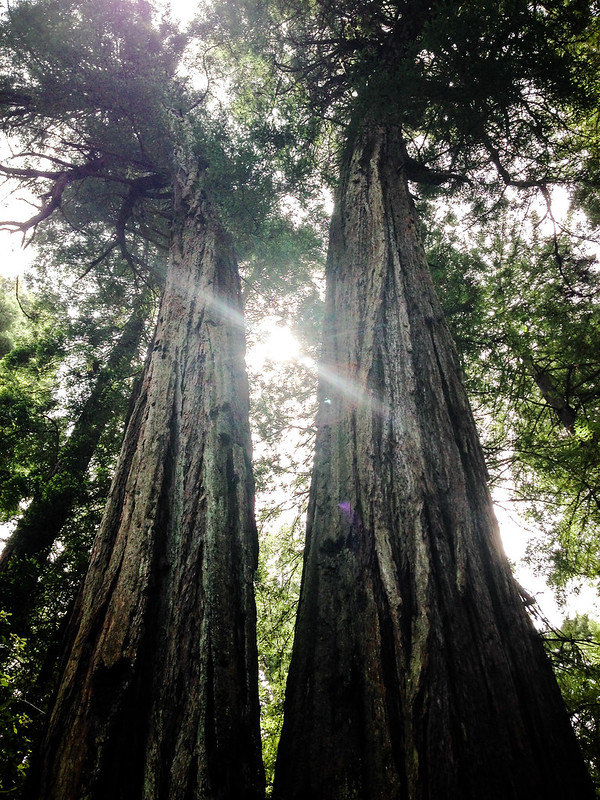 Then later that day we went to the Exploratorium.  The kids thought it was really great.  We walked there - about a mile from our hotel - so we able to see another part of the city.  We did take a trolly back, which the kids loved, too.

Can you believe I went to San Francisco and didn't go to Britex?  There just wasn't enough time to see and do everything.

The next morning, we headed home and had another travel day that thankfully went smoothly. 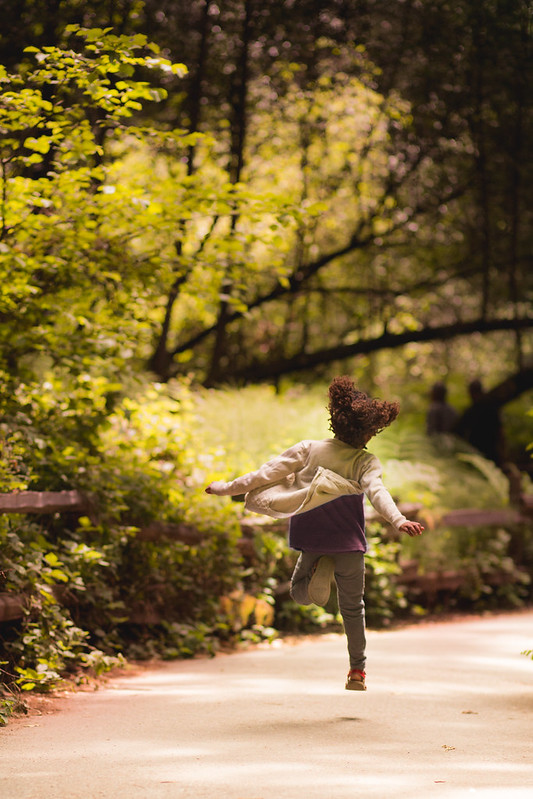 Vacations with young kids can definitely be challenging, but I am so glad we did it.  This was an amazing part of the country to see.  Most of all,  I think it's so important to spend time together as a family, unplugged, without all of the distractions of home.   To be able to be able to have fun, connect, and focus on one another... together.

Empty nesters with cohesive families have given me that piece of advice: to do fun vacations as a family - and that doesn't have to mean fancy ones.  They also tell me to have regular family game, movie or art nights- or whatever your family likes doing together- where you can give one another your undivided attention and enjoy each other.  I love hearing what has worked well for other families and to me, that sounds like advice worth following.