I try to sew for each of my girls on a rotating basis. I had Evie in mind when I saw this in the Spring Miniboden catalog.  Apparently it's called a "cord pinafore".  Who knew?

Despite my best efforts: measuring, trying on, adjusting, in the end this came out way too big for Evie.  But just perfect for Indigo. 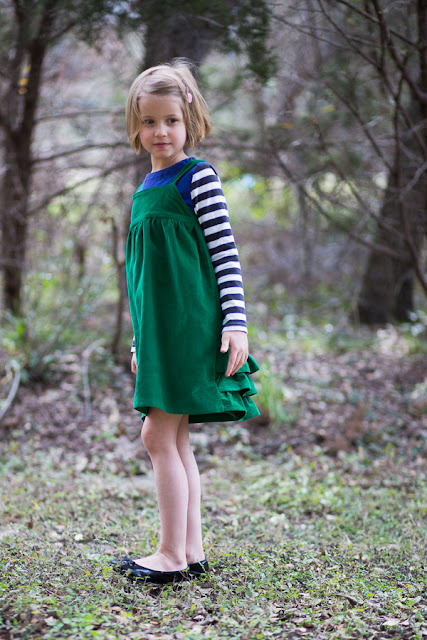 I used McCall's M4814, which I happened to already have in my pattern stash.  (Woot!) 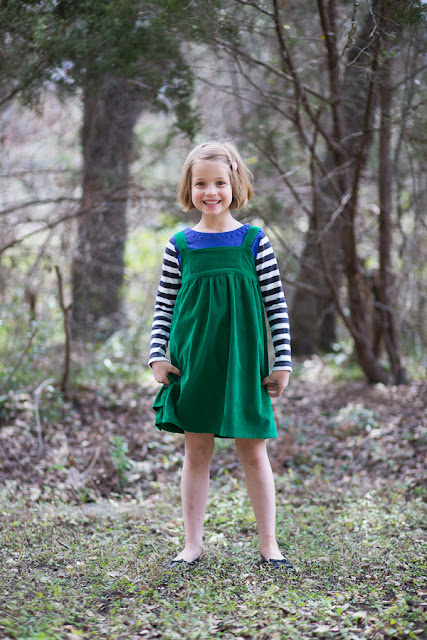 Since I intended it for Evie, I cut the size 4.  I took several inches off the skirt, hoping to get the length just right being I was adding the ruffles to the back (not part of the pattern). 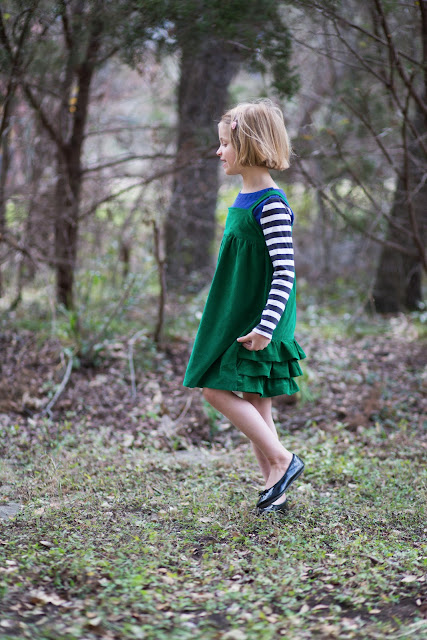 I added the ruffles in a similar way as this. 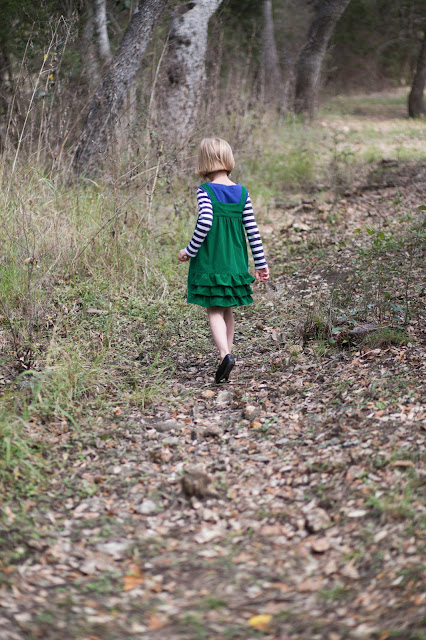 I chose emerald fine wale corduroy.  Not only is emerald the color of the year, but it's also one of the colors in the Ethiopian flag.  I was hoping Evie could wear this dress for Ethiopia day.  (Good thing Indigo saved the day with her suggestion of traditional Ethiopian clothing!) 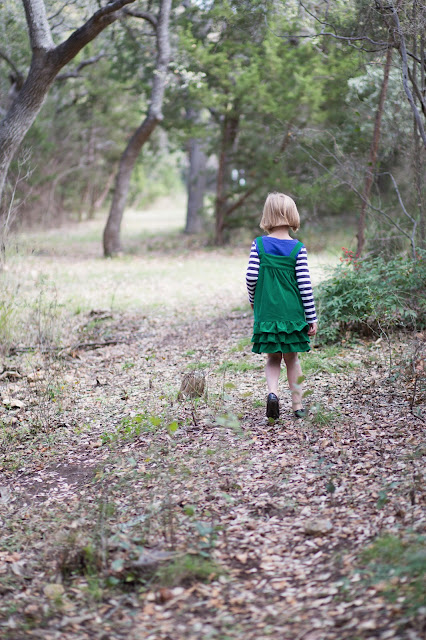 The dress was a great fit (for Indigo!).  But with no buttons or zippers, I had to be ever so gentle as I helped her put it on.  I held my breath, hoping we wouldn't hear any threads breaking.  (Whew - we didn't!) For this more fitted look I was going for, buttons or a zipper would have allowed for more ease in getting the dress on and off.  Just a warning.  :) 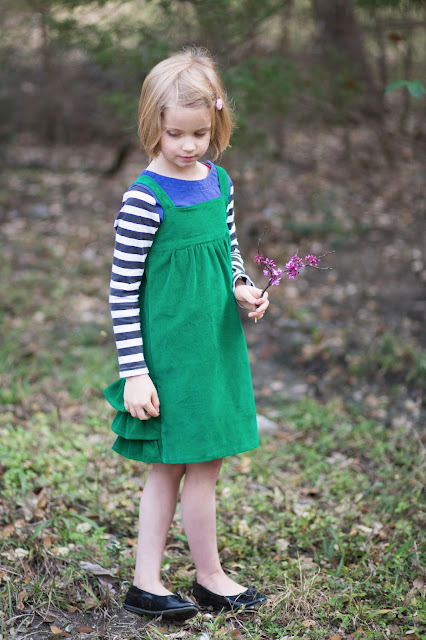 Once on, the fit was great.  Again, keep in mind that I cut the dress in a size 4 and it fit Indigo who normally wears a size 7!  It runs big!  (Oh, yes, I've mentioned that!) 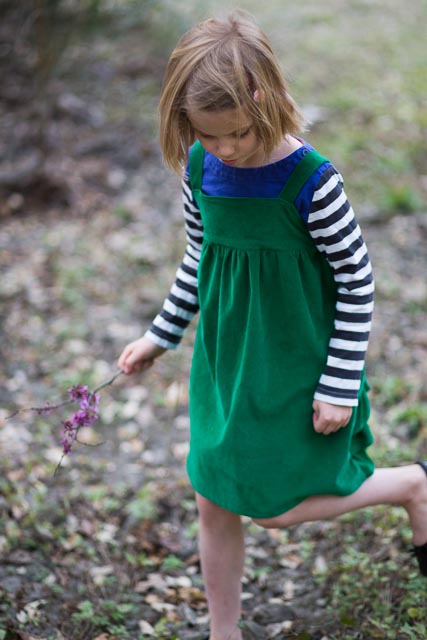 It's not often I get sizing that wrong!  But that's one of the perks of having three girls to sew for - when mistakes like this happen, it's sure to fit someone!  :) 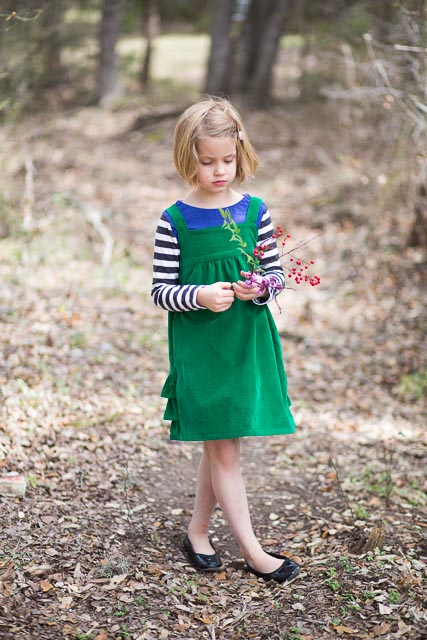 This pattern was easy to sew.  In fact, it took just as long to add the ruffles to the back of the dress as it did to sew the rest of the dress.  It doesn't get much better than that! 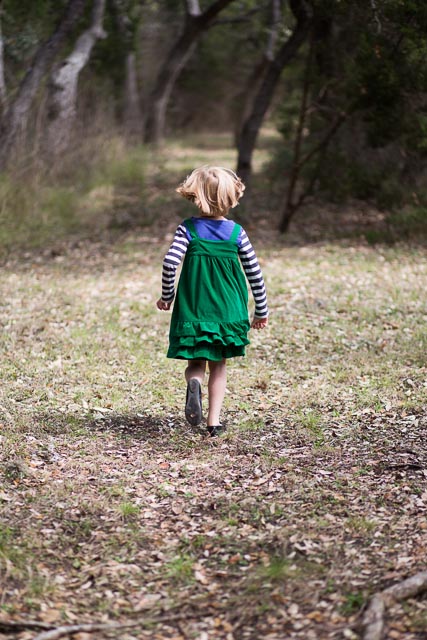 Business in the front, party in the back.

Just right for this fancy, but not too fancy girl of mine.  A girl who wants nothing more than to spend an afternoon running in the woods, slowing down only to collect flowers.